Vivian Ward is back! Julia Roberts attended a special performance of Pretty Woman: The Musical at Broadway’s Nederlander Theatre in New York City on Thursday, August 2. 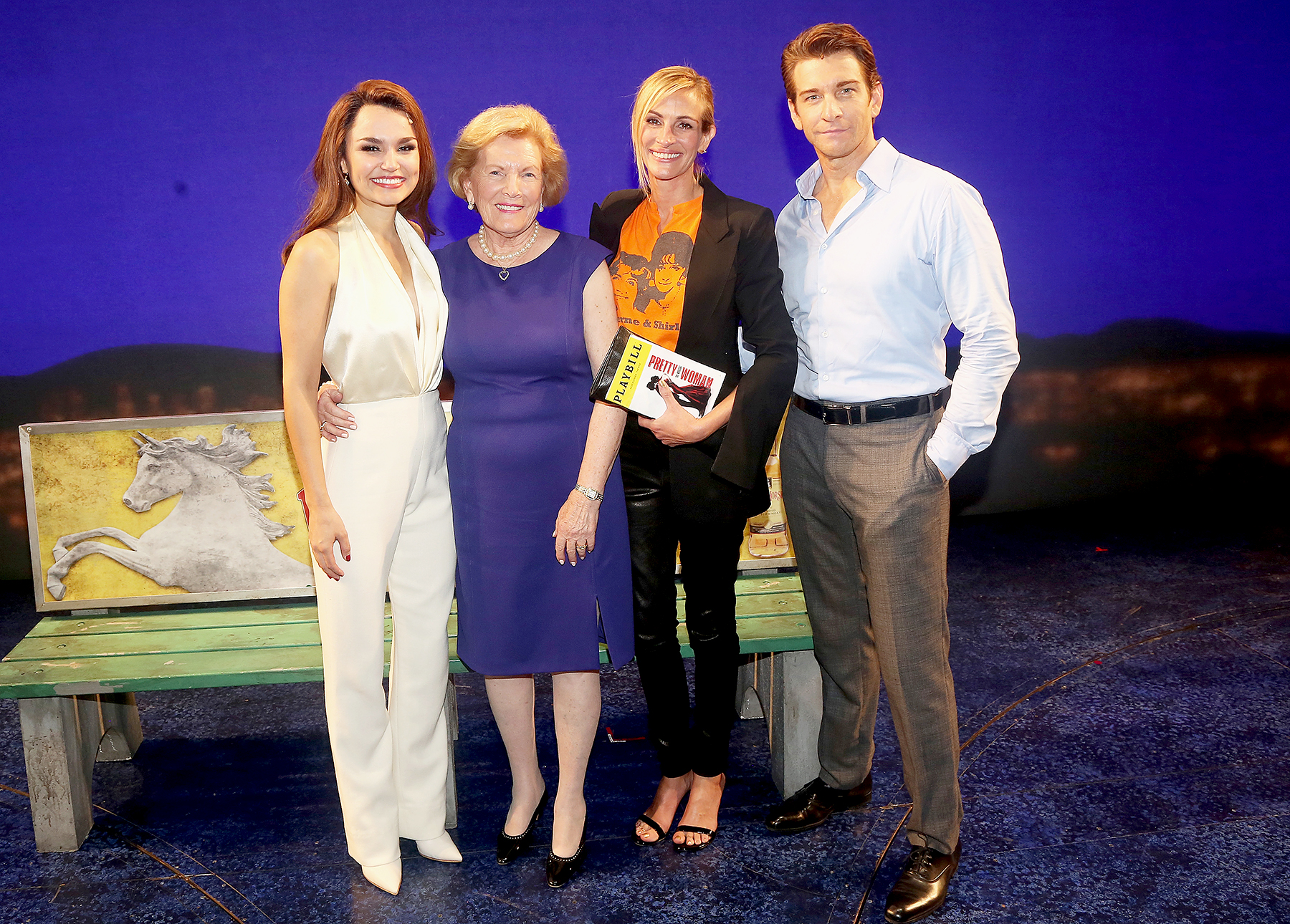 Roberts was joined by the Marshalls’ children Kathleen and Scott. They also posed for photos with the stars of the stage adaptation, Samantha Barks and Andy Karl.

Several playgoers tweeted that Roberts jokingly shushed audience members when they cheered for her as she took her seat. After the musical ended, the producers announced that a seat in the back row of the theater will include a plaque in his honor. The director died at the age of 81 in July 2016. 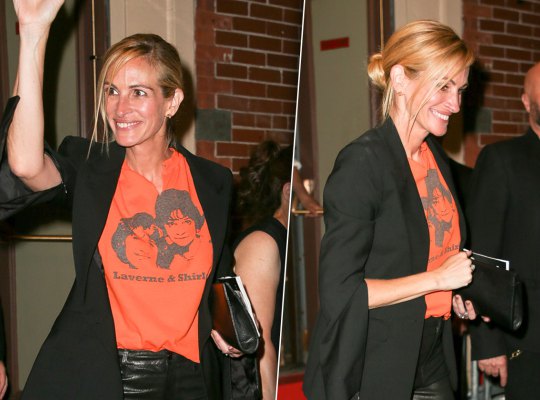 Roberts made a name for herself in Hollywood in Pretty Woman opposite Richard Gere. She played a down-on-her-luck prostitute who ends up falling in love with a wealthy businessman named Edward Lewis (Gere). Roberts received Oscar and Golden Globe nominations for her role in the blockbuster.

Former Walt Disney Studios chairman Jeffrey Katzenberg revealed in March 2017 that Roberts’ character was supposed to die from an overdose in the original ending of the flick. “Convincing [people] that we should make that at the Walt Disney Co., and that it’s a fairy tale and a princess movie, a lot of people had a hard time seeing it,” he said at a Q&A session in NYC. “But, as they say, the rest is history.”

Pretty Woman: The Musical opens on Broadway on Thursday, August 16.