Shocking moment retired Chinese restaurant owner, 71, is ‘randomly’ executed in Chicago as he went to buy a newspaper one block from his house

A 71-year old Chicago man was executed a block from his Chinatown home in a suspected random attack on his way to buy a newspaper Tuesday afternoon.

Dramatic footage reveals the moment Woom Sing Tse, a retired restaurateur, was walking by the Haines Elementary School, in Chinatown, when a silver two-door car slows by him.

The unidentified driver, believed to be in his 20s, pulls out a gun and begins shooting Tse, who falls to the ground.

The driver parks, steps out of the vehicle, and continues to unload his gun on the wounded man, killing him.

Tse, a Chinese immigrant who’s lived in America for nearly 50 years, was taken to the nearby Stroger Hospital, where he was pronounced dead. 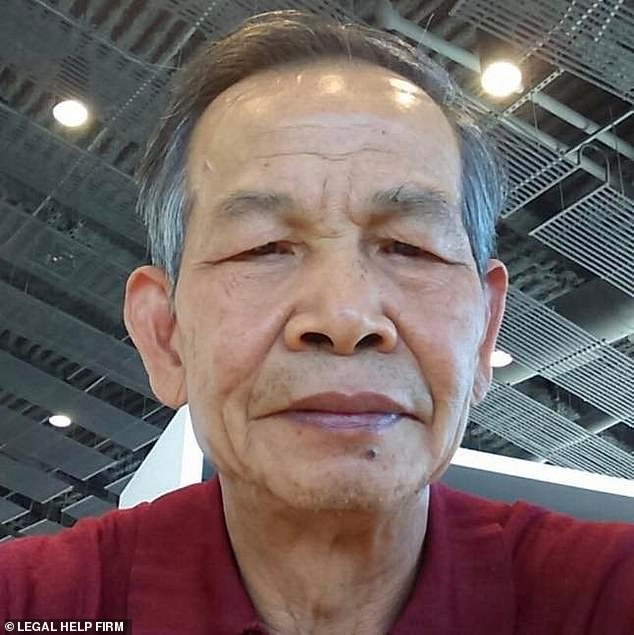 Woom Sing Tse, 71, a retired Chinatown restaurant owner, was shot multiple times in the head and executed in a random attack on Tuesday afternoon 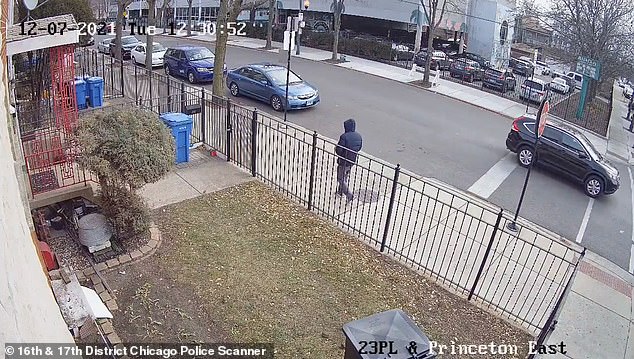 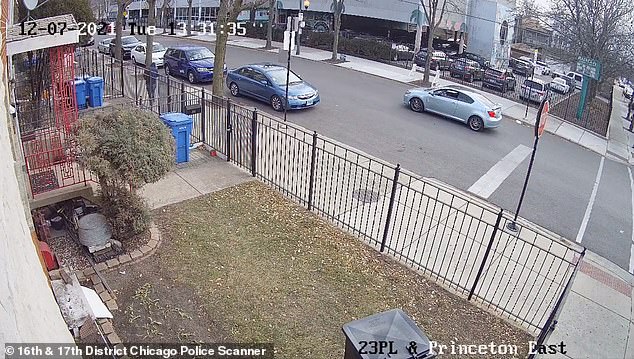 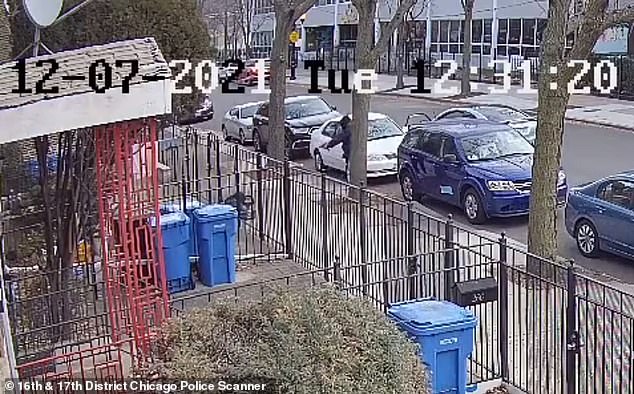 The driver steps out of the vehicle to kill Tse, who was lying injured on the ground

Chicago police arrested a suspect a short time later on the Kennedy Expressway near Jackson, and a gun was recovered, NBC 5 reported. Charges are pending, and police have yet to reveal a motive behind the grizzly murder.

Police said the investigation is on-going, but sources told CBS that the suspected killer is in his 20s and has a criminal record. The sources said the initial investigation shows that the murder appears to be random.

Tse’s son, William, called the murder ‘senseless’ and told the Chicago Sun Times that he had eaten lunch with his father just before the murder.

William said his mother wanted to go buy a newspaper, but Tse volunteered to go instead because it was too cold outside.

William added that his sister works at the Haines Elementary School, where some of the young students witnessed the shooting.

‘I was actually at recess, I was by the gate of the shooting, and my teacher told me her dad got shot,’ Malyaiya White, a 4th grade student, told Fox.

The shooting triggered a lockdown at the school as White said she heard at least 13 shots fired.

‘It was really dark, and my friend was crying and panicking. Others were on their phones. The teacher was terrified as well — she was just sitting there she wasn’t saying a thing,’ eight grader Demiyah Johnson said. 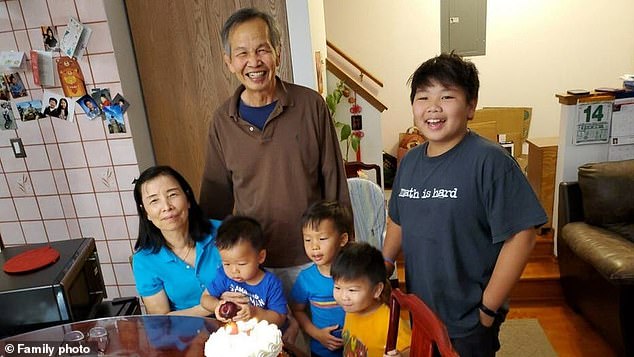 Tse, pictured with his family, was a father of three and grandfather of nine 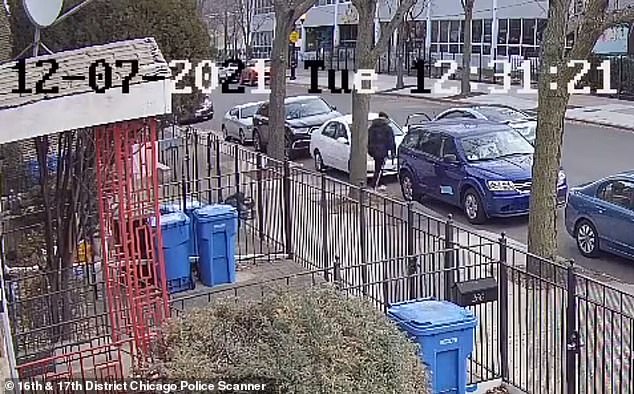 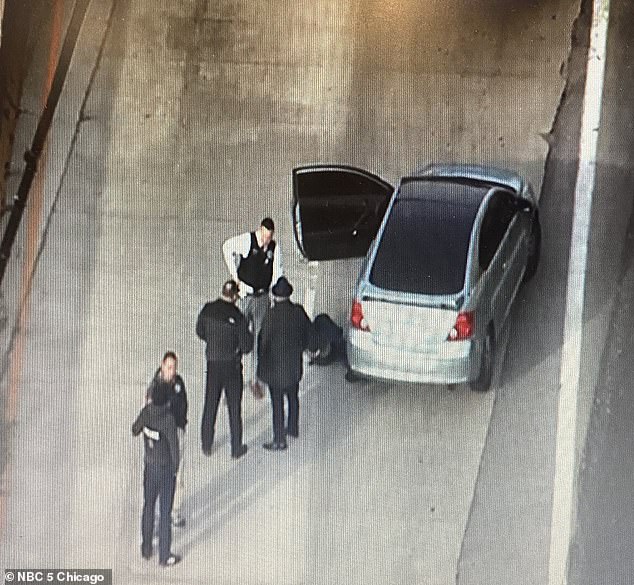 Chicago police arrested the suspect on the Kennedy Expressway in Jackson 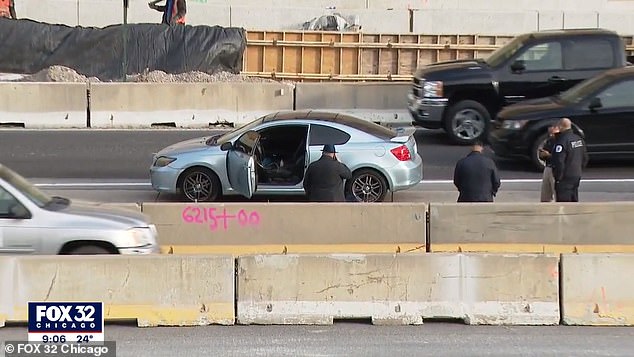 Charges are pending, and police have yet to reveal a motive behind the grizzly murder

William said his dad was a staple in the community who opened two restaurants in Chinatown and took care of his three children and nine grandchildren.

‘My dad was the epitome of the immigrant coming to America and taking chances,’ William told the Sun Times.

He added that with his father gone, he doesn’t think his mother will be able to ‘walk in Chinatown anymore.’

Members of the community held a small vigil for Tse outside the Chinese Christian Union Church on Tuesday night.

‘[We] pray for hope and healing for the victim, and his family and the children who were rocked and shaken by today,’ Chris Javier, a member of the Chinese Christian Union Church, told Fox.

Javier noted that since late 2020, the US saw a rise in anti-Asian violence, which caused local elders to hesitate going out alone.

It was because of the wave of anti-Asian violence that the church group helped installed 20 cameras in the neighborhood, one of which recorded the shooting. 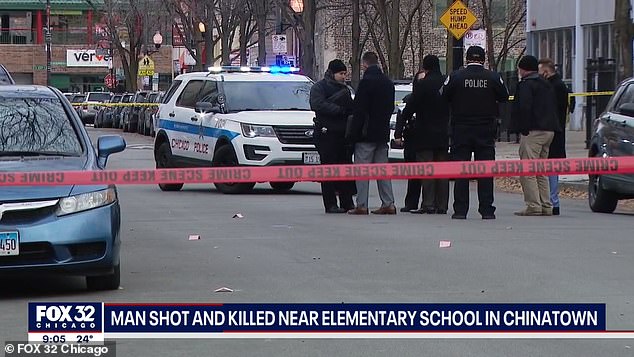 The incident took place just outside the Haines Elementary School, where Tse’s daughter works. Some of the young students said they witnessed the crime 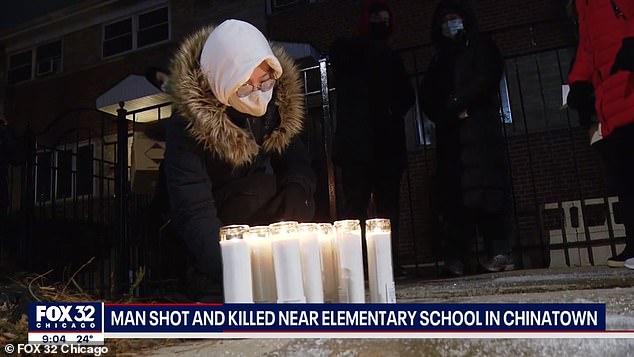 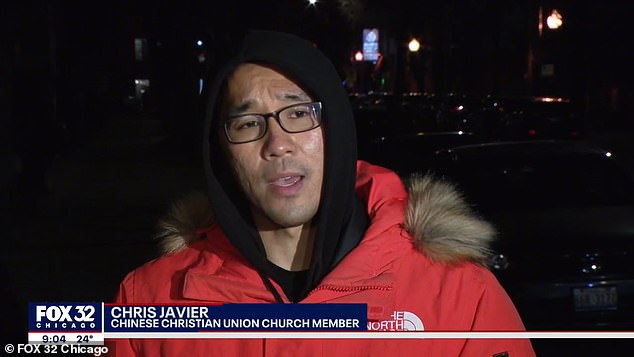 Chris Javier, who helped hold a vigil for Tse on Tuesday night, said members of the community had installed 20 surveillance cameras in the area following a wave of anti-Asian crimes in 2020

Violent crimes have been on the rise across the Windy City. As of December 5, 2021, there have been 756 murders, a 4 per cent rise from the 727 by the same time last year.

Shooting incidents have also increased this year, with the Chicago Police Department reporting 3,347 so far in 2021, a 9 per cent increase from last year.

Robbery was the only violent crime to see a drop so far this year by about 2 per cent. 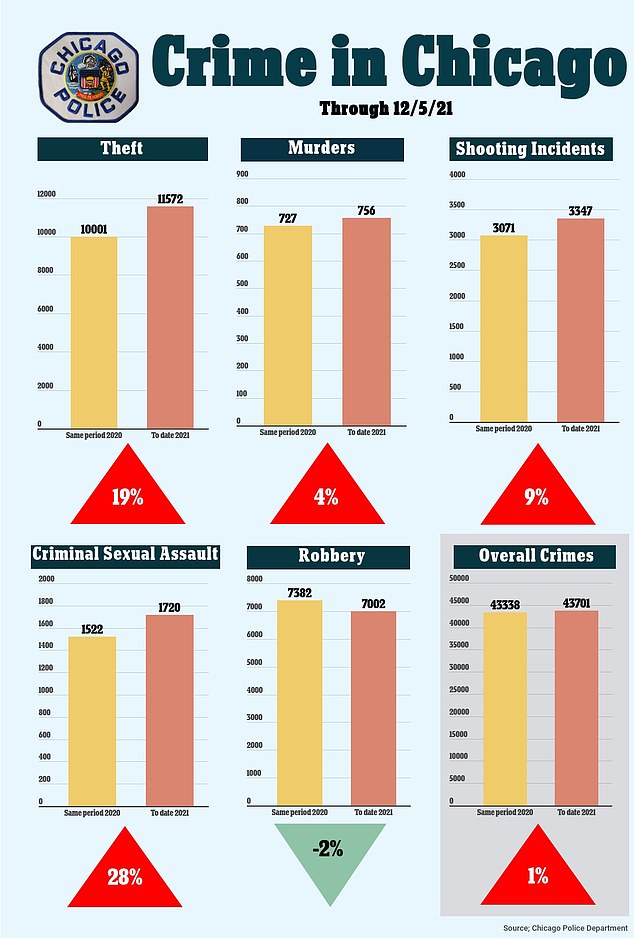 Most violent crime in Chicago has seen a significant spike, with only robberies seeing a recent drop. Overall crime in the Windy City has gone up by 1 per cent

The city is reeling from a terrifying machine gun shooting that left three dead and another 40 injured over the Thanksgiving weekend.

Chicago Mayor Lori Lightfoot has come under fire for the way she has dealt with crime after she publicly backed the ‘defund the police’ movement and proposed slashing $59million from the CPD budget, or 3.3percent, and 600 vacant positions from the department, amid Black Lives Matter protests throughout the summer of 2020.

Her death was the first fatal shooting of a Chicago officer in the line of duty since Lightfoot took office and the first female officer fatally shot on the job there in 33 years.

Following the August killing, Lightfoot unveiled a new plan to ‘refund the police’ which lifted the Chicago Police Department’s annual budget from $1.7billion to $1.9billion. 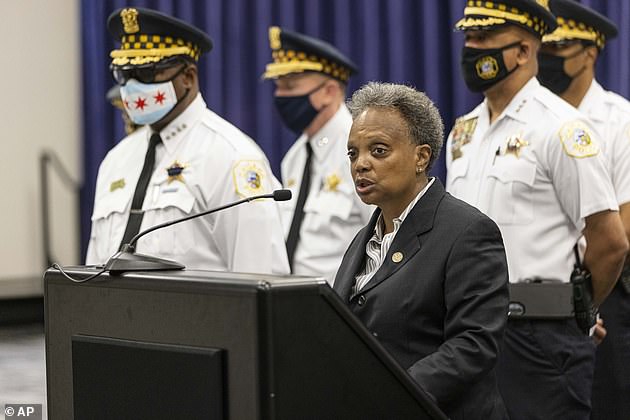 Despite publicly supporting calls to ‘defund the police’, Chicago Mayor Lightfoot backtracked in August after the death of officer Ella French and proposed a new plan to ‘refund the police’ 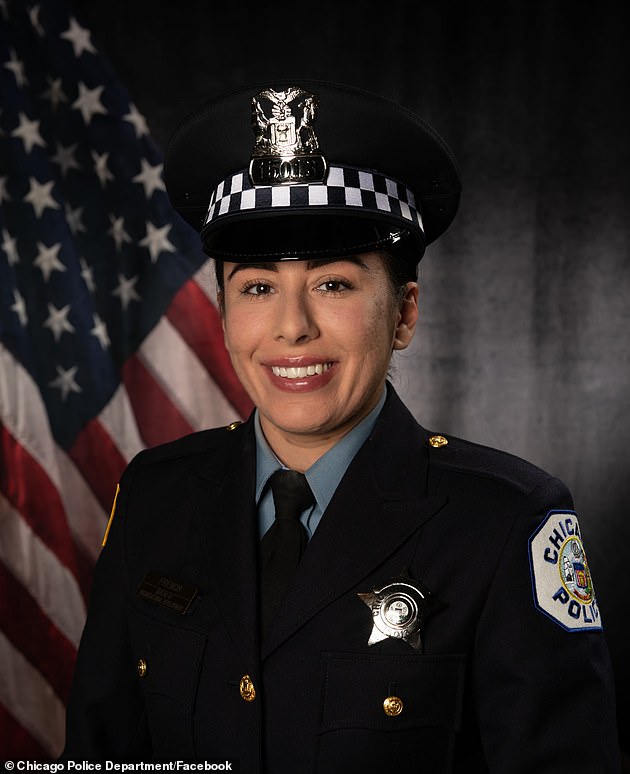 But about two weeks after the tragedy, over Labor Day weekend, Chicago was swept by another wave of violent crime that saw a four year-old boy die after he was shot twice in the head through a window of his dad’s home while he slept.

Elsewhere in the city, seven other children were among those injured in shootings over the holiday weekend, outraging residents citywide.

Lightfoot has since denounced the ‘defund the police’ movement, but Chicago’s police union still issued a vote of ‘no confidence’ in the mayor.

She is also at odds with police over a jab mandate that last month saw nearly 50 per cent of the force threatened with unpaid leave if they failed to declare their vaccinations status.