A FEMALE reporter groped by a pervert on live TV has slammed "the man who violated, objectified and embarrassed me".

Alex Bozarjian was reporting on a race from Georgia when a male jogger behind her suddenly slapped her bum. 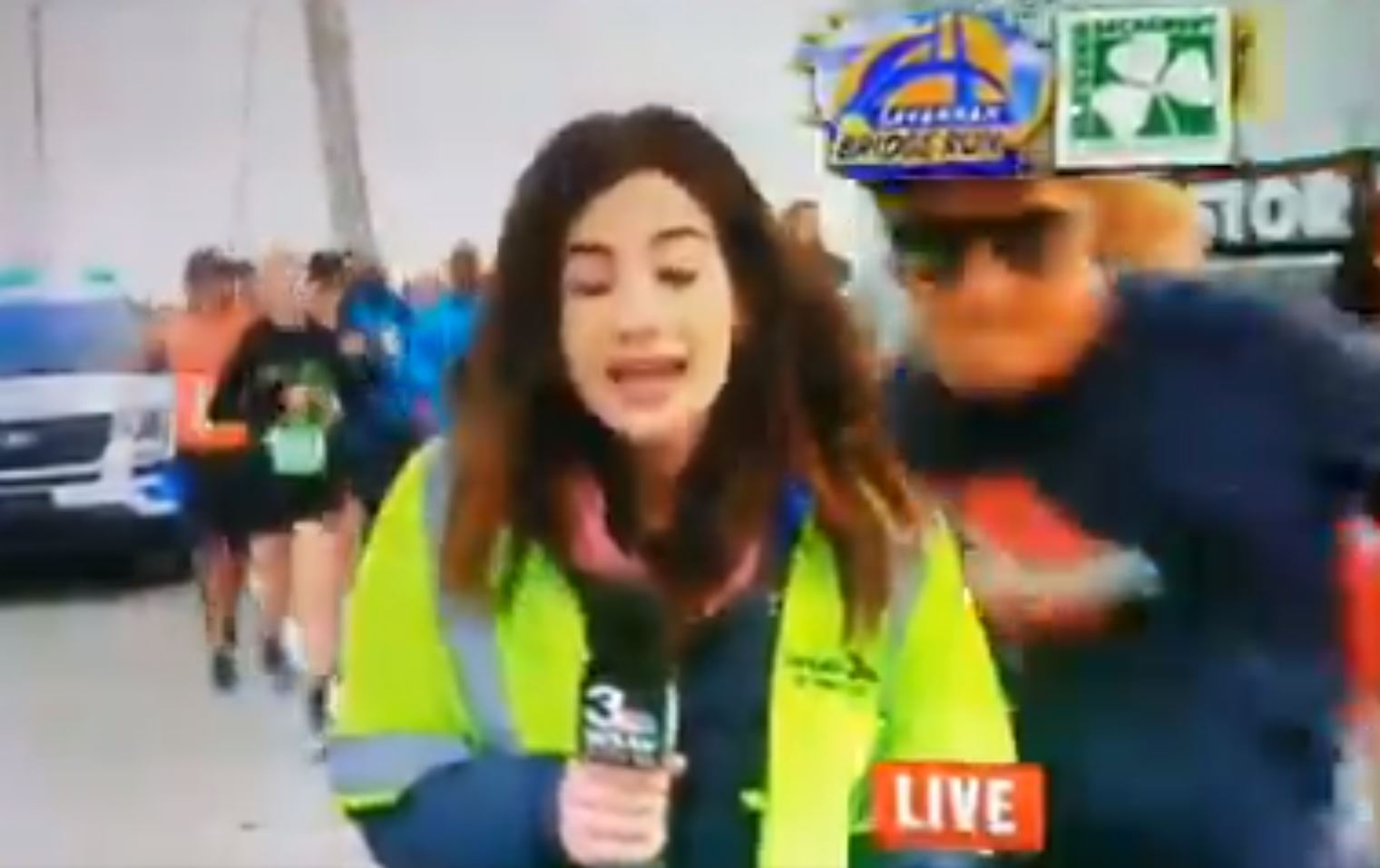 Shocked and clearly startled by the pervert – who was wearing a hat and sunglasses – she stared at him, before continuing her commentary on the Savannah Bridge Run 10K for WSAV.

Alex tweeted later on Saturday: “To the man who smacked my butt on live TV this morning: you violated, objectified, and embarrassed me.

“No woman should EVER have to put up with this at work or anywhere! Do better.”

She received a flurry of support, with Emma Hamilton, a reporter for WJCL, saying: "You handled it with grace, my friend.

"This is not acceptable and the community has your back."

What happened today is 100% unacceptable.

Dan Draper commented: "This made me very sad and I'm sorry this happened.

"Beside the obvious (sexual) assault aspect that should be taken seriously, it's clear that you had one of those awful moments where someone rudely makes you feel vulnerable or small but you have to continue what you were doing."

Alex's tweet prompted another person to respond: "She made the choice to continue what she was doing because she feels economic pressure to [conform] to the industry's standard of behaviour.

"In that moment she was alienated from her true feelings, and coerced to act against her nature."

Robert Wells, director of the Savannah Sports Council, tweeted that he would track down the pervert.

He said: "Alex, what happened today is 100% unacceptable. You have my assurance we will identify him."

A spokesperson for the Savannah Police Department said that cops have spoken with Alex about the assault.

They said: "All I can say is we have made contact with Alexandrea and we are definitely going to be working with her in any capacity on how she'd like to move forward with this incident."

Last year, sports reporter Maria Fernanda Mora hit a fan with a microphone after she was allegedly groped live on air.

She was outside the Guadalajara stadium doing a piece to camera when a group of fans start chanting behind her.

Maria later explained: "What happened to me at dawn on Thursday, happens to thousands of women every day in public spaces.

"The difference is that it happened to me during a live link on television and I decided to defend myself." 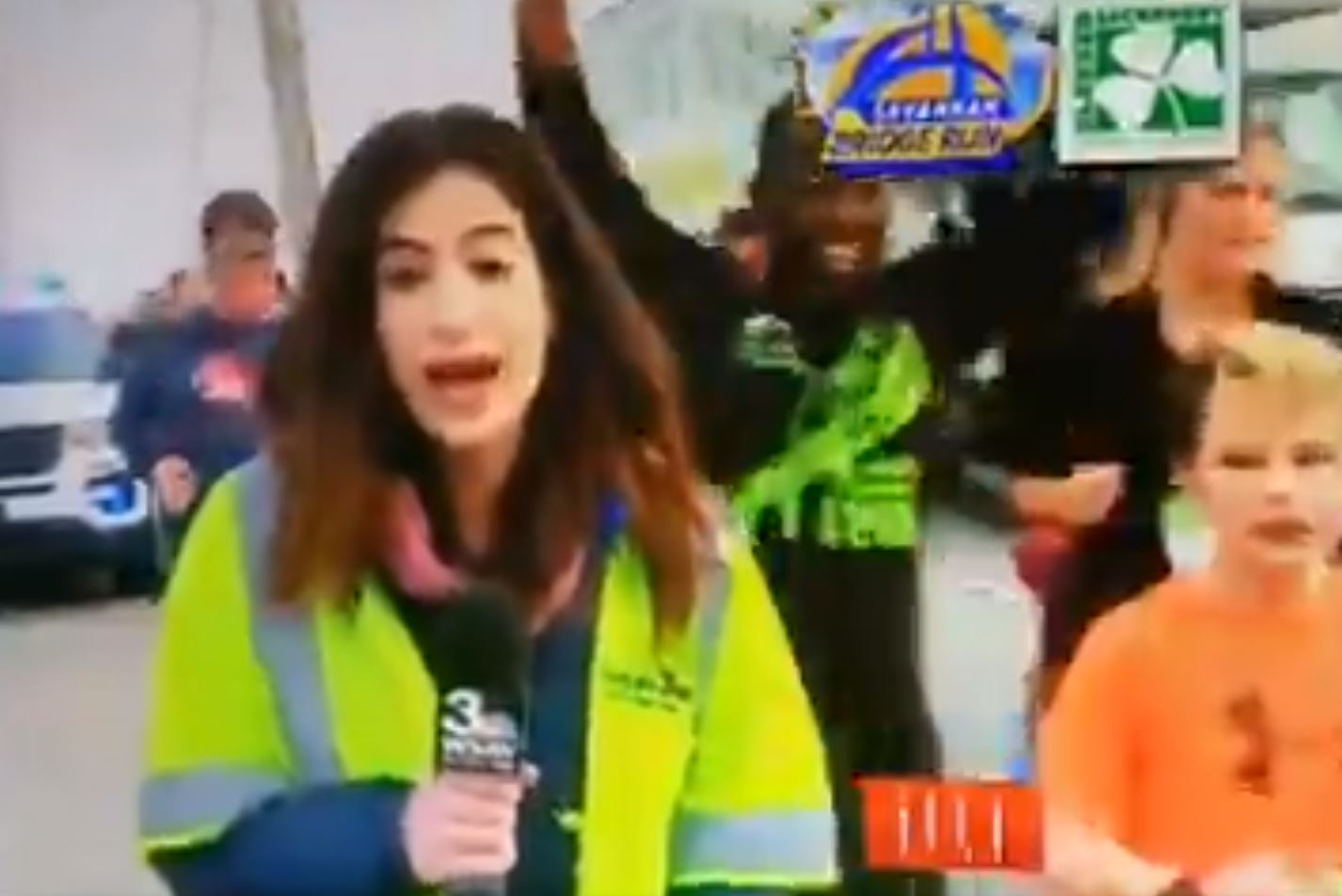 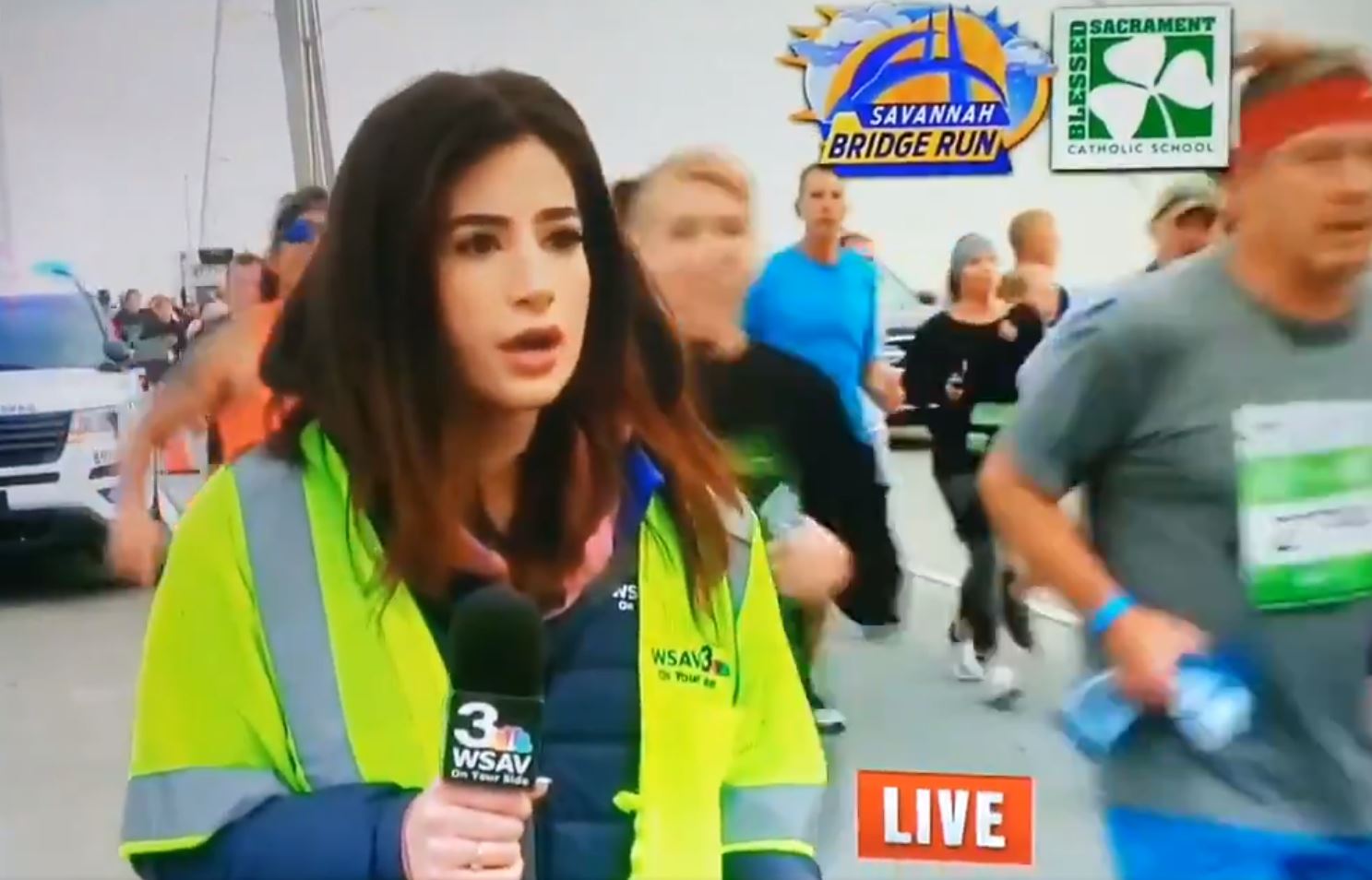 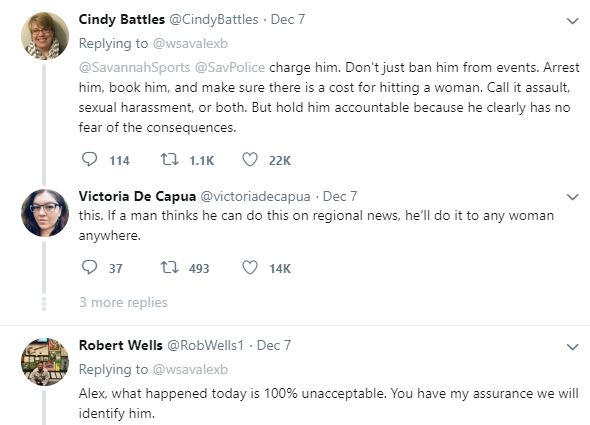