Parents of Oxford High School students are crediting a Michigan-based security company for saving lives during a Nov. 30 shooting at the school that left four students dead.

Nightlock, which has been selling locks to schools for nine years, has installed nearly 700 door barricades at schools in the Oxford Community School District over the last two years, co-founder Joe Taylor told Fox News.

“Our hearts and minds go out to the families of the victims of the Oxford School shooting, and we just want to continue to help in any way we can,” Taylor said.

Each classroom at Oxford High School has at least one Nightlock barricade. The company’s “phones have been ringing off the hook” since its locks garnered national attention for potentially preventing more casualties during the shooting, Taylor said.

The locks – which are used in more than 4,000 schools across the U.S., as well as in government buildings, military buildings and medical facilities – provide a backup to standard door lock hardware when those fail. The locks mount to the bottom of a door so they are out of reach from intruders. Students and teachers are trained to engage the lock in the event of an emergency. The “Nightlock lockdown” tool, an optional mass-notification system, will alert all the teachers in a school building and local law enforcement via text if a classroom engages the lockdown product.

Despite the credit his company is receiving, Taylor insisted that Nightlock was just one piece of a much larger puzzle. Oxford High School was more prepared than others Nightlock has worked with in preparing for such an emergency, which likely also helped prevent more casualties, he explained. 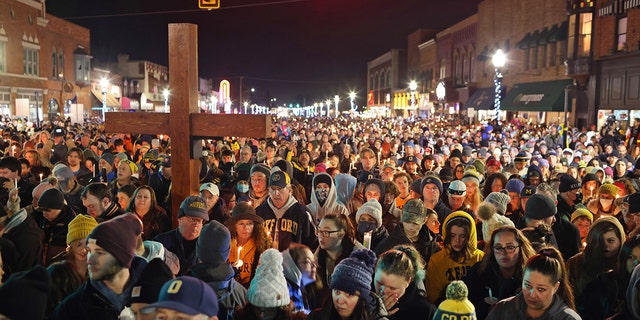 People attend a vigil downtown on Dec. 3, 2021 in Oxford, Michigan, to honor those killed and wounded during the recent shooting at Oxford High School.  (Scott Olson/Getty Images)

“Thank you… Specifically to Joe, we’re so grateful for what you did, and I hope you know that what you do saved so many kids,” she said, according to WEYI.

Shooting suspect Ethan Crumbley is accused of bringing a gun to school on Nov. 30 and shooting multiple people, killing four students and injuring seven others. He is charged with murder and terrorism, among other offenses.

Parents believe the death toll could have been higher if classrooms were more easily accessible. 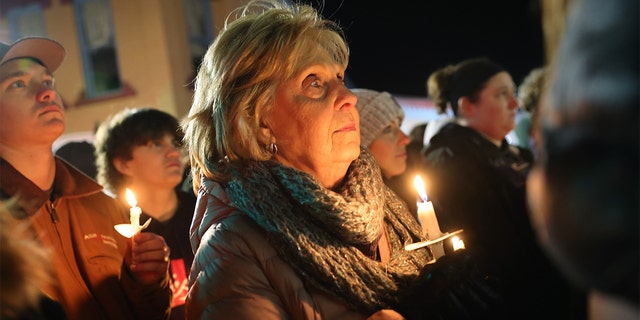 People attend a vigil downtown on Dec. 3, 2021, in Oxford, Michigan, to honor those killed and wounded during the recent shooting at Oxford High School.
(Scott Olson/Getty Images)

“Nightlock worked. They should be in every building, in every school… ” Oxford High School parent Rick Morris told the outlet.

Michigan passed a law in 2020 allowing schools to install temporary locking devices or systems in classrooms to enhance the safety of students in the event of a school shooting.