On a night in which it was windy and cold and difficult to throw, the New England Patriots and coach Bill Belichick opted to forego balance and run the ball.

Yet, as the Patriots beat the Bills 14-10 Monday night to strengthen their hold on the AFC's No. 1 seed and move a game-and-a-half ahead of Buffalo in the AFC East standings, Bills coach Sean McDermott diminished the impact Belichick had and instead focused the blame on his own team.

"Let's not give more credit than we need to give credit to Bill Belichick in this one," McDermott said after the game. "Whether it's Bill or anybody else — they beat us, right? You sit here and you tell me when we start with an average starting field position at the 40-yard line and he starts at the 23-yard line, and I'm rounding up in both cases, and we were one-for-four in the red zone, and they were zero-for-one in the red zone? You give me that ahead of time then I like my chances. I like my chances. 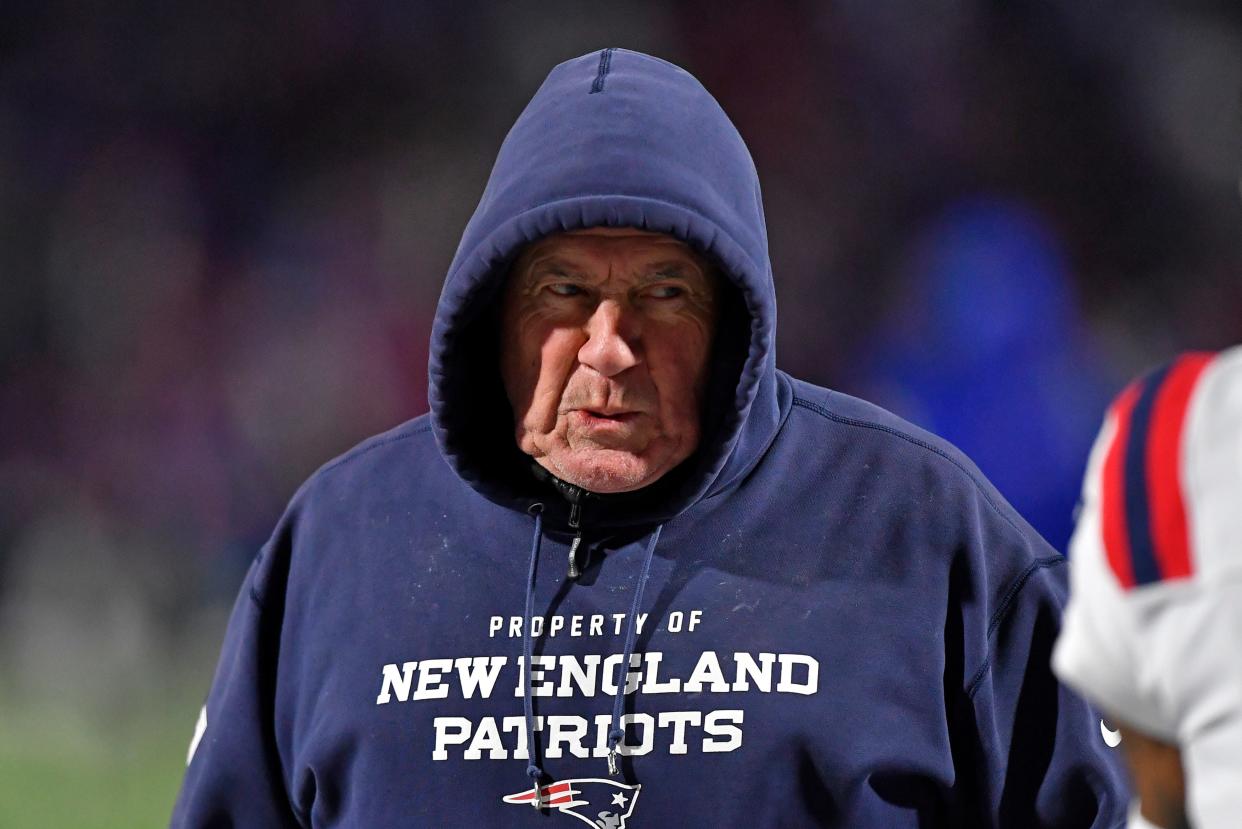 The Patriots (9-4) dialed up only three passing plays all game, with rookie Mac Jones completing two of them for 19 yards. Yet, Belichick and offensive coordinator Josh McDaniels crafted an offensive game plan that broke down Buffalo's (7-5) determination — and chances of winning — to the tune of 222 yards on 46 carries.

On the other side of the ball, the Patriots focused on forcing Buffalo's hand into an issue that has plagued them all season long: While Buffalo's rushing offense has been productive at times this season, it has been situationally ineffective and the offense has become disjointed. Quarterback Josh Allen, therefore, has had to press to make plays.

Belichick and the rest of Patriot coaching staff, however, stayed consistent and stuck with their plan. Even as the offense converted only two-of-12 third-down attempts, resulting in six punts, New England did not deviate from its plan to overwhelm Buffalo with the rush.

And, yes, McDermott is right. The Bills did struggle in the red zone. But perhaps he downplayed Belichick's role too much. Red zone defense is something the Patriots have excelled in all season long; New England ranks second in the NFL with opponents scoring touchdowns on only 45.71% of trips inside the 20.

The Bills now travel to face the defending Super Bowl champion Tampa Bay Buccaneers (9-3) next week, while the Patriots will be on their bye week.