The Panthers board held a meeting on Monday afternoon after months of speculation about the coach's future, confirming Griffin's contract will be ripped up with more than two years to run. 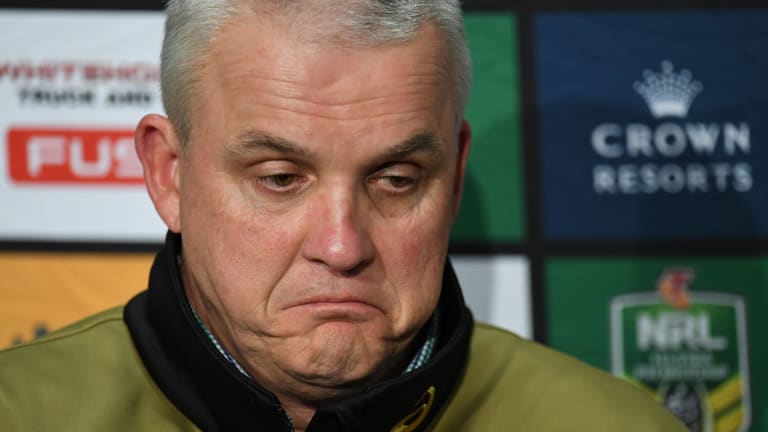 Griffin's assistant Cameron Ciraldo is set to take over for the rest of the season.

The Panthers will confirm Griffin's axing later on Monday.

Penrith has chalked up miraculous comeback wins in the last two weeks, mowing down big deficits to both the Sea Eagles and Raiders to keep their top four hopes alive.

They are in fifth spot, trailing only the Dragons for a spot in the top four on points differential. But it hasn't been enough to save Griffin. 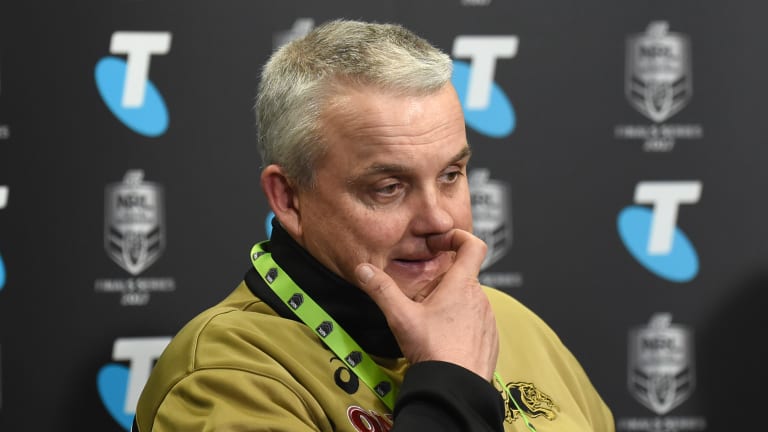 Sacked: Anthony Griffin has been axed by Penrith after the weekend’s scratchy win over Canberra.