Trotting majestically around his paddock, mane blowing in the breeze, Frodo is happy with life.

For he has just become a national champion pony, four years after being rescued when on the brink of death.

The black and white cob was abandoned as a foal. He was found lying in a field of mouldy hay, infested with worms and lice. 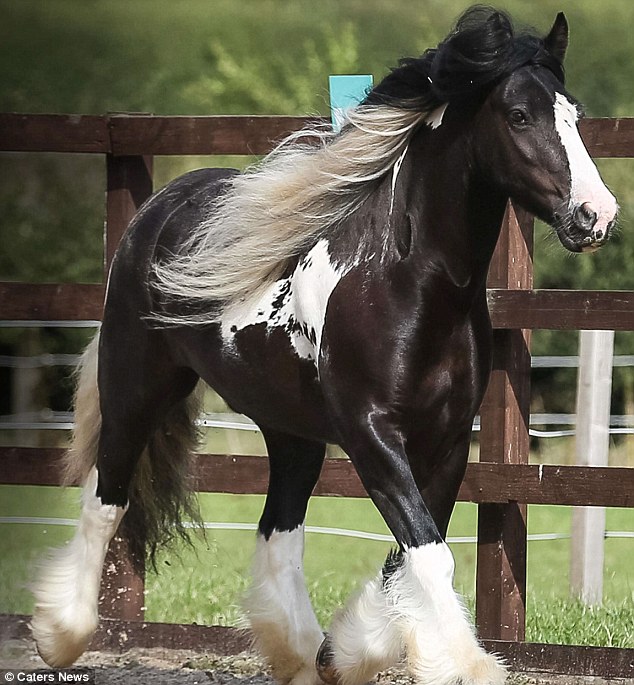 He did not have the strength to stand and, with no food or water, would not have survived another day.

A caller alerted the World Horse Welfare charity, who took him from the field in Cheshire to its Penny Farm in Blackpool after efforts to find his owner failed.

Now he has not just been nursed back to health, he has been transformed into a champion.

Penny Farm manager Fran Williamson said: ‘Frodo’s transformation is truly amazing. It is a true testament to the hard work and dedication of the team who cared for him, and we couldn’t be prouder.’