POLICE in Portland declared a riot on the Fourth of July, marking the 38th consecutive day of civil unrest in the city.

Demonstrations in the Oregon city have been taking place ever since the death of George Floyd in Minneapolis – however violence mounted during the protest on Independence Day. 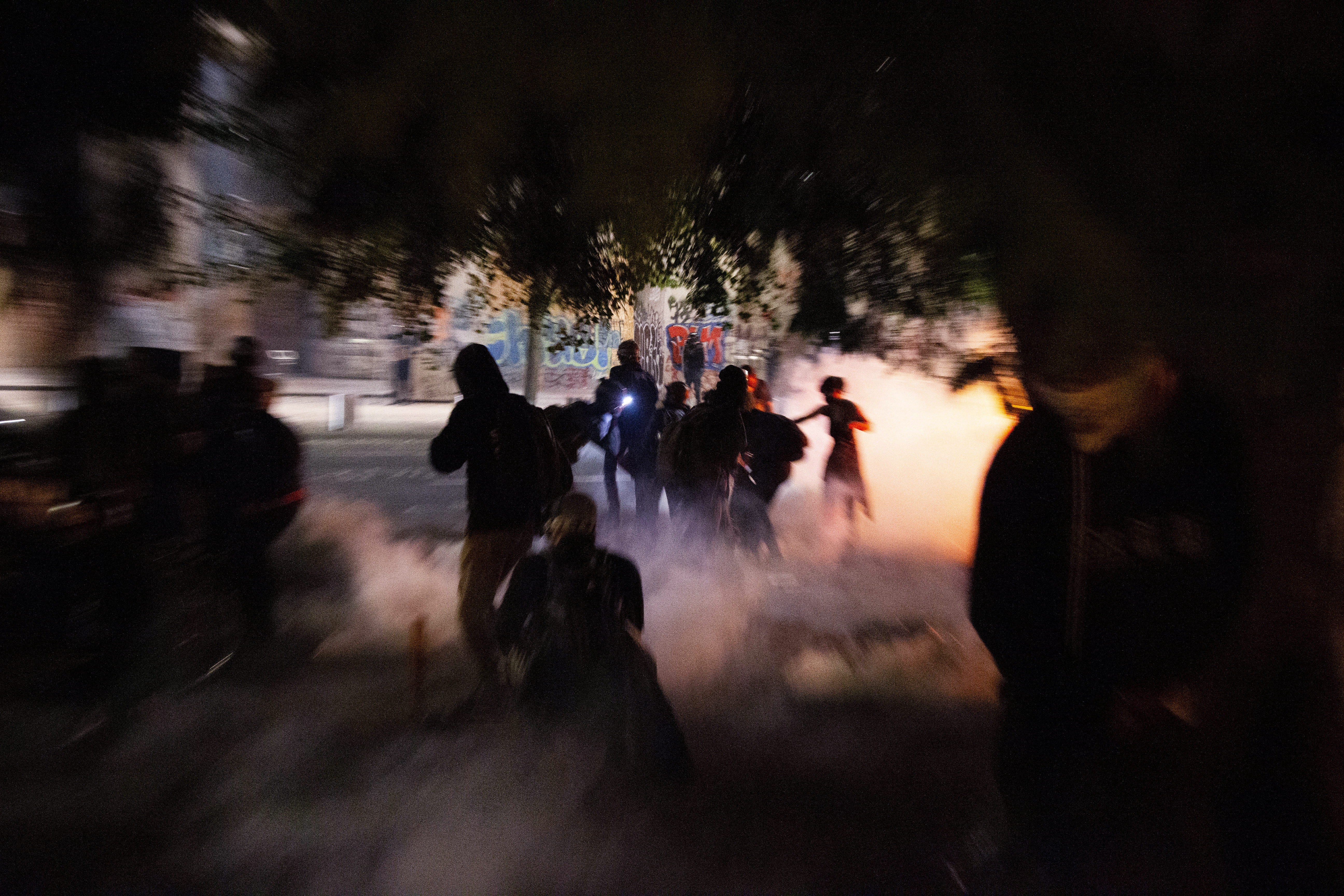 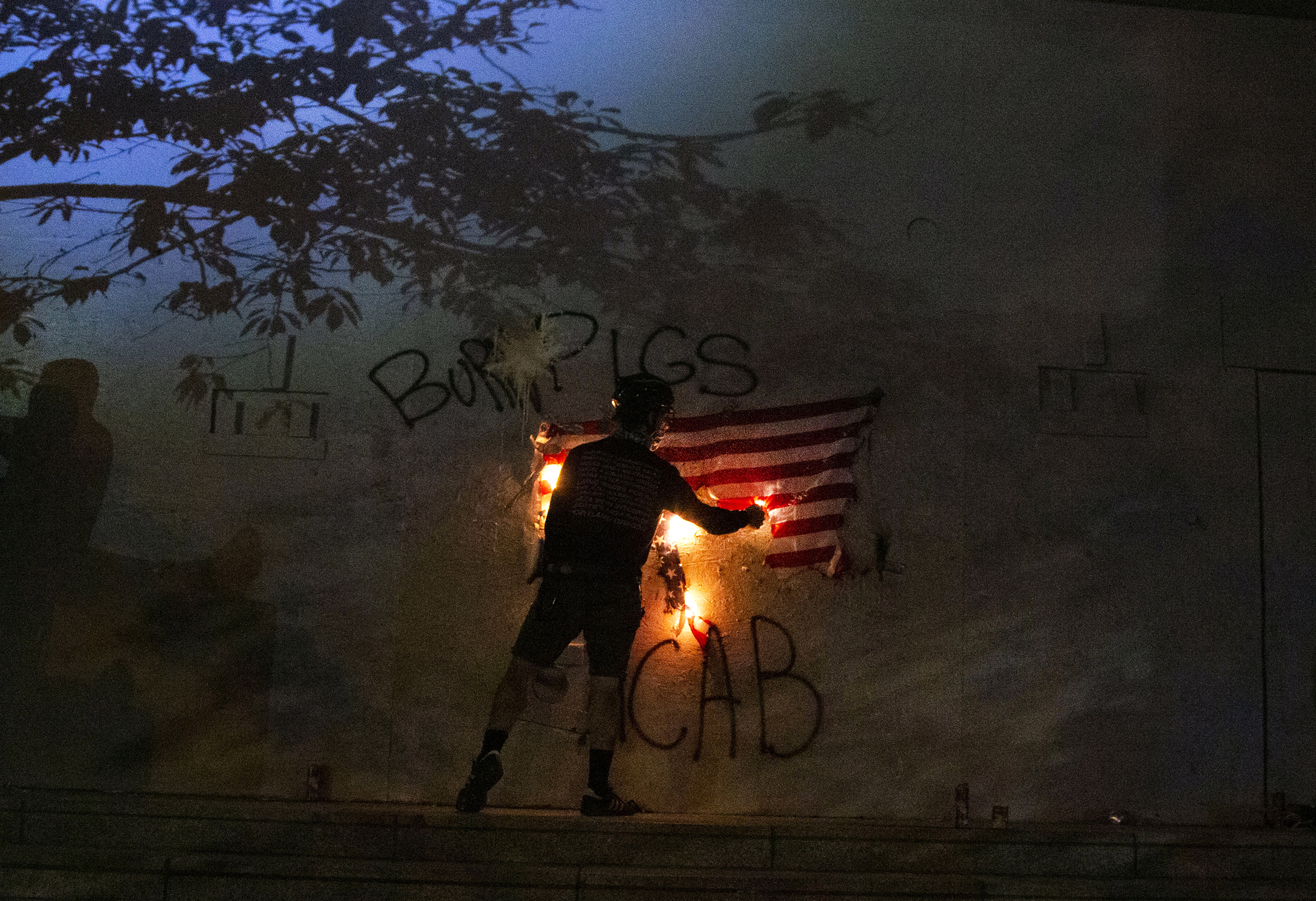 A large crowd of protesters were marching near the Multnomah County Justice Center – the federal courthouse where rioters frequently gather.

At least a dozen demonstrators were arrested, and police used tear gas to drive the growing crowd away.

Videos showed graffiti painted on downtown buildings and a fire burning among the protesters in Portland.

By 9:30pm, people had set off fireworks and burned American flags while speakers addressed the crowd and spoke about colonialism, racism and police brutality.

Rioters were ordered to leave the downtown area, as police moved in against the crowd of people.

At 10:30pm, police ordered the crowd to stop directing fireworks toward the justice center.

Portland Mayor Ted Wheeler posted a series of tweets Friday, calling for calm – but his requests appeared to go unheeded.

He tweeted: "These attacks undermine public safety in our community, and they harm the very people and businesses we need to be lifting up.

"I am grateful that no one has died in Portland, but other cities have not been so fortunate.

"This weekend, join me in calling for an end to violence so we can begin to rebuild and do the work of police reform this movement demands.

"I am keenly aware of concerns about police actions related to demonstration activity."

They ordered people away from the courthouse and warned they could be subject to arrest.

Unrest in Portland and other cities has continued since the May 25 death of George Floyd in police custody in Minneapolis. 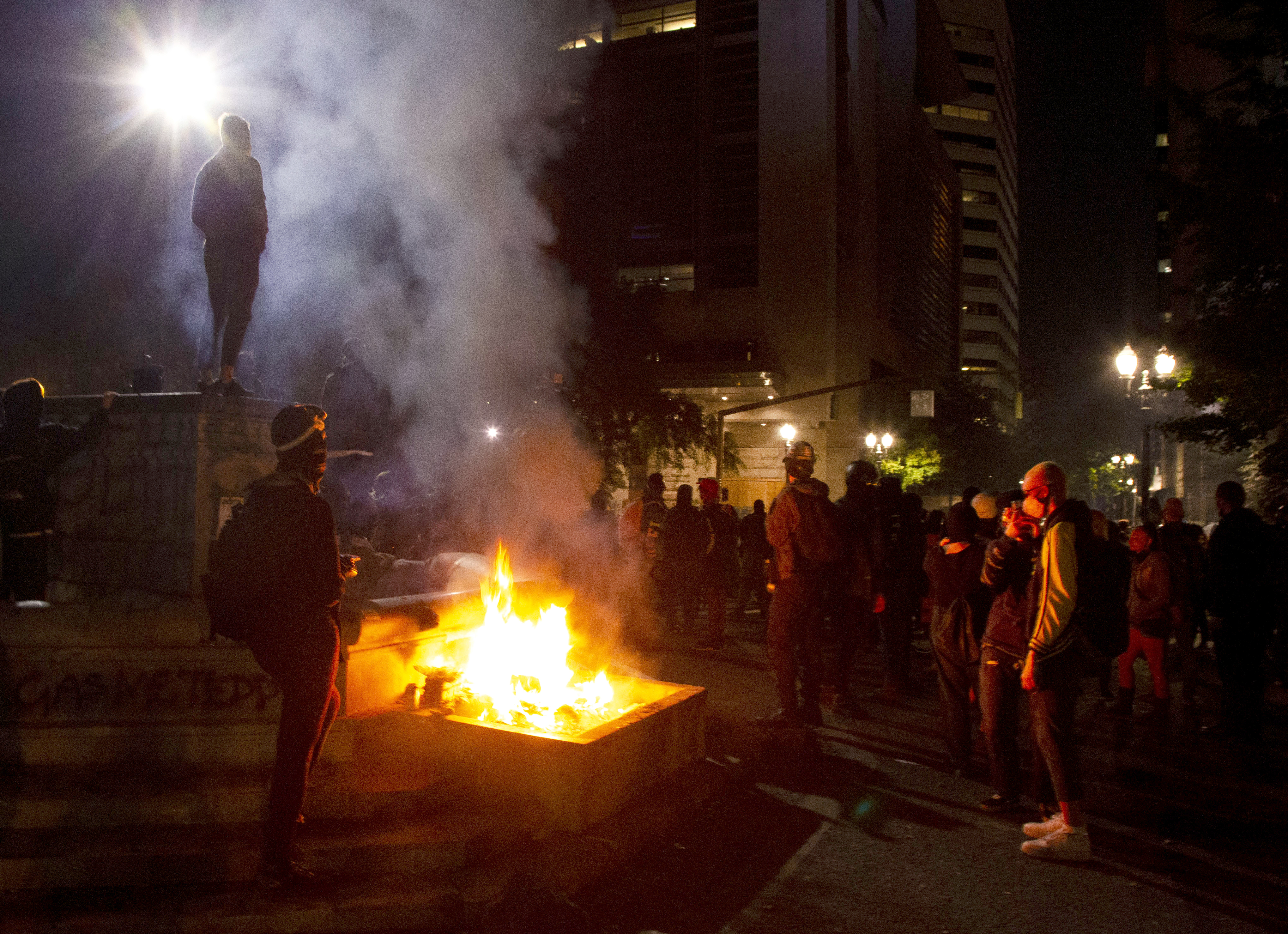 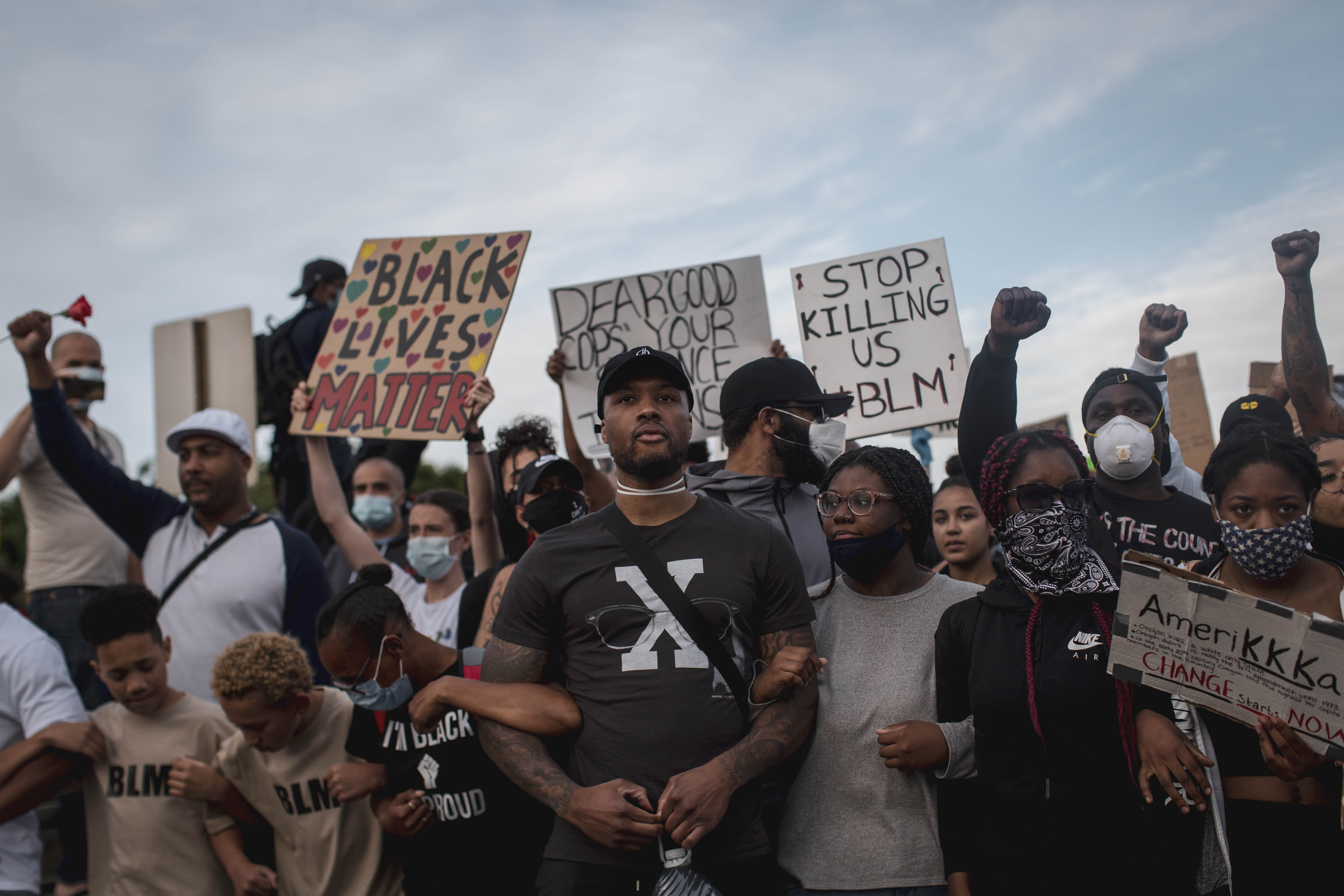 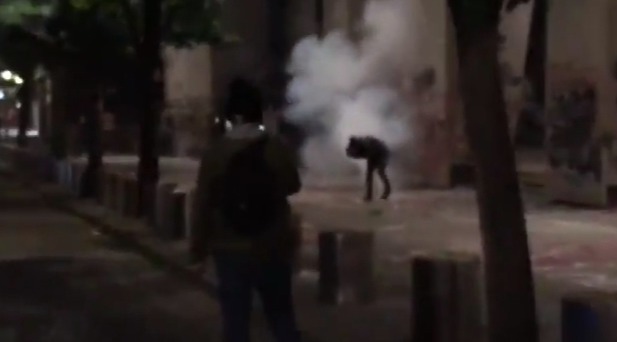 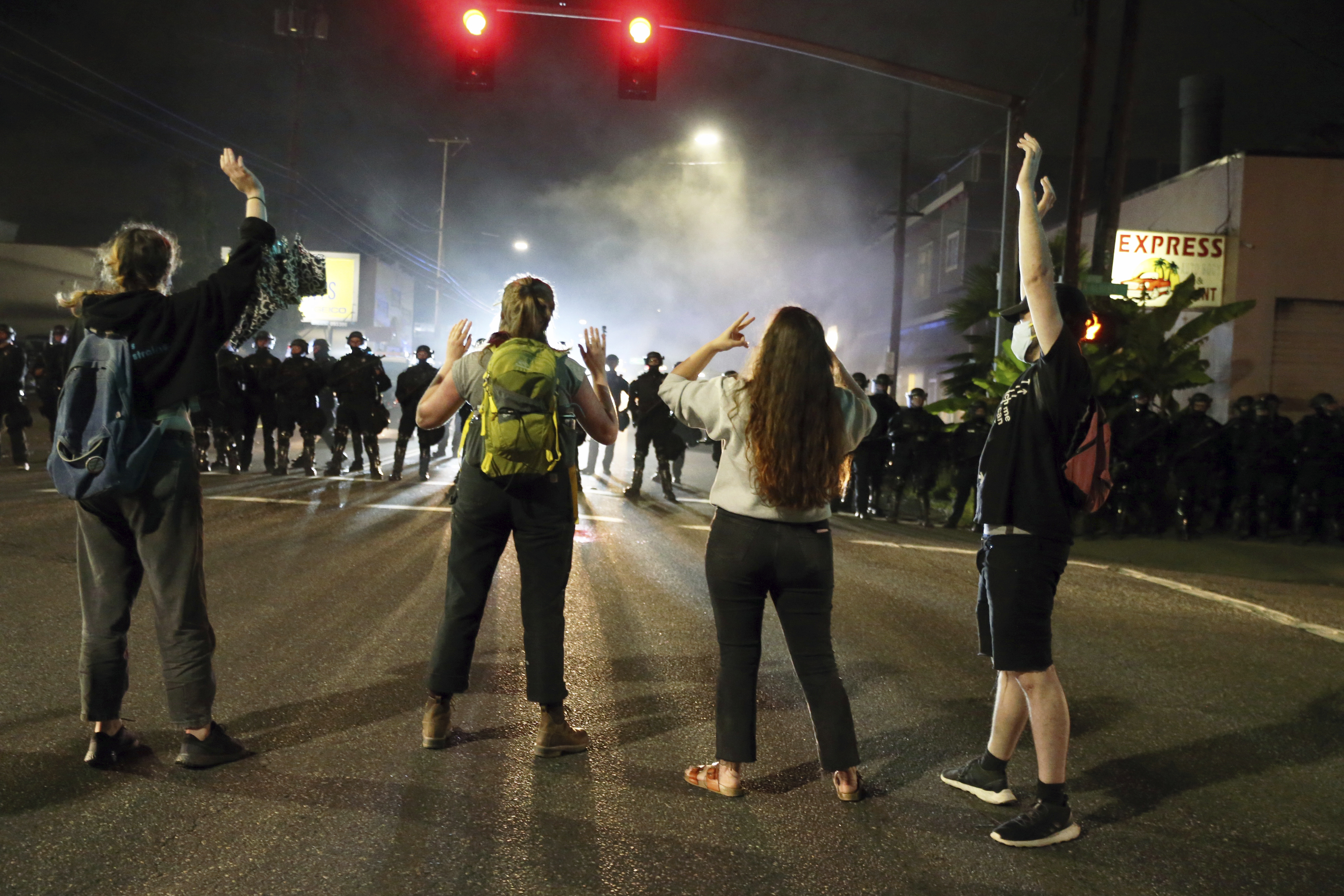 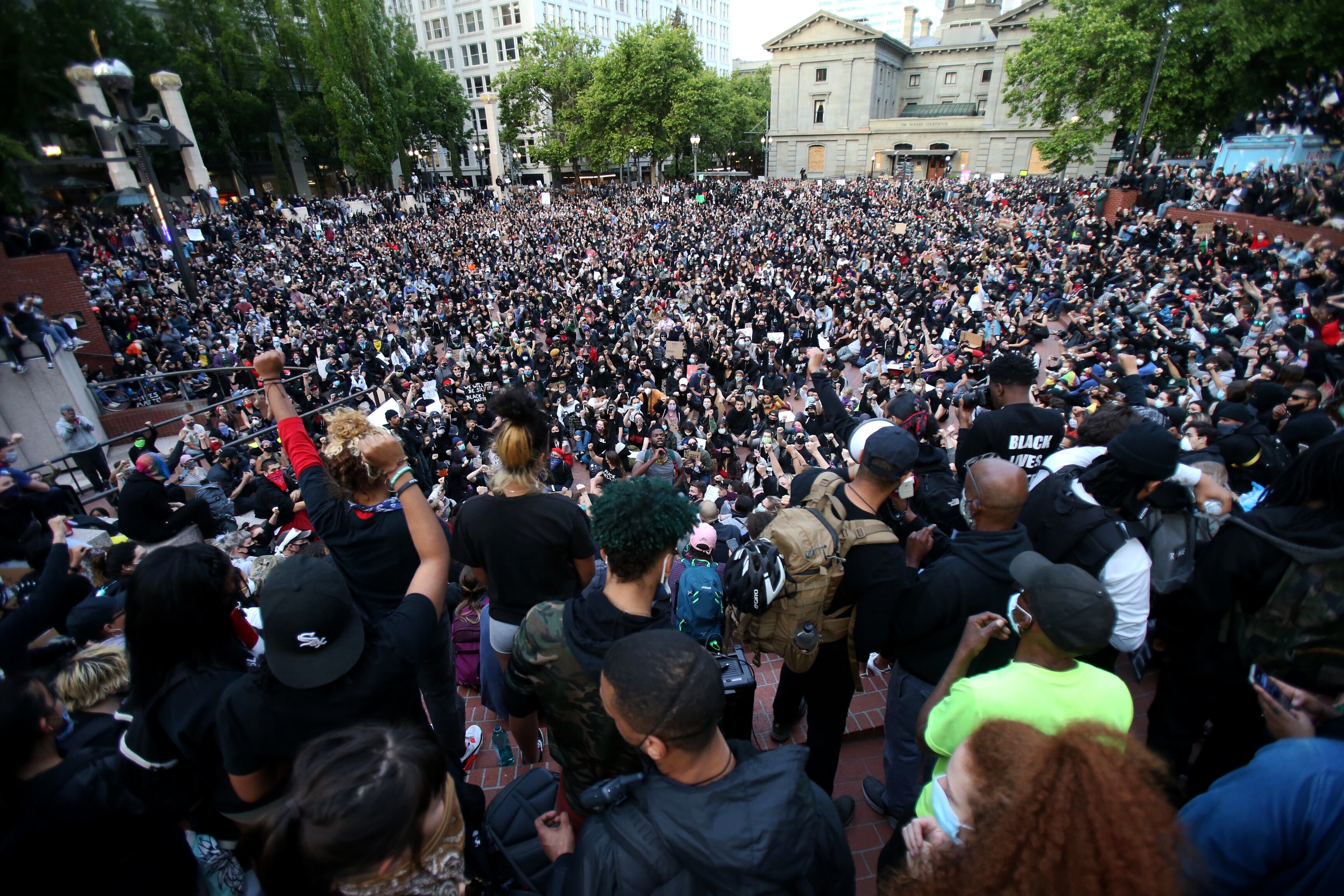