Home » Rachel was jailed for stealing an ice-cream. In Victoria. In 2020

Last year, *Rachel was jailed for six days for stealing an ice-cream — a $3.50 Bubble O’Bill from a St Kilda convenience store.

It was the kind of minor transgression that might once have prompted a stern reprimand from a police officer or a magistrate, but this was 2020 and Rachel was remanded because she’d committed an indictable offence while already on bail. So under laws that Premier Daniel Andrews had spruiked as the toughest in the country, she spent two days in the custody centre and four in Dame Phyllis Frost prison in Ravenhall. 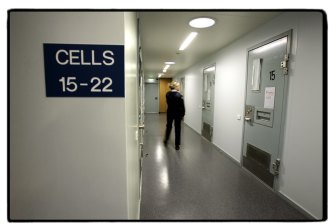 Victoria’s bail laws were tightened in the wake of James Gargasoulas’ fatal 2017 rampage in the CBD, and a subsequent review by Justice Paul Coghlan.

These changes have put a spiralling number of unsentenced remandees on low-level offences — people like Rachel — in jail at a rate that is fuelling concern about human rights, social impacts and the burgeoning cost to taxpayers.

Women and Indigenous Victorians have been especially affected. In April, for the first time, more women were in prison waiting for their charges to be heard than were there for actually committing and being sentenced for crimes.

“The current provisions cast the net so wide that they’re catching people that shouldn’t be in custody — specifically, women who pose no threat to safety who are being placed in prison for low-level offending that is a direct result of their poverty and disadvantage,” said Elena Pappas, a spokeswoman for Smart Justice for Women, a coalition of 30 legal organisations.

In April, a record 44 per cent of the state’s 7227 prisoners were on remand, many awaiting court dates on criminal charges where bail would likely have been granted before the crackdown. Government documents indicating Indigenous women are now jailed at 20 times the rate of non-Indigenous women.

Women’s and other legal groups are now demanding urgent reform. They say the government’s tough-on-crime policies are both costly to taxpayers and damaging to some of the most disadvantaged people in the state.

“The Coghlan changes to bail laws took a sledgehammer to the system,” said Ms Pappas, who is also the chief executive of the Advocacy Centre for Women.

High-level government documents seen by The Sunday Age also reveal that in 2019, the government anticipated a shortfall of women’s prison beds by 2023, despite a record prison spend in the 2019 budget, including a 106-bed extension to the existing Dame Phyllis Frost women’s prison. Without major reforms, the government was told it would need to start planning immediately for yet another new — as yet unannounced — women’s prison.

Drugs and violent men had been a pattern in Rachel’s life since she was 14, when she was taken from her mother and placed in residential care.

In 2019, Rachel and her boyfriend had been arrested and charged with stealing cars and credit cards. Rachel was bailed and, as the COVID-19 pandemic took hold and her court dates were delayed, she had managed to stay out of trouble — until the day she took the ice-cream.

Out with her boyfriend and using drugs again, she grabbed the ice-cream on a whim.

“I was having a bad day, it was my favourite ice-cream,” she said. “It was a stupid thing to do.”

Police were called and caught the pair after they’d pulled over on the Nepean Highway in the middle of an argument. The next thing Rachel recalls is waking up behind bars, confused and withdrawing from heroin.

“When I was younger, I put on a persona and acted hard, but when it came down to it, I couldn’t believe I was in jail. It was really scary and I just wanted to call my mum.”

After six days inside, Rachel was bailed again ahead of her other charges being finalised.

Her experience epitomises what many lawyers say is wrong with Victoria’s bail laws, which favour locking people up rather than adopting a diversion and rehabilitation ethos.

“We must never forget that a person who is imprisoned as a result of a remand or pre-hearing detention has a presumption of innocence, ” says Rachel’s lawyer and 20-year criminal law veteran, Melanie Walker. “We are not always locking up someone for what they have done, it’s for what they might do. This is not sustainable and often detrimental.”

The Victorian Aboriginal Legal Service is among the groups calling for an overhaul of bail laws.

“The laws were changed because of very tragic circumstances,” said legal service chief executive, Nerita Waight. “But it has made the system harder for Aboriginal people now than it was 20 years or 30 years ago.”

She said the imprisonment rate of Aboriginal women was not assisting the Andrews government’s treaty process.

“Treaty and truth-telling are important processes for society as a whole. However, we need to act now on the many reports and recommendations that have been made over generations before we lose more lives to the never-ending cycle of incarceration.”

On Saturday, The Age revealed that in the period before COVID-19 struck the government was grappling with how to rein in prisoner numbers to delay multibillion-dollar outlays on new men’s and women’s prisons.

Politically risky options included winding back the 2018 changes to bail laws, abolishing prison sentences of less than three or six months, reinstating home-detention programs, and reclassifying some indictable (serious) offences as summary (minor) under the Crimes Act. By reclassifying some non-violent offences, as summary, bail would become available to more alleged offenders.

The government was also considering a second stage of “women’s diversion and rehabilitation strategy”. Options included an electronic monitoring of women on bail and new special housing programs.

But in 2020, the government was spared the tough call on either new prisons or controversial reform by the onset of COVID-19, which saw prisoner numbers fall sharply as the lockdown slowed the workings of the justice system.

While that period of respite is now ending and the courts are working through a long backlog of cases, senior government and legal sources say substantial reform of bail or sentencing laws is unlikely before the 2022 election.

Corrections Minister Natalie Hutchins said COVID-19 had reduced prisoner numbers in the short term and had set prison projections back by at least a year. She said the current prison infrastructure would “suffice” for the foreseeable future.

She confirmed that policy work was now under way looking at how to reduce remandee numbers but would not commit to reform before next year’s election.

“Is there some work being done on change? Yes. Is that going to be in legislation this year or next? I don’t know,” she said.

*Not her real name