Las Vegas Raiders owner Mark Davis donated $1 million to the Uvalde school district to help fortify the schools in the area following a shooting at Robb Elementary that killed killed 19 children and 2 adults. Davis was convinced to make the donation after speaking with former safety Vann McElroy, who grew up in Uvalde.

McElroy, who was drafted by the franchise in the third round of the 1982 NFL draft, spoke with Davis about the situation in Uvalde. Davis asked how he could help, and decided to donate to the Uvalde school district, according to the Uvalde Leader-News.

Uvalde Consolidated Independent School District superintendent Hal Harrell thanked Davis and the Raiders for the donation, and said the money would go toward “making our schools safer.”

“We thank Mr. Davis and the Raiders organization for this very generous gift. Vann is a life-long friend and a huge part of Uvalde,” Harrell said. “We will put this money to good use. This contribution should go a long way in making our schools safer.”

The $1 million donation will reportedly be used to fortify the schools in the district, per Chron. The money will reportedly pay for “stronger doors, cameras and more fencing.”

Davis’ donation comes less than a month after an 18-year-old gunman killed 19 children and 2 adults at a shooting at Robb Elementary school. The shooting has resulted in renewed debate over gun laws in the United States. Senators announced a bipartisan gun deal Sunday, though the deal still needs to be voted on in the Senate.

McElroy spent nine of his 10 seasons in the NFL with the Raiders. He made two Pro Bowls and won a Super Bowl with the team. McElroy grew up in Uvalde, and attended Uvalde High School in the 1970s. He still lives in the area today.

A number of athletes have spoken out about gun legislation following the shooting at Robb Elementary. Golden State Warriors head coach Steve Kerr provided the most passionate plea on the subject, urging lawmakers to take action. Los Angeles Lakers superstar LeBron James also called for change. Cincinnati Bengals quarterback Joe Burrow weighed in on the subject Tuesday, saying he believes it needs to be harder to acquire the types of guns used in mass shootings.

The Raiders are one of a handful of NFL teams to donate to Uvalde. The Dallas Cowboys and Houston Texans, as well as the NFL Foundation, contributed to causes to assist Uvalde after the shooting. 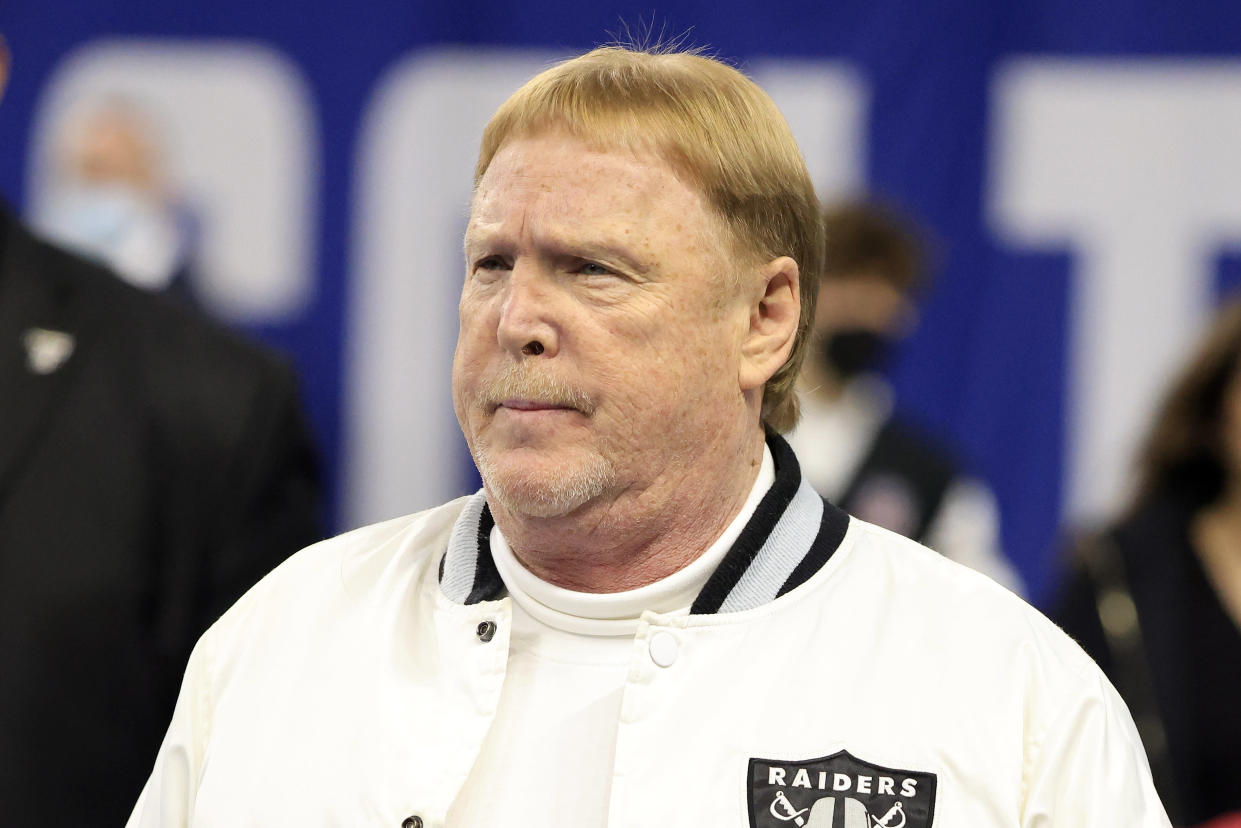