Rangers vs Osijek clash sees two men stabbed in mass brawl on streets outside Ibrox before the game - WSBuzz.com
Skip to content

Footage captured scenes of violence on Paisley Road West this evening just half an hour before the game kicked off, as yobs threw punches and set off flares. 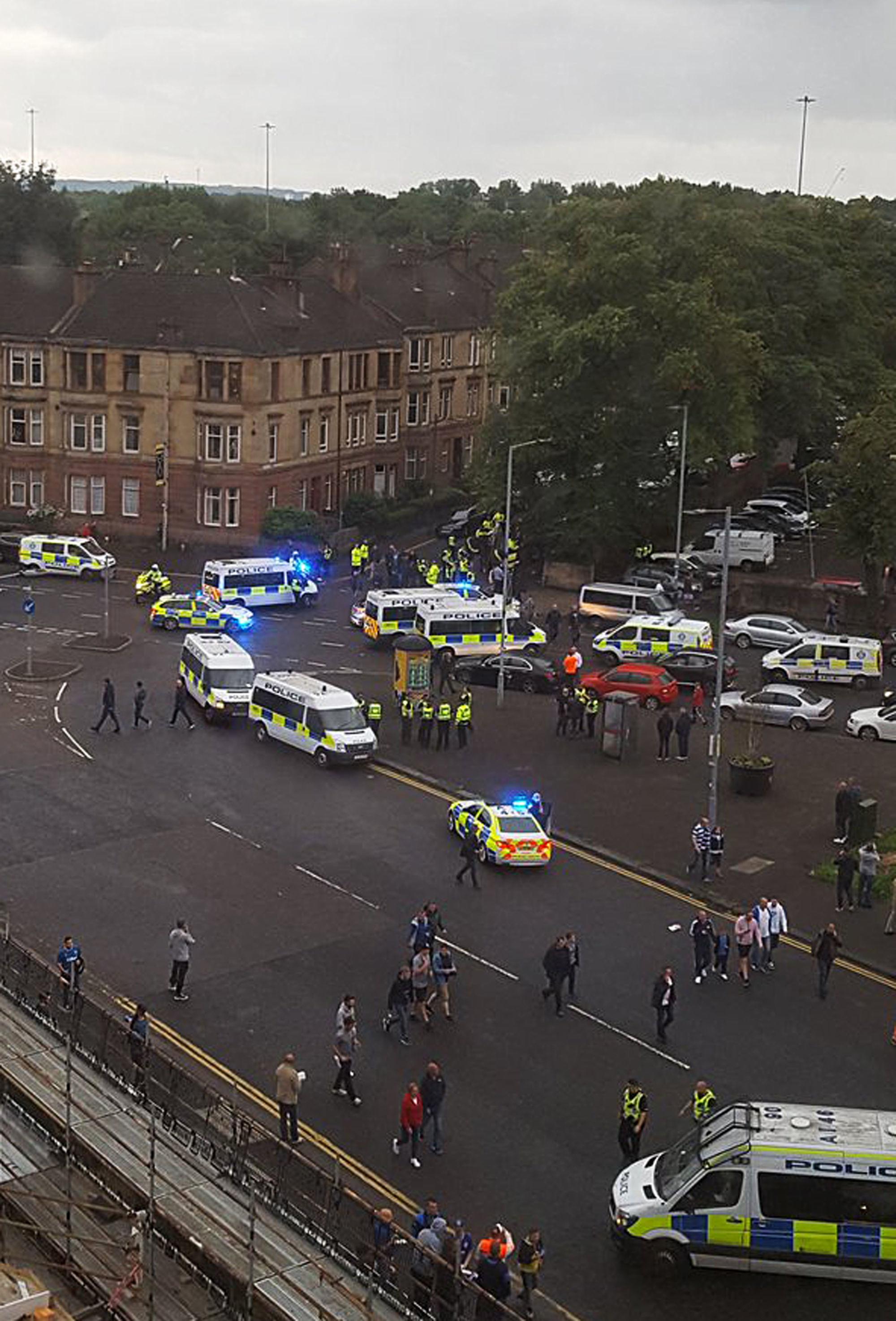 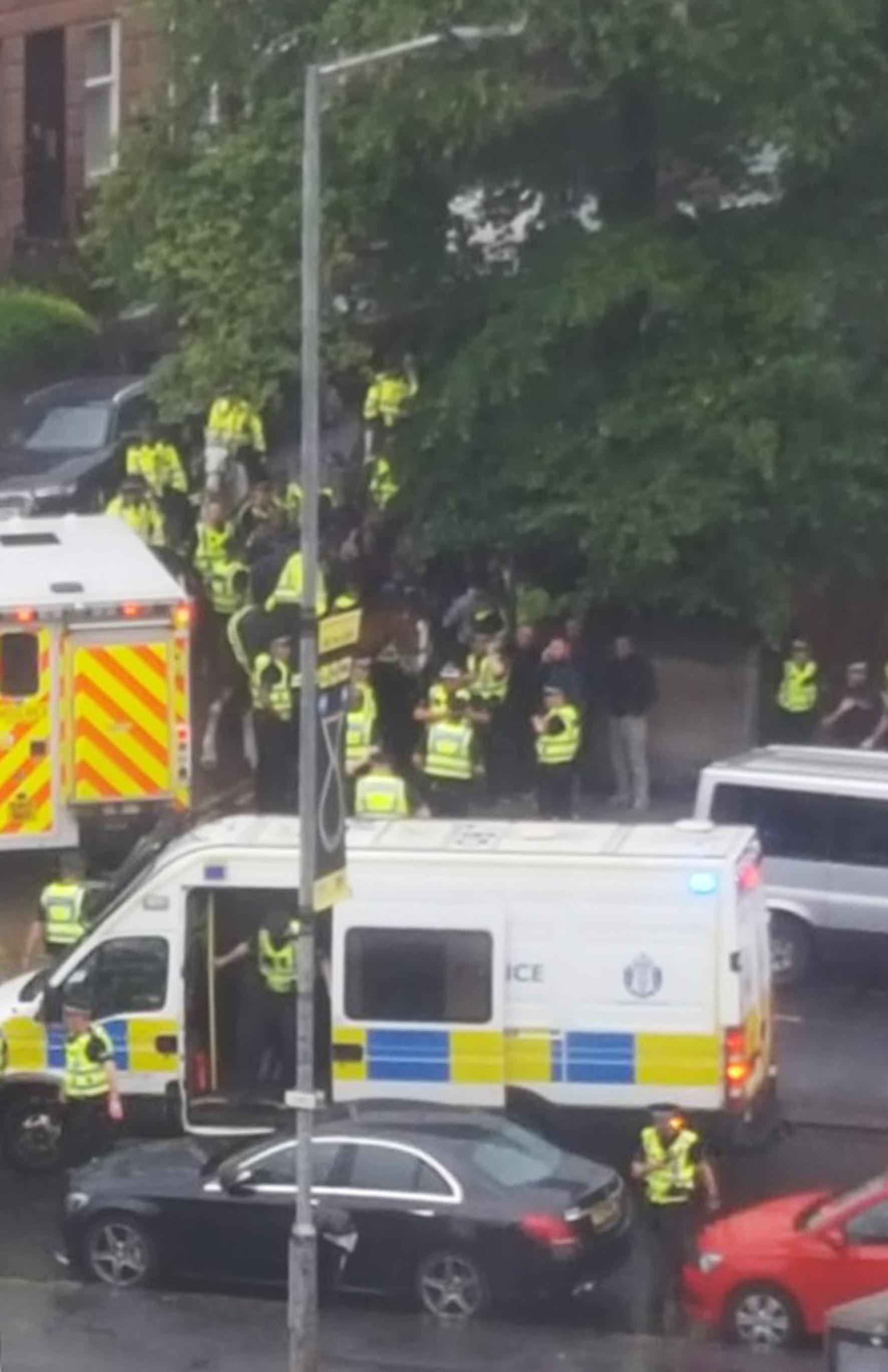 Shocked motorists were held up as hooded yobs kicked and punched one person lying in the middle of the street.

And concerned locals shared fears that someone had been “stabbed” amid the chaos.

One eyewitness reported a police helicopter had swooped overhead as officers attempted to take control of the scene.

A number of police officers and vans were seen blocking the road, near Edmiston Drive, as the ordeal unfolded.

Paramedics raced to the scene – and a Scottish Sun source told how people were taken away in an ambulance.

Police Scotland later revealed two men had been stabbed amid the chaos.

Two men, aged 24 and 40, were found hurt and were rushed to the Queen Elizabeth University Hospital for treatment to stab wounds. Medical staff describe their conditions as stable. 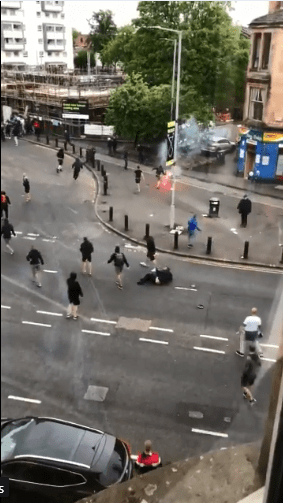 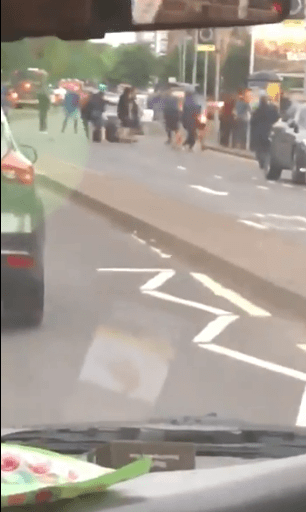 Detective Inspector Steven Wallace said: “This type of violent behaviour will not be tolerated and it is absolutely vital anyone with information that could assist with our investigation comes forward.

“I would appeal to anyone who was in the area and witnessed a disturbance, particularly anyone with mobile phone or dash-cam footage, to get in touch.

“Anyone with information is asked to contact Govan CID via 101. Alternatively you can call CRIMESTOPPERS on 0800 555 111 where details can be given in confidence.”

One shocked punter: “Massive fight at Ibrox. Fire, bottles, rocks, and a lot of police on the scene.”

Another said: “Sitting with my takeaway minding my own business next minute they’re getting head jumped on”

And another added: “Trouble at Ibrox, just had a call from mum to say there’s people been stabbed and bottles being thrown, stay safe peeps”

Wigan football chiefs blamed CHELSEA fans after their “friendly” against Rangers sparked the violent street brawl in the city centre.