While Dorsey explained that Twitter has its own algorithm to rank particular tweets and accounts and to minimise the appearance of harmful and hateful ones, he maintained that the company's sorting isn't based on political ideology. 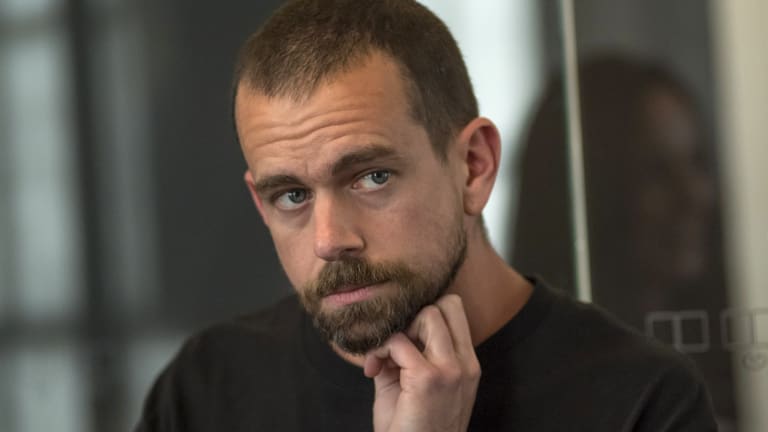 The fact that Dorsey had to speak up at all was a consequence of Republican outrage, which holds that social media platforms discriminates against the right. These arguments and accusations should sound familiar: Republicans are taking a page out of their tired, true and effective media strategy of "playing the ref."

It's an approach they've used for decades to encourage media companies to overcompensate, thereby boosting loud partisan voices, and it's found new purchase in our contemporary climate of social media platforms.

As a political strategy, "playing the ref" dates back at least to Barry Goldwater's presidential campaign, in which Goldwater handed out "Eastern liberal press" pins to journalists. It reached fever pitch during the paranoid years of the Nixon administration, saw great success in Reagan-era arguments against the fairness doctrine and has remained critical to the GOP playbook in the decades since. 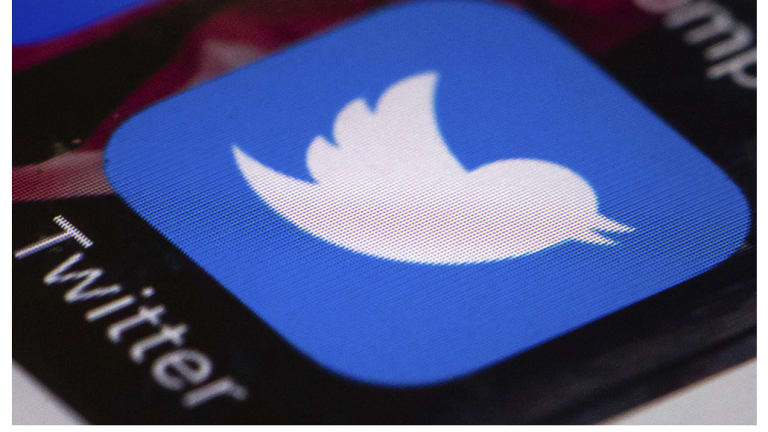 Vulnerable to the right-wing complaints about fairness.

Explaining the tactic in 2003, Eric Alterman wrote, "Their mau-mauing the other side is just a good way to get their own ideas across — or perhaps prevent the other side from getting a fair hearing for theirs."

Indeed, as with sports, the more you play the ref, the more hesitant the ref will be to make calls against you — and may even rule in your favour.

Today digital platforms, especially Facebook, Twitter and Google, are the new way that two-thirds of Americans get their news. Their algorithms exert considerable control over what we see and when we see it.

But given the opacity of those companies' tools, we've got to take them at their word that their algorithms work the way they say they do and that they're applying their terms of service fairly. The black box nature of these companies leaves them especially vulnerable to conspiracy mongering: Where information is scarce, speculation becomes that much more powerful, an inclination that Republicans have learned to exploit. 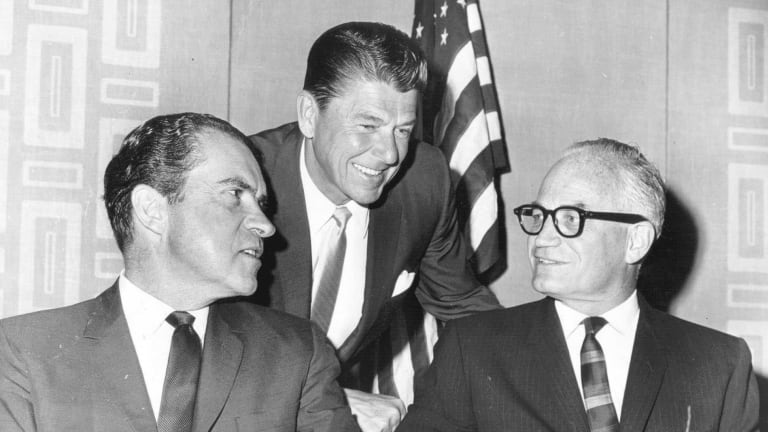 All waged their own war with the media: Ronald Reagan leans in to talk with Richard Nixon and Barry Goldwater (with glasses), the 1964 Republican presidential candidate.

The interrelationship between humans and algorithms is more nuanced than it might appear: People make the algorithms that then govern what you see in your feeds. Terms of service are confusing, too, with moderators sweeping in after content is already posted. Platforms have the built-in biases of their creators and moderators — meaning that if the assumptions coded into the news feed change, so does your news feed.

This is an opportunity for Republicans, then, to push the needle of these companies to favour or to promote their content, with every error that seems to undermine Republicans seized upon as proof of a platform's liberal bias. And we know what happens when the "play the ref" argument works because it's had such powerful effects on mainstream journalism.

News organisations were the black boxes of the pre-digital era, making news decisions about what to cover and how to cover it with little transparency or explanation. Republicans were able to exploit this to their advantage in their flame-throwing about liberal media (even if they privately admitted their coverage was balanced).

The strategy had a significant, discernible impact. As early as 1999, a team of researchers found that the continued Republican refrain of liberal bias in the news media was actually affecting the public at large — and in fact was prompting non-GOP partisans to believe the media was liberal, too. 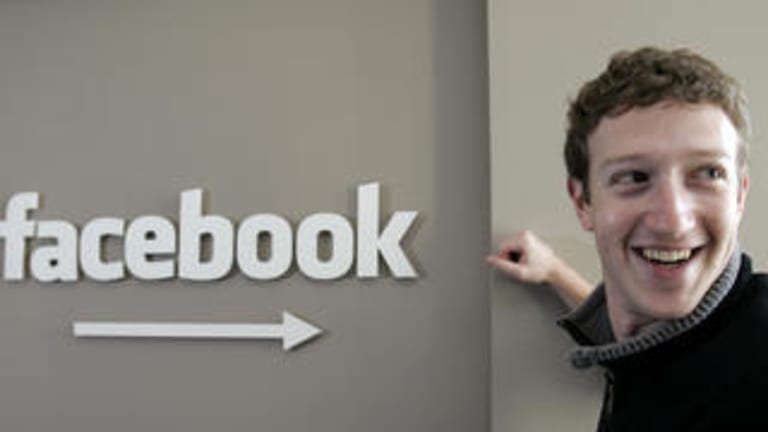 Research suggests that major news organisations show the propensity to overcompensate for perceived liberal agendas and in fact can be harder on Democrats than on Republicans. We can see how well playing the ref works from coverage patterns of the 2016 election.

According to Harvard's Shorenstein Center, The Washington Post was an outlier in its negative coverage of Hillary Clinton and may well have overcorrected for the presumption that it is liberal — 77 per cent of this paper's coverage of Clinton was negative, compared with 81 per cent of Fox's coverage. Overall, the report notes that Clinton had more negative coverage than Trump across a sample of nine leading news outlets.

Where major news organisations were once gatekeepers, though, they've largely ceded that power to platforms, thanks to what the Pew Research Centre calls the "packaging and delivery" of news through Facebook, Twitter, Google, Apple News and their ilk.

In this climate, Republicans are operating at an advantage as they learn to adapt their existing strategies to our new era: Republicans had to steadily work over decades to get most Americans to think the media has a liberal bias, but people already think platforms can't be trusted for news.

It also helps Republicans that there is some solid evidence that these companies don't like them much, from the ostensibly liberal views of their founders to Gizmodo's blockbuster scoop in May 2016 that human content moderators for Facebook's trending section routinely suppressed conservative content on the platform's trending news offerings.

And by August 2016, in the words of a Guardian headline, "Facebook fires trending team, and algorithm without humans goes crazy." The algorithmically selected top news foreshadowed the looming fake-news panic and low-value content we have become all too familiar with — a fake story about Megyn Kelly and a "controversial piece about a comedian's four-letter word attack on right wing pundit Ann Coulter" topped the charts, according to the Guardian.

It's a bit much to argue that Republicans got content moderators fired, thus leading to the fake-news panic of the election. But in an attempt to curry favour with Republicans, in recent visits to the Hill, both Facebook and Twitter have bent over backward to claim that their terms of service and the algorithms that surface content are nonpartisan.

In fact, Zuckerberg apologised to Republicans for the platform mislabeling a pair of conservative vloggers as "unsafe." Congressional testimony from Twitter acknowledged that "we do not always get things right" and committed "to being direct and engaged with our users and the public ‒ including elected officials ‒ when we get things wrong."

You can hear the strategy working. Dorsey is already talking about making Twitter's policies clearer with the goal to "earn people's trust on how we work" — but it is Republicans forcing the company to explain itself.

Claims of platform bias against conservatives may even proliferate into popular beliefs about the platform, too. Just as more people believe that the mainstream media has a liberal bias and take this into account when consuming and processing news, if people come to think that platforms, too, have liberal biases, there may well be sweeping public effects.

In the worst-case scenario, whatever healthy public discourse remains could be further compromised when partisans see stories they disagree with on their news feeds and then dismiss them as a liberal plot to brainwash them rather than as mechanistic suggestions surfaced by factors such as popularity and engagement.

Playing the ref has insidious but measurable consequences when it comes to the news media. It shores up the Republican base against the claims of mainstream media bias and strengthens the conservative news echo chamber. Far-right outliers like Gab aside, Republicans are unlikely to invest in their own social media sphere, so watch for them to instead refashion the social media platforms we already have.