A shockingly good night out! Revellers make the MOST of the extra witching hour as they party into the night for Halloween weekend

Terrifying clowns, scary skeletons and runaway brides were just some of the costumes spotted on the streets across the UK overnight, as revellers headed out to make the most of this Halloween weekend.

From London to Wigan, partygoers in all different kinds of outfits headed out on Saturday night to celebrate the spooky season, and made the most of the extra hour.

Leeds saw the streets packed with youngsters dressed in weird and wonderful costumes, from ghosts and pumpkins to The Spice Girls and the Scooby-Doo gang as many took part in the city’s renowned pub crawl – the Otley Run.

In the capital, many gathered for the second MCM London Comic Con event, with fans being seen on the underground dressed as Luke Skywalker and as cats.

Across the country police officers have increased their presence in an attempt to crackdown on anti-social behaviour over the Halloween weekend.

Cities up and down the country remained relatively calm, after two years of Halloween celebrations dampened by the Covid-19 pandemic.

As the night drew to a close in Newcastle, however, things started to get rowdier with partygoers seen falling over in the street and lying on the damp pavement. 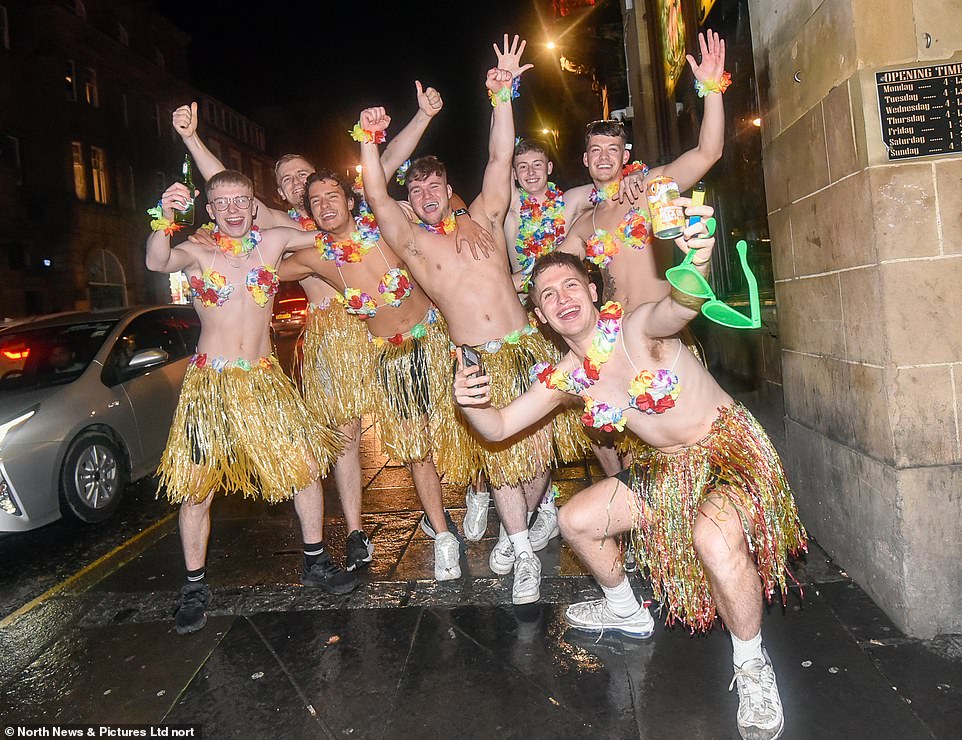 A group of men in Newcastle dressed up in Hawaiian Lei’s, flower bras and flower necklaces, while enjoying a night out celebrating Halloween 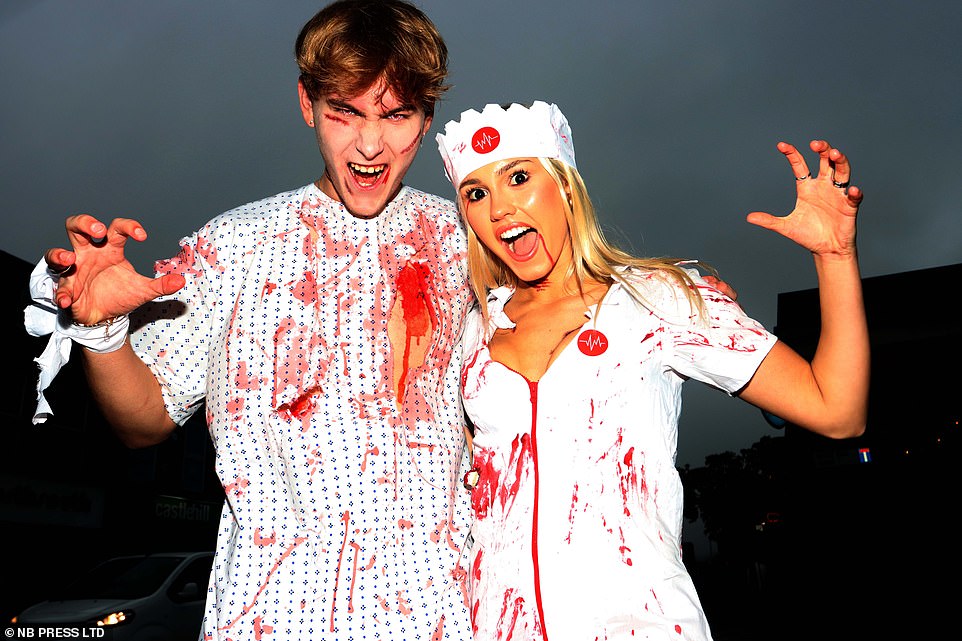 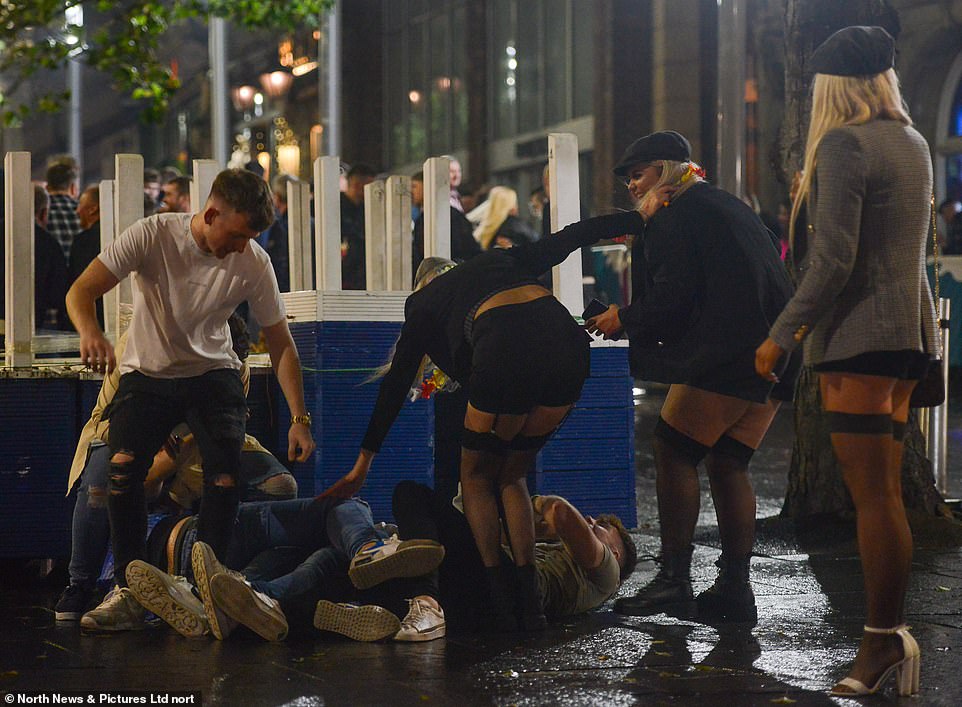 A group of women, appeared to be dressed as Peaky Blinders, laugh as their friends fall onto the pavement in Newcastle following Halloween celebrations 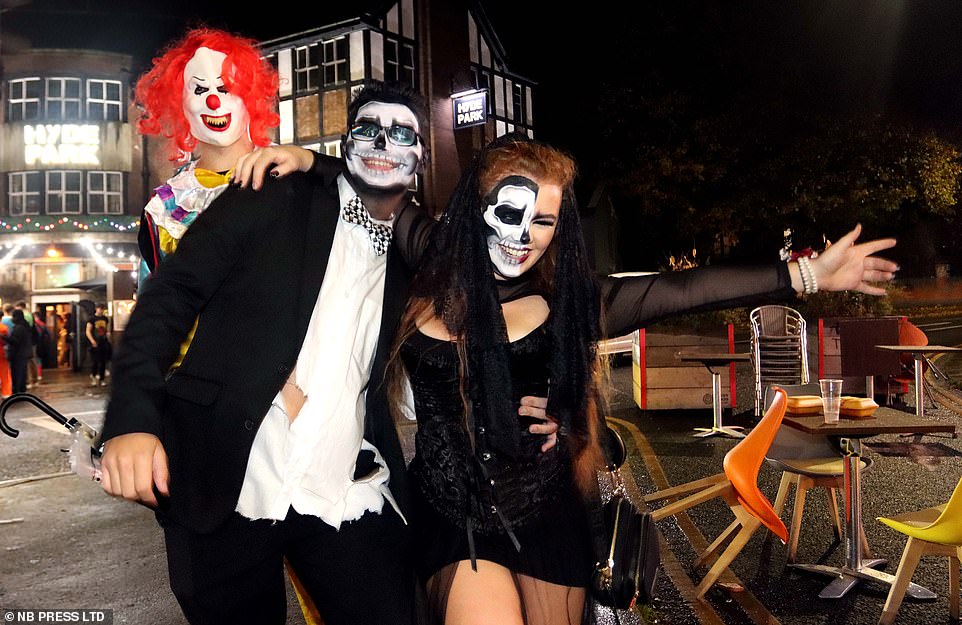 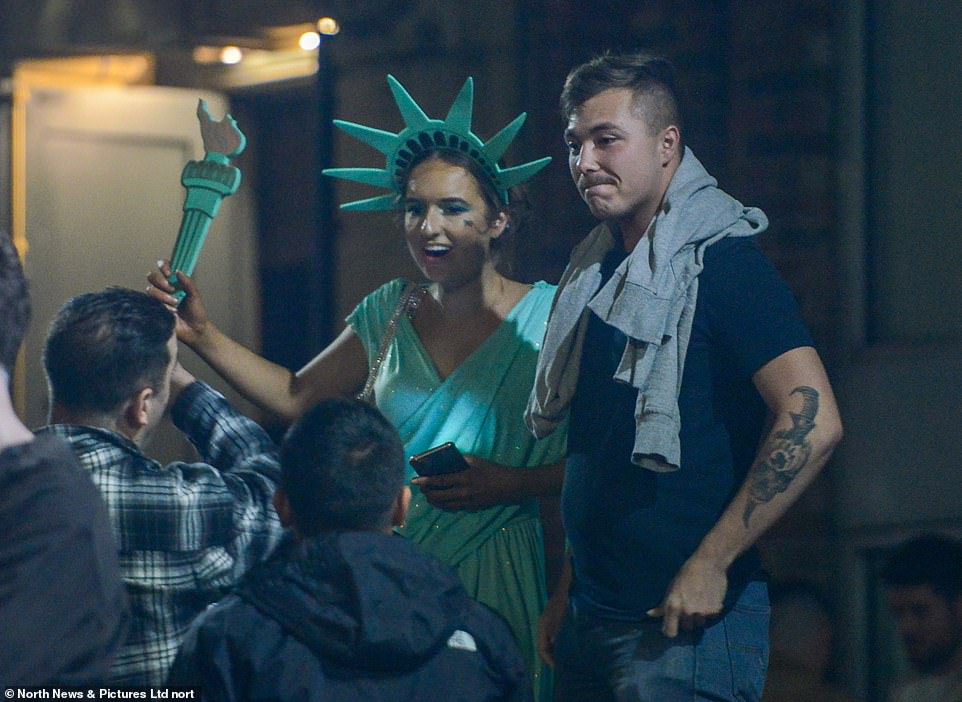 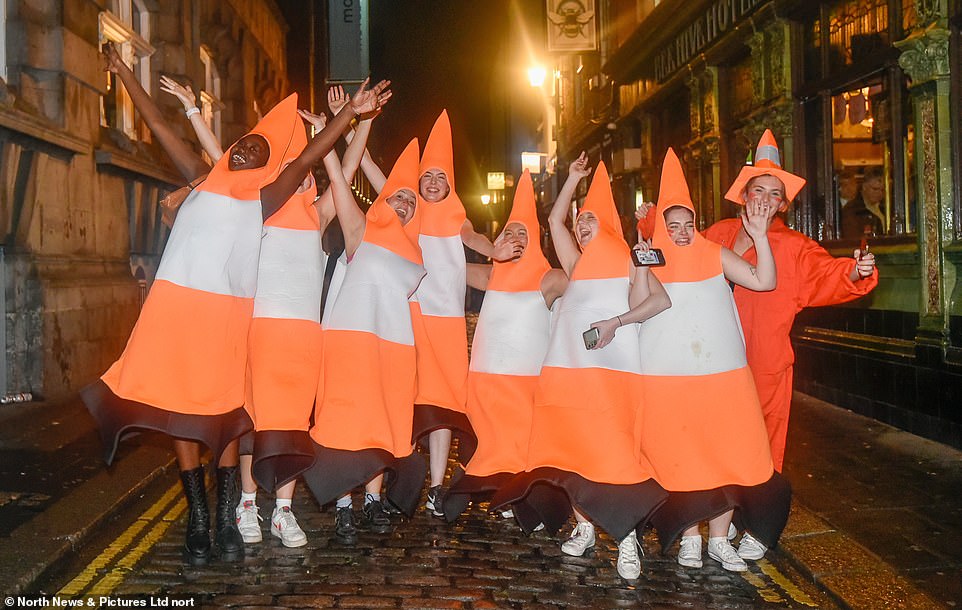 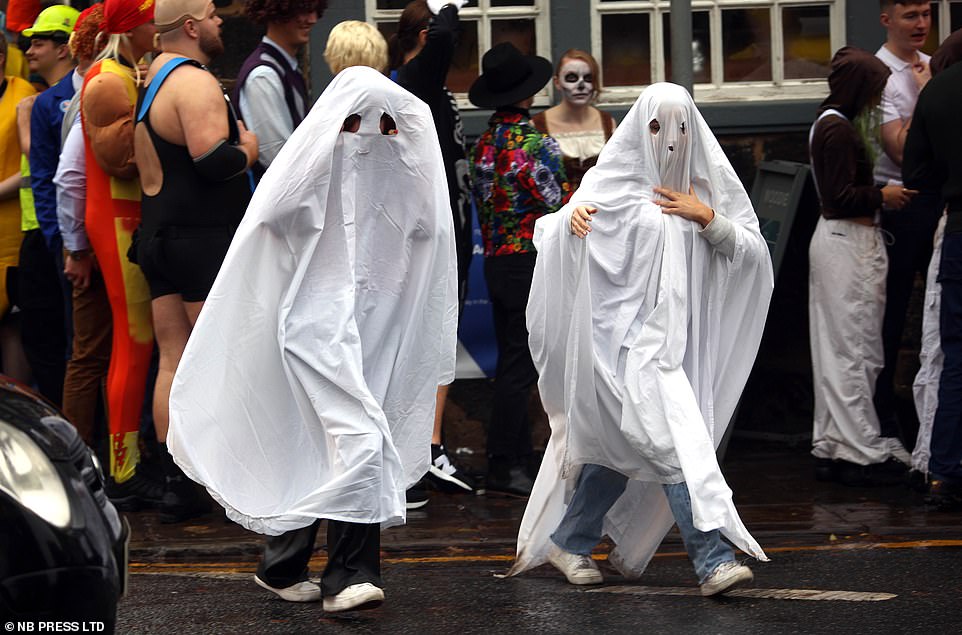 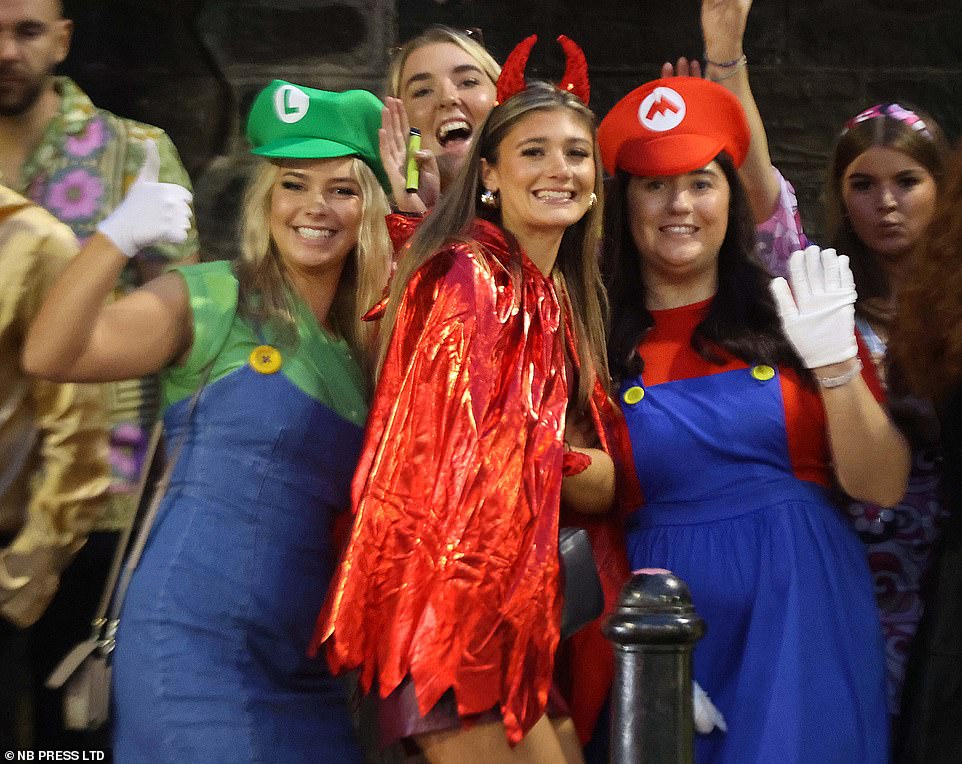 A group of women in Leeds are seen dressed as video game characters Mario and Luigi, a devil and a princess 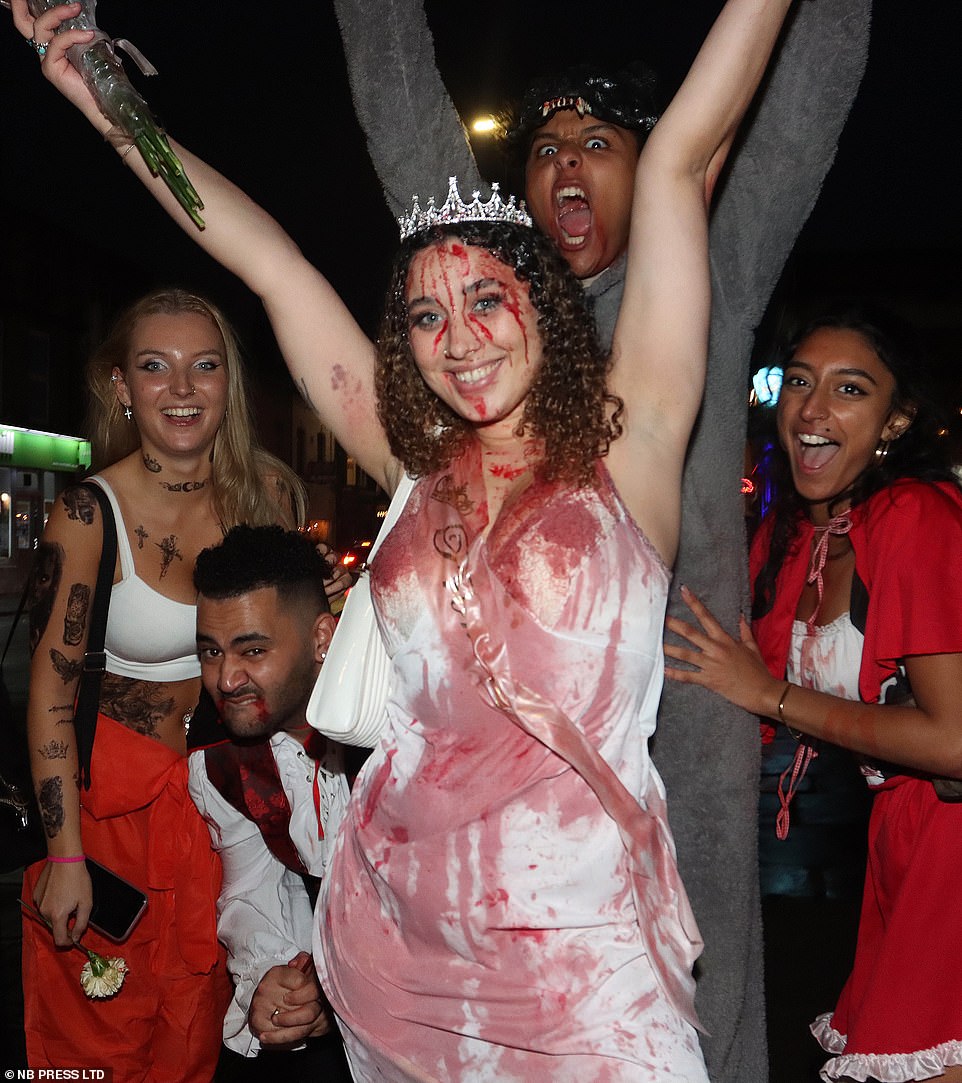 A group of friends dressed as a prison inmate, pirate, corpse bride, werewolf and Little Red Riding Hood are spotted in Leeds 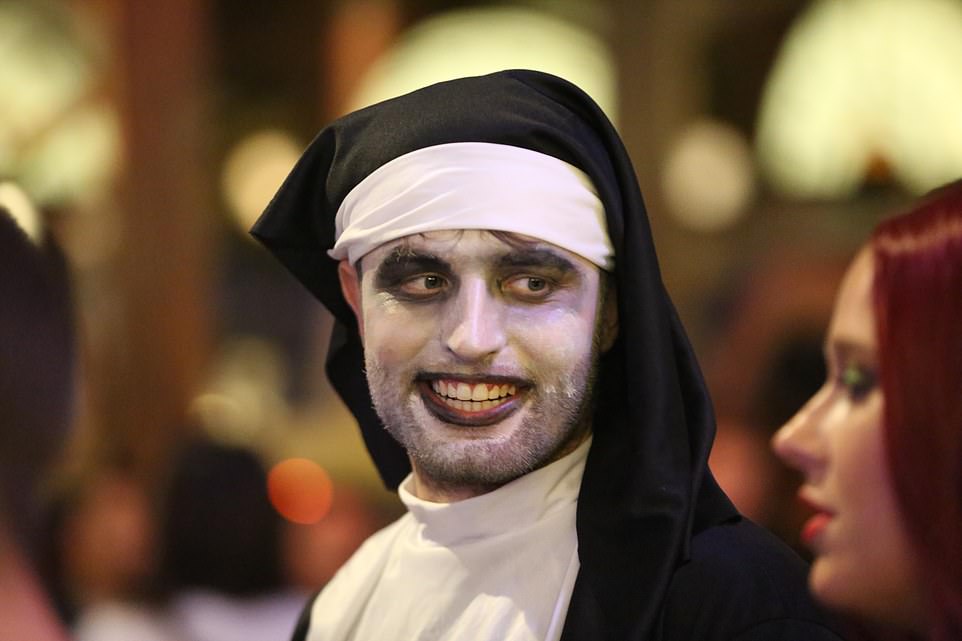 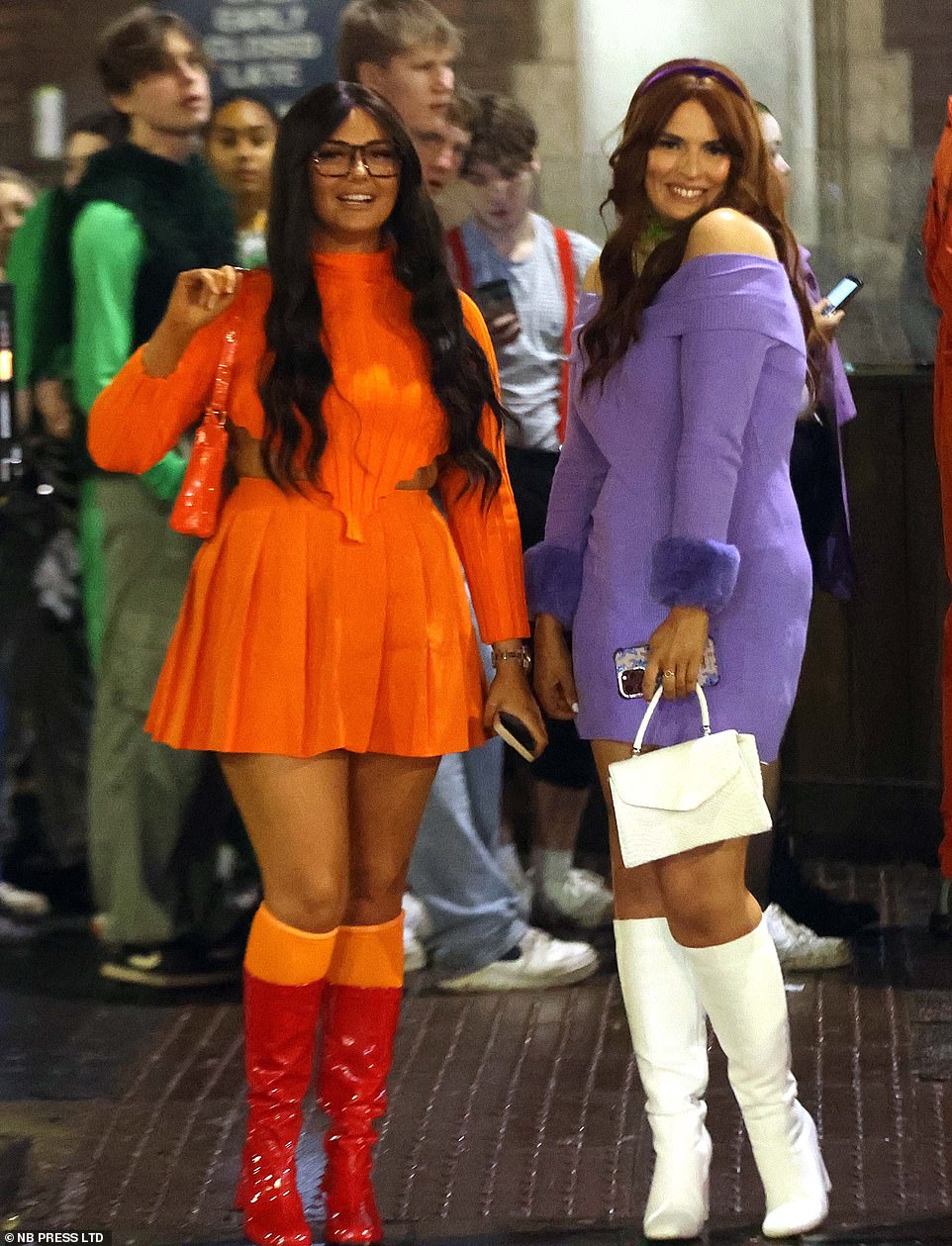 Two women dressed as Velma and Daphne from the Scooby-Doo cartoon series in Leeds, Yorkshire 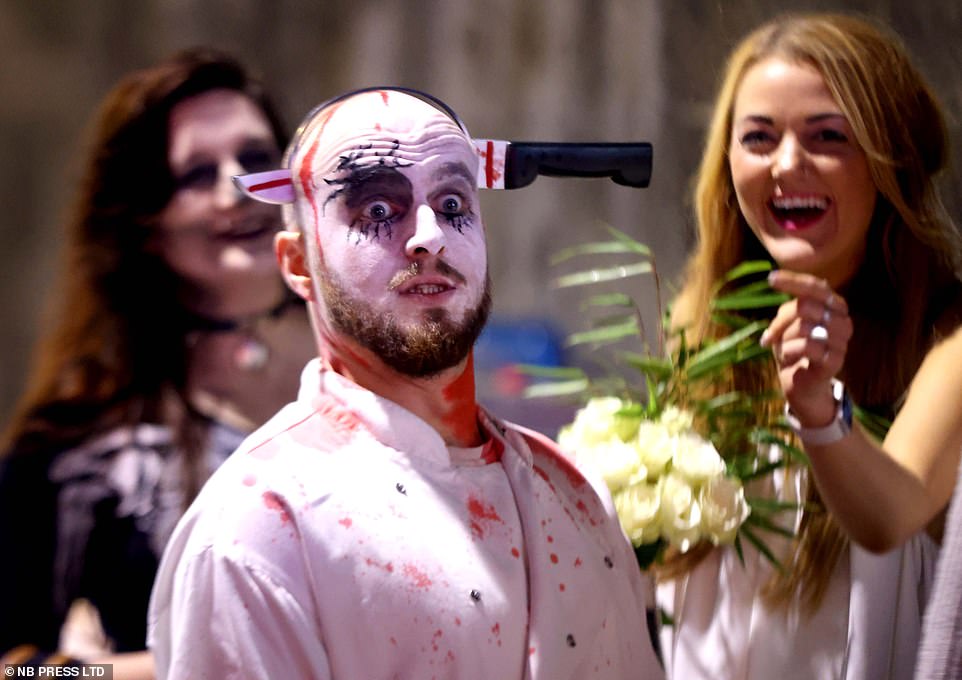 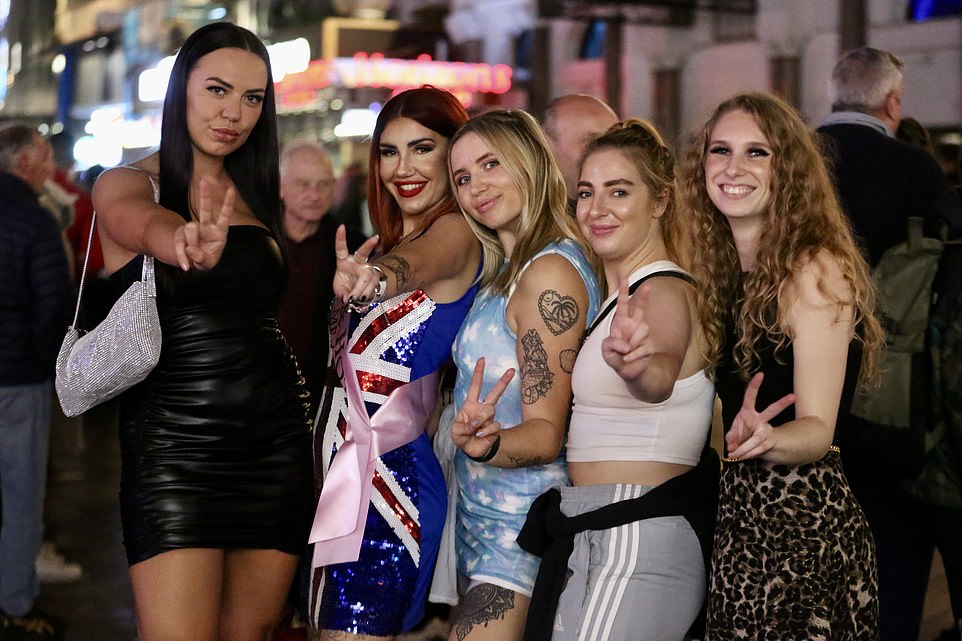 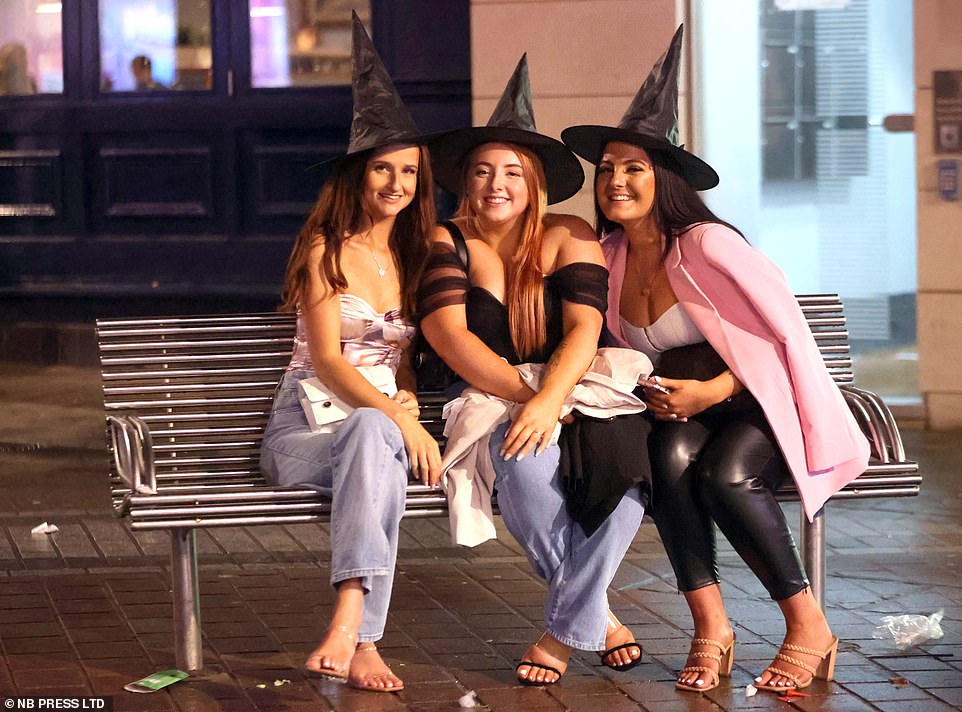 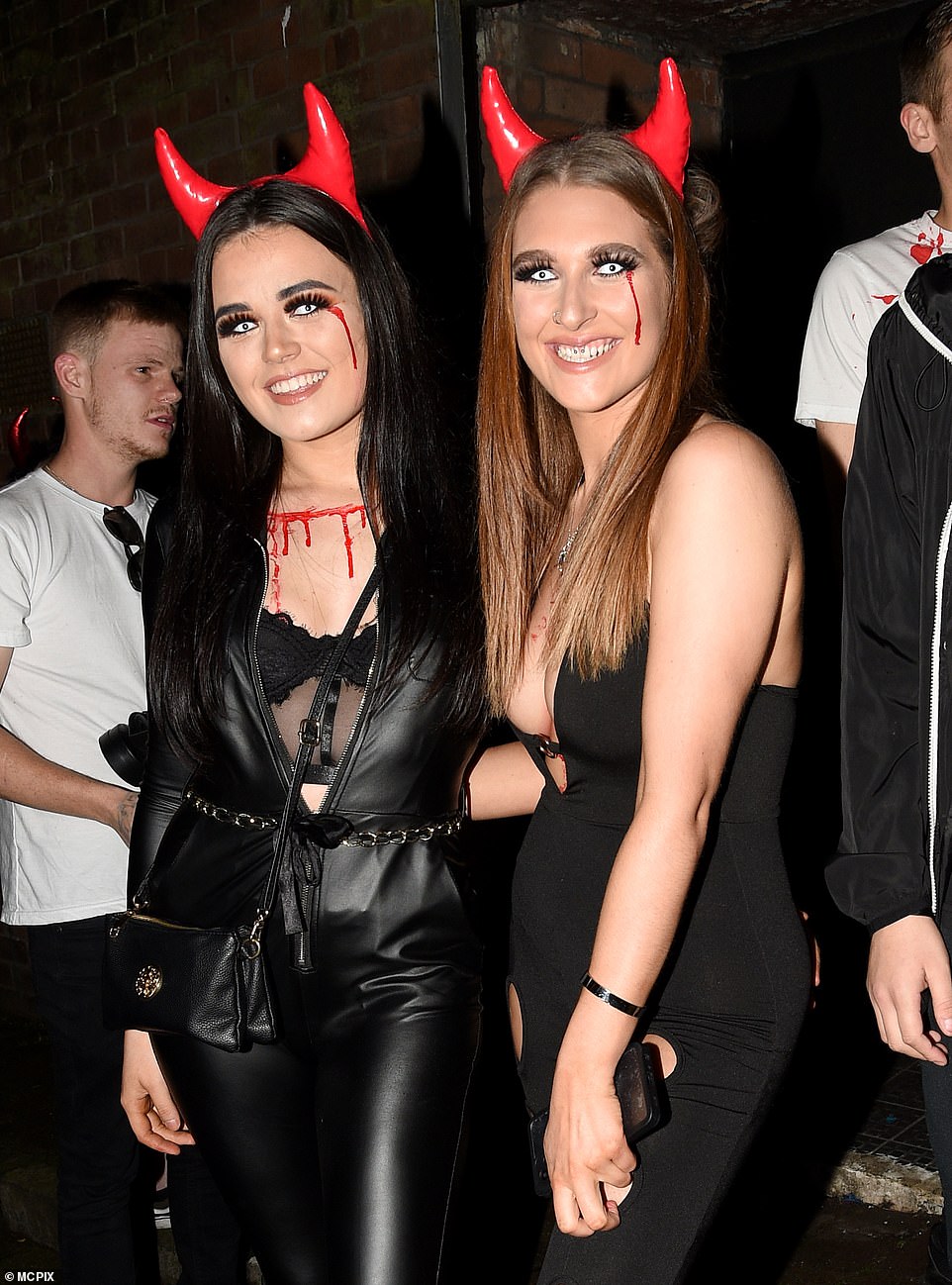 Two women dress up as the Devil for Halloween celebrations in Wigan, Greater Manchester 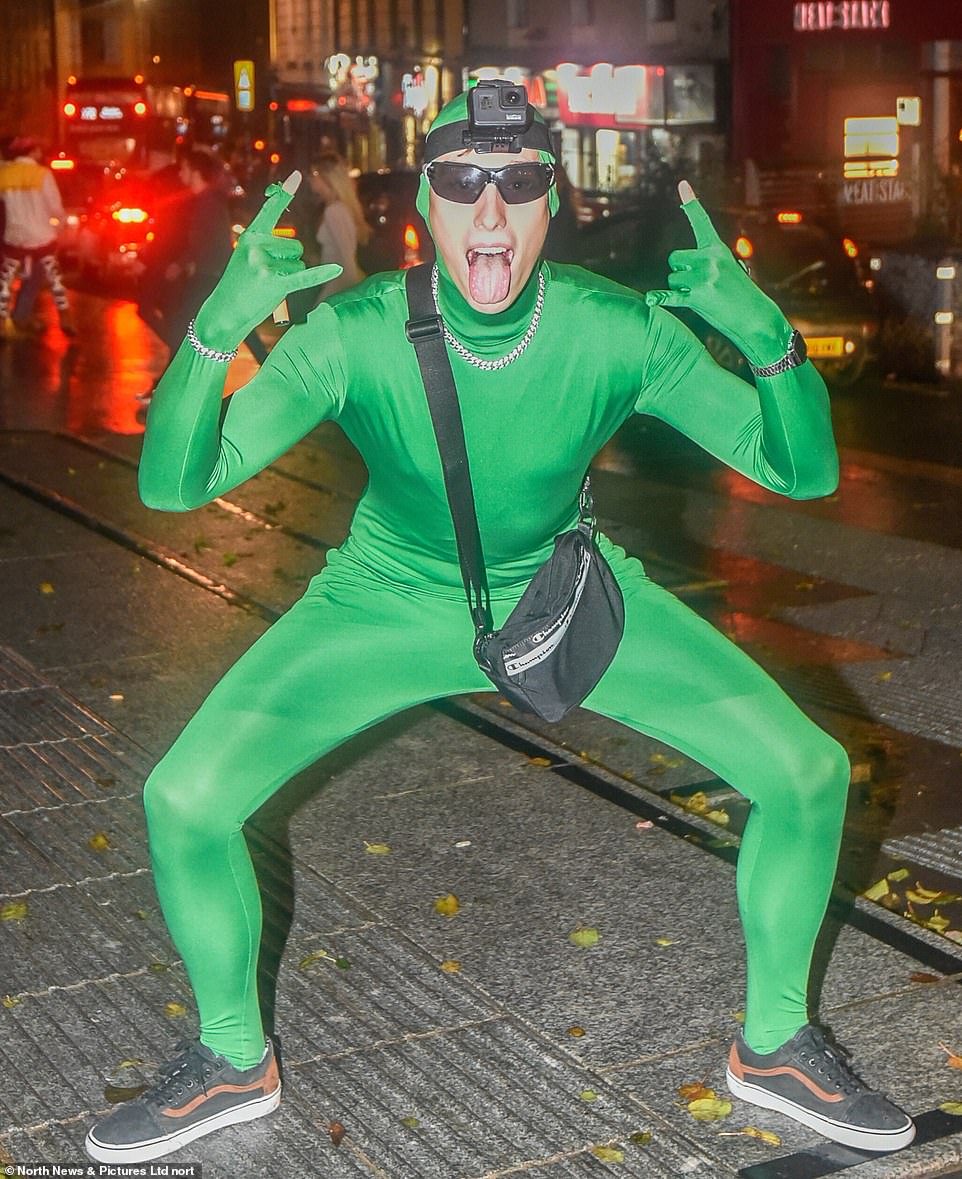 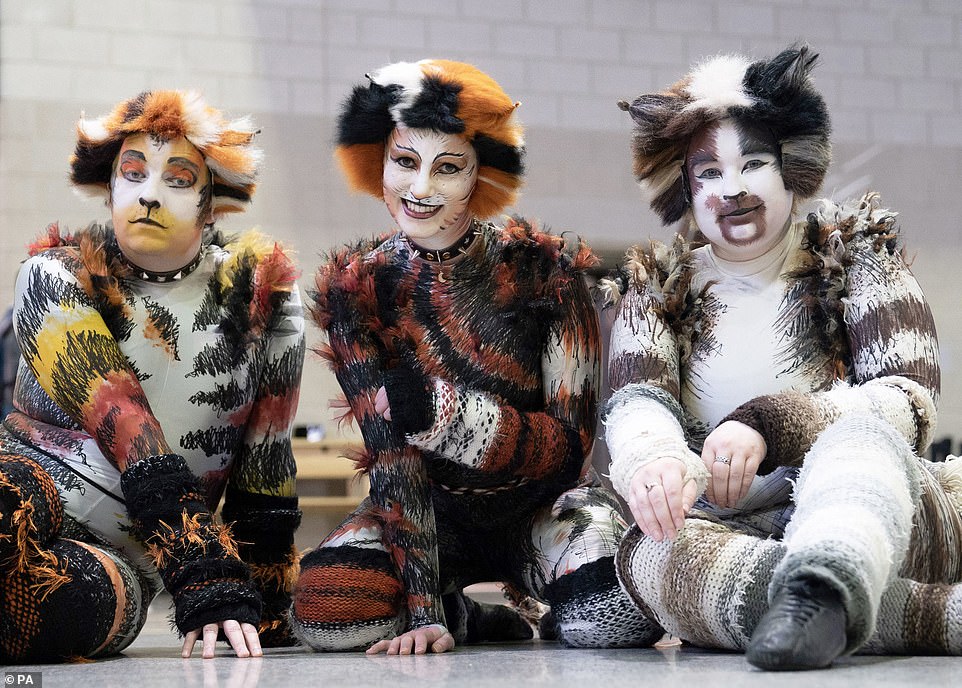 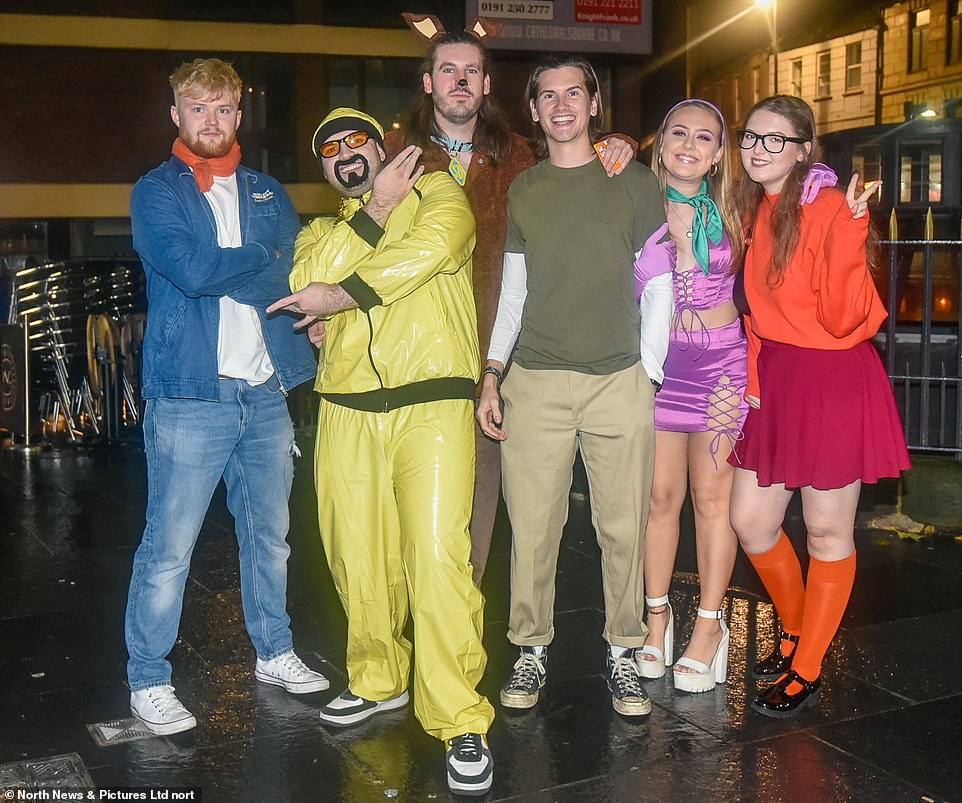 Elsewhere in the world Halloween celebrations have continued, including in war-torn Ukraine.

Despite the ongoing invasion from Russia and the 11pm to 5am curfew in place, partygoers still headed out to celebrate in the Ukrainian capital Kyiv.

People were seen partying at the HVLV night club dressed in a range of outfits outside the club and on the dance floor. 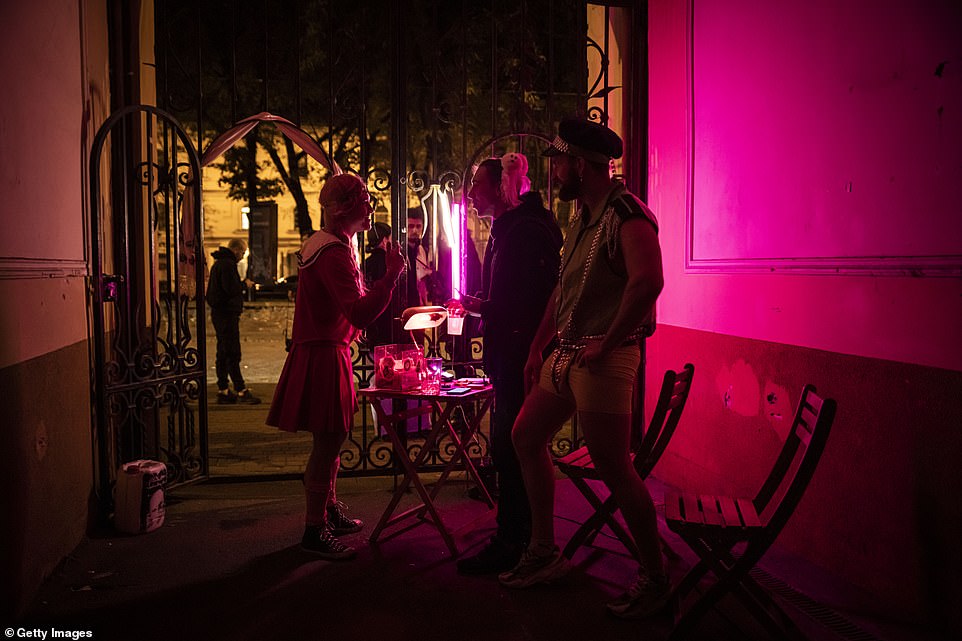 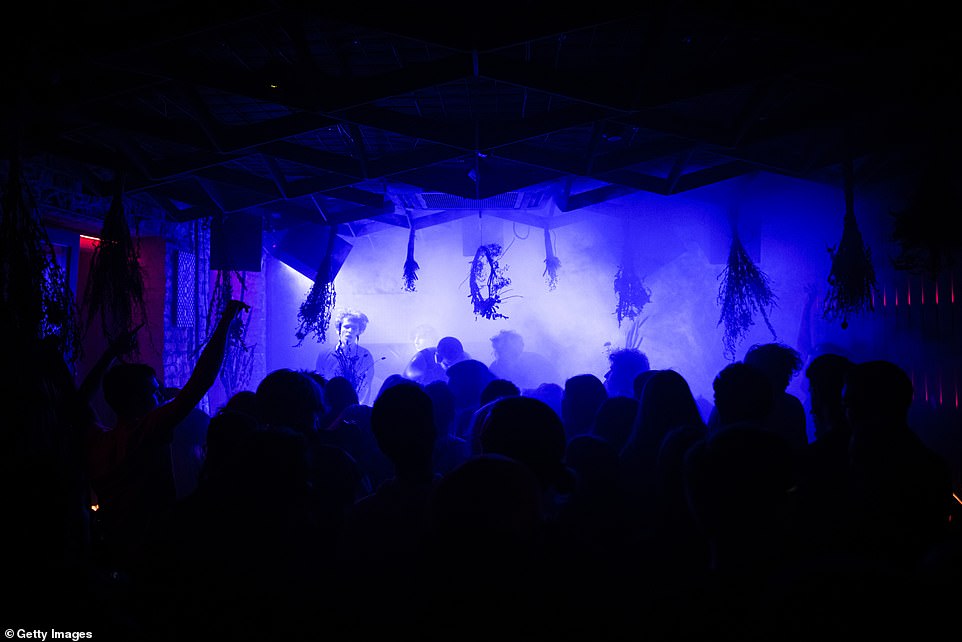 Despite the ongoing invasion from Russia and the 11pm to 5am curfew in place, partygoers still headed out to celebrate in the Ukrainian capital Kyiv 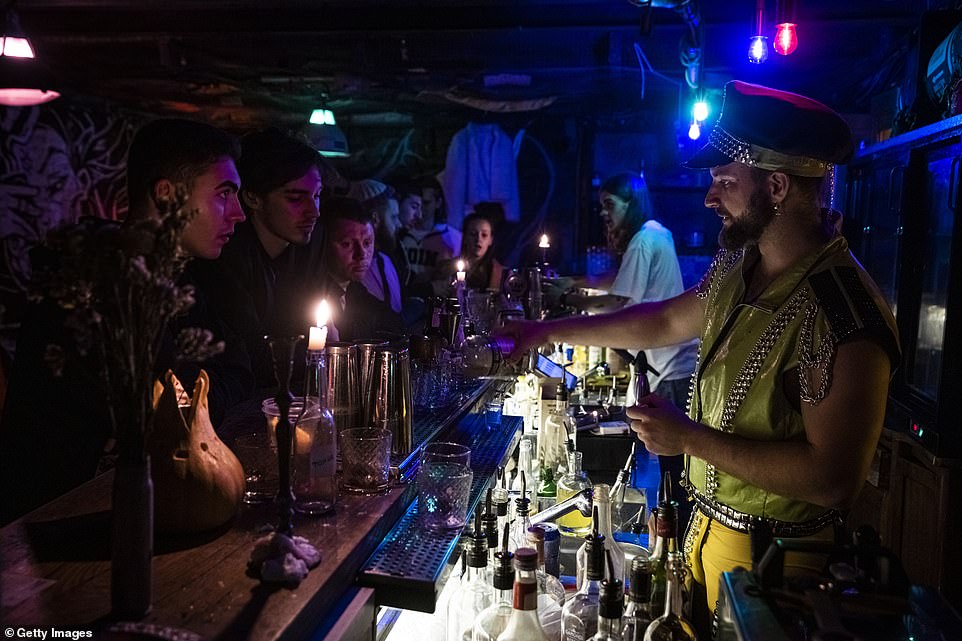 A barman dressed up as a police officer serves customers in spooky club in Kyiv, Ukraine before curfew 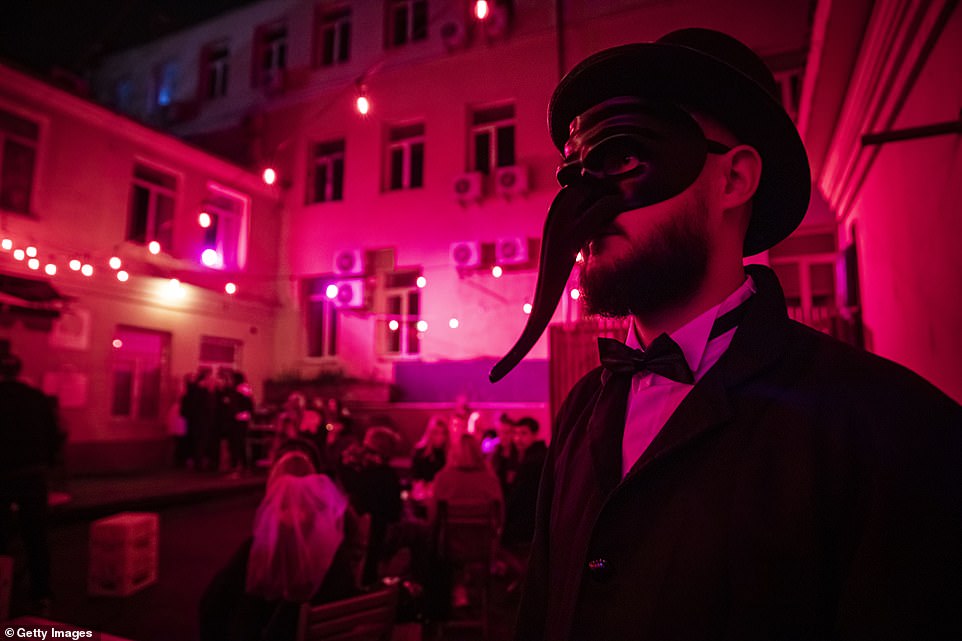 Before the 11pm curfew, partygoers in Kyiv, Ukraine headed out to make the most of the Halloween weekend