Former Top Gear host Richard Hammond and his wife Mindy were gassed before being burgled as they slept in their Saint Tropez villa.

Hammond, Mindy, and 15 other guests were targeted by raiders who used anesthetic gas to knock them out before rifling through rooms for cash and jewellery.

She revealed that she almost walked in on the burglars after hearing a noise in the hallway – but instead turned away after assuming it was another couple in the villa.

Mindy told the Express: ‘That just makes my blood run cold. I could have easily walked in and it could have been unpleasant.’ 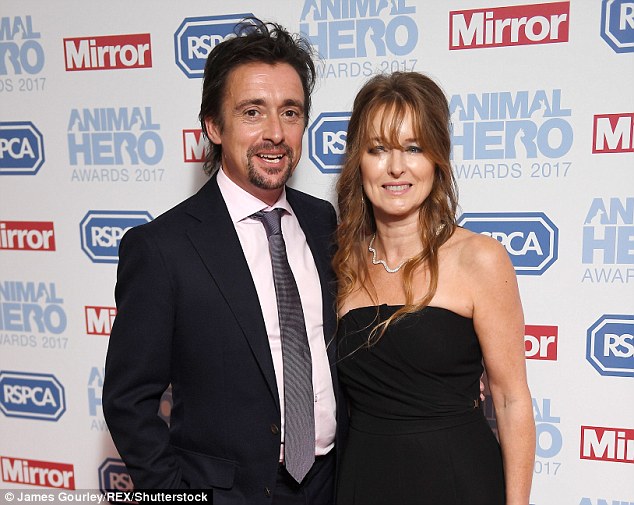 Richard Hammond and his wife Mindy, pictured together in 2017, were gassed before being burgled as they slept while on holiday

The 48-year-old Grand Tour host slept through the burglary.

The raiders were caught on camera entering neighbouring villas, and were arrested days later after the raid last month.

Burglars made off with their 15-year-old daughter Willow’s watch, as well as cash from the handbags of guests who had been at a 1920s-themed cocktail party.

Other Riviera villas in the area have also experienced gas raids in recent months.

Mindy added: ‘You have got to have some kind of confidence to do that and to be quite satisfied that people aren’t going to wake up.

‘That morning I slept in until eight. I didn’t even wake to Richard’s snoring! Nobody woke up.’

Hammond was forced to deny his £2million Herefordshire castle had been burgled earlier this year after widespread reports claimed it had been ransacked by thieves. 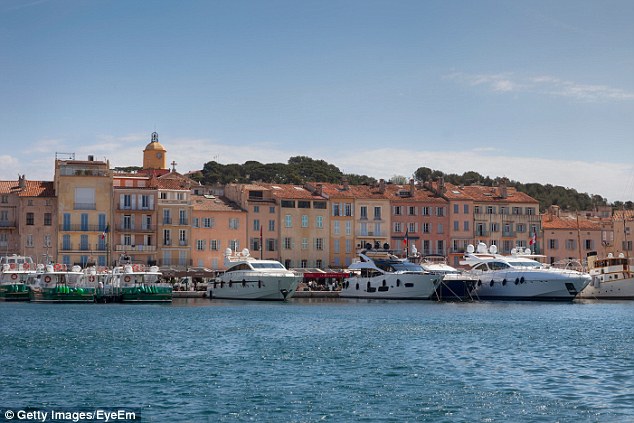 The pair, as well as 15 other guests, were targeted at their holiday villa in Saint Tropez, France (file photo)

Initial reports claimed the luxurious property was the victim of a ‘James Bond-style’ break-in.

But the TV presenter rubbished them, saying that ‘nobody broke in and nothing was stolen’.

Writing on social media, he said: ‘Hello, I would very much like to thank the press for letting me know this morning that my house has been burgled, ransacked even.

‘The thing is, I’d never have known because nothing has been taken and nobody has broken in. I know it’s terrifying. What is it when there’s a burglary where nobody breaks in and nothing is stolen?’

The Herefordshire castle is thought to be ‘as secure as Fort Knox’, boasting extensive security, including ten foot iron gates, a high-tech alarm system and a protective fort.

It was there that Hammond stayed when recovering from his near-fatal crash in Switzerland in 2017.