THE last pictures of rugby star Ricky Bibey and his Brit girlfriend show the pair walking to their hotel with a mystery couple at 4am.

Dad-of-two Bibey, 40, was found dead in the £350-a-night Hotel Continentale in the Italian city of Florence on Saturday after a "sex game went wrong". 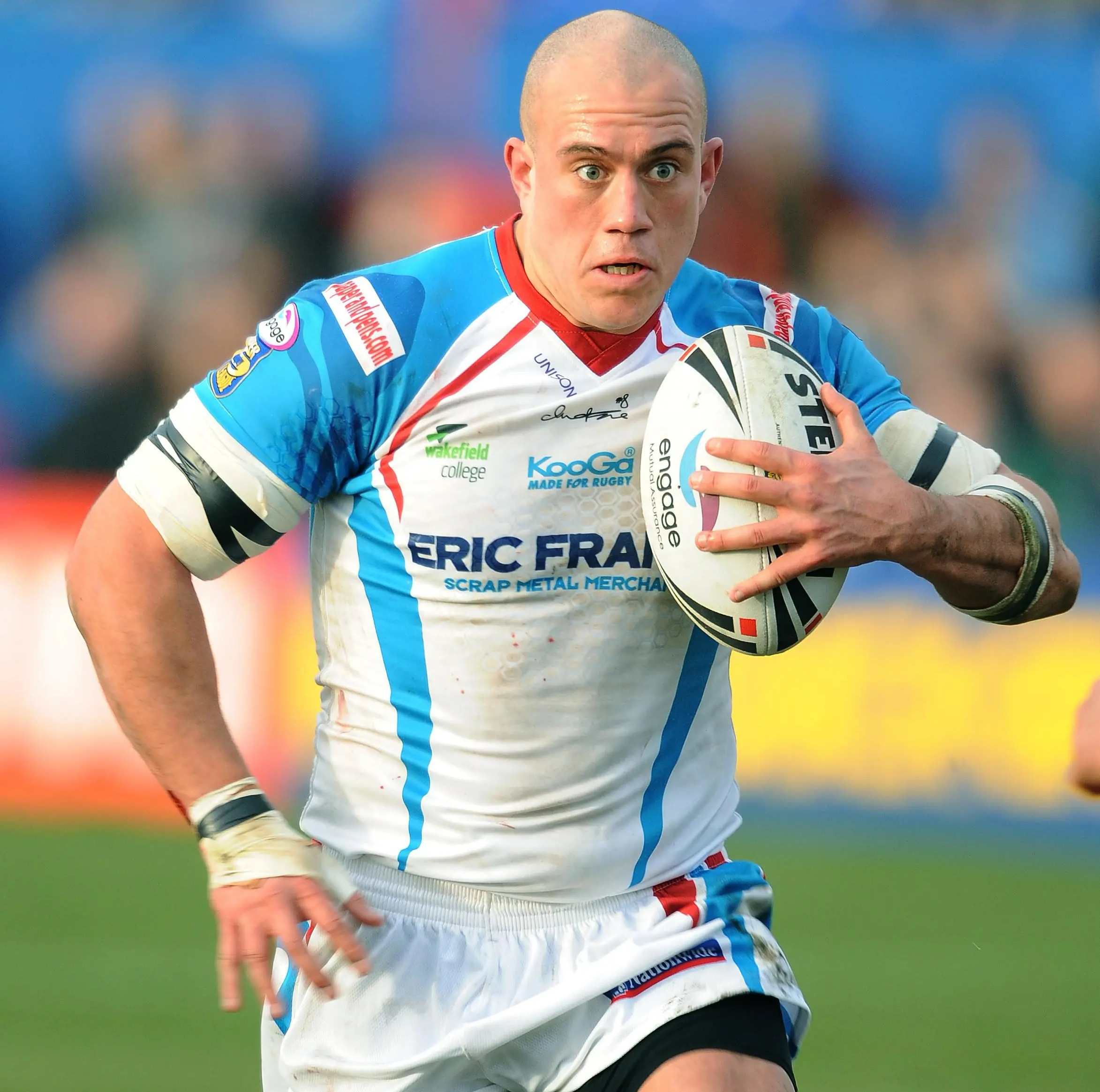 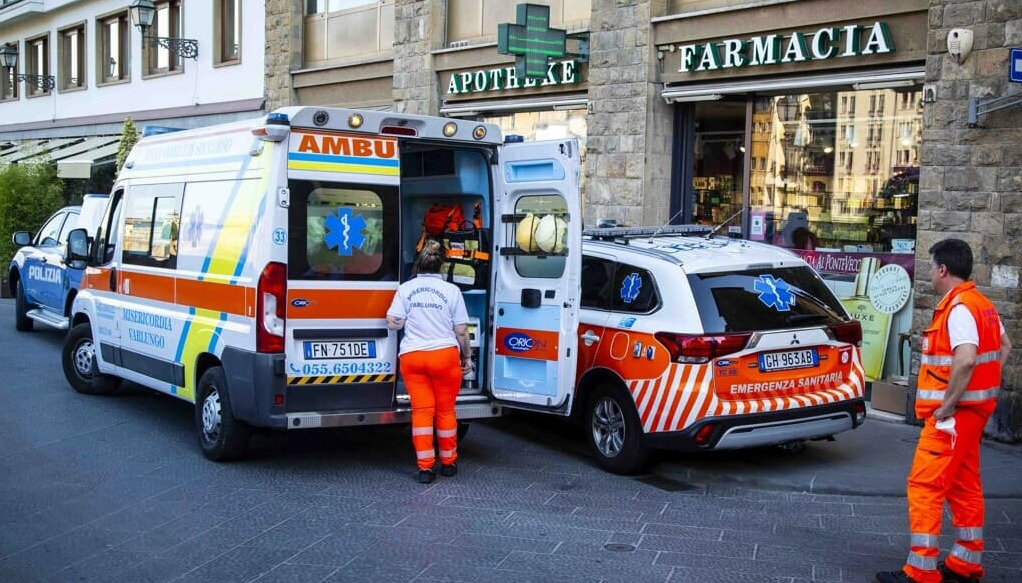 CCTV footage obtained by Mail Online shows Bibey's lover walking down a side street shortly after 4am close to the four-star hotel where they were staying.

Wearing a long dress and sandals, the woman appears first in the footage followed by Bibey and a mystery couple who have not been identified.

The woman – understood to be a mum from Manchester – appears unsteady on her feet as she reaches into her handbag before going out of shot.

Bibey, wearing a light top and shorts, appears to be pointing at something ahead of him as he talks to the unidentified woman. 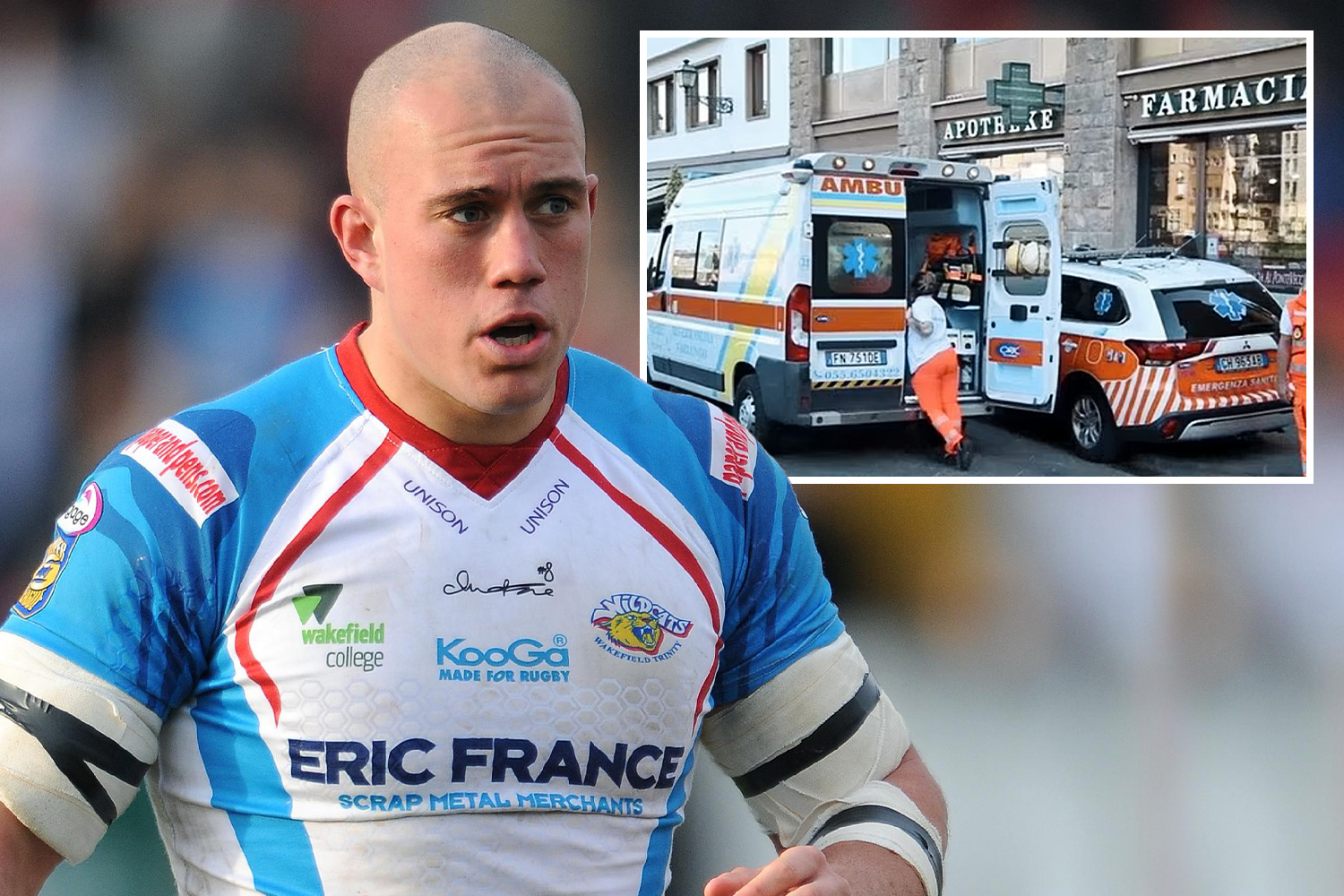 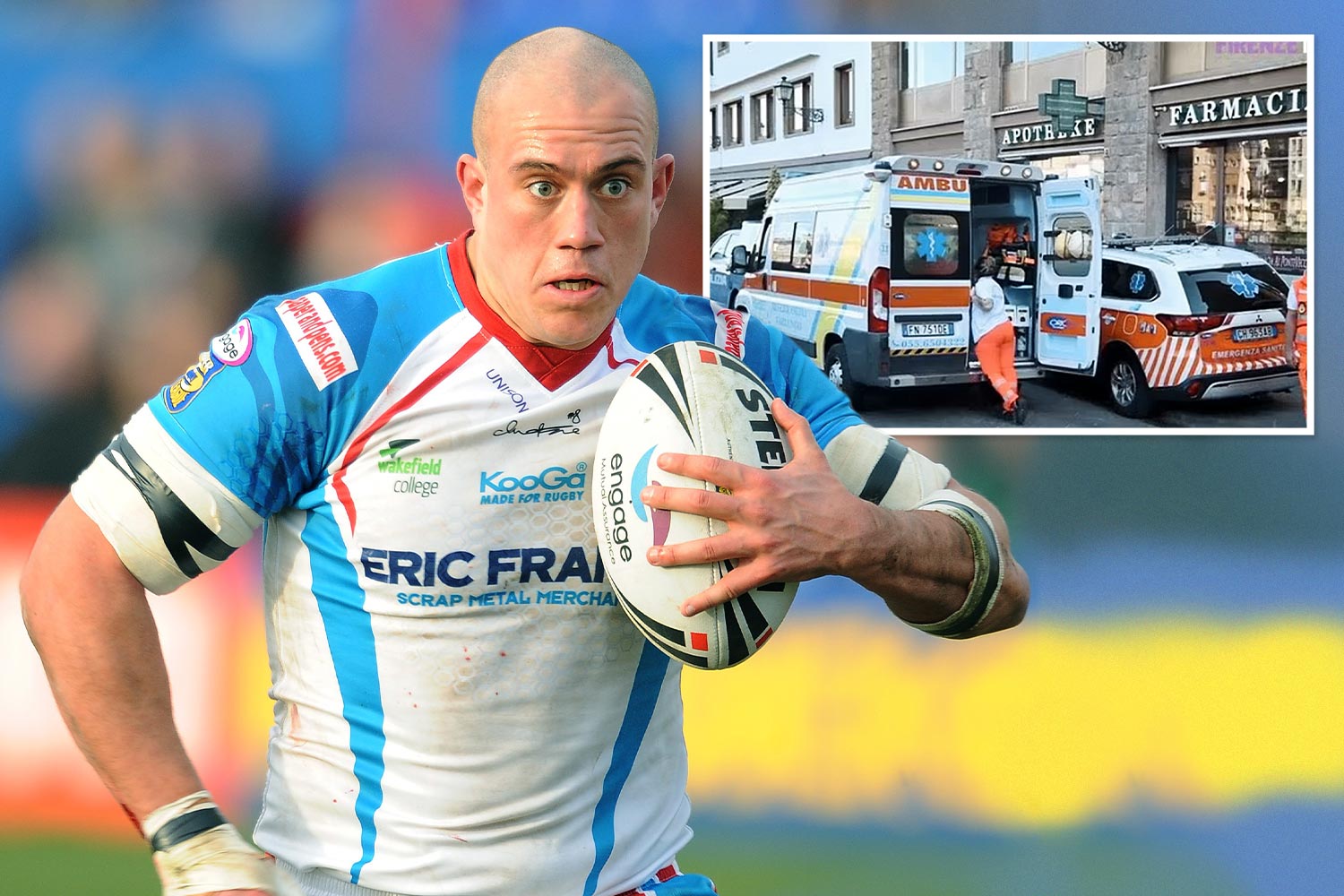 Less than three hours after the footage was taken, paramedics raced to the hotel after his girlfriend called the emergency services.

Bibey was pronounced dead at the scene, with an autopsy reportedly confirming he died from a heart attack.

His blood-soaked girlfriend reportedly screamed "Oh my God, he's dead?" after cops told her the rugby league star had died.

The 44-year-old woman was given the tragic news at her bedside in hospital and had to be calmed down by medical staff, a report claimed.

The woman – whose identity has not been revealed – was reportedly seen half-naked and covered in blood running into the hotel hallway calling for help from guests and staff, according to Italian news outlets.

She suffered from wounds including to her neck and was rushed to Florence's Careggi hospital where she underwent surgery for a haemorrhage.

A prosecution insider told the Mail Online that the Brit was in a serious but stable condition.

The source said: "When we told her that her partner had died she screamed 'Oh my God – he's dead?'

"She said she had no idea and then she had to be calmed down. She was in a terrible way and has had several operations."

They said cops were "unlikely" to question her for several days until getting the all-clear from her doctors.

Investigators are piecing together how the former England prop-forward died in the couple's swanky hotel room on Saturday.

A post-mortem is due to be carried out later this week following a delay over "family matters" and it's believed Bibey's brother is now in the central Italian city.

The MailOnline is also said to have seen a file for "manslaughter against persons unknown" being presented by Florence prosecutor Ester Nocera – though cops remain satisfied no third party was involved in the fatal incident.

The same source told the outlet: "We have to open an official file because at the moment we still have an unexplained death in circumstances that are far from clear.

"More will be explained when we speak to the woman properly and when the results of the post mortem are known.

"What we do know is that the couple returned from a night out in the early hours of the morning and then went to their room on the first floor and we know they started having consensual sex.

"But what we need to establish is if something happened later to make that sex non consensual and only the woman can tell us that."

They said Bibey was found with marks on his neck and wrists and prosecutors want to establish if they were inflicted during consensual sex or whether the 40-year-old was trying to defend himself.

Bibey's hospital-bound Brit partner was also found with injuries to her body.

The insider said cops were investigating whether it was a case of consensual sex turned bad.

"At this moment we cannot exclude any theory and that's why we really need to speak to the woman to get a clearer picture of what happened," they said.

Police have recovered objects from the couple's room and medical experts are said to be examining photos of the Manchester woman's injuries.

La Nazione and La Repubblica newspapers reported how doctors where she was being treated said the drugs tests had come back positive before an operation.

It's understood the couple's first-floor room at the Hotel Continentale in Florence has been blocked off with corridors leading to it being sectioned off and a hand sanitiser unit in place in front.

The couple landed at Pisa airport last Friday and took a train to Florence where they checked into their hotel going out for the night.

A source close to the investigation told The Times that Bibey possibly died of a heart attack during a "sex game".

Hotel staff were alerted by shouting and screaming in the room just before 8am Saturday local time, according to Corriere Della Sera.

Bibey's body was discovered lifeless on the hotel room floor.

They said: "The man was found with a series of cuts, bruises and other injuries on his body and so was the woman, although she was more seriously hurt and the man appears to have had some sort of seizure.

"There is blood in the room and the forensic teams are working there at the moment while the woman has been taken to hospital for treatment.

"Her current condition is serious but she is stable and her injuries are not life-threatening. We hope to question her at some point in the next few hours."

Italian outlet La Reppublica claims the woman told staff she saw her 40-year-old partner collapse to the ground in what's believed to have been caused by a heart attack. 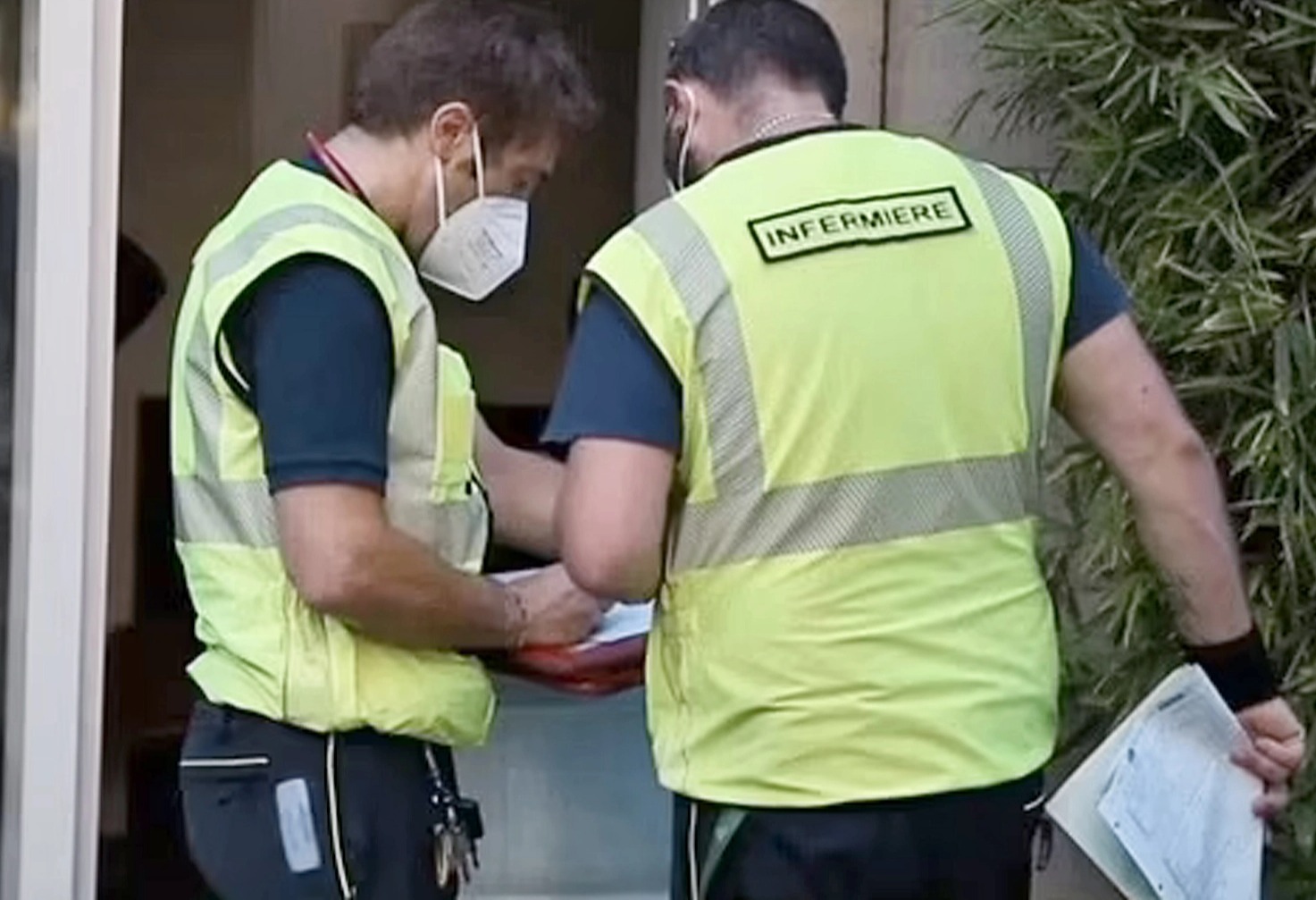 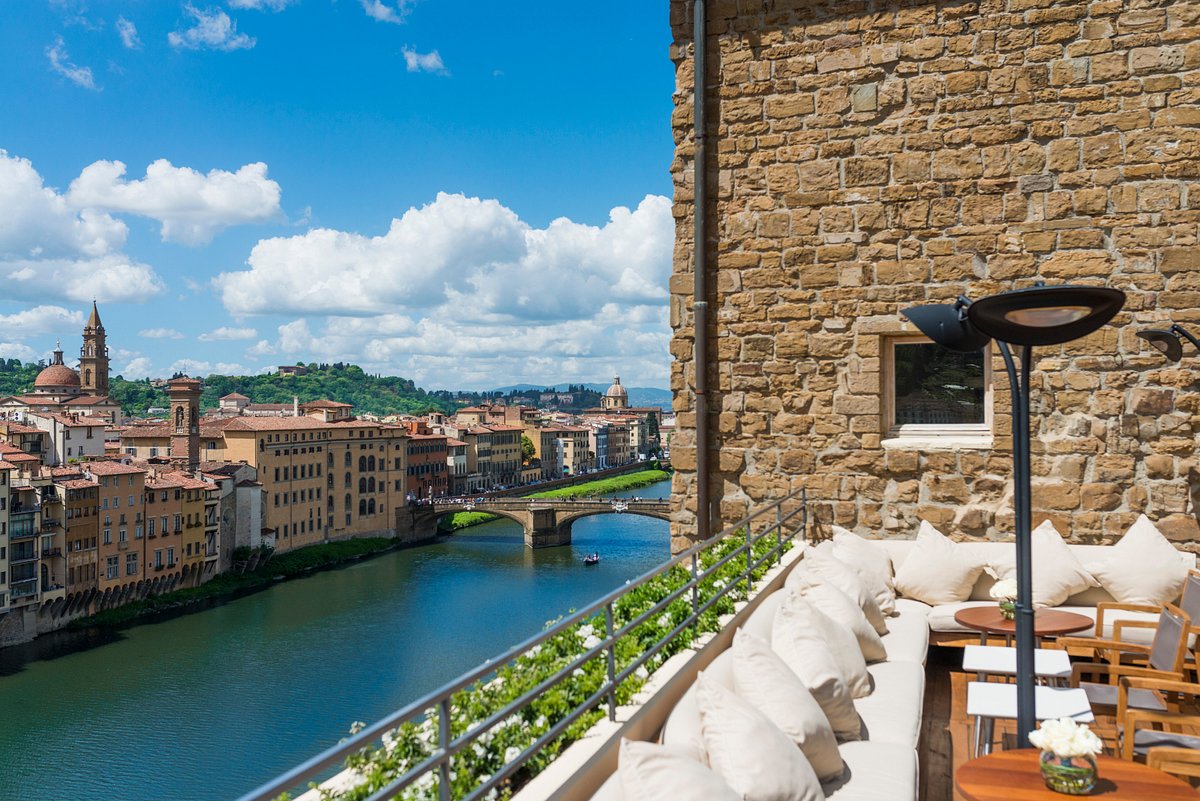