A Russian dairy farm has strapped virtual reality headsets to its cows in an experiment to ‘improve their wellbeing’ and increase milk production.

Farmers worked with developers, vets and consultants at the Krasnogorsk farm near Moscow, to beam the cattle a simulation of a summer field.

The study revealed ‘reduced anxiety and improved overall emotional mood in the herd’, according to the Ministry of Agriculture and Food in Moscow. 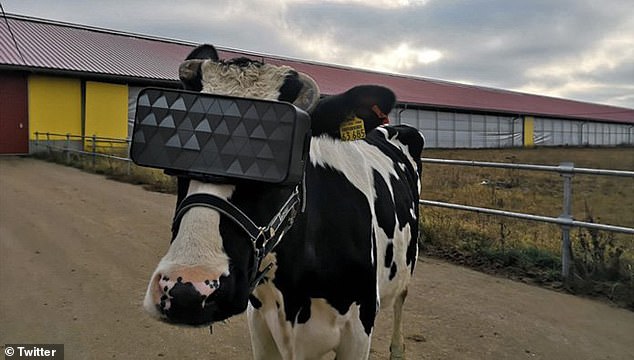 Russian dairy cows have been fitted with virtual-reality headsets, pictured, in an experiment to see whether the cutting-edge technology can improve milk production

An upcoming part of the study will observe whether this ‘improved overall mood’ has a positive effect on milk production.

The hardware was developed by taking a human VR headset and moulding it to the specifications of the animal’s head. IT specialists then tweaked the colour palette in the software to make it more suitable to the animal’s unique vision.

Though not colour blind, cows can’t see red or green and only perceive dull shades of yellow and blue. 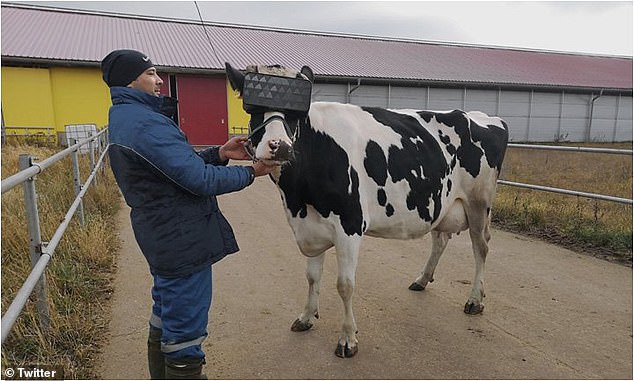 (Pictured: One of the cows and a farmer at the Krasnogorsk farm near Moscow) The study found that the headsets reduced anxiety and improved the mood of the herd 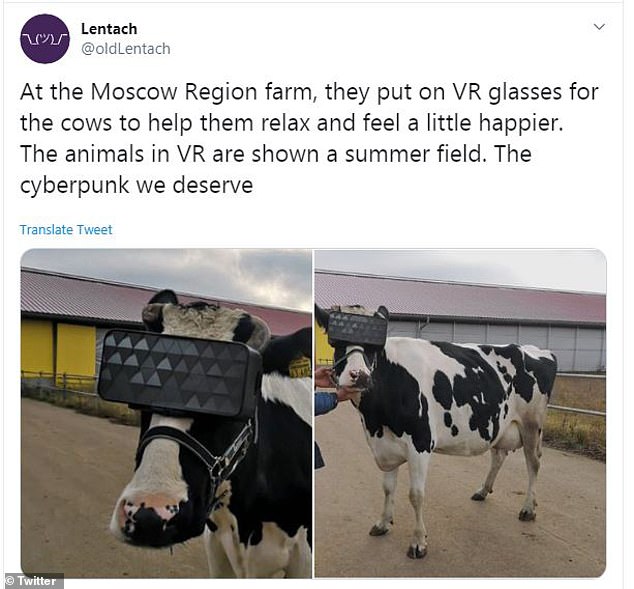 In America, rotating brushes are used to massage cattle while some Moscow farmers will play classical music with the melodies helping to relax the animals into producing more milk

The Ministry of Agriculture referred to Dutch and Scottish research findings that ‘environmental conditions have a significant impact on cow health and, as a consequence, the quality and quantity of milk produced.’

They added that the agriculture industry is increasingly relying on robotics to improve the emotional welfare of cattle.

In America, automated rotating brushes are used to massage the cattle. In other parts of Moscow, farmers play classical music to relax them into producing more milk.

In Europe, the automation of milking has allowed farmers more time to inspect the udders, hooves and general wellbeing of the herd.