SAJID Javid has insisted Britain isn't headed for another lockdown and dismissed warnings hospital admissions could hit 7,000 a day this winter.

The health secretary said he's confident that harsh restrictions won't be needed again thanks to the success of the vaccine rollout. 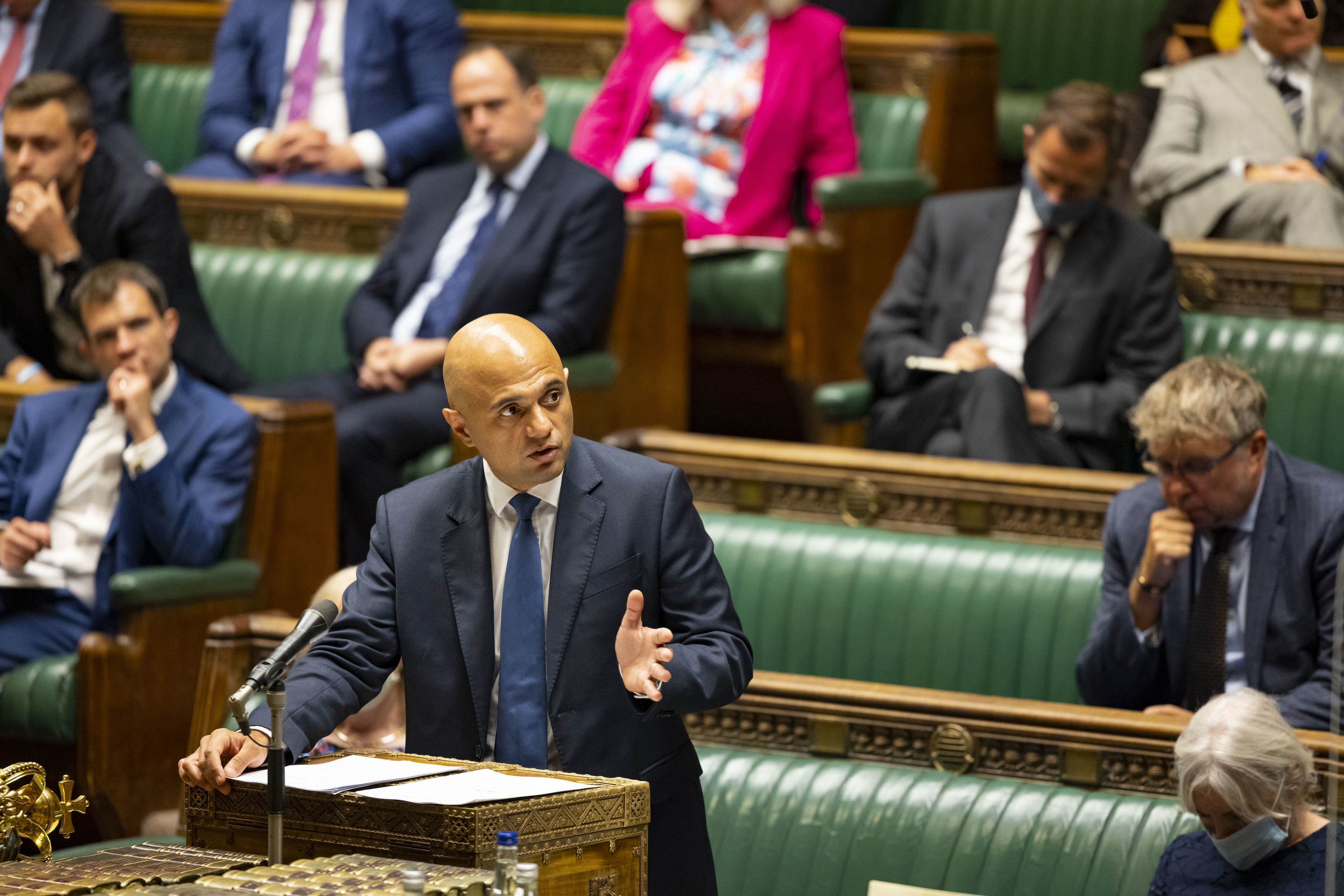 And he brushed aside a report by Sage scientists predicting a sharp rise in hospitalisations if lockdown isn't brought back now as a "best guess".

But he refused to rule out a return to lockdown entirely insisting to do so would be "irresponsible".

Mr Javid admitted a surge in hospitalisations would trigger the the Government 'Plan B' for tackling a winter wave.

That would see measures including working from home and mandatory mask wearing in public places reintroduced.

Some scientists have been pressing for No 10 to bring in those restrictions immediately and have warned case rates are too high heading into winter.

But the health secretary batted away calls for ministers to start imposing a new lockdown now as a preventative measure.

Grilled on the risk of 7,000 hospital admissions a day, he said: "I think you might be referring to the SAGE report, there's other reports.

"It's right that experts are looking at what's happening and trying to come up with their best guess of where things might go based on certain assumptions now.

"My job as the health secretary is to take all of that together and make the best decision that we can.

"I'd remind you that back when we made the step four decision there were also experts saying that case rates are going to surge to 200,000, hospitalisations are going to be 2000-3000 a day, don't do it.

"We have to listen to that but eventually make what we think is the right decision and there's no risk free decision.

"What we've announced in terms of this plan is well fought through. It's the act of a responsible government to set out this is our plan, this is what how we're going to protect the gains, but just in case things are not quite as we would want them to we've got to have another plan and get that ready too."

"The vaccines are working and other measures, but it would be irresponsible to say that we're this or that is 100% ruled out.

"Not least because I just don't know whether sometime in the future – in the next year, the year after, the year after that – there might be a vaccine escape variant. We always have to be vigilant."

Yesterday the health secretary laid out the Government's twin-track plan to avoid another national shutdown.

Plan A involves a vaccine booster plus flu vaccine blitz alongside pumping millions more into the NHS and Test and Trace.

If that fails there is a fallback blueprint for the reintroducing of masks, working from home, and vaccine passports.