Historian Sir Simon Schama has slammed his former history teacher for almost destroying his love of the subject after his old school tried to take some credit for his knighthood.

The 74-year-old made the comments on social media today, after a post from the Old Haberdashers Association in June 2018, congratulating him for his honour.

The tweet said: ‘Congratulations to @simon_schama for his well deserved Knighthood. History career partially down to the board rubber throwing skills of TE Carrington at Habs!’

In a follow up tweet the group said the teacher was ‘legendary’ for throwing things at students and also for his ‘never ending note dictations’. 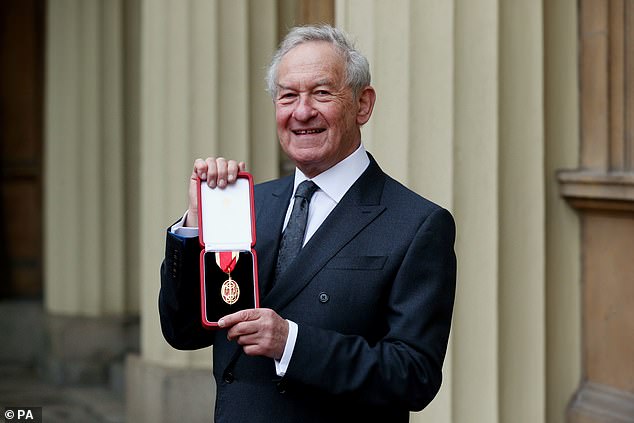 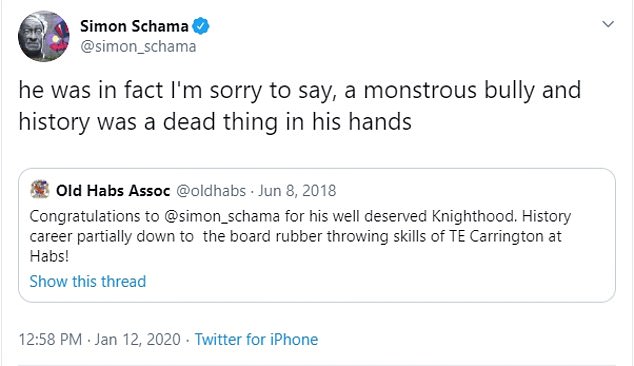 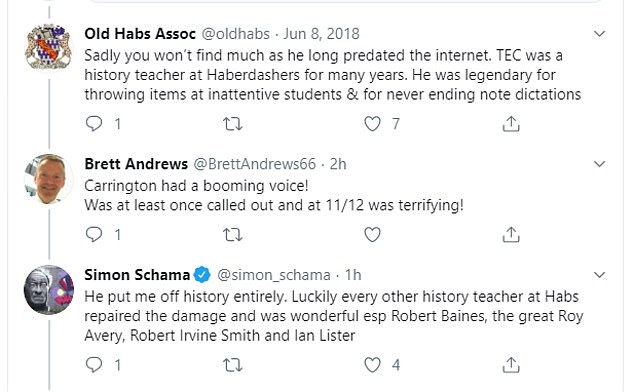 The veteran broadcaster, who attended Haberdashers’ Aske’s Boys’ School, in Elstree, was less than impressed with his former history teacher.

In a tweet response, he said: ‘he was in fact I’m sorry to say, a monstrous bully and history was a dead thing in his hands.’

However Sir Simon did add that a number of teachers at the school were brilliant.

‘Luckily every other history teacher at Habs repaired the damage and was wonderful esp Robert Baines, the great Roy Avery, Robert Irvine Smith, and Ian Lister.’

Sir Simon collected a knighthood from the Duke of Cambridge for services to history at Buckingham Palace in February last year.

The historian and author, is perhaps best known for his BBC series A History of Britain.