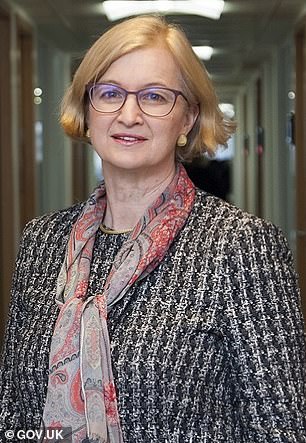 Schools that prioritised distributing food parcels to poorer children in the early stages of the pandemic may not have focused on ensuring all pupils received an education, England’s chief schools inspector has said. Amanda Spielman

Amanda Spielman also slammed the ‘enormous disparities’ in education provided during the pandemic – especially the gap between state and private schools.

She said the attention of many schools went ‘very rapidly to the most disadvantaged children’ when schools were not fully open to the vast majority pupils.

And she said that private schools have more money, more staff and better tech to bring in online classes for children forced home, but said this still doesn’t fully explain the gap between them and state schools.

Despite the efforts of schools, some of the free school meals were branded ‘disgraceful’ by Boris Johnson after scores of parents shared snaps of meagre food packages, some delivered in black bin liners.

The Prime Minister’s comments during lockdown came after a phone call with campaigning footballer Marcus Rashford, who championed access to free school meals during the pandemic.

Speaking at an Institute for Government event, the Ofsted chief said the attention given to children with greatest difficulties amid the pandemic was ‘admirable’, but it meant some schools ‘didn’t have the capacity left’ to ensure all pupils had access to remote education.

Asked about disparities in attainment between different types of schools during the pandemic, Ms Spielman played down the argument that private schools benefited significantly from the adoption of teacher-assessed grades rather than exams, compared with state schools. 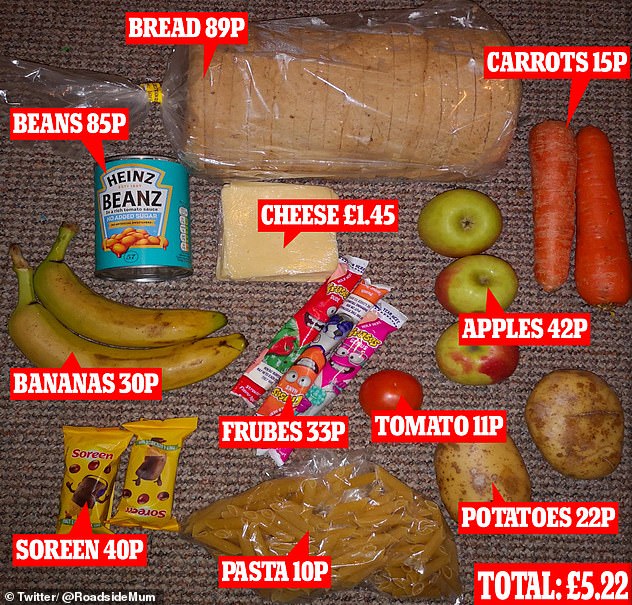 The food parcel that caused the scandal contained just £5.22 of food and sparked an apology from the PM 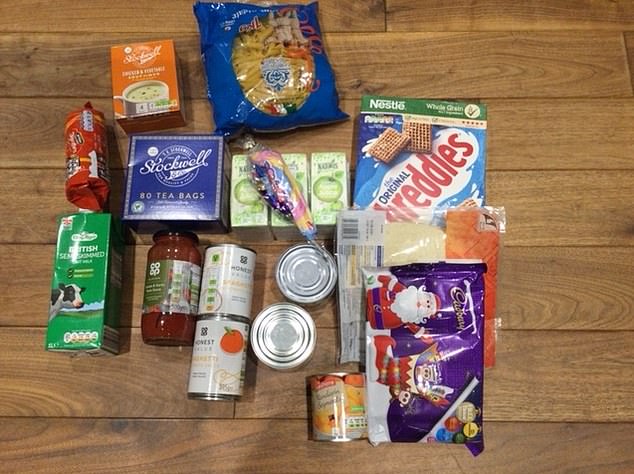 These items were sent out to parents in Medway, Kent, from a school to feed their children for a week

But addressing the disparities in what remote learning was offered, she said: ‘There is an unevenness in resource which I think we have to acknowledge.

Plans to vaccinate all over-12s across the UK descended into further confusion and controversy today as Britain’s vaccines minister admitted Year 7 children could ignore their parents’ wishes — while Tory MPs warned the jab policy will ‘tear families apart’.

A gloomy Chris Whitty warned yesterday that schools faced another winter of disruption and advised those aged 12 to 15 should be offered single doses of Pfizer’s jab from next week. No10’s vaccines minister Nadhim Zahawi said the NHS was ready to begin inoculations from next Wednesday.

There are concerns that while parental consent will be sought, it will not be needed if the healthcare worker administering the jab considers the child is competent to make the decision themselves.

Today Mr Zahawi admitted that 12-year-olds will be able to override their parents’ wishes on Covid jabs but he admitted it is likely to be ‘a very rare occurrence’. He also said parents shouldn’t be ‘stigmatised’ if they are hesitant about their children being vaccinated, given that top advisers insisted the benefits only marginally outweighed the risks.

But in more confusion, a senior member of the Joint Committee on Vaccination and Immunisation (JCVI), Professor Anthony Harnden, suggested there would be a sliding scale of competency, meaning that it would be easier for a 16-year-old to overrule a parent than for a 12-year-old who is ‘less likely to be deemed competent.

‘The average private school has three times as much money so far more staff, far more technology to mobilise to switch to teaching remotely, so I don’t think we should lose sight of that entirely. But that doesn’t explain the disparities that we saw in the state sector.

‘Another thing I saw was that in a lot of schools, it felt as though their attention went very rapidly to the most disadvantaged children, into making food parcels, going out visiting.

‘They put a great deal of attention into the children with greatest difficulties, which is admirable, but in some cases that probably got prioritised… certainly last summer… which may have meant that they didn’t have the capacity left to make sure that there was some kind of education offer for all children.

‘I think in those first few weeks when it looked as though it might just be sort of three or four weeks, it was less obvious to some that they really did need to start assembling a full remote education offering.’

On suggestions that school time should be extended to help children catch up, Ms Spielman said: ‘Enlarging the school day can certainly make sense provided it’s not just a bit of extra time that somebody else pastes on.

‘That it’s properly integrated into the curriculum, that it genuinely helps children do better in each of their classes and provides the time for the enrichment.’

Asked whether school holidays should be shortened, she added: ‘There is potentially scope for thinking about increasing the school year.’

But she highlighted that the six-week summer holiday in England is already ‘pretty short by international standards’.

‘If we’re going to capture some more time, I suspect most parents would prefer to see less holiday at some of the times of year it’s hard to keep children occupied and to do nice things outside, than to shorten the summer still further.’

In June, education recovery commissioner Sir Kevan Collins quit with a condemnation of the Government’s £1.4 billion catch-up fund, which he said fell ‘far short’ of what was needed.

He had recommended that schools be funded for a flexible extension to school time – the equivalent of 30 minutes extra every day.

But the Government’s announcement did not include plans to lengthen the school day or shorten the summer break.

The Department for Education said at the time that the findings of a review of time spent in school would inform the spending review. 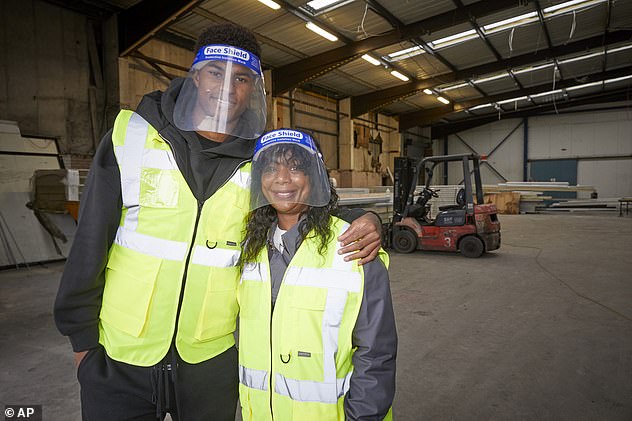