Three senior members of police staff are being probed over claims they made ‘highly misogynistic’ comments about their female colleagues.

Wiltshire Police has started the misconduct proceedings against three men working in the Crime and Communication Centre at the headquarters in Devizes, where they handle emergency calls.

It’s alleged the remarks – which were described as being ‘derogatory and highly misogynistic comments about female members of staff’ by an insider – were made using a force messaging system.

Since the probe got underway, one of the accused has resigned from his post prior to his misconduct hearing.

Proceedings will continue regardless, and if he’s found guilty, he faces being barred from working in any policing role for life. 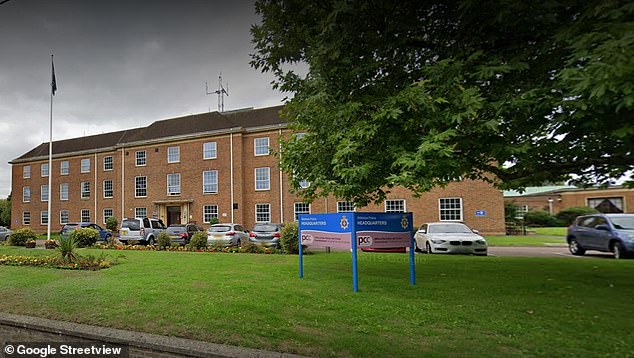 The two other members of staff, who are understood to remain employed by the force, face losing their jobs if they are found guilty at their upcoming misconduct hearings.

On November 2, the HM Inspectorate of Constabulary and Fire and Rescue Services (HMICFRS) published a report on vetting, misconduct, and misogyny in the police service – ordered following Miss Everard’s killing.

The lead inspector, Matt Parr, said: ‘We concluded that a culture of misogyny, sexism, predatory behaviour towards female police officers and staff and members of the public was prevalent in all the forces we inspected, which is a depressing finding.

‘We believe that the poor behaviour towards women we were told about is prevalent in many – if not all – forces.’

A spokesperson for Wiltshire Police said: ‘We can confirm that misconduct proceedings are live in relation to three members of police staff. This relates to allegations of inappropriate language being used on an internal IT system.

‘The misconduct hearings have not yet taken place so it would be inappropriate to comment further at this time.

‘However, we are able to confirm that one member of police staff resigned from their post prior to their hearing.

‘The Police Staff Discipline policy for police staff, as well as the Police (Conduct) Regulations for officers allow misconduct hearings to be held even when individuals resign prior and, if the allegations are proven, officers and staff who have resigned are still placed onto the College of Policing Barred Register.’