THIS is the shocking moment a driver pulls a "KNIFE" on a motorist, before being run over in a "row over petrol."

The man, clenching what appears to be a knife in his right hand, was filmed shouting at the driver through his car window just outside of a petrol station in Welling, South East London. 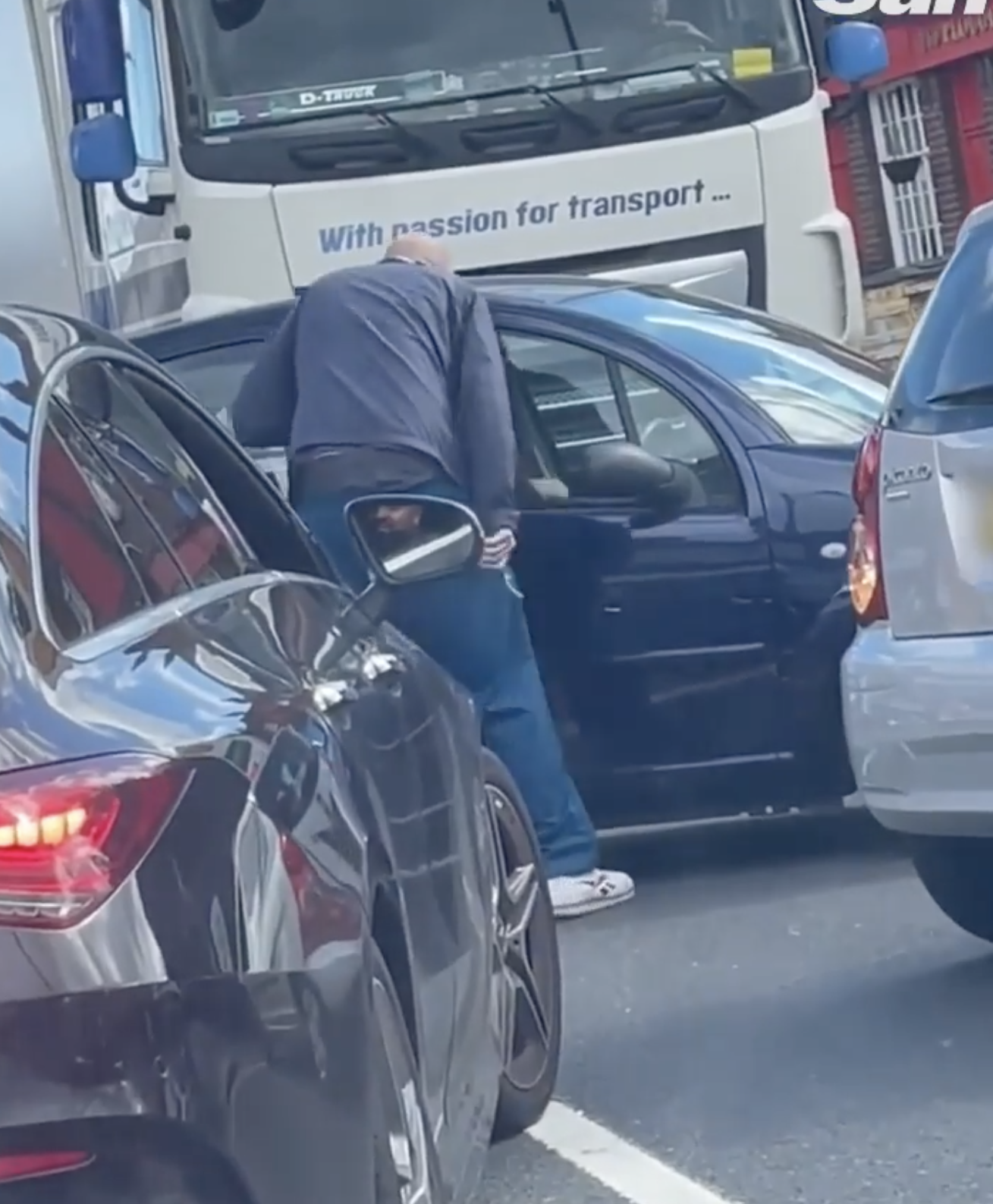 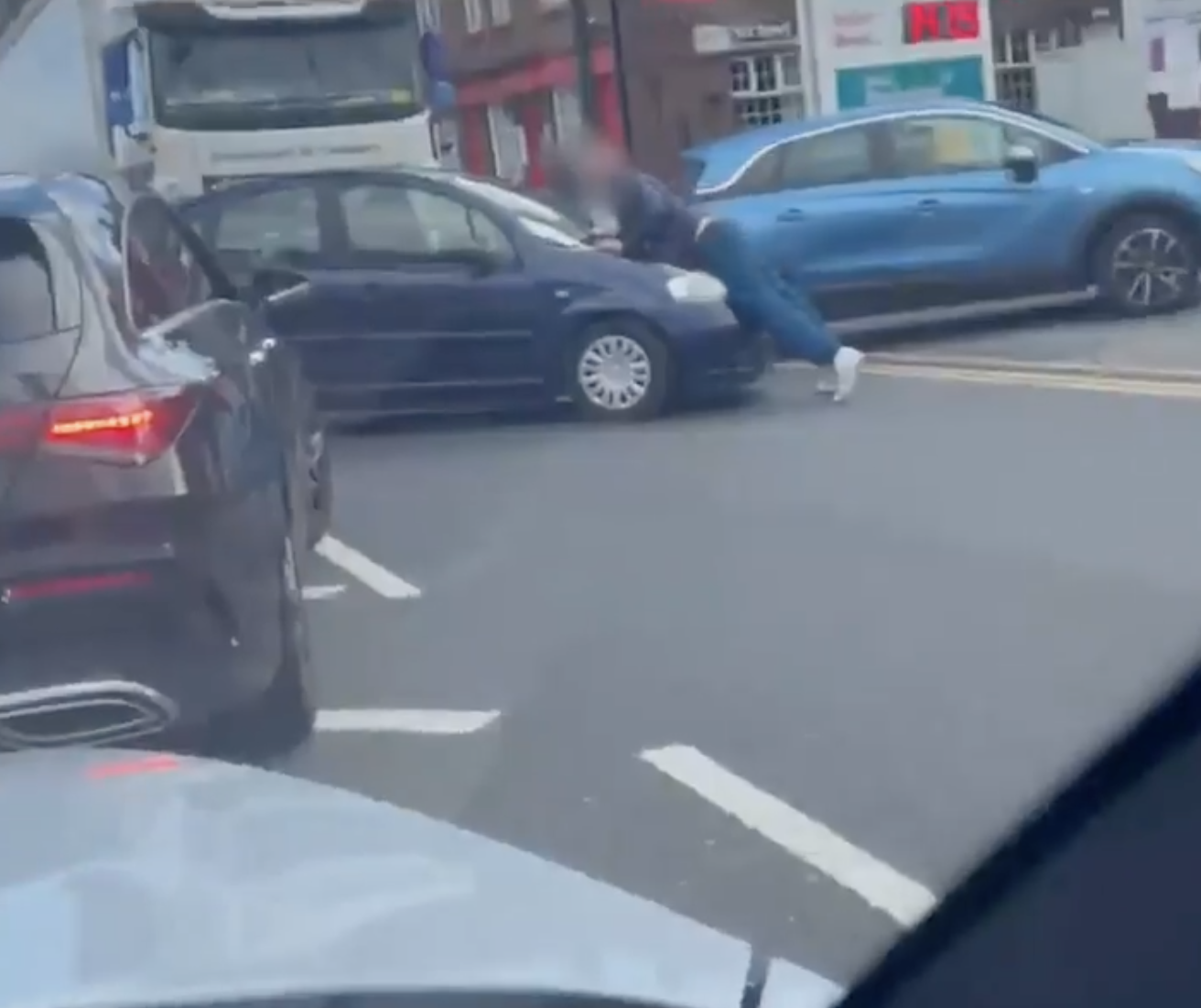 After the initial confrontation, the car then rams into the man wielding the alleged knife – who is thrown on to the bonnet of the car during the "fight over petrol."

In the clip, the man is filmed running back to the driver's side and repeatedly kicking the car – causing some damage to the wing mirror.

Police confirmed that they were called to the scene this afternoon after the two motorists started fighting – but enquiries are still ongoing.

A Met Police spokesperson told The Sun Online: "Police were called at 14:37hrs on Monday, 27 September to reports of a disturbance involving two motorists outside a petrol garage in Bellegrove Road, Welling.

"Officers attended and found no trace of either vehicle. No injuries were reported and no suspects were identified.

"We are aware of footage online which appears to show the incident and will review this as part of our ongoing enquiries."

The weekend frenzy reached fever pitch on Monday morning, as motorists continue to besiege filling stations after a weekend of chaos.

Drivers are facing huge queues at petrol station forecourts across the country as the petrol pump chaos caused by panic buying and a shortage of HGV drivers continues.

Meanwhile, a fight broke out in Epping, Essex, this afternoon as motorists argued in between queues of petrol-grabbing motorists.

Five men, three of which were wearing hi-vis, punched each other as drivers beeped their horns in the queues to fill up their tanks.

This comes after drivers were warned that they could be breaking the LAW by stockpiling petrol – here's how to not get caught out.

According to the Health and Safety Executive, you can only legally store up to 30 litres of petrol at your home without informing the correct authorities.

This means that Brits who are needlessly stockpiling petrol at home in jerry cans could be breaking the law.

Rules say that just 20 litres of petrol can be stored in a metal jerry can at home, either in a shed or garage.

And no more than 10 litres are allowed to be held in plastic alternative containers.

If Brits are holding more than this – they legally have to tell their local Petroleum Enforcement Authority (PEA) in writing.

Guidelines also dictate that you must give them your name and address of storage location.

When driving from a petrol station, you can only carry two jerry cans in a vehicle at one time – and they must be stored in the boot.

Today, a "stupid" panic buyer was spotted emptying out water bottles and filling them with petrol while she held up a 30-minute queue of desperate drivers behind her.

The daft driver was seen at the Shell garage in Cobham Services on the M25 – seemingly oblivious to the danger of using the wrong container.

The woman is seen shamelessly emptying out a 1.5 litre plastic bottle before bending down to fill it up with fuel, before repeating the process with another.

"I couldn't believe what I was seeing. I thought 'I can't believe the stupidity of this woman'," the dad-of-six said.

"This is the kind of thing that causes the problem. People filling up things they shouldn't be filling up and no one else can get the fuel because of other people's stupidity.

"The queue was all the way down the slip road. We were queuing for about 20 to 30 minutes," he continued.

"She was all blasé and doing it right in front of me. It's ludicrous."

Gavin quickly moved away from the foolish driver as he feared her makeshift petrol 'can' could have been a fire risk – while others suggested the fuel could have been contaminated by the leftover water. 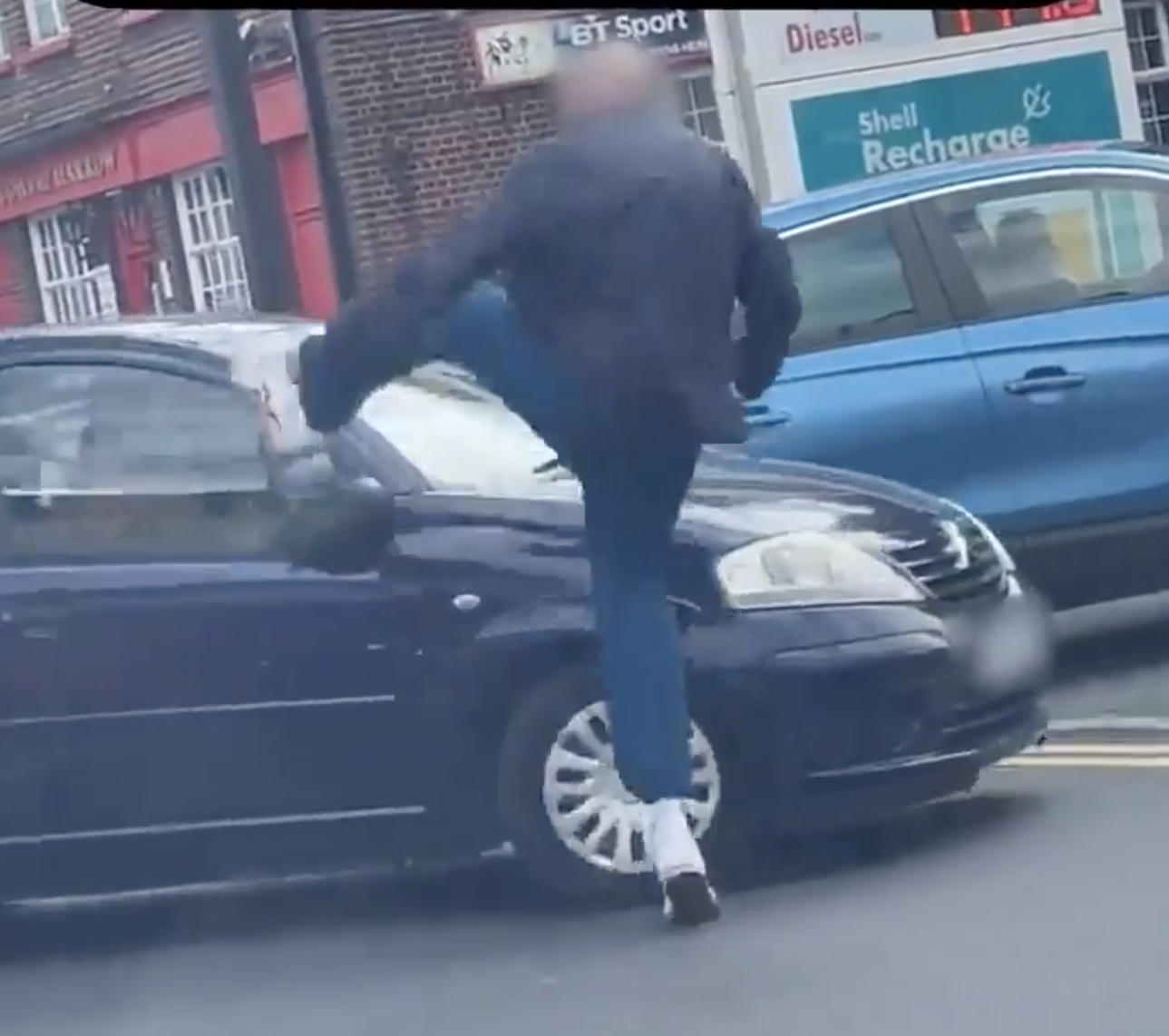