And you thought your school showers were cold! Screaming Siberian children are made to strip to their underwear and throw buckets of ICY WATER over themselves as part of the curriculum – in the belief it wards off infections

Children at a Siberian kindergarten strip to their underwear and douse themselves with a bucket of icy water as part of the curriculum.

At state kindergarten number 317 in Krasnoyarsk, Siberia, this is believed to keep them healthy, and stop infections.

The children take the cold showers daily after a hot sauna, as long as the temperature is no lower than 25C.

A video shows the children dousing themselves in the cold  at the kindergarten – which is also known as Sibiryachok, or Little Siberian.

‘The little walruses warmed themselves in the sauna and went outside for a traditional cold water shower’, said a a spokesperson for Krasnoyarsk education department.

Children at state kindergarten 317 in Krasnoyarsk, in Siberia are seen pouring ice water over themselves to celebrate the Orthodox Epiphany 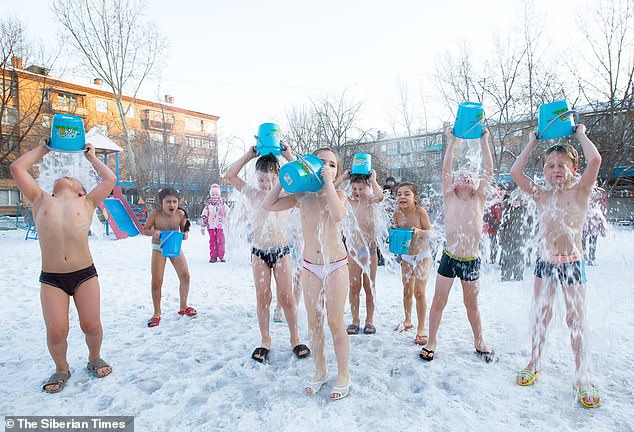 Kindergarteners douse themselves with ice cold water in Siberia, Russia. The process is believed to keep the youngsters healthy and ward off infections 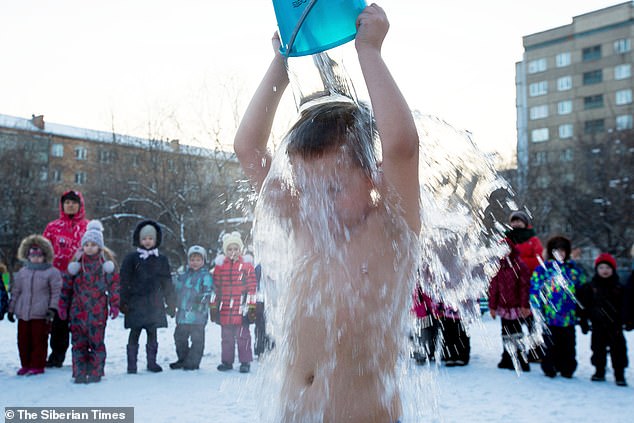 A boy pours ice cold water over himself in Siberia, Russia. Pre-school teacher Oksana Kabotko said most parents give their permission for the cold shower

Pre-school teacher and swimming coach Oksana Kabotko, 45, said: ‘The children have the ice cold shower if it’s no colder than minus 25C.’

Most parents give their permission for the cold shower which she claims leads to fewer days off school in a typical year.

The youngsters are also taught breathing exercises for the deep cold.

‘The children who do have the ice showers are also more sensible, balanced – and optimistic. 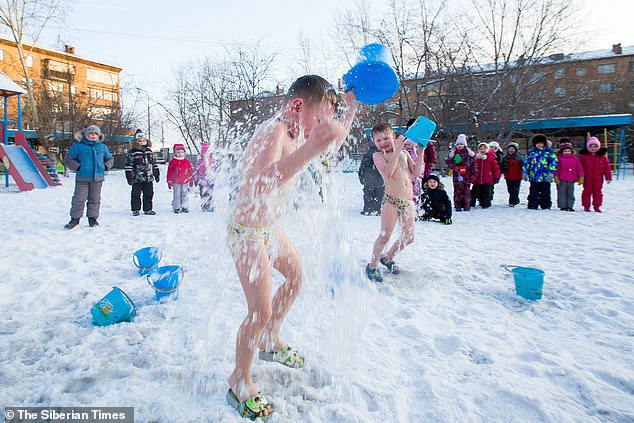 A youngster douses himself in ice cold water in Siberia, Russia. The children are taught breathing exercises for the deep cold 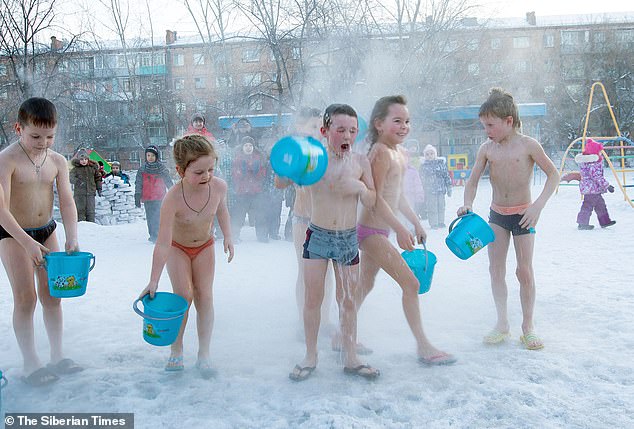 According to teachers at the school in Siberia, the youngsters who take part are more ‘sensible, balanced and optimistic’ 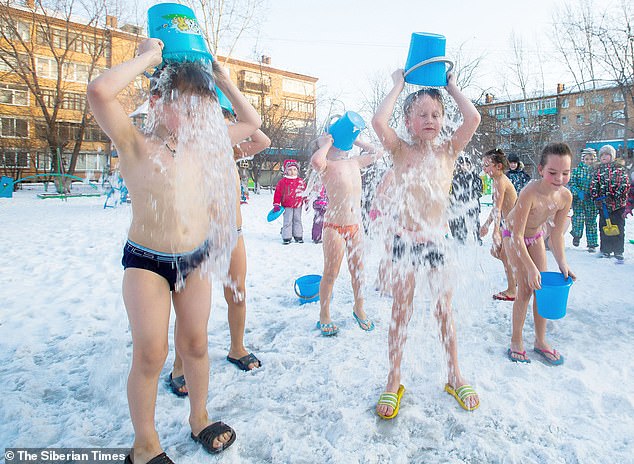 The teachers also say the cold showers lead to fewer days off school each year (Pictured: Children brave the cold water in Siberia)

‘They are better organised.

‘But just imagine, you need to do it every morning, you require the willpower to do that.

‘We don’t force anyone.’ 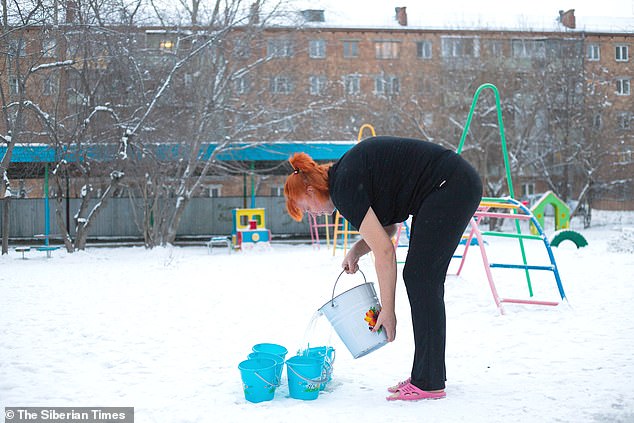 A teacher at state school 317 fills up a bucket of the freezing-cold water for the children to douse themselves with in Siberia, Russia

‘Facts are hard to argue with.

‘Our doctor confirms that children in groups that practice dousing get through the flu season a lot more easily.

‘Generally the statistics show there are 95 percent of healthy children in the ‘wet’ group, compared to 75 percent among the others.’