Socialite, 28, sent pictures of herself snorting cocaine hours before she took her own life in ‘lax security’ psychiatric hospital after mystery man was able to walk in and leave her bag of drugs 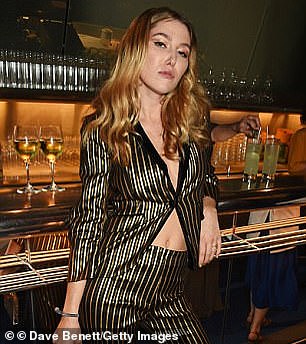 A socialite sent pictures of herself snorting cocaine to another patient hours before she killed herself in a private psychiatric hospital where security was ‘lax’, an inquest has heard.

Daisy Boyd, 28, was found leaning against her bathroom door at 7.30am on October 5 last year at the Nightingale Hospital in Marylebone, central London.

She had suffocated herself and hospital staff and paramedics were unable to revive her.

A bag containing cocaine along with rolled up notes and unauthorised tranquillisers were found in her room, Westminster Coroner’s Court heard. 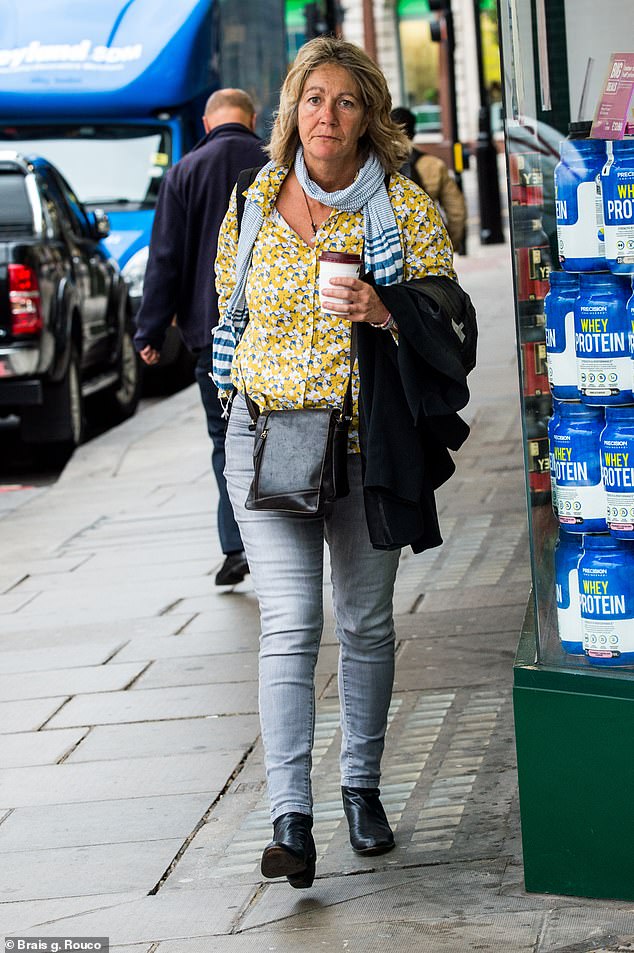 Daisy Boyd’s mother, Lucy Boyd, is seen arriving at Westminster Coroners Court to attend the inquest into her daughter’s death where she told the court that Daisy ‘sent another patient pictures of her snorting cocaine in her bathroom’ the night before she died 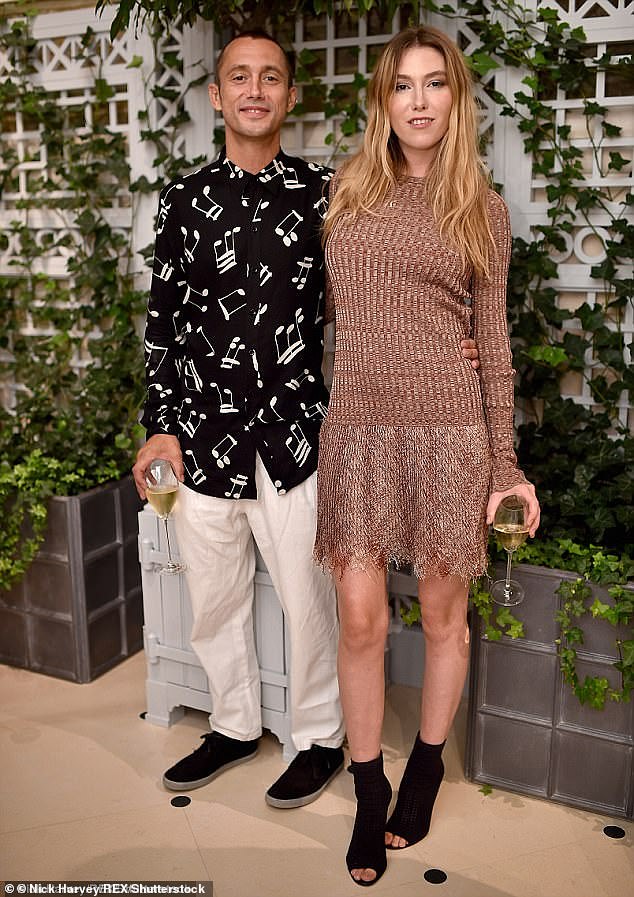 Daisy Boyd (right) is pictured with her publishing heir fiancé Dan Macmillan (left). The pair were engaged in the summer of 2016 but Miss Boyd was left ‘extremely distressed’ when it ended and asked to be checked into Nightingale hospital

A visitor, who signed in as ‘AR’, had dropped a bag of cocaine in reception the day before Daisy’s death, the inquest heard.

Miss Boyd had expressed a desire to commit suicide in a therapy session on 26 September but was not put on 24-hour observation.

Her mother Lucy Boyd told the court that Daisy ‘sent another patient pictures of her snorting cocaine in her bathroom’ the night before she died. 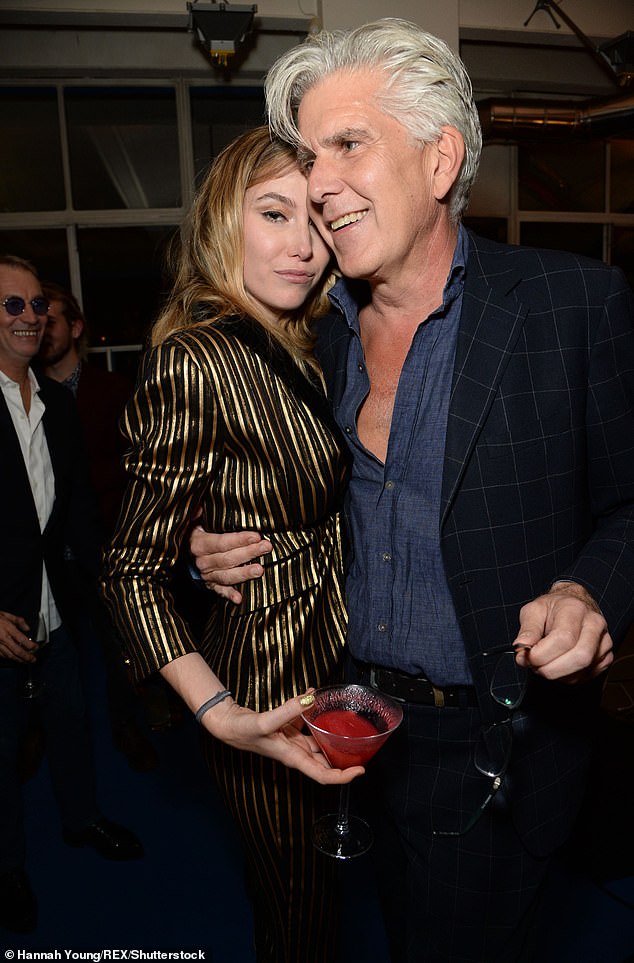 Miss Boyd with her father, leading architect Tim Boyd, at her engagement party to fiancé Dan Macmillan in 2016

‘All bags should be searched even without any suspicion.’

But Coroner Shirley Radcliffe said that was unrealistic, adding: ‘An informal psychiatric hospital should not turn into something akin to a prison.’

Ms Jones also questioned why no further action was taken after razor blades and rope were found in Miss Boyd’s room on 25 September.

‘There’s a cross in ‘no further action required’, she said, referring to nursing records.

‘In what situation is it deemed that further action is required then?’

Nightingale Hospital Compliance Officer, Lesley Gelasso, replied that it was ‘discussed in the handover and brought to her consultant’s attention.’

Miss Boyd’s father, top architect Tim Boyd, said it was unclear who was managing the hospital. 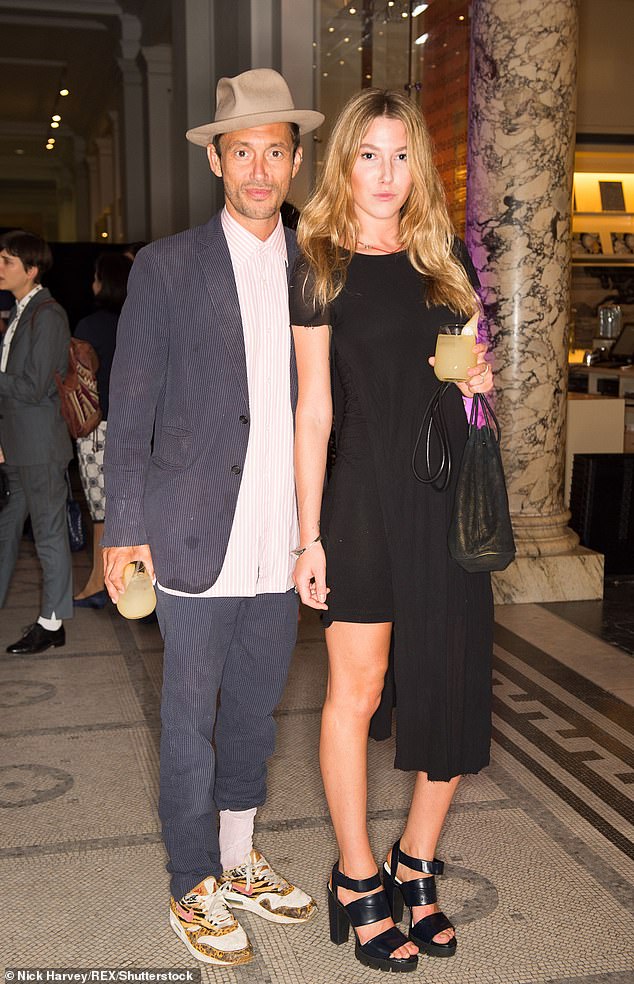 Miss Boyd began a ‘serious relationship’ with her fiancé – publishing heir Dan Macmillan (left) – in August 2014 and he was financially supporting her. The pair were engaged in the summer of 2016 but the relationship became increasingly ‘rocky’

He asked: ‘Sorry, can I ask a broader question of how the hospital is managed?

‘You’re compliance manager, who is above or below you?

‘It’s all quite alarming.’

Miss Boyd was last seen going for a cigarette at 7am and only heard through the bathroom door 15 minutes later.

‘They now have to be seen, the policy did not say that,’ she said.

Daisy Boyd and Dan Macmillan: Architect’s daughter and heir to a publishing fortune

Daisy Boyd and Dan Macmillan, in 2016

The grand-daughter of the late River Café co-owner Rose Gray and daughter of leading architect Tim Boyd was due to be married to Mr Macmillan, heir to a £300 million publishing fortune.

Mr Macmillan, once dubbed the Vulgar Viscount, was the great-grandson of Tory PM Harold Macmillan.

They had a stylish engagement party at the River Cafe – where her stepfather Charles Pullan, married to her mother Lucy, is manager.

Heir to the Macmillan family’s £300 million fortune, Mr Macmillan was also formerly engaged to Ukrainian model Sasha Volkova, but split from her in late 2011.

Formally, he is Viscount Macmillan of Ovenden, a courtesy title as he is heir to the Earldom of Stockton.

His father, Tory peer Alexander, the 2nd Earl, sold the Macmillan publishing house to a German firm in the 1990s.

Miss Boyd was a former pupil of £36,000-a-year Woldingham, a Roman Catholic boarding school in Surrey.

In the past Old Etonian Mr Macmillan has been romantically linked to models Kate Moss and Jade Jagger, who ended their friendship after finding he was dating them simultaneously.

Ms Gelasso admitted that their visitor policy was inadequate and has since been improved.

‘Some visitors were not doing what they were told, we have been quite harsh about that, she said.

‘Some visitors are now asked to wait in reception and nurses are made aware.

‘All visitors must now sign in with a full name.’

A statement from Miss Boyd’s family detailing Miss Boyd’s struggles with depression and cocaine addiction has been read out in court.

She attempted suicide in September 2013 by overdosing on paracetamol tablets after the ‘breakdown of a relationship from a man who was physically and emotionally abusive.’

Miss Boyd began a ‘serious relationship’ with her fiancé – publishing heir Dan Macmillan – in August 2014 and he was financially supporting her.

The pair were engaged in the summer of 2016 but the relationship became increasingly ‘rocky.’

Miss Boyd was left ‘extremely distressed’ when it ended in October 2016 and asked to be checked into Nightingale hospital.

She was again discharged and began a relationship with a 61-year-old married Egyptian man who also used cocaine, the court heard.

On 16 September, her lover called her mother and said she had attempted suicide after taking a quantity of Xanax.

She planned to suffocate herself on that occasion but passed out before she could, the court heard.

She was placed on suicide watch but that was downgraded to 30 and 15 minute observations as she appeared to improve.

Miss Boyd didn’t stop using cocaine and her septum fell out of her nose during a visit from her mother in the weeks before her death.

On 22 September, Daisy handed in a bag of cocaine to staff that was in her bag, the court heard.

A razorblade and ropes were found in her room on 25 September.

On 4 October she told her father he didn’t ‘need to visit tomorrow as she was busy.’

Dr Radcliffe later recorded that Miss Boyd committed suicide by placing a bag over head while under the influence of cocaine.

‘She was being treated for an adjustment disorder, emotionally unstable personality disorder of the impulsive type and alcohol and drug issues.

‘She placed a bag over her head and was under the influence of cocaine.

‘My conclusion is suicide whilst under influence of cocaine.

‘I would like to offer my deep, deep condolences to her friends and family.’ 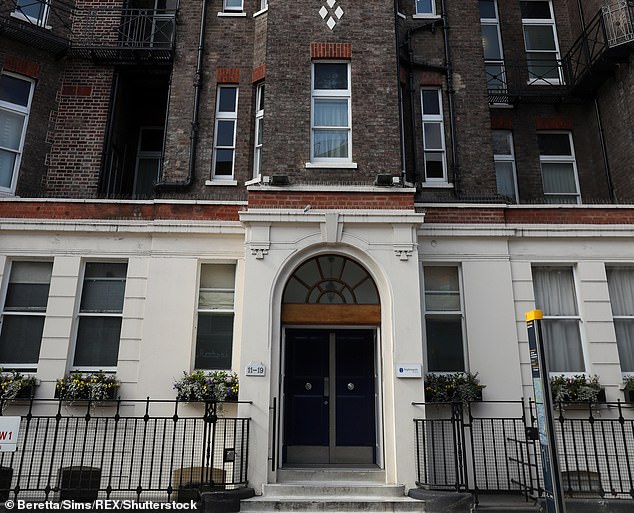 Miss Boyd was found leaning against her bathroom door at the Nightingale Hospital in Marylebone, central London

‘I don’t think her death could have been predicted to occur on that day.

‘Even with the use of cocaine, staff interacted with her entirely normally that evening; she was sitting in the kitchen and planning her for weigh-in the next day.

‘There’s nothing that would have alerted staff that she was at risk of the act of self-harm that led to her death.

‘The hospital have accepted that there were things that could have improved and they have put those things in place.

‘Miss Boyd had quite a significant list of diagnoses; I think it was appropriate for her to be on the general psychiatric ward.

‘The focus should have been on her adjustment disorder and her reaction to grief and loss.

‘Suicide can never be avoided 100 percent; risk can be minimised but her long term risk of death was great.

‘Even at that time, her progress appeared to be more positive than negative..’

‘Hospital security was unsuitably lax at that time.

‘You could sign in with initials and visit without nursing staff being informed.

‘The hospital needed that to change and it has changed.’

Dr Radcliffe said if ‘prisons are awash with drugs’ then it’s ‘unavoidable’ that they will get into hospitals.

‘You cannot prevent parents or visitors bringing in items unless you are going to be prepared to examine every bag and strip-search them.’

Miss Boyd, a sculptor, was the grand-daughter of the late River Café co-owner Rose Gray.

She and Dan Macmillan – the great-grandson of Tory PM Harold Macmillan – held a lavish engagement party at the River Cafe in October 2016, a year before her death.

For confidential support in the UK, call the Samaritans on 116123 or visit a local Samaritans branch. See samaritans.org for details.