As Britons gear up for the final day of the Bank Holiday weekend, it appears the weather may put a dampener on any celebrations with heavy downpours and thunder predicted across the country.

After a weekend of mixed conditions, people have been advised again to pack a brolly with frequent showers expected throughout the day.

Anyone hoping to top up their tan before heading back to work tomorrow is set to be disappointed.

A Met Office meteorologist said: ‘If you are out and about with clear blue skies, do be aware showers won’t be far away.

‘When you catch them they are likely to be heavy with a risk of thunder.’ 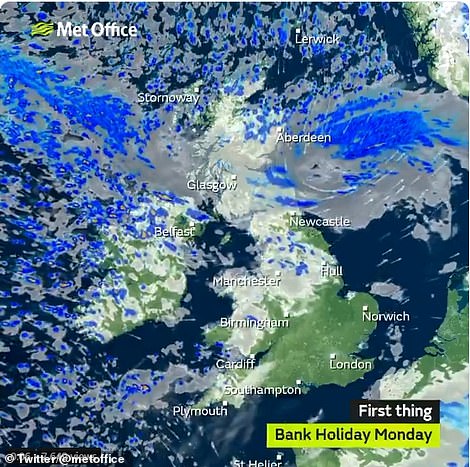 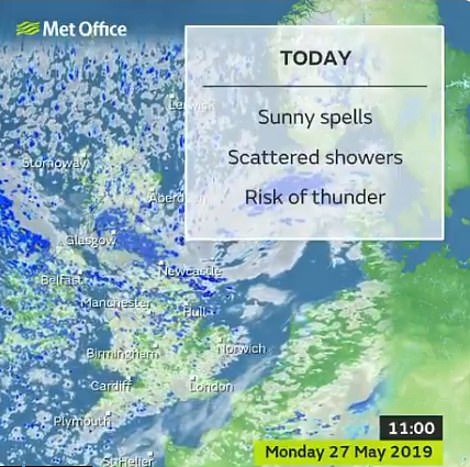 This morning, the north will bear the brunt of the heavy showers but over the rest of the day other areas will be affected by the poor conditions with thunder and downpours expected 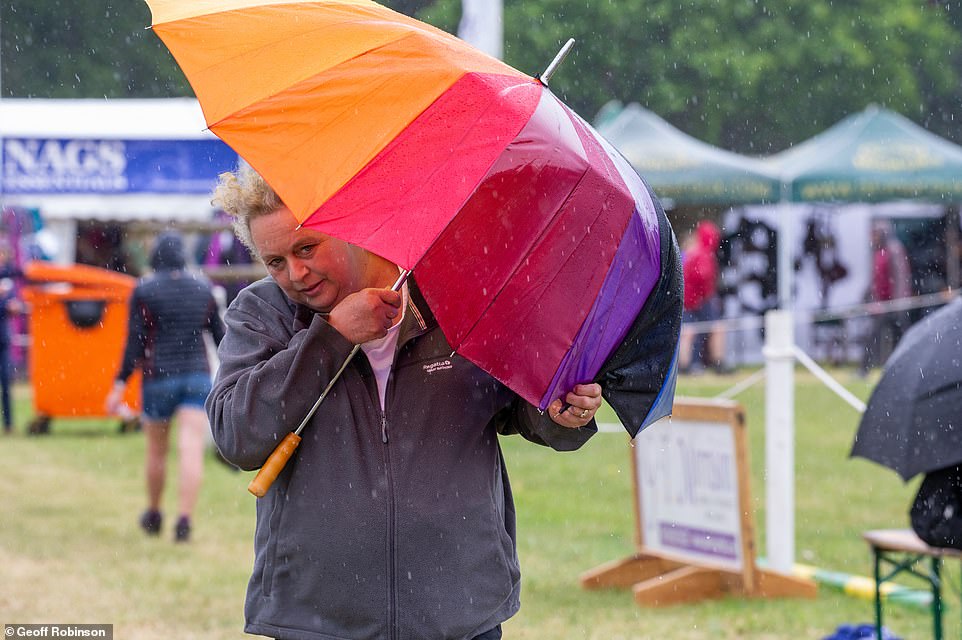 Despite the gloom, high temperatures are expected with highs of around 68F (20C) in London and the south coast.

It comes after a weekend where Britons flocked to the coast with 6.6million making the most of the glorious weather on Saturday.

The RAC predicted 5.6million car journeys today across the UK but the weather could put a halt to these plans.

Through the rest of the week, a mix of sunshine and showers is expected but the downpours will be less heavy and frequent than today.

Forecasters have predicted gloom for the final days of May with thunder, clouds and heavy downpours expected across the UK 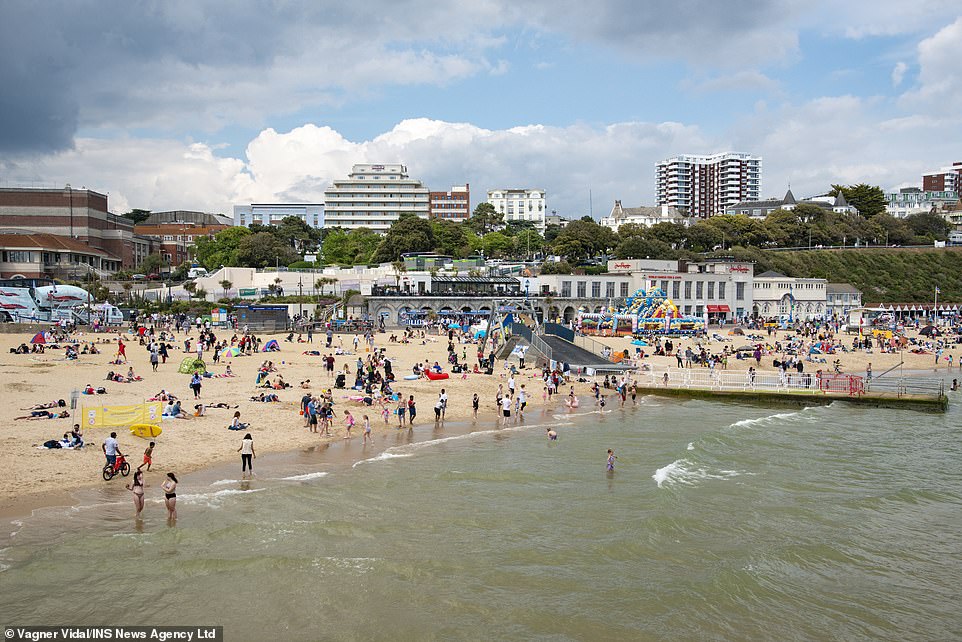 Hundreds of families flocked to the beach at Bournemouth, Dorset, on Saturday afternoon to make the most of the fine weather before the Bank Holiday turned into a washout 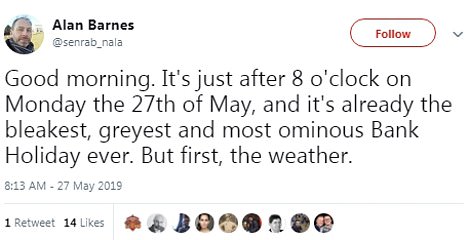 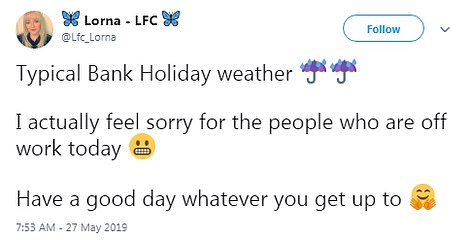 With British politics in turmoil it appears the weather is reflecting the national mood with rain, thunder and occasional blue skies throughout the coming days 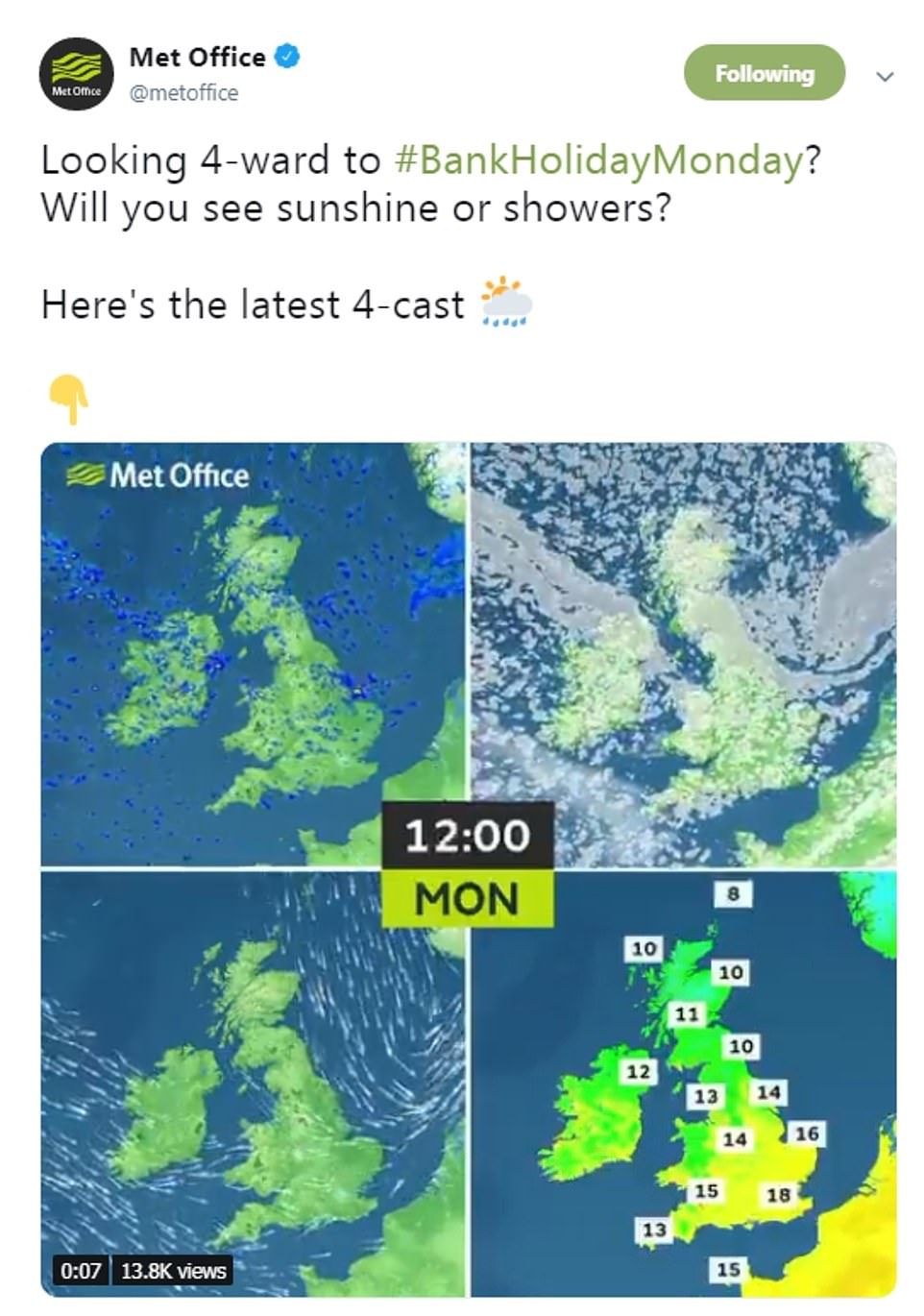 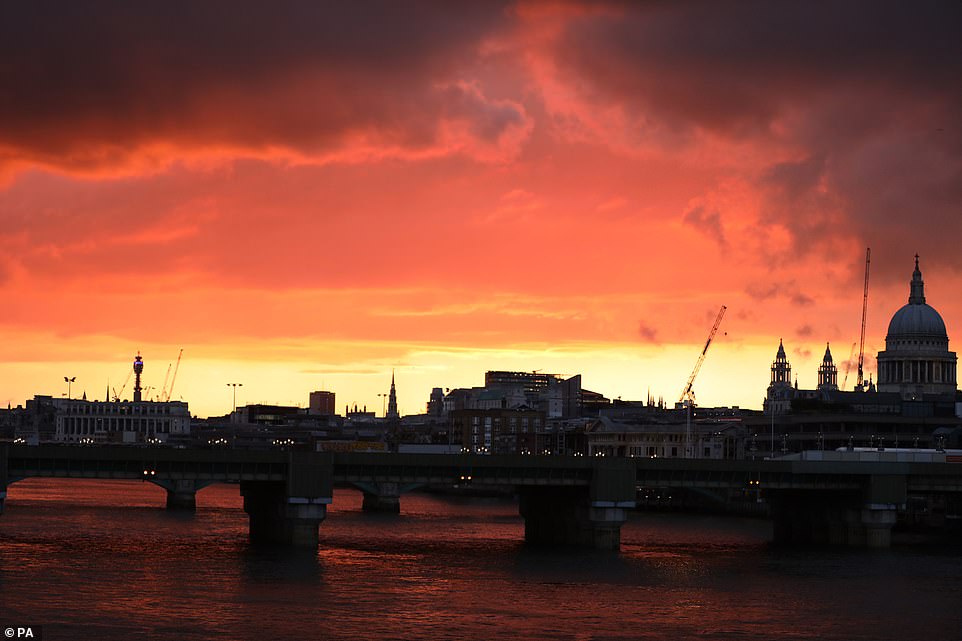 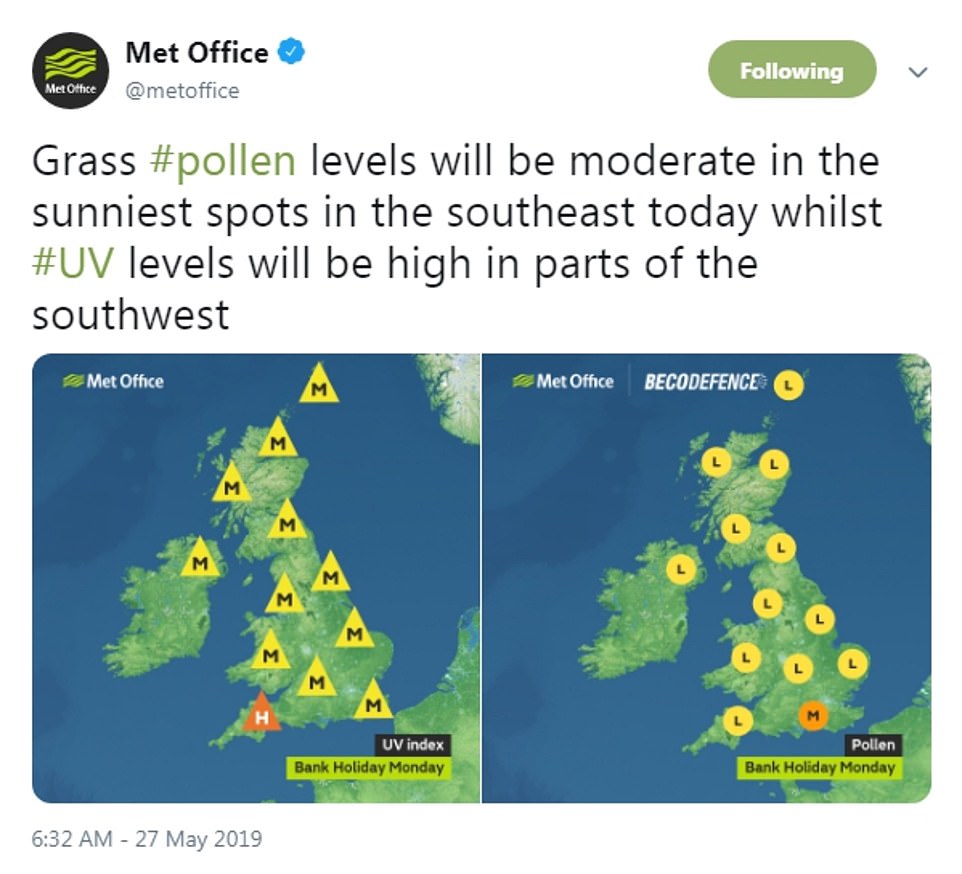 The heaviest rainfall is predicted in the south-east tomorrow morning and this will spread to northern parts later in the day.

In the middle of the week, the weather will be more consistently cloudy and wet rather than short sharp bursts of heavy showers.

This will carry on into the weekend and football fans can expect a mix of conditions on Saturday while the pubs fill up ahead of the Champions League final.

The Met Office meteorologist said there is a higher likelihood of warm and dry weather on Saturday and Sunday but rain could still loom overhead.