French authorities are investigating the drowning of an Iranian man who had said on social media he was going to kill himself to draw attention to the protest crackdown in Iran.

Mohammad Moradi, 38, was found in the Rhone river that flows through the centre of Lyon late on Monday after an apparent suicide.

Emergency services intervened but were unable to resuscitate him on the riverbank, a police source told AFP.

Moradi had posted a video on Instagram hours before his death in which he declared he was going to drown himself to highlight the crackdown on protesters in Iran since the death in custody of Mahsa Amini, 22, at the hands of Tehran’s morality police. 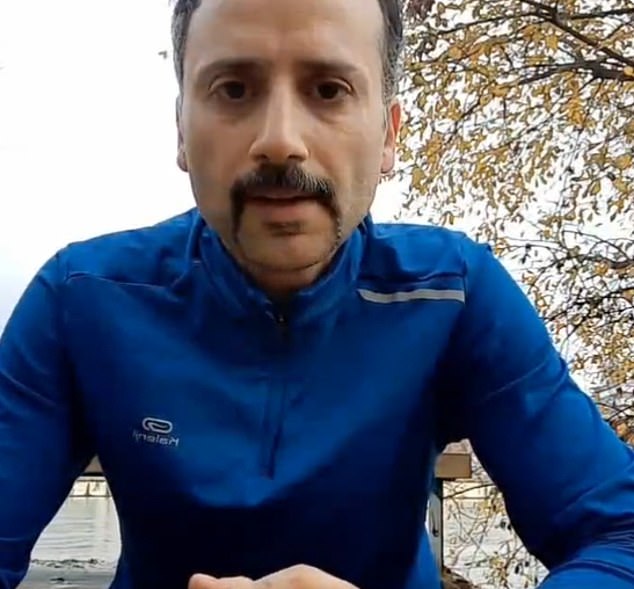 Mohammad Moradi, 38, was found in the Rhone river that flows through the centre of Lyon late on Monday after an apparent suicide 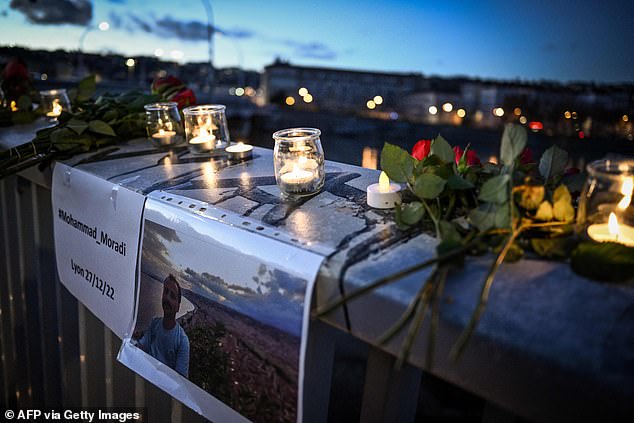 This photograph taken on in Lyon on December 27, 2022 shows candles and flowers displayed during a tribute to Mohammad Moradi

‘When you see this video, I will be dead,’ Moradi said.

‘The police are attacking people, we have lost a lot of sons and daughters, we have to do something,’ Moradi said in the video.

‘I decided to commit suicide in the Rhone river. It is a challenge, to show that we, Iranian people, we are very tired of this situation,’ he added.

Lyon prosecutors said they had launched a probe to ‘verify the theory of suicide, in view in particular of the messages posted by the person concerned on social networks announcing his intention’ to take his life.

The incident has shocked the city, with a small rally to remember Moradi taking place on the banks of the Rhone on Tuesday.

Candles and flower wreaths were left on the riverside railings in commemoration. 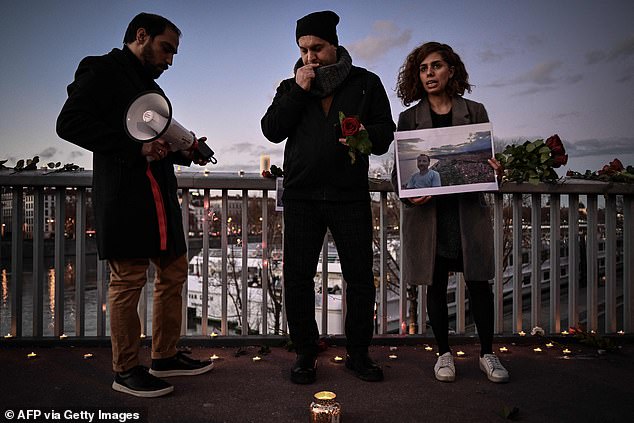 A woman holds a photographic portrait during tribute to Mohammad Moradi

Local residents gather to pay homage to Mohammad Moradi, an Iranian man who seemingly killed himself by jumping into the Rhone river to raise awareness about the situation of the Iranian people, in Lyon on December 27, 2022

‘Mohammad Moradi killed himself to make the voice of revolution heard in Iran. Our voice is not carried by Western media,’ said Timothee Amini of the local Iranian community.

‘His heart was beating for Iran, he could no longer bear the regime.’

According to several members of the Iranian community, Moradi was a history undergraduate and worked in a restaurant.

He lived in Lyon with his wife for three years.

Lili Mohadjer said Moradi hoped that ‘his death would be another element for Western media and governments to back the revolution underway in Iran’.

She said his death was ‘not suicide’ but ‘sacrifice to gain freedom’.

Mohadjer said that Moradi claimed he ‘could not live peacefully, comfortably here’ while Iranians were being killed. 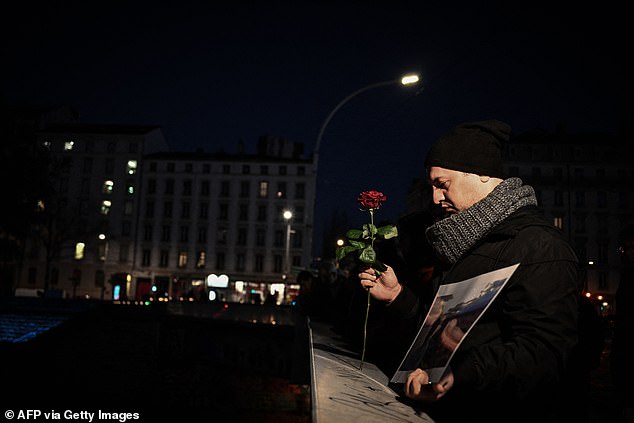 More than 100 days of protests in Iran have shattered taboos and shaken the ideological pillars of the Islamic republic in a push for change that has defied a fierce crackdown.

The demonstrations, which erupted in mid-September following the death in custody of Mahsa Amini are a reflection of pent-up public anger over economic shortcomings and social restrictions, analysts say.

While there have been protests in Iran before, this movement has been unprecedented due to its duration, spread across provinces, social classes and ethnic groups and its readiness to openly call for the end of the clerical regime.

Banners of supreme leader Ayatollah Ali Khamenei have been set ablaze, women have openly walked down streets without hijab headscarves, and demonstrators have at times clashed with the security forces.

The Oslo-based group Iran Human Rights (IHR) said Tuesday 476 protesters have been killed in the crackdown with at least 100 Iranians risking execution over the protests, in addition to two young men already executed.

At least 14,000 people have been arrested since the nationwide unrest began, the United Nations said last month.