The storm is currently tearing through the Atlantic and is set to divide Britain when the tail-end finally arrives in the early hours of Sunday morning. 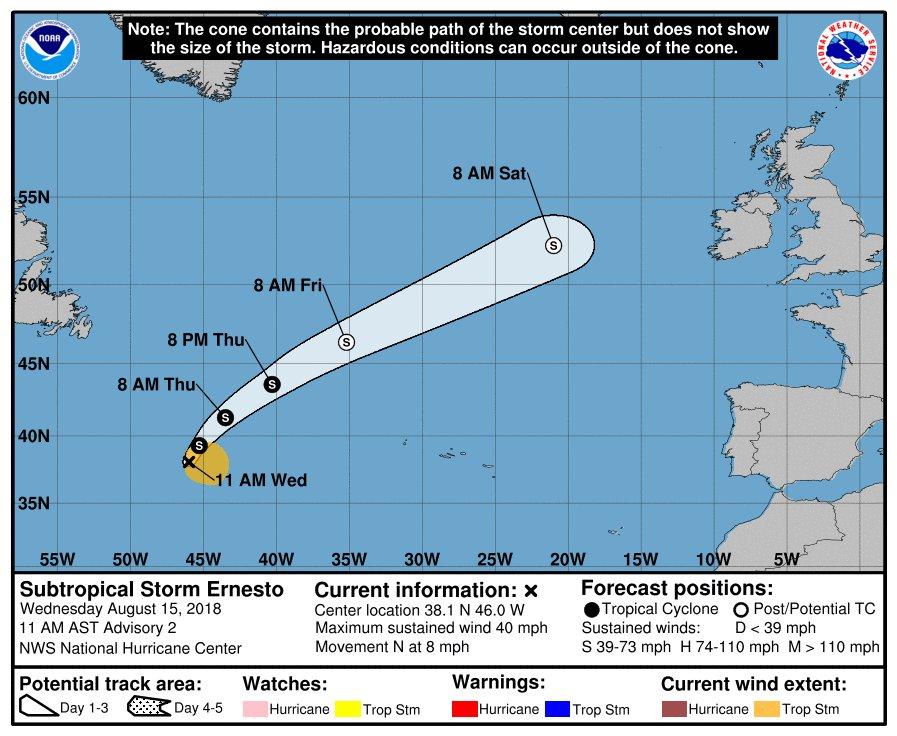 Northern Ireland, Scotland and western England are likely to feel the effects of the severe weather which could be upgraded to a hurricane today.

However, people in the south will bask in sunshine, with 26C forecast for the London area on Saturday.

The Met Office today said that when Storm Ernesto finally hits the UK in the early hours of Sunday morning it will no longer be classified as a storm and will bring rain and stronger winds.

Ernesto formed in the North Atlantic near the east coast of America on Tuesday and has been sweeping across the ocean at 40mph. 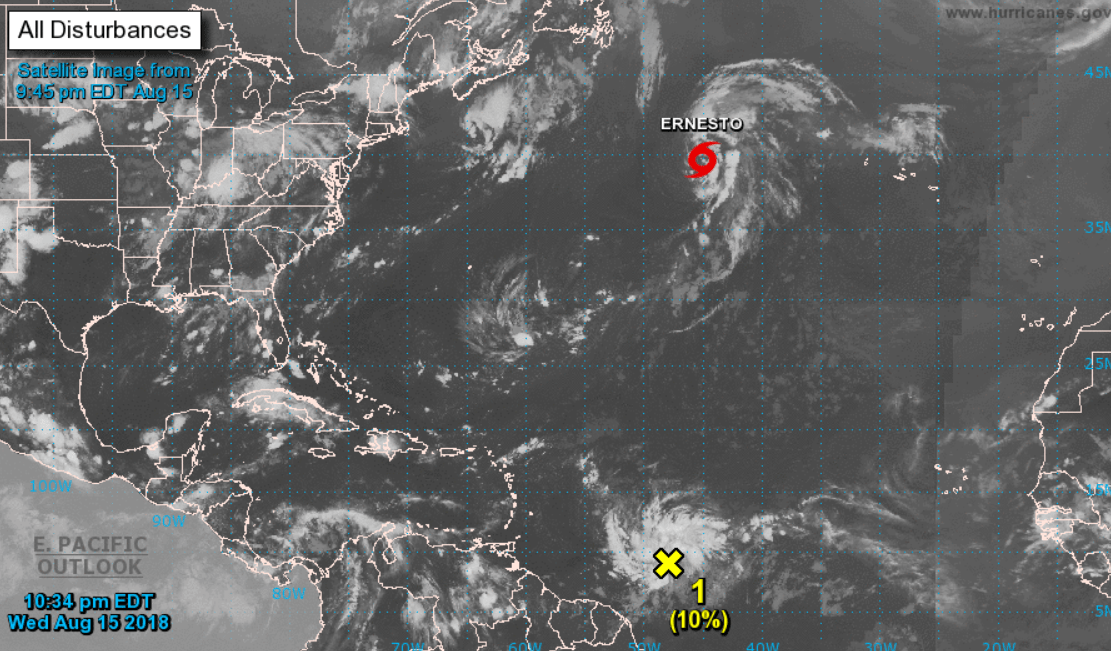 The storm will bring a “bit of uncertainty” in Britain but heavy rain and strong winds are likely to batter northern and western parts of the country.

Bonnie Diamond a forecaster at the Met Office told The Sun Online: “There is a bit of uncertainty on Saturday because of Tropical Storm Ernesto.

“There will be slightly stronger winds and a band of rain in Northern Ireland, Wales, North West and South West England.

“It’s coming from the Atlantic and the main band of rain does not come until the early hours on Sunday morning – most of us will be asleep. 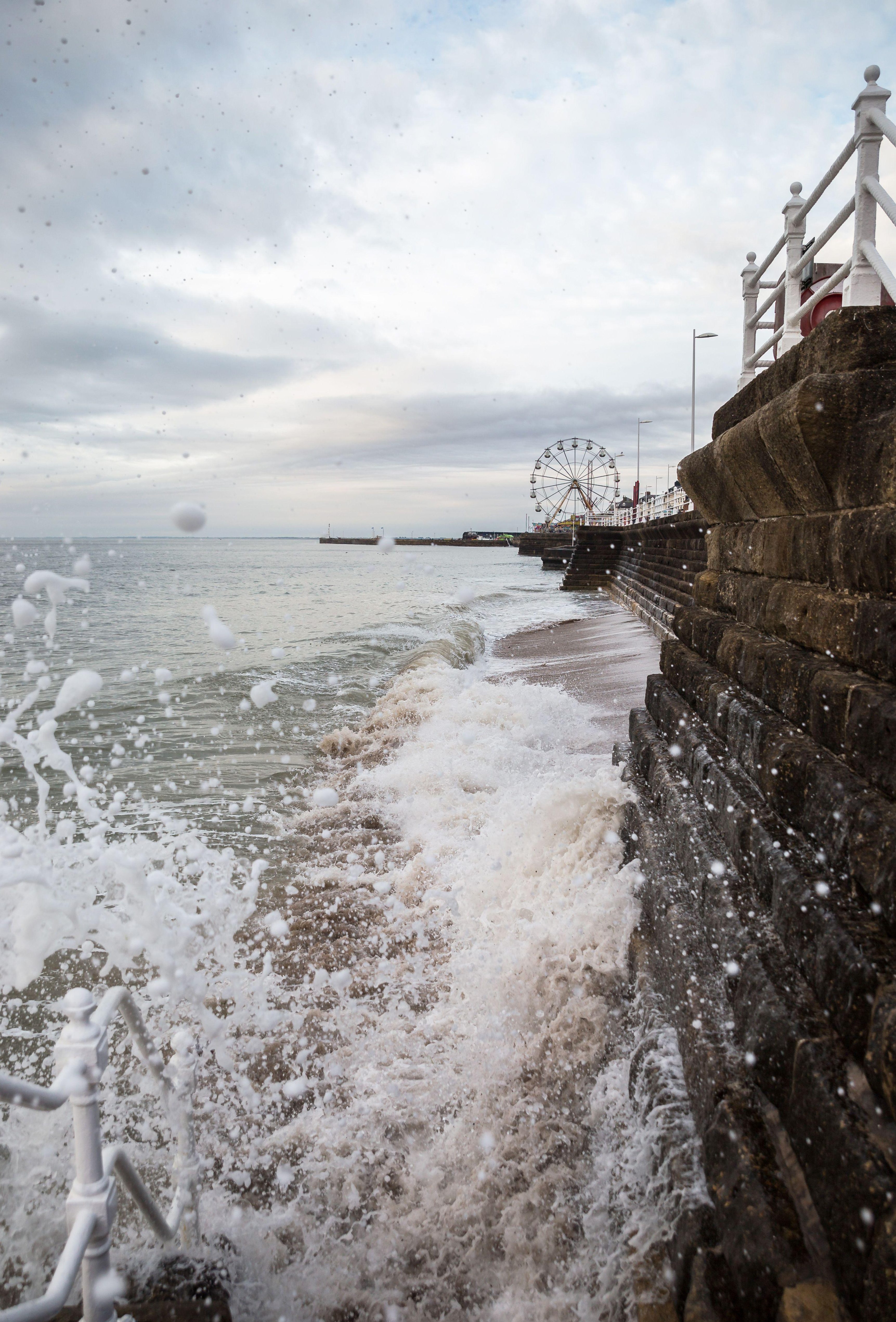 “But by the time it arrives it won’t be a storm anymore and we don’t have any warnings in place at the moment.”

On Saturday, London could see highs of 26C while Glasgow is likely to see 17C and Belfast will experience a high of 19.

Bonnie added: “On Sunday it will be generally dry and bright in the South East while there will be patchy rain in Northern Ireland, Scotland and the South West.

“The heavy rain from Storm Ernesto will pull away during the early hours of Sunday and will be clearer by midday. 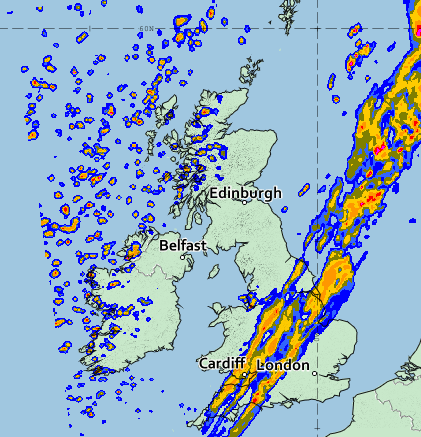 “Sunday will feel humid with temperatures likely to reach 24C in the London area, 19C in Glasgow and 20C in Belfast.

“There could be some patchy rain in western Wales and Northern Ireland.”

AccuWeather hurricane expert Dan Kottlowski, says Ernesto has some potential for further strengthening over the next 24 hours and become totally tropical before breaking up.

He said: "Regardless of development, the system remains far removed from land and should be no threat to land for at least the next few days."

A spokesman for forecasting service Meteogroup added: "On Friday, it will be wet in the northern half of the country and Wales, elsewhere it will remain drier, particularly in the east where there will also be more in the way of sunshine.

"Winds will be brisk from the south west, but strong over Scotland and Northern Ireland. Saturday will be a drier day for many areas, with just a scattering of showers, these mainly in the west.

"The best of the widespread sunshine will be during the latter part of the day and winds will tend to ease as the day progresses."