Supermarkets slash hundreds of prices as customers face cost-of-living crisis: Asda and Morrisons reduce price of tea-bags, eggs, meat and cereal by up to 13% on average

Supermarkets are slashing the prices of hundreds of products as customers face a cost-of-living crisis – with Asda and Morrisons reducing the cost of tea bags, eggs, meat and cereal by up to 13 per cent on average.

As part of plans to invest £73 million and supports its staff, Asda is also increasing the hourly rate of shop floor workers to £10.10 from July.

In total, the supermarket giant is slashing the prices of more than 100 of its most popular items, including cheddar cheese and rice, as part of the measures.

It comes a week after the company said it will axe its Smart Price range and replace it with new Just Essentials by Asda products – a move it says comprises of a wider range of products.

Morrisons, meanwhile, also announced today that it is cutting the price of around 500 items.

The UK’s fourth-largest supermarket said it has lowered the cost of products including beef and nappies, as well as refrigerated, frozen and store cupboard food – accounting for around six per cent of its total volume of sales. 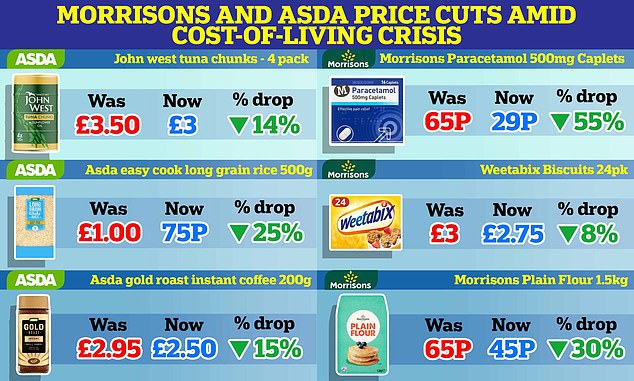 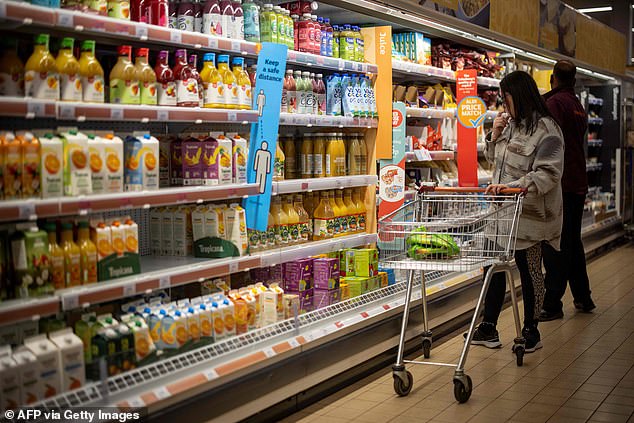 A customer shops for chilled fruit juice at a Sainsbury’s supermarket in Walthamstow, east London 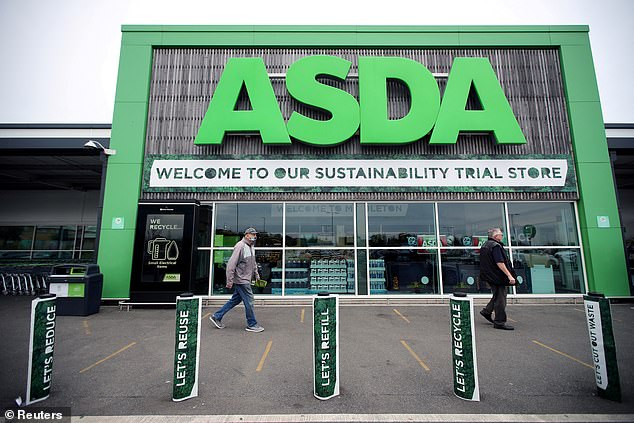 Mr Potts said: ‘We know that our customers are under real financial pressure at the moment and we want to play our part in helping them when it comes to the cost of grocery shopping.

‘These price cuts will have a noticeable and long-term impact on our customers’ budgets and demonstrate our commitment to offering them the best possible value.’

It comes as shoppers are increasingly turning to cheaper own-brand products, while the cost of groceries is now 5.2 per cent higher than a year ago, according to data analytics company Kantar.

Morrisons and Asda are among the supermarkets hardest hit by shoppers spending less, Kantar added.

Asda was purchased by the Issa brothers and backers TDR Capital last year.

According to its own research, nine in 10 of its shoppers are said to be concerned about inflationary pressures to their budgets while the disposable incomes of customers dived.

Mohsin Issa, co-owner of Asda, said: ‘We know that household budgets are being squeezed by an increasing cost of living and we are committed to doing everything we can to support our customers, colleagues and communities in these exceptionally tough times.

‘We’re standing side by side with the families and communities who are juggling so many demands at the moment. 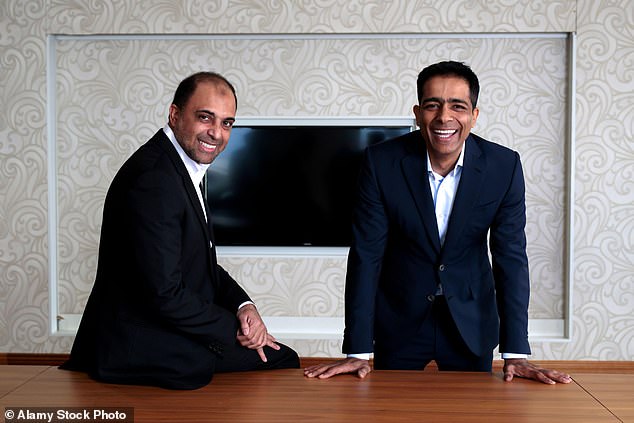 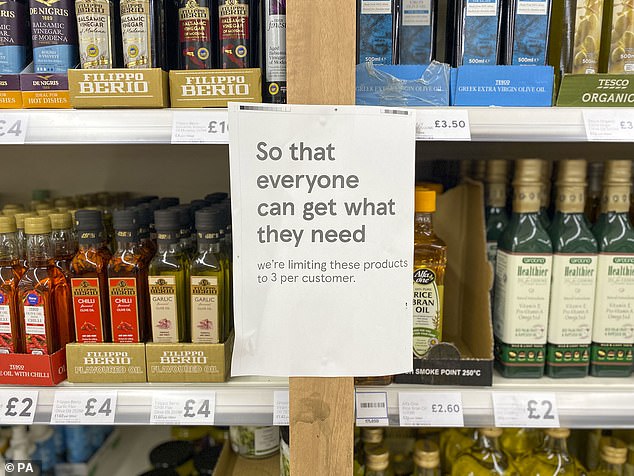 ‘We’re taking unprecedented action to give families some additional stability and certainty in their weekly shopping by lowering and locking over 100 prices until the end of the year.

‘We’re also proud to be investing in increasing the pay for our hard-working store colleagues and continuing to support the communities we are part of.’

Asda says products will be covered by the ‘dropped and locked’ price pledge, which will see an average reduction of 12 per cent, including a 25 per cent drop in the price of a bag of Asda easy cook rice to 75p.

The group also confirmed it will increase its pay rate to £10.10 per hour from July, 60p more than the National Living Wage.

It comes after Tesco increased basic pay to £10.10 per hour earlier this month while other supermarket groups have also increased wages.

Meanwhile, farmers are warning of a food crisis sparked by shortages and spiralling wholesale prices – amid fears rationing could spread beyond cooking oil.

Major supermarkets are already limiting how much sunflower oil, which is largely sourced from Ukraine, customers can buy.

And other shortages and punishing price rises are being felt in the food chain, with an inevitable knock-on effect on choice and household budgets.

Tim Lang, professor emeritus of food policy at City, University of London, said: ‘We are talking about rationing sunflower oil today, but it could be other products soon.

‘The Ukraine crisis is piling on the agony and reminding us – and the Government – that we cannot assume supermarket shelves will always be full.’

Tesco, Morrisons, Waitrose and Iceland are limiting how much sunflower oil can be bought and there are concerns this will spread to other products and, more likely, see reduced choice on shelves.

Ukraine and Russia normally export tens of millions of tons of wheat and other grain, which is used in food production and animal feed.

Shortages and higher prices will affect the shelf prices of everything from bread, pasta and beer to chicken and sausages.

Almost a quarter of Britons are also struggling to pay their household bills as new figures laid bare the cost-of-living crisis being suffered across the country.

According to an Office for National Statistics (ONS) survey, nearly a quarter of adults (23%) said it was very difficult or difficult to pay their usual household bills in the last month, compared to a year ago.

The picture was even starker when it came to paying for gas and electricity, with four in 10 (43%) reporting that it was very or somewhat difficult to afford their energy bills during March.

Overall, the ONS’s Opinions and Lifestyle Survey found that around nine in 10 adults (87%) reported an increase in the cost of living during March.

This was an increase of 25 percentage points compared with around six in 10 (62%) adults last November.

The findings are likely to pile further pressure on Chancellor Rishi Sunak to offer more support to Britons as they struggle to pay for daily life.