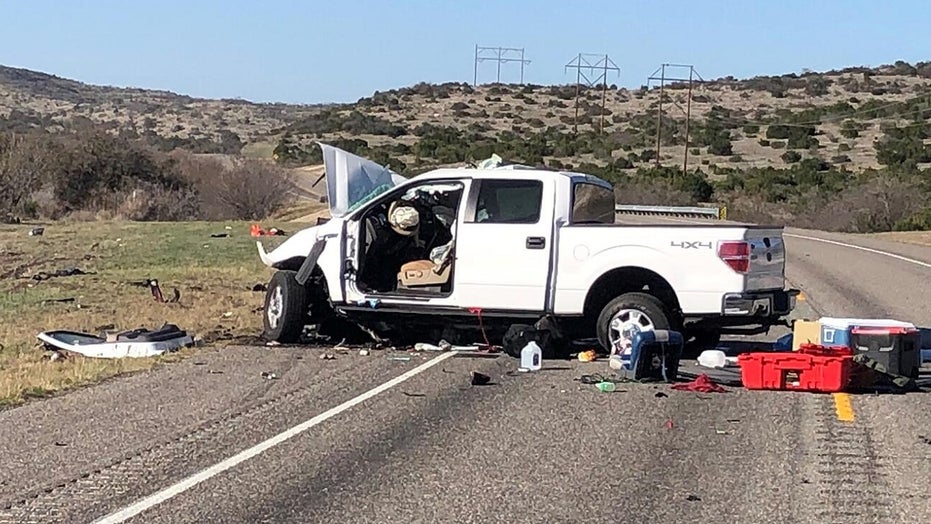 The last defendant involved in a fatal crash that took the lives of nine undocumented immigrants involved in a human smuggling ring near the Texas-Mexico border was recently arrested, authorities said.

Veronica Torres-Mendez, 34, was taken into custody on Nov. 3 at a home in Austin. Authorities allege she participated in a smuggling operation that took the lives of undocumented immigrants on March 15 near the border city of Del Rio. 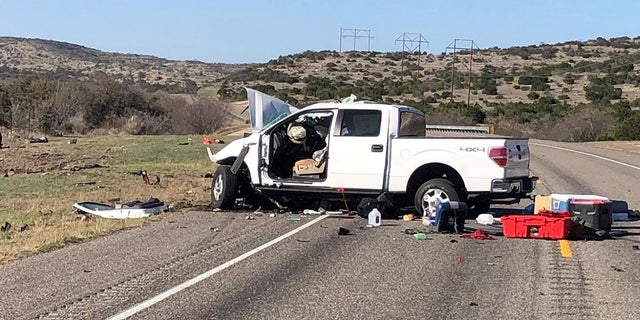 Two vehicles were involved in a deadly human smuggling crash that claimed the lives of nine noncitizens near Del Rio, Texas. The last defendant in the case was arrested last week, authorities said.
(U.S. Immigration and Customs Enforcement (ICE))

Torres-Mendez has been charged with conspiracy to transport undocumented noncitizens. Authorities said Sebastian Tovar, 25, of Toledo, Ohio, was driving a Dodge Ram when a Texas Department of Public Safety trooper attempted to stop him.

When Tovar tried fleeing, he crashed into a vehicle in oncoming traffic. Eight people in the truck were killed and another suffered serious injuries. All were non-U.S. citizens, authorities said.

After the incident, a Border Patrol vehicle came into contact with a Ford F-150 stopped in traffic near where the deadly collision occurred. 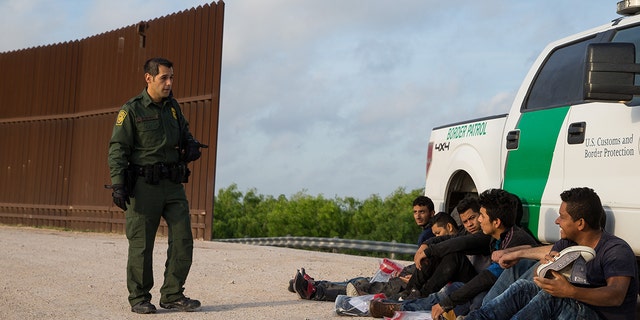 A Border Patrol agent apprehends illegal immigrants shortly after they crossed the border from Mexico into the United States on Monday, March 26, 2018 in the Rio Grande Valley Sector near McAllen, Texas.
(Getty Images)

When Border Patrol agents directed the driver to turn around, the occupants inside the truck fled into nearby brush. Agents eventually found 12 non-U.S. citizens who ran.

After interviews, authorities determined the Dodge and Ford were part of a human smuggling ring that illegally took 20 undocumented immigrants into the U.S.

Those charged in the alleged scheme include Tovar; Torres-Mendez; Nicolas Mondragon-Gonzalez, 33, and Jose Eli Rodriguez, 21, both of Austin; Jennifer Oralia Davis, 40, of San Antonio; Ruben Junior Rodriguez-Jaimes, 19, and Eduardo Rivera Benitez, both residents of Bastrop, Texas; Lauren Michelle Malmquist, 32, of Round Rock, Texas; and Marco Antonio Hernandez, of Paige, Texas. 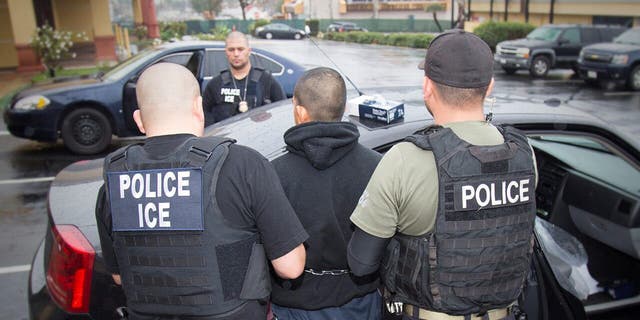 Tovar, Mondragon, Torres, Davis, Rodriguez-Jaimes, Malmquist, and Benitez are also charged with one count of transporting noncitizens resulting in death, among other charges.

The suspects face sentences ranging from 10 years to life in prison.