HUNDREDS of gay couples have tied the knot in Taiwan just days after the country became the first in Asia to approve same sex marriage.

According to official figures, 360 couples wed across the island in emotional ceremonies after its parliament passed a historic bill. 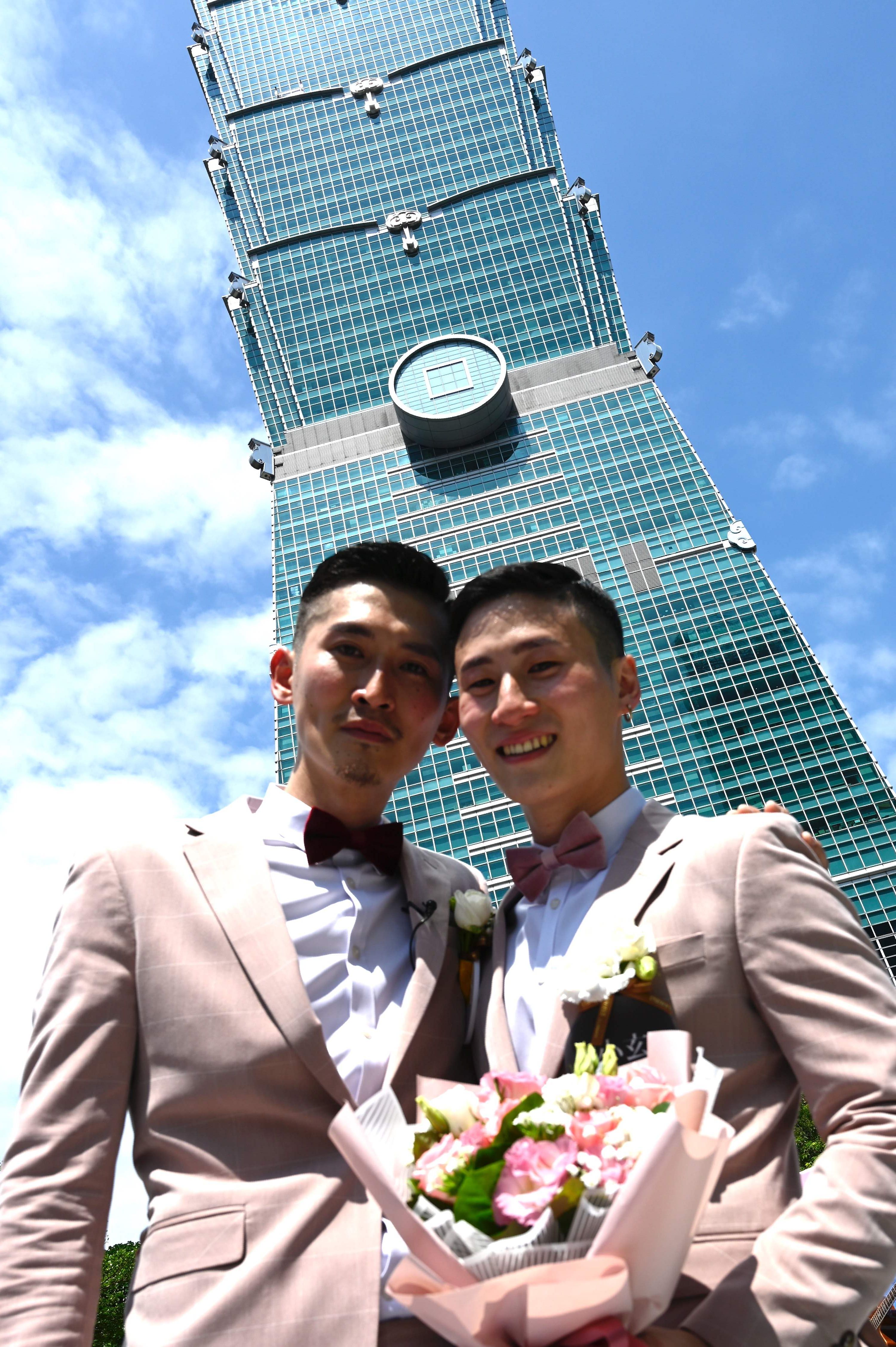 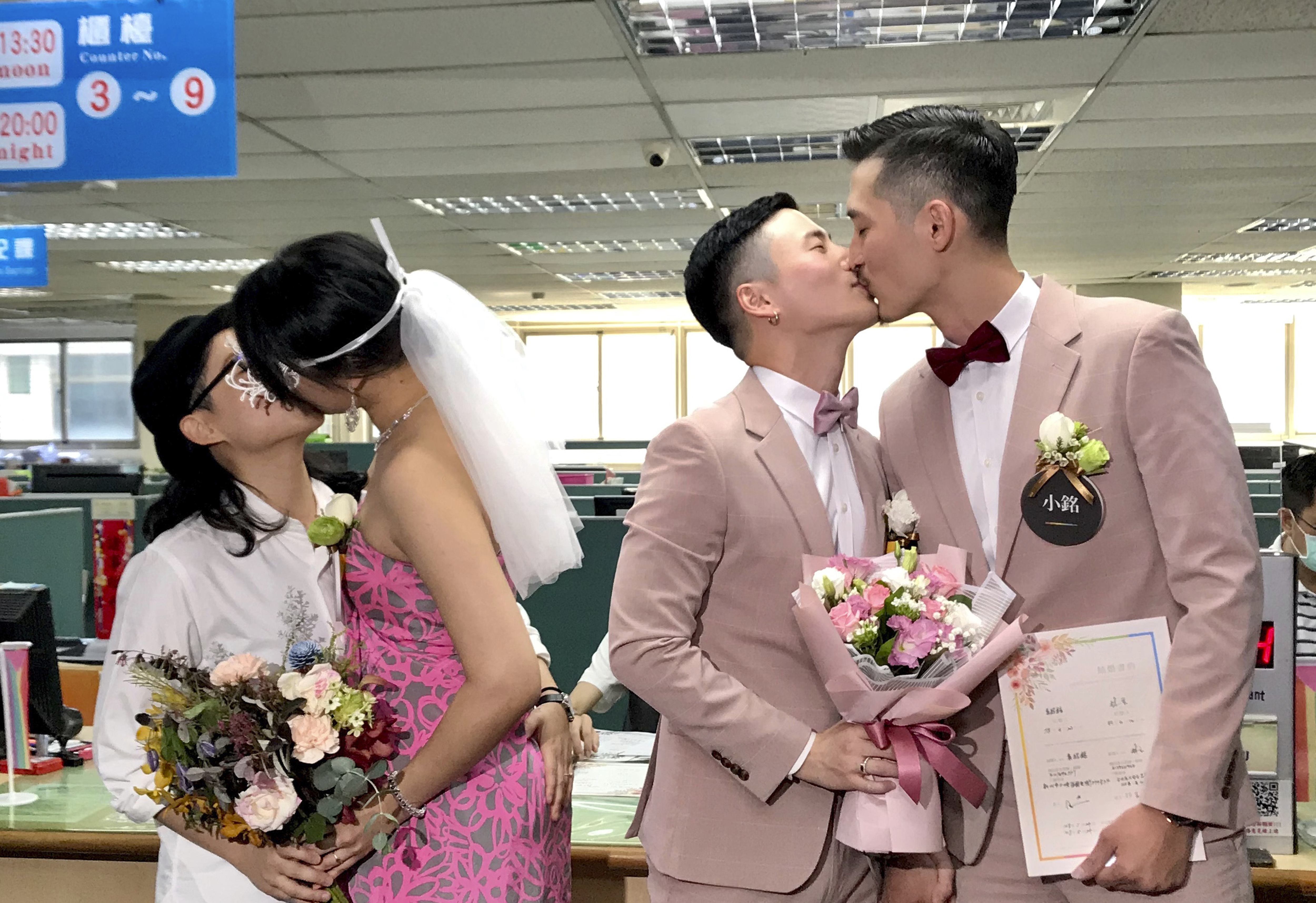 Twenty couples queued at a marriage registration office in the capital Taipei, where rainbow flags were on display alongside stacks of government-issued, rainbow-themed registration forms.

"I feel very lucky that I can say this out loud to everyone – I am gay and I am getting married," said a tearful Shane Lin, a 31-year-old baker who with his partner Marc Yuan were the first couple to wed.

"I am extremely proud of my country Taiwan.”

Xue Chen and Antonia Chen had organised their wedding in 2009 but had to wait for their marriage dream to come true.

“When I first met Antonia, I knew I would marry her one day, but that was only a wish,” Xue said.

“Today, my wish has finally come true and today’s registration will allow us to certify our right to love who we love until the end of our lives.”

The euphoria and emotion within the island's gay community was on display as newly-wed couples walked down a rainbow-coloured carpet in a nearby park, watched by families and friends.

Chi Chia-wei, an activist who brought a case to Taiwan's constitutional court that led to a landmark court ruling on same-sex marriage in 2017, congratulated the couples.

"This is the right that we deserved from a long time ago," he said.

"As a beacon in Asia, I hope Taiwan's democracy and human rights could have a ripple effect on other countries in Asia.”

That culminated in the 2017 declaration by the constitutional court giving same-sex couples the right to marry, and setting a deadline of May 24 for legislation.

Marriage equality was backed by the ruling Democratic Progressive Party but the measure could hamper President Tsai's bid for a second term in elections next year.

Conservative groups that oppose same-sex marriage said the legislation disrespected the people's will.

Same-sex marriage is not recognised by Hong Kong and neighbouring China, which regards Taiwan as a wayward province to be returned to the fold by force, if necessary.

It marks another milestone in Taiwan's development as one of the region's more liberal societies.

Across the strait, many mainland Chinese congratulated Taiwan's newlywed same-sex couples on platforms such as Weibo, China's version of Twitter.

"For once I thought the legalization of same-sex marriage in Taiwan would impact on the Chinese government, making them heed our appeals," one Weibo user said. 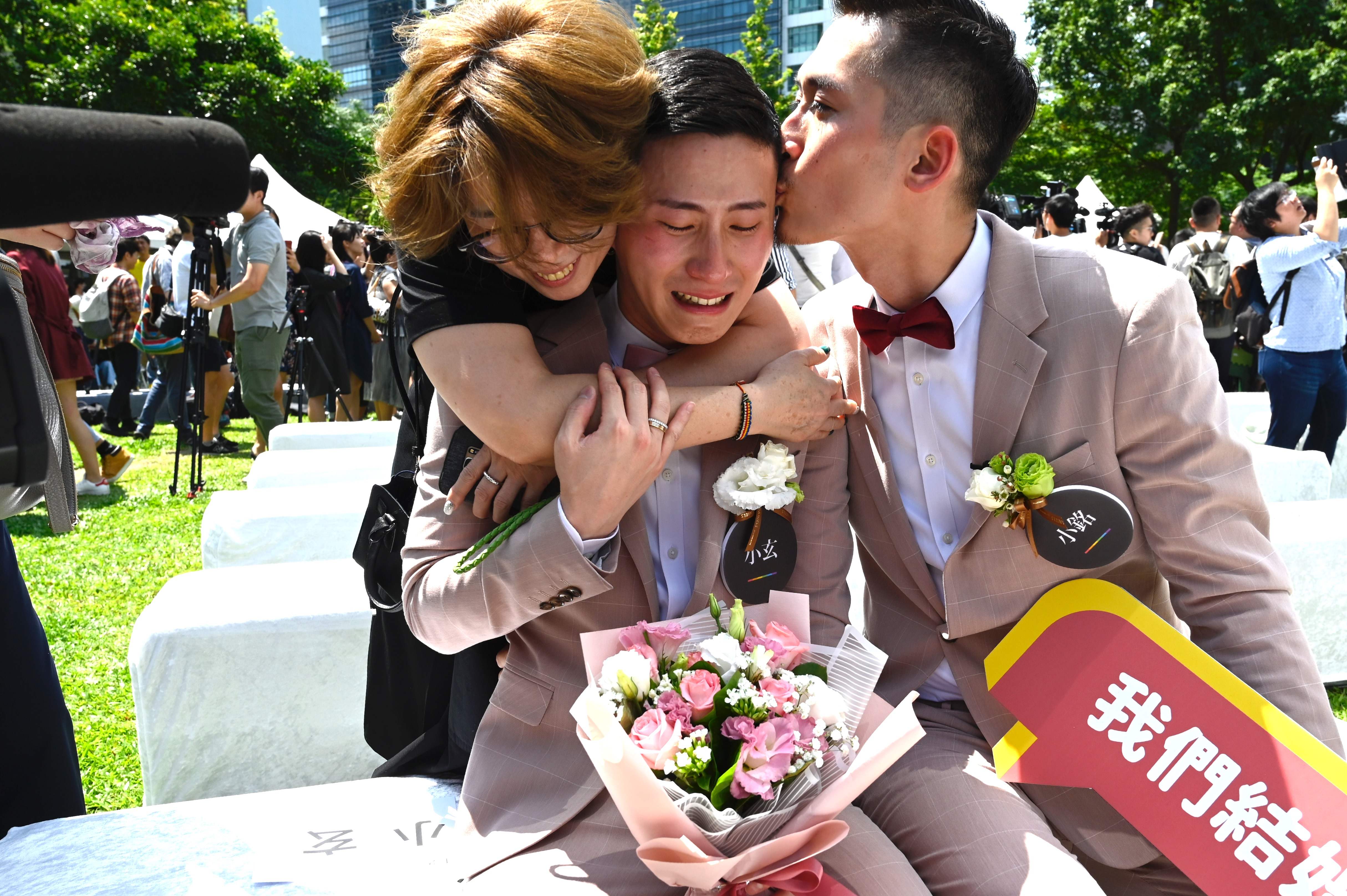 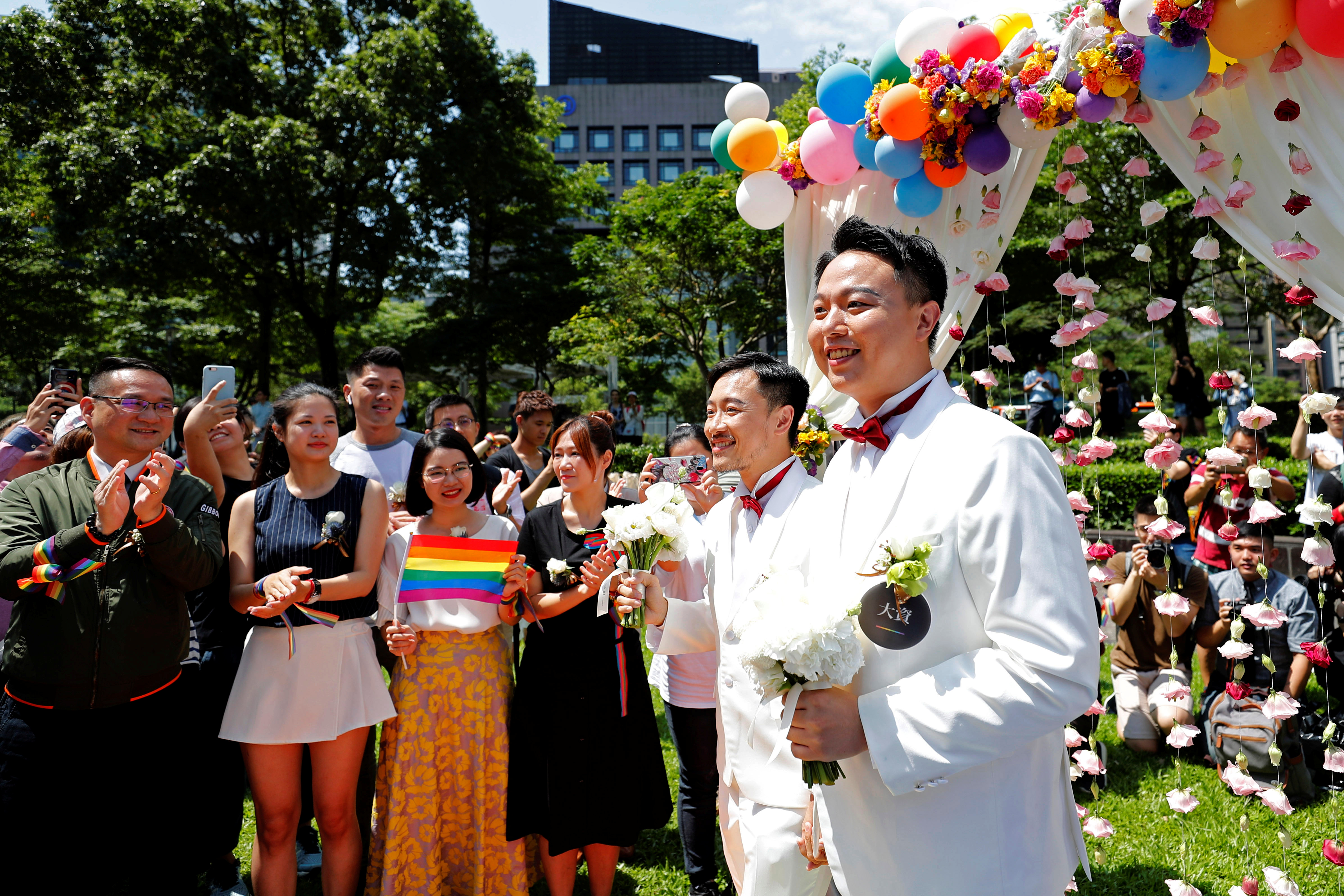 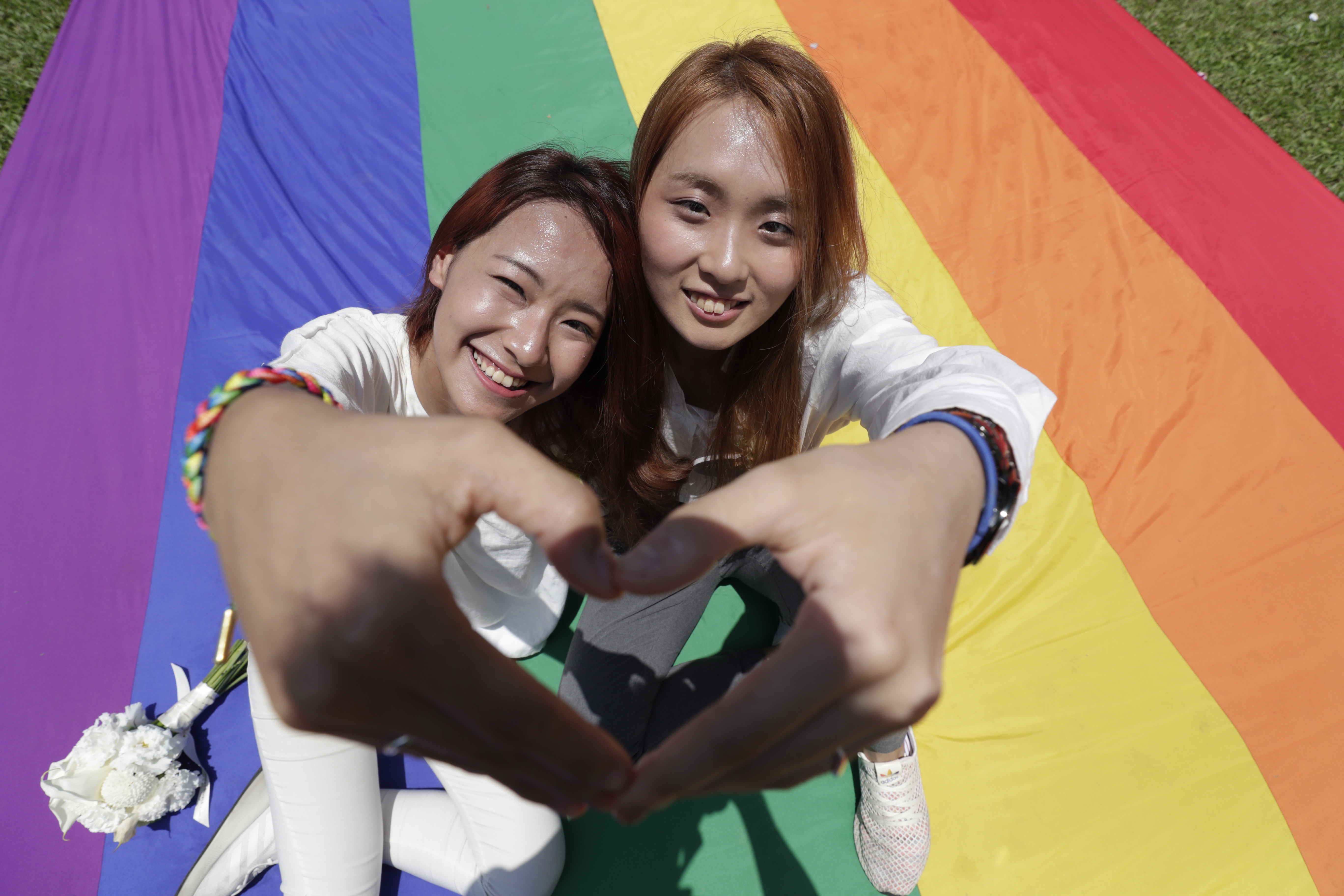 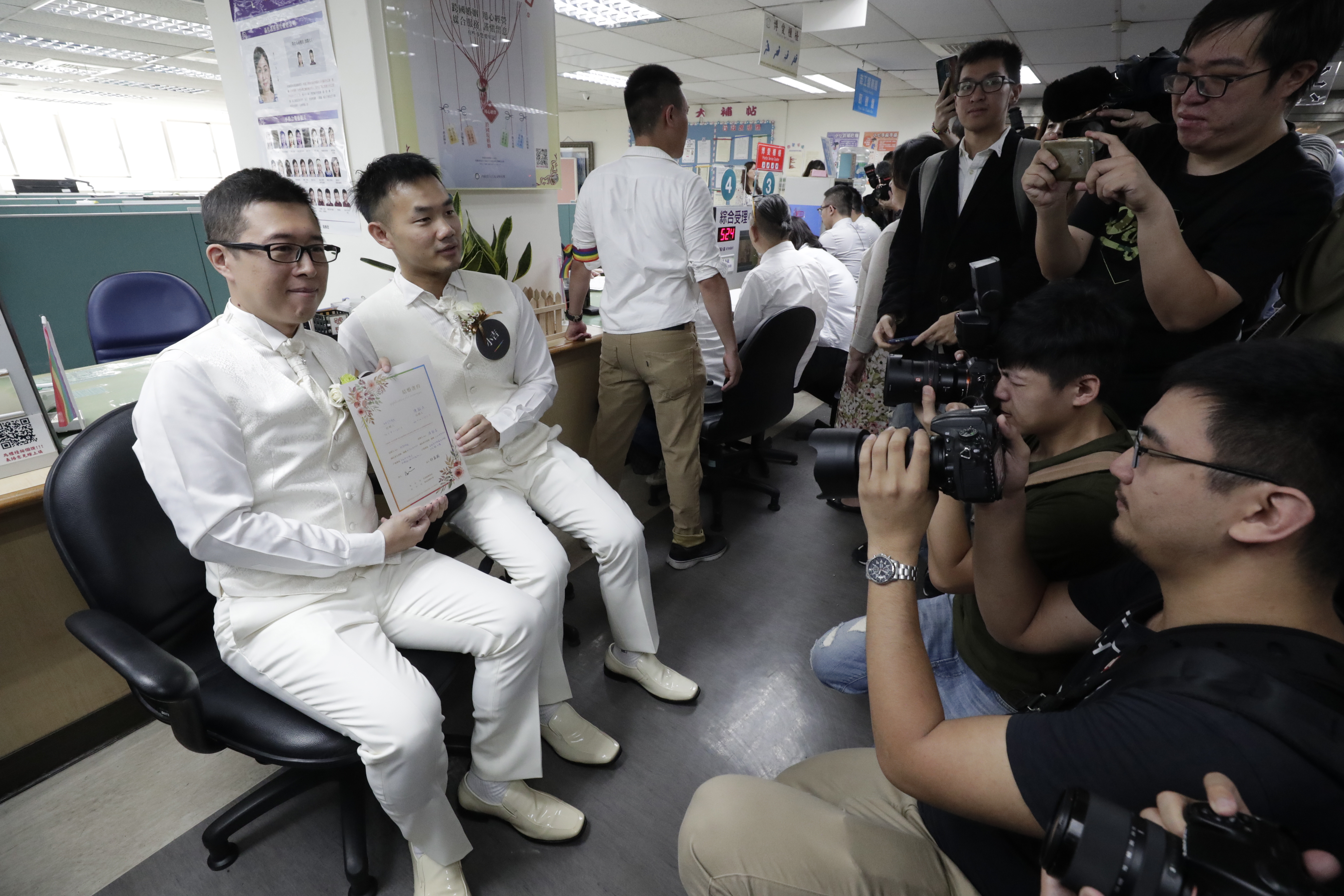 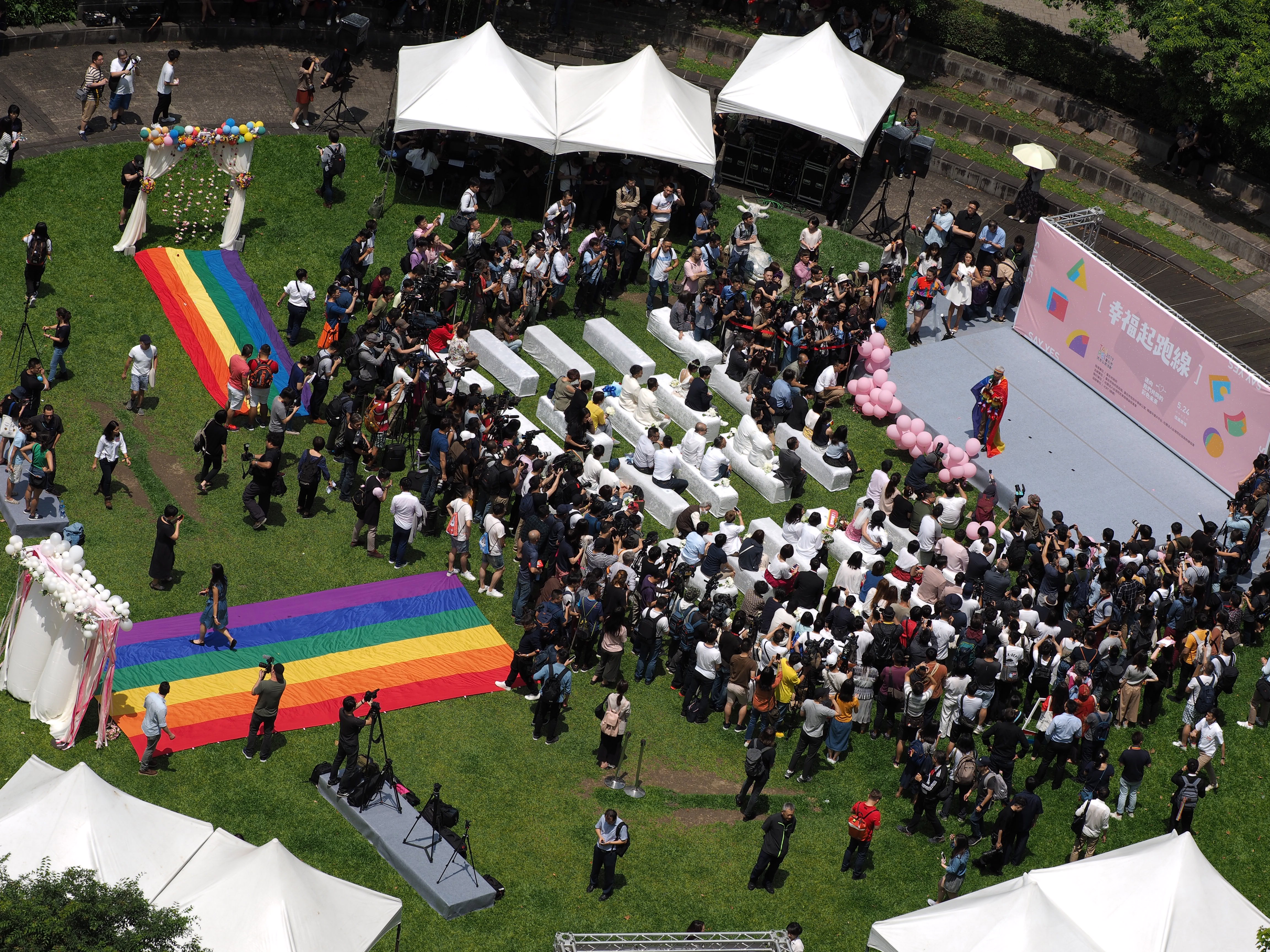 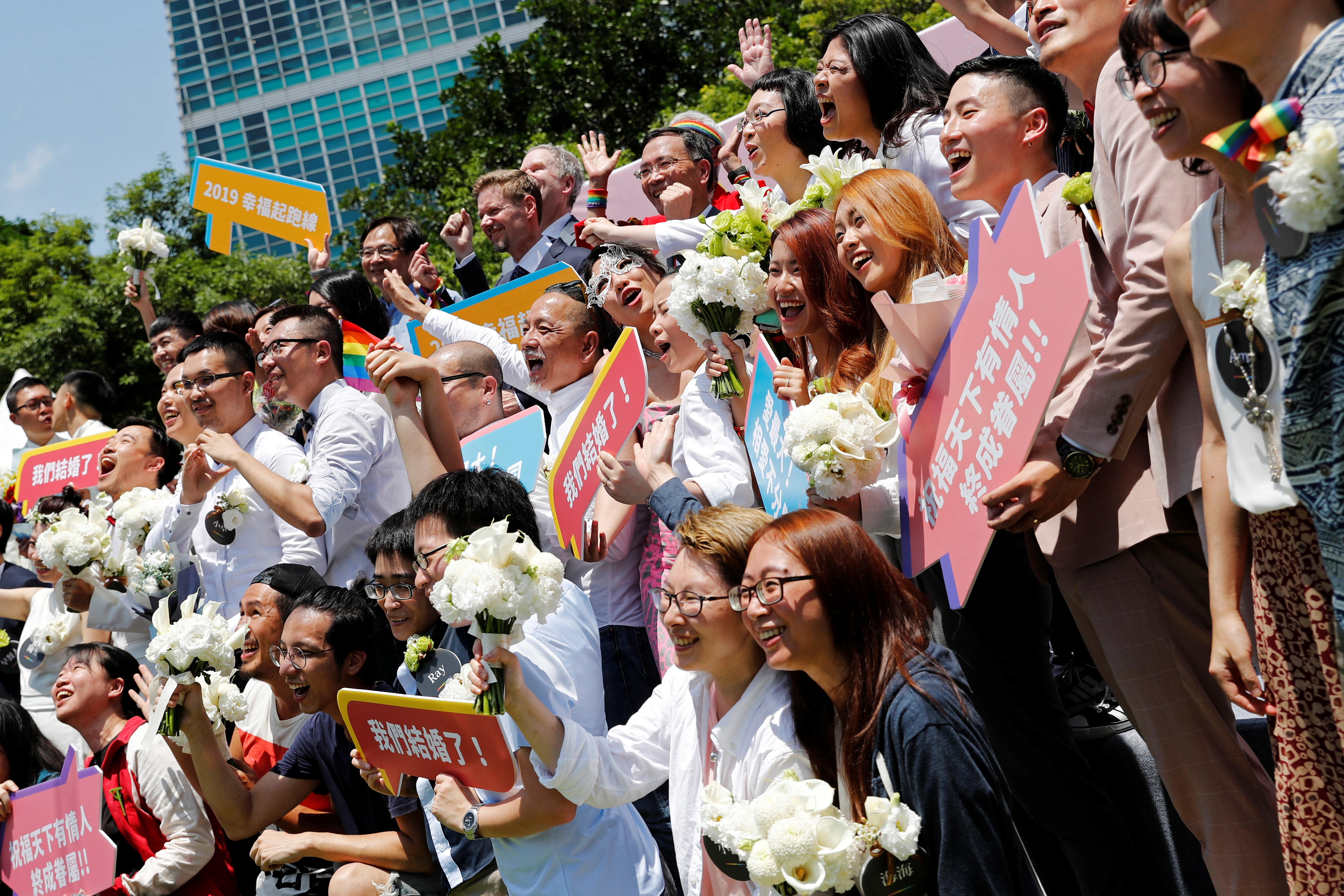