Home » World News » Teensy targets and false diagnoses: How a campaign of no ideas fails us all

As the election campaign enters its second half, the nation’s former Treasury secretary, Ken Henry, has an urgent message for the two men competing to be Australia’s next prime minister: if you can’t pledge to do the things the country desperately needs, at least stop ruling them out.

Henry’s message is aimed equally at Scott Morrison, whose re-election pitch is built on an economy nowhere as strong as it is purported it to be, and Anthony Albanese, whose teensy target campaign is dwarfed by the problems Australia potentially faces. 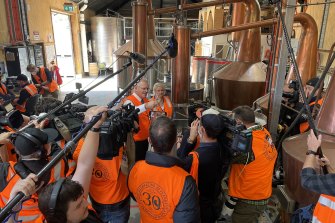 Henry’s concerns about underlying problems in the national economy and the absence of a credible commitment by either major party to fix them are shared by fellow former finance mandarin Roger Beale and economist Saul Eslake. This election contest, they say, is bereft of ideas and is ducking the essential issues – tax reform, the rate of growth the nation requires and how it will pay for its social security needs.

“Is this being viewed as it should, as an economic crisis?” Henry asks. “No, it’s not. What we read every day is [that] the economy is going gangbusters. This false diagnosis is a big trap for us.

“If that is the case, they are going to have to do things a lot differently from what they have spent the last 20 years doing.”

This week’s unexpected spike in CPI and the looming spectre of stagflation – an economic condition when inflation is high but the economy remains stagnant – brought into sharp focus the disconnect between the campaign both major parties are determined to have and the issues Australia confronts as it emerges from the pandemic.

To illustrate the absence of policy ambition within this election campaign, The Age and The Sydney Morning Herald this week approached key participants in the 2020 Summit — the weekend-long brainstorming session Labor’s Kevin Rudd hosted in 2008 shortly after he ousted the Coalition government.

Henry, Beale, Eslake, former World Vision chief Tim Costello and retired News Corp boss John Hartigan all played leading roles in the summit. Although the aspirations of the summit were mugged by the Global Financial Crisis, they recall it bubbling with the energy and purpose of a new government determined to get big things done.

Among the butcher paper scribbling from that weekend were ideas for an NDIS, an NBN, the Henry Tax Review, the establishment of Infrastructure Australia and what became known as the Gonski education reforms. There was even a discussion on the nation’s preparedness for a pandemic.

“It was very hopeful,” Costello says. “We felt we were pushing on an open door.” 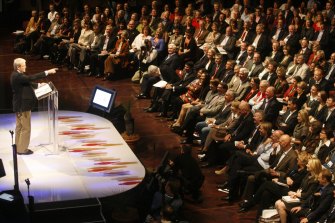 Throw forward 14 years and Costello feels no such optimism for what a new Labor government or another term of a Coalition government would bring.

“I think it is as bad as it feels. Part of it has been Labor’s determination to be a microscopically small target. You can’t win on what were usual, Labor big-ticket items, so you sneak in. The left would say to Labor, ‘what is the point if you have tied your hands?’,” Costello says. 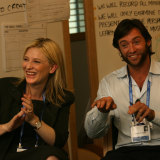 Actors Cate Blanchett and Hugh Jackman were among the celebrity summiteers. Credit:Justin McManus

So far in this campaign, the prime minister has given a solemn pledge not to lift the tax burden beyond 23.9 per cent of GDP, and the opposition leader has recited an on-air pledge, dictated by Sydney radio host Ray Hadley, to never introduce a carbon tax.

Eslake says the 23.9 per cent figure, the average taken across the last two terms of the Howard government, is an arbitrary ceiling on tax revenue that has been “given the status of holy writ”. It binds the government to tax settings Henry helped introduce and now considers unsustainable.

Beale, a senior finance bureaucrat during the Hawke and Keating reform era, says Australia’s tax-to-GDP ratio is the second lowest in the OECD and places an unnecessary straightjacket on a national budget that has “bugger all fiscal freeboard” after our COVID-19 stimulus.

He doesn’t see how the existing revenue base will support a budget that will need substantially more money for defence, foreign aid and aged care in the coming decade, and hasn’t heard fresh ideas from either side of politics about how to lift productivity and real wages.

He has serious doubts about the capacity of the social security system to meet the needs of the aged and disabled and is perplexed by contradictory assumptions in our defence and trade policies towards China. “We are on the defence side talking up the axis of autocracy and on the economic side, we are as dependent on China as we have been for the last 20 years,” Beale says.

“Part of it has been Labor’s determination to be a microscopically small target. You can’t win on … Labor big ticket items, so you sneak in.”

The carbon tax has a long, destructive history in Australian politics, but Henry says it is “simply nuts” for both major parties to refuse to price carbon. “Foreign investors are looking at Australia and saying, ‘these guys have not prepared themselves for a low-emissions global future’,” he says.

A central weakness in the economy is the lack of business investment. Treasurer Josh Frydenberg has introduced a temporary tax break to encourage business skills training and technology but is allowing a generous tax deduction on equipment to lapse. Henry says that if it is serious about lifting business investment, Australia needs an overhaul of company and consumption taxes and a carbon price.

Henry was commissioned 20 years ago by then treasurer Peter Costello to produce the first Intergenerational Report. One of its critical projections was that over the next 40 years, if Australia was to meet the growing needs and cost of an ageing population and avert a looming fiscal disaster, it would need to generate, on average, 2¾ per cent capital growth.

Henry says that over the first 20 years, the average is 1¼ per cent – not even a passing grade. 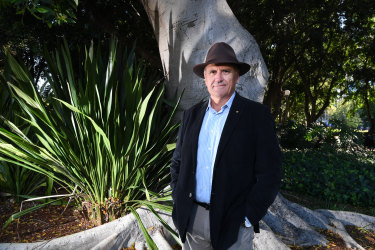 The economic indicator cited most readily in the first three weeks of the election campaign – largely due to Albanese’s initial failure to recall it – was the unemployment rate of 4 per cent. Henry says the figure gives a misleading impression about the strength of the economy.

Since just before the Global Financial Crisis hit, there has been a clear trend of declining hours worked across the Australian economy. Henry explains that at the end of 2019, just as the COVID-19 crisis was engulfing Wuhan, average hours worked had declined by 4 per cent from August 2008. That equates to the number of hours worked you would normally expect when unemployment is running about 8 per cent.

These numbers have further deteriorated because of COVID-19 absenteeism, but the bigger problem is the trend. It is part of the reason why, despite equal record low unemployment and rising inflation, the economy is just going.

What then, should we expect from Albanese on Sunday when he launches the ALP campaign in Perth? Not much, says Eslake.

Hartigan is familiar with this wisdom but says it makes for an uninspiring choice. “It is like the starter’s gun hasn’t really gone off,” he laments. “We are just getting both parties shaking people’s hands and not articulating what their government will stand for. It is like a shadow campaign.”

Cut through the noise of the federal election campaign with news, views and expert analysis from Jacqueline Maley. Sign up to our Australia Votes 2022 newsletter here.