A terminally ill Star Wars fan will get to see The Rise of the Skywalker before its release date after Disney’s CEO stepped in to grant the dying patient’s wish.

Robert Iger responded to an appeal from a Hampshire-based hospice trying to secure a viewing of the latest Star Wars film for the fan and his son.

The Rise of Skywalker, made by Disney studios, is the final instalment of the nine-part saga and is due to hit cinemas in the UK on December 19, but for one Rowans Hospice patient time is of the essence.

In order to try and grant the dying wish of the patient, staff at Rowans Hospice set out on a mission to try and help the fan see the film and received a reply from Mr Iger.

He had first said Disney would try and help the patient, and the hospice today got the confirmation that the fan would be able to see the film. 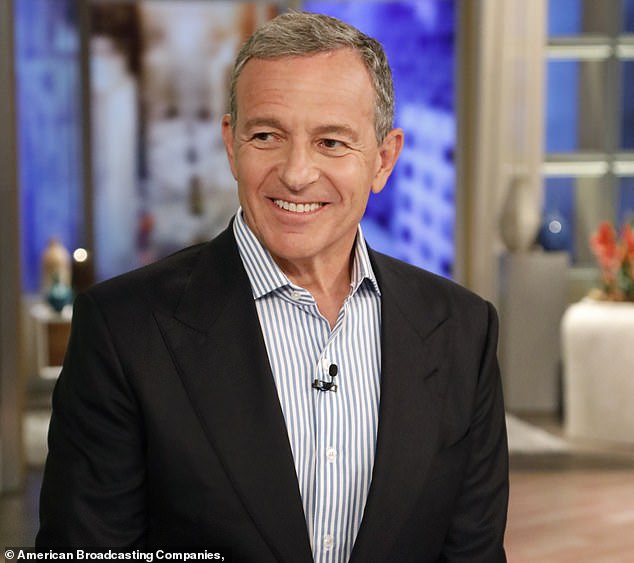 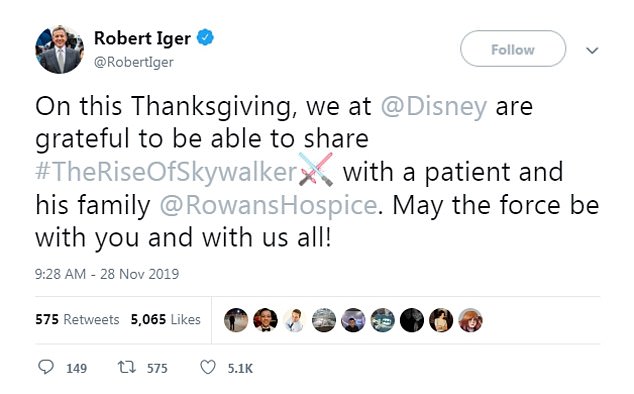 In a tweet sent earlier today Mr Iger said: ‘On this Thanksgiving, we at @Disney are grateful to be able to share #TheRiseOfSkywalker with a patient and his family @RowansHospice. May the force be with you and with us all!.’

Earlier this week staff at the hospice had tweeted out the appeal.

‘Can you help? We have a patient who’s a HUGE #StarWars fan. Sadly, time is not on his side for the 20th Dec’.

‘His wish is to see the final Star Wars film #RiseOfSkywalker with his young son. If you know ANYBODY who might be able to make it happen, please share with them. Thank you.’

The next day, chief executive of the Walt Disney Company Robert Iger got in touch, replying: ‘Please provide me with the necessary details and we will certainly try.’

The hospice responded to Mr Iger by thanking him ‘for trying to help with this when time is absolutely of the essence’ and passed on an email address.

Today Rowans Hospice confirmed that plans were in motion for the patient to watch the film.

The staff member who first brought the patient’s wish to the attention of other staff members, today said she was ‘speechless’.

Health care support worker Lisa Davies said: ‘We cannot thank Disney enough for confirming that they will be able share the film to fulfil our patients wish. We totally appreciate that they have had to move mountains to make this happen!’

She continued by saying: ‘The response from everyone, including the Star Wars community, has been absolutely phenomenal over the last few days. So a massive thank you to every single person that has shared our post and given their time to help make this possible.’