A Dallas-based executive for global accounting firm KPMG was found dead this week near a local college, more than six months after he went missing, police confirmed Friday.

James Alan White, 55, hadn’t been seen since Oct. 22, when he left a fitness center around 6 a.m., authorities said. His image was caught on surveillance footage by a gas station near his house, FOX 4 in Dallas-Fort Worth reported.

His body was found less than a mile from where his Porsche SUV had been located just a week after his disappearance.

Tim White, the dead man’s brother, said he believes foul play may have been involved.

“We’re relieved in a lot of aspects but we’re also not relieved, if that makes sense,” Tim White, told WFAA-TV in Dallas. “A good emotion because we found him, a bad emotion because it makes the finality of it complete. I do believe someone is obviously responsible for our brother’s final demise.” 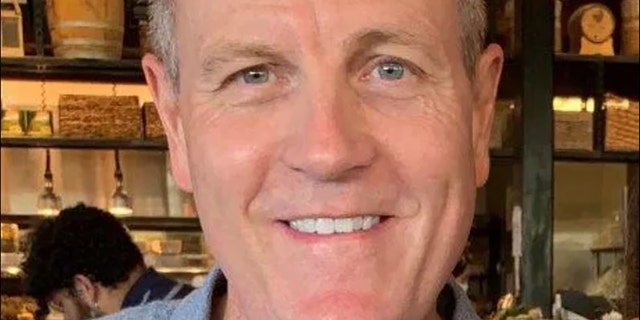 James Alan White, 55, disappeared on Oct. 22. His body was identified near a Dallas college on Friday.
(Dallas Police Department)

Tim White told WFAA he’s sure someone has information about what happened to his brother.

“Maybe finding his body will be that extra push to get someone to come forward and speak out and bring whoever did this to justice,” he said.

Land surveyors for Paul Quinn College in South Dallas called police Thursday after finding White’s body in a wooded area of the campus. White’s remains were positively identified Friday. His manner of death has not been determined, FOX 4 reported.

Tim White called his brother “very loving, very giving. He would do anything for anybody and that’s what makes it kind of hard for me to fathom why someone took his life.”

White’s husband Rusty Jenkins said he reported White missing when he didn’t return from his workout.

“When he wasn’t home by 6:45, I was panicking,” Jenkins told WFAA in November. “I got in the car at 7, drove the route back and forth trying to find him. Trying to find evidence of a wreck somewhere. I was calling the hospitals, trying to find out if there was an unidentified John Doe in any of the hospitals because I didn’t know if he had his ID with him or not.”

White’s mother, Maralu Craven, left for Texas from Florida when she found out he was missing.

“I never thought at 82 years old that I’d be going to the police station for a son that never caused any trouble at all,” Craven told WFAA last fall. “I’ve got so many prayer warriors. And if it wasn’t for my faith in God, I’d lose it right now.”