TWO people are have died and more than 150 injured after a grandstand collapsed at an uncompleted West Bank synagogue.

The stand was packed with ultra-Orthodox worshippers and collapsed during prayers at the beginning of the Jewish holiday of Shavuot. 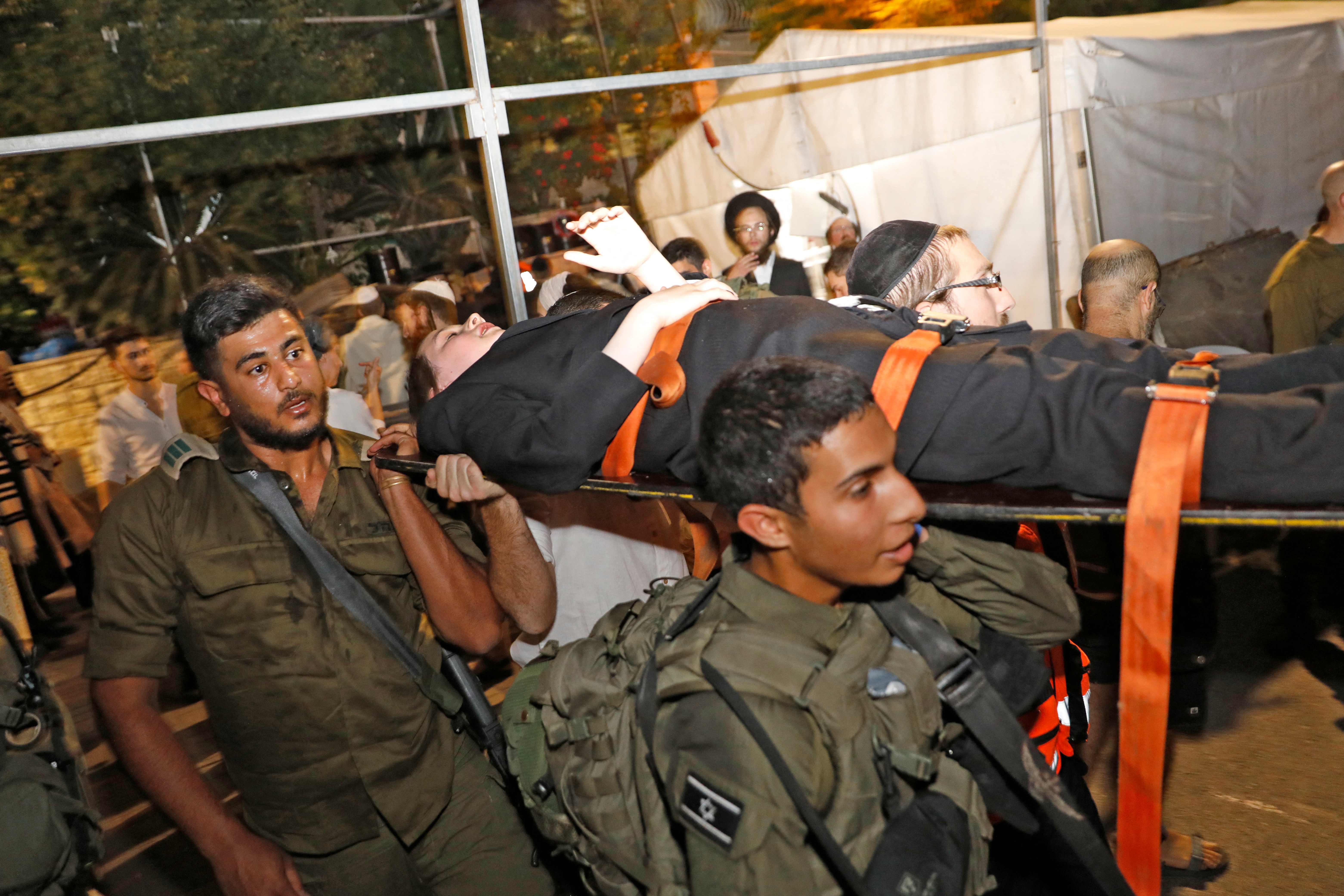 A spokesman said paramedics had treated over 157 people for injuries and pronounced two dead, a man in his 50s and a 12-year-old boy.

Rescue workers are on the scene, treating the injured and taking people to the hospital.

The collapse comes weeks after 45 ultra-Orthodox Jews were killed in a stampede at a religious festival in northern Israel.

Amateur footage showed the collapse occurring during prayers Sunday evening in Givat Zeev, just outside Jerusalem, at the beginning of the Jewish holiday of Shavuot.

The ultra-Orthodox synagogue was packed with hundreds of people.

The Israeli military said in a statement that it dispatched medics and other search and rescue troops to assist at the scene. Army helicopters were airlifting the injured.

Israeli authorities traded blame at the scene of the disaster.

The mayor of Givat Zeev said the building was unfinished and dangerous, and that the police had ignored previous calls to take action.

Jerusalem police chief Doron Turgeman said the disaster was a case of negligence and that there would likely be arrests.

Deddi Simhi, head of the Israel Fire and Rescue service, told Israel’s Channel 12 that this building is not finished.

“It doesn’t even have a permit for occupancy, and therefore let alone holding events in it,” he said.

Television footage from the scene showed the building was incomplete, with exposed concrete and boards visible.