The Queen was pictured beaming in the back of a Bentley as she arrived at Crathie Kirk with her daughter Princess Anne. 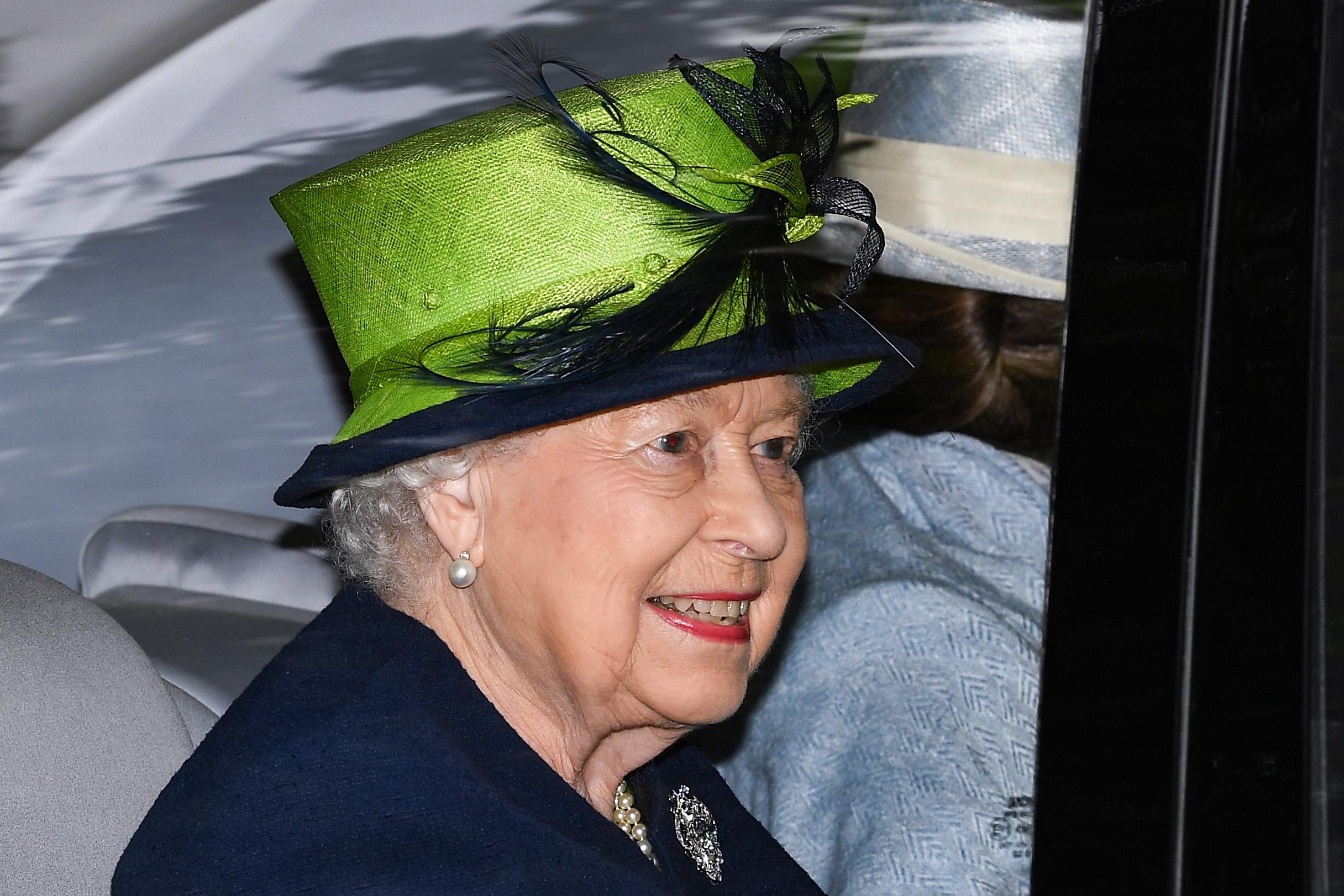 The 92-year-old monarch cut a stylish figure in a black coat teamed with a lime green hat as she waved to onlookers on the way to the chapel.

Princess Anne wore a cream coat with blue flecks and a pale blue shawl wrapped around her shoulders.

The 68-year-old Princess Royal topped off her ensemble with a white hat trimmed with a blue ribbon and a cream flower.

Her husband Vice Admiral Sir Timothy Laurence sat up front with the chauffer seat teaming a tweed jacket with an orange tie. 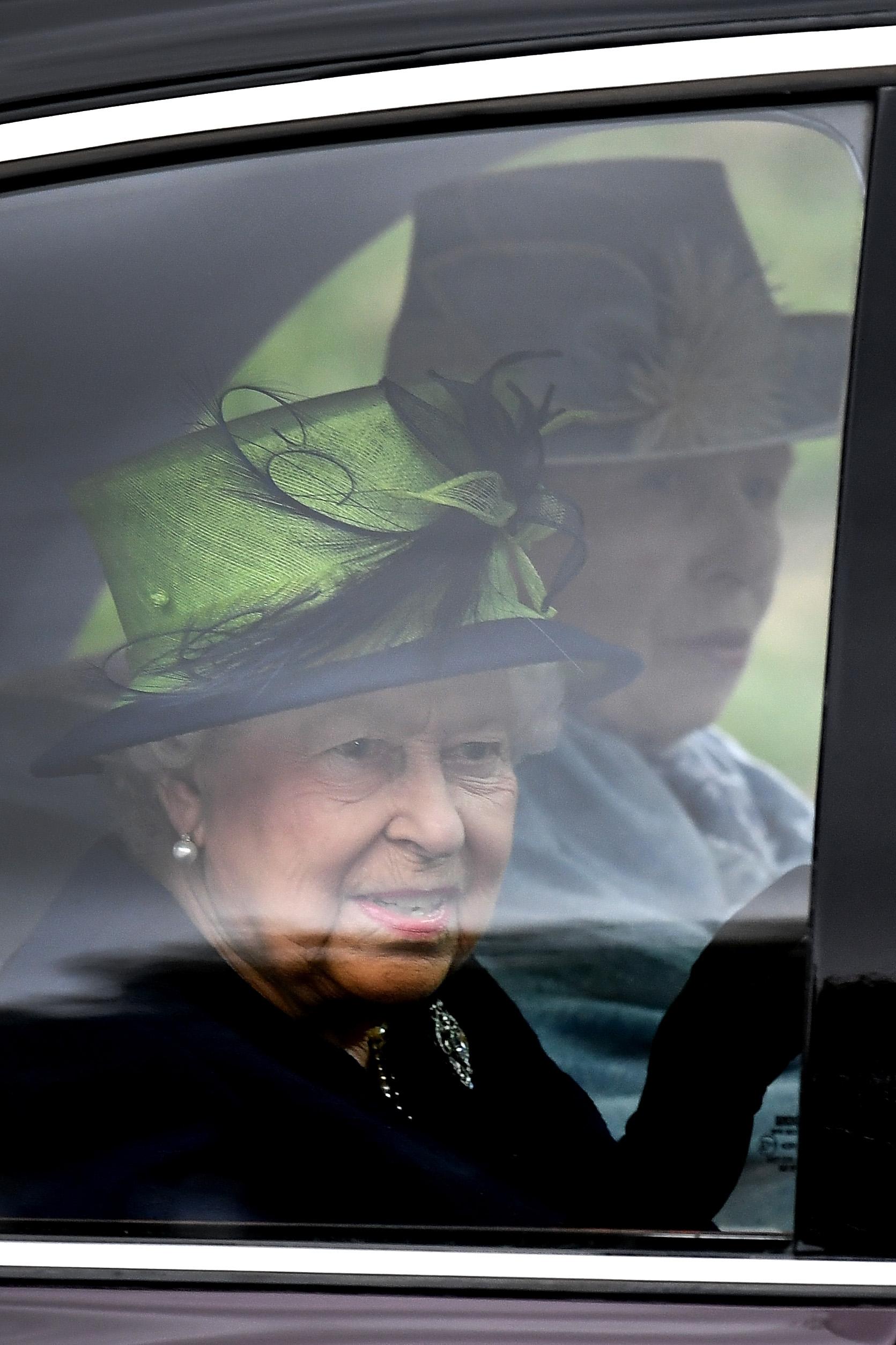 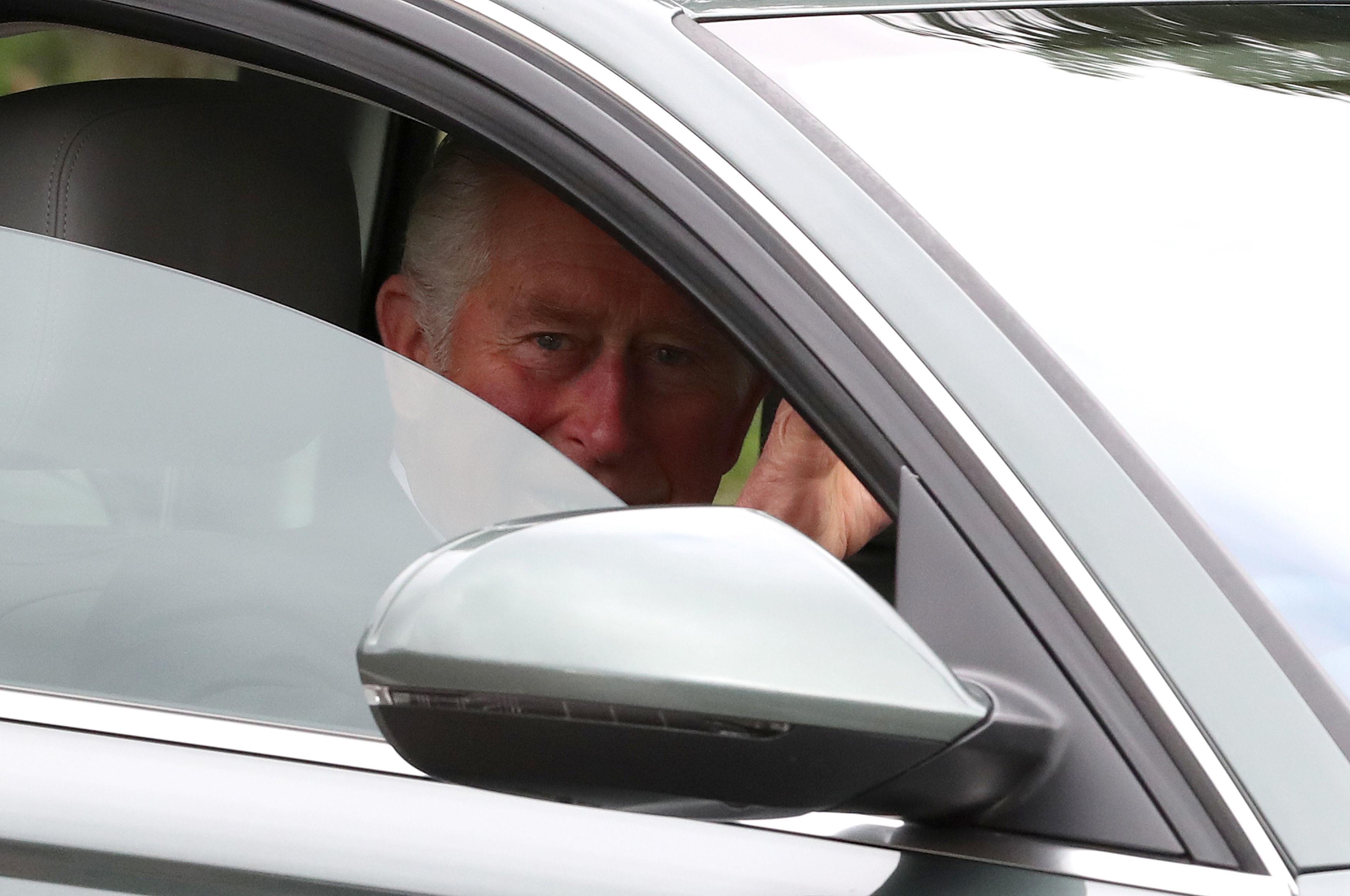 Prince Charles, who opted to drive himself to the service, and Camilla also have a home, Birkhall, on the Balmoral Estate and have been spending time with the Queen

It is not clear if the Duchess of Cornwall was among those attending church this morning.

The Queen moved into Balmoral castle, in Aberdeenshire, at the beginning of August for the start of her summer break. 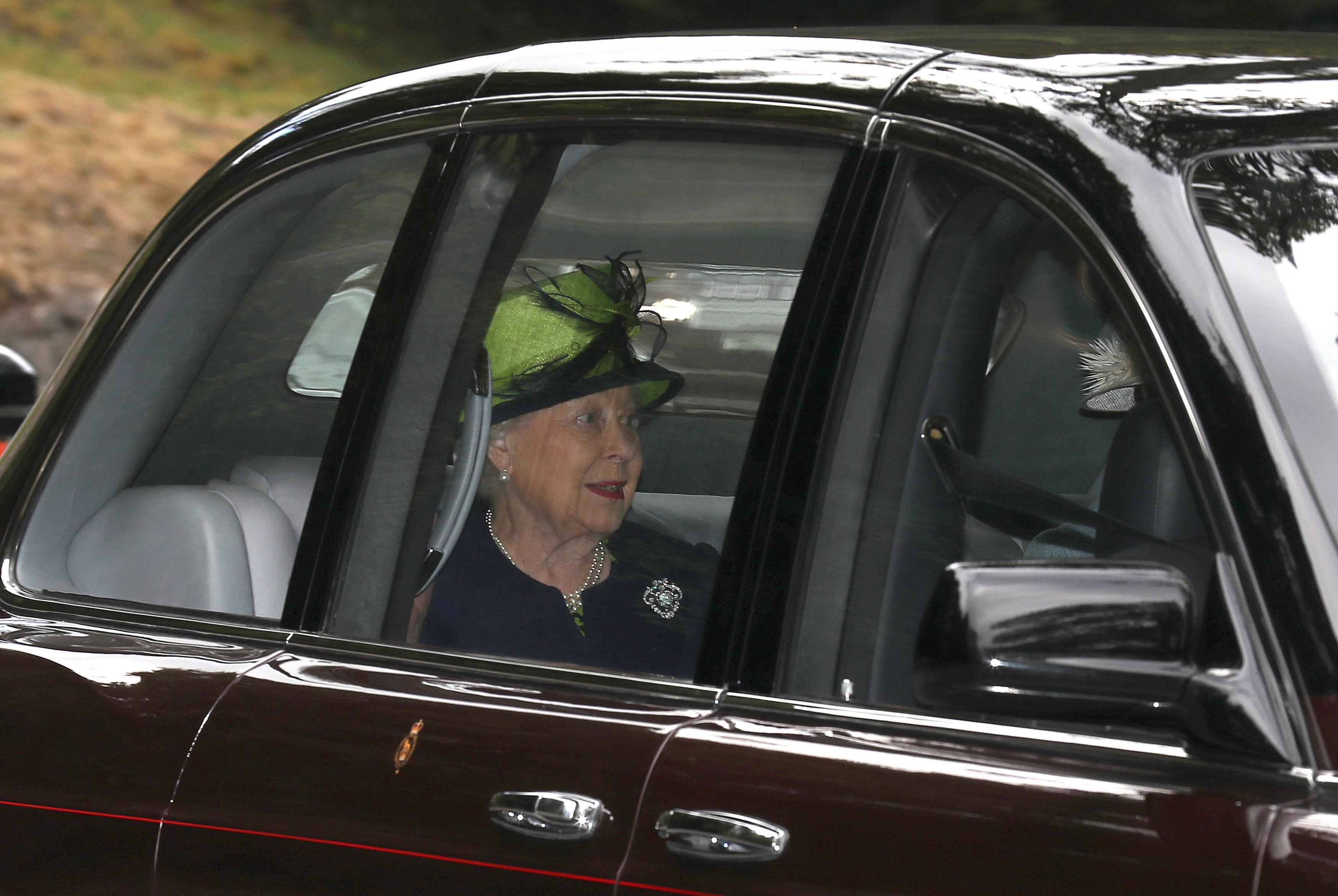 Crathie Kirk lies next door and the Queen regularly attends during her annual Caledonian getaway.

As patron of the Games, which are held just a short distance from her summer retreat, Her Majesty joined thousands of spectators to watch a festival of caber tossing and tugs of war.

The event is held on the first Saturday in September at The Princess Royal and Duke of Fife Memorial Park in the Aberdeenshire town.