This is the shocking moment a thief launches a sickening attack with a bottle on a shop worker in front of a six-year-old boy.

CCTV footage shows a man repeatedly striking the shop keeper with a glass bottle behind a shop counter in Kingswood Food and Wine on Penge Hight Street, Bromley, south-east London.

The thief had gone into the shop along with three children who were aged between six and 12 and had tried to steal some alcohol. 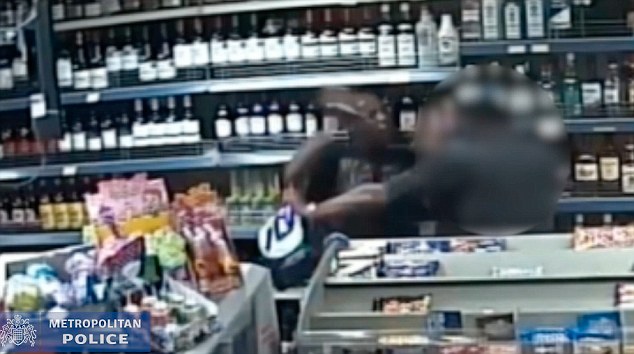 CCTV footage shows a man repeatedly striking the shop keeper with a glass bottle behind a shop counter in Penge, Bromley, south-east London 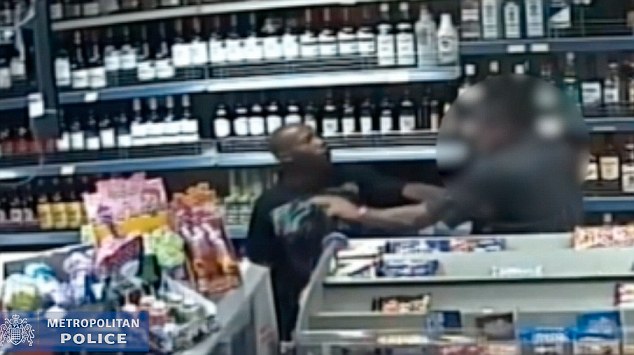 A shop worker had confronted the man when he tried to walk out without paying, at which point the thief bashed him over the head and face with the bottle of booze.

The shopkeeper tries to protect himself by holding the thief back who continues to strike him and shout abuse, as it is believed the children were forced to watch the horrific incident unfold.

Police were called but the man fled with the three children and it is unknown if he was their father.

Detectives are appealing for information that could help them trace the thief in the bottle assault. 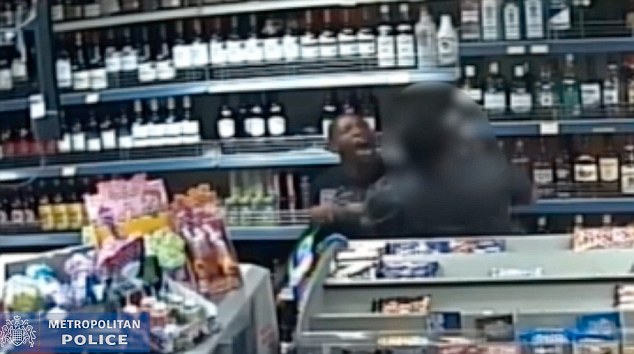 DC Kelly Cretten of Bromley Police said: ‘This man launched a violent attack on an innocent man trying to protect his store and prevent a theft.

‘I’m appealing to anyone who may recognise this man, or who witnessed the attack, to come forward and speak to police.’

The shop worker was taken to hospital where he was treated for minor injuries. 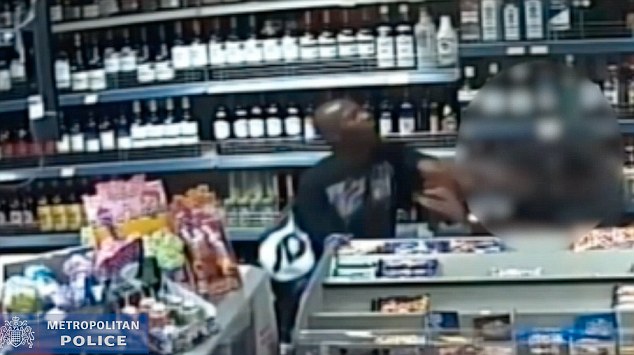