Johnson ordered Lord Frost, his Brexit negotiator, to head to Brussels today for 48 hours of "intensive" talks with Michel Barnier, his EU counterpart, in a last-ditch bid to stop the UK leaving the jurisdiction of the EU without a trade deal on December 31. 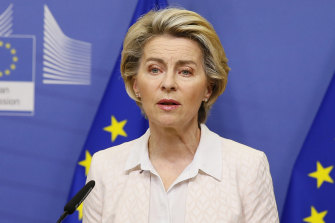 That came after Johnson and Von der Leyen failed to make progress on any of the key areas of fishing, state aid or how to police a deal.

A UK source said the EU was not treating Britain "as an independent country" and had offered terms which "effectively tied the UK's regulations to the EU's in perpetuity".

The two leaders agreed to speak again tomorrow night, the last scheduled meeting between the UK and EU.

Another UK source said that if a deal was not agreed by then the talks would probably collapse. However this was disputed by EU sources. 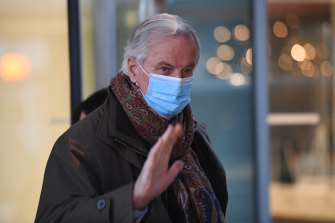 Johnson will now press ahead by publishing two draft laws – the Internal Market Bill and the Taxation (Post-Transition Period) Bill – on Monday and Tuesday, which will breach international law by rewriting parts of the Withdrawal Agreement, which governed the UK's exit from the EU in January, in a move that could further strain relations.

Last night, the hardline European Research Group of Conservative MPs issued a statement ahead of the final push for a deal, pledging "the fullest confidence in David Frost and the British negotiating team", adding: "We have nothing to fear from freedom."

In a joint statement after the call last night, Johnson and Von der Leyen warned that "significant differences remain on three critical issues: level playing field, governance and fisheries. Both sides underlined that no agreement is feasible if these issues are not resolved.

"Whilst recognising the seriousness of these differences, we agreed that a further effort should be undertaken by our negotiating teams to assess whether they can be resolved. We are therefore instructing our chief negotiators to reconvene tomorrow in Brussels. We will speak again on Monday evening."

Talks in London reached a stalemate on Friday night with the UK and EU unable to bridge significant gaps on these three areas.

Britain is arguing for a significant increase in the UK share of fish caught in British waters, with annual negotiations on fishing opportunities for EU trawlers, while Brussels wants a long-term agreement and has demanded a 10-year transition period and offered to hand over just 18 per cent of UK fish.

The EU is also seeking a high degree of alignment by the UK with its standards on workers rights, the environment and particularly state aid for businesses, while the governance of the future trading relationship is also proving difficult to finalise, with the EU insisting on the need for a robust system.

The main sticking point is now understood to be the so-called level playing field that will dictate how state aid rules will work in the UK after Brexit.

One British official said: "They will work intensively to see if they can bridge the final gaps, notably on issues around the so-called level playing field. The two principals will speak again on Monday night.

"There is barely any time left, and there is no doubt that this process may not end in agreement. The process has not been helped by the fact that the EU only allowed the negotiations to focus on legal texts a month ago, as the talks should have been reaching their end."

A senior UK source close to the negotiations said: "This is the final throw of the dice. There is a fair deal to be done that works for both sides but this will only happen if the EU is willing to respect the fundamental principles of sovereignty and control."

One UK official said that the deadline tomorrow was "probably it", adding: "Both sides want an outcome but this is probably the last couple of days of talks."

However, one EU diplomat countered: "There is no deadline but putting my money on a Tuesday deal. This all seems very choreographed and this drama seems like a pretext for more time."

An EU official said: "The situation is serious. The level playing field and fish are hard to solve. It's not just technical, it's political. But we'll give it another try." An EU source also said: "The statements point to a tough road ahead."

David Jones, the ERG's deputy chairman, said it was now "time for the EU, finally, to understand that the British people have voted for independence and will be satisfied with nothing less".

He added: "We have the fullest confidence in David Frost and the British negotiating team and know that Boris Johnson is committed to securing UK sovereignty. We must make clear to the EU that we will never compromise our own national interest.

"We seek a fair free trade agreement with the EU; but if they are unable to accept that we are an independent nation, we will be content to leave the transition period without an agreement and make our own way in the world. We have nothing to fear from freedom."

Barnier is expected to brief EU ambassadors in Brussels today.

EU leaders will decide whether to give the deal their blessing at Thursday's European Council summit in Brussels, if the agreement is struck in time. If the heads of state and government of the remaining 27 member states back the deal, it will go to the European Parliament for an accelerated ratification process to beat the deadline of the end of the year and avoid no deal WTO terms from January 1.

Emmanuel Macron, the French President, who faces election in 2022, has vowed to fight for his fishing industry and sees the level playing field commitments as vital to protecting French businesses from unfair competition.

Clément Beaune, the French Europe minister, said on Saturday: "We will not say to our fishermen we've sacrificed you all for them. They will be defended to the last. If there is a deal which is not good, then we would oppose it."

Micheal Martin, the Irish Taoiseach, posted: "I welcome the fact that negotiators will resume their discussions on an EU and UK trade deal in Brussels tomorrow. An agreement is in everyone's best interests. Every effort should be made to reach a deal."