Ministers are facing a Tory rebellion over plans to allow people to change gender without approval from a doctor.

Equalities minister Penny Mordaunt proposed a major overhaul of the process over the summer.

She said the current process, which requires consent from a doctor, was ‘overly bureaucratic’.

Ms Mordaunt insisted she was determined that the state should not ‘add to people’s stress’ when they were already going through a ‘challenging’ process. 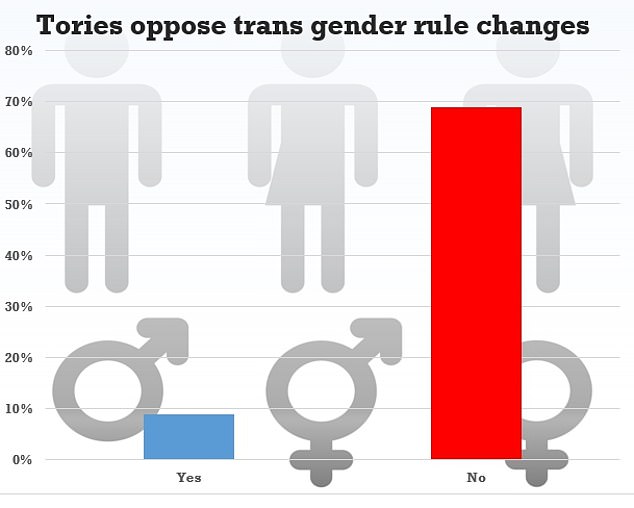 A poll of MPs by ComRes found just 9 per cent of Conservatives believe people should be able to declare their own gender without medical consultation, while 69 per cent were opposed

But a ComRes poll of MPs has found that just 9 per cent of Conservatives believe people should be able to declare their own gender without medical consultation. Some 69 per cent were opposed.

More than half said transgender women should not get all the same legal rights as those born female.

Eight out of 10 said they were worried by the number of children wanting to change gender, and 56 per cent were against puberty-blocking drugs.

But the poll found 63 per cent of Tories were nervous of speaking out for fear of being branded ‘transphobic’.

The findings suggest the government might have problems pushing the reforms through when they come before Parliament. A consultation is due to come to a close next week.

One minister told the Sunday Times that when Ms Mordaunt outlined the plans to Cabinet in June ‘no one made a fuss’.

‘She said it was the defining moral and cultural issue of our time and that we must get this right now because we have failed to be on the right side of previous controversies. She said this was the equivalent of establishing gay rights in the 1980s,’ the minister said.

Theresa May said last year that the government would seek to ‘streamline and de-medicalise’ the process of changing gender, insisting the system must reflect that ‘being trans is not an illness’. 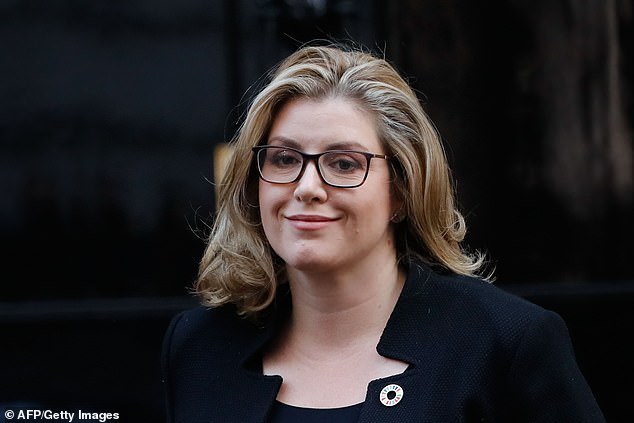 The mooted reforms include scrapping medical tests and allowing individuals to self-identify their gender – as already happens in countries such as Ireland.

A YouGov poll for Pink News in July found there were considerable doubts among voters over the proposals to overhaul the Gender Recognition Act.

And the figure dropped to 13 per cent among Conservative voters, according to the research.