This is the shocking moment three daredevil drivers put on a car show and drove in donuts across the Bay Bridge, San Francisco.

The footage captured the cars looping in circles across the busy road while dozens of motorists looked on in shock.

A white 1990s Ford Mustang was joined by a New Edge Mustang and a white Toyota Supra who raced each other in loops across the bridge. 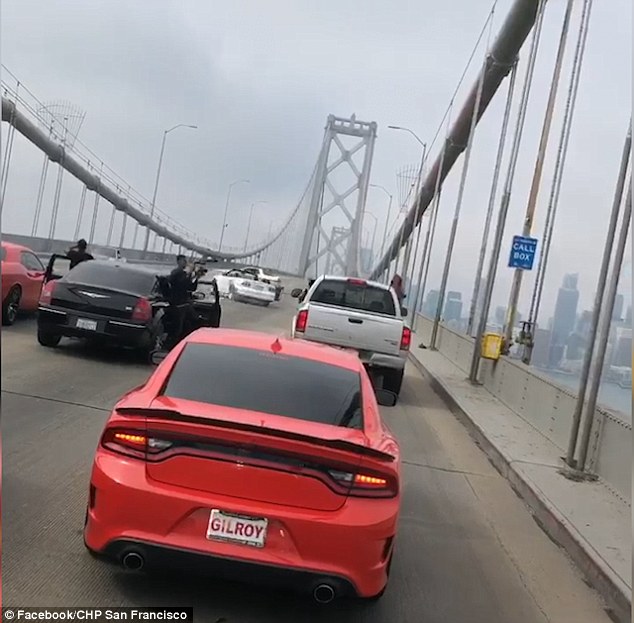 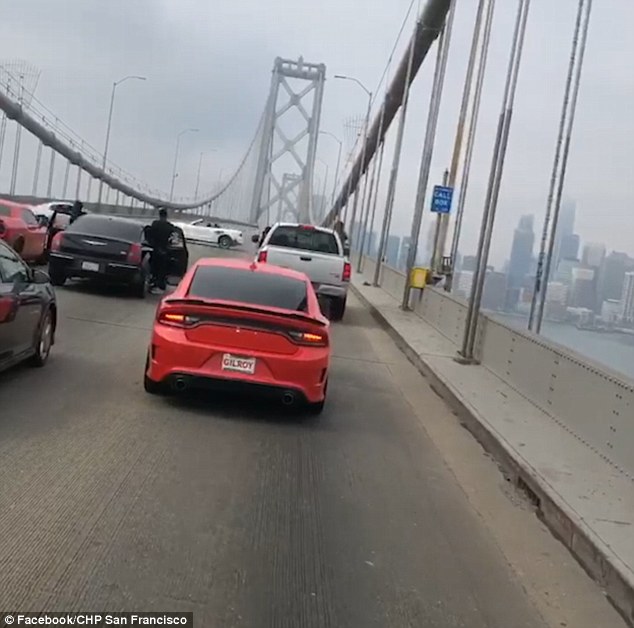 Morning traffic was brought to a halt as the cars looped in circles making loud screeching sounds, blowing up clouds of dust and leaving streaks of tarmac on the ground.

California Highway Patrol San Francisco posted the footage on social media that showed the reckless drivers shut down frustrated lanes of traffic who were forced to stop their cars and watch the dangerous stunt.

The white Ford Mustang can be seen with its roof down and the passenger door wide open as two people inside maneuver the car and weave it across the road.

Members of the public caught up in the bizarre car stunt called the police who arrested one man.

But two of the drivers managed to speed away and avoided arrest, the San Francisco Chronicle reported.

The driver of the Ford Mustang had his car impounded for 30 days for driving without a license.

A police statement read: ‘Earlier today CHP Golden Gate dispatch center received calls of multiple vehicles on the freeway in the Oakland area engaged in side show activity. It was then reported the vehicles were headed towards the Bay Bridge.

‘At 1045 hours video was taken by a passerby of vehicles stopping traffic on the Bay Bridge west of Treasure Island heading into San Francisco. 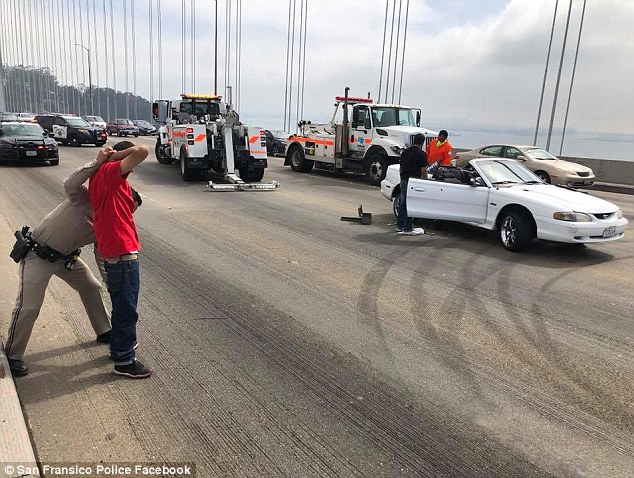 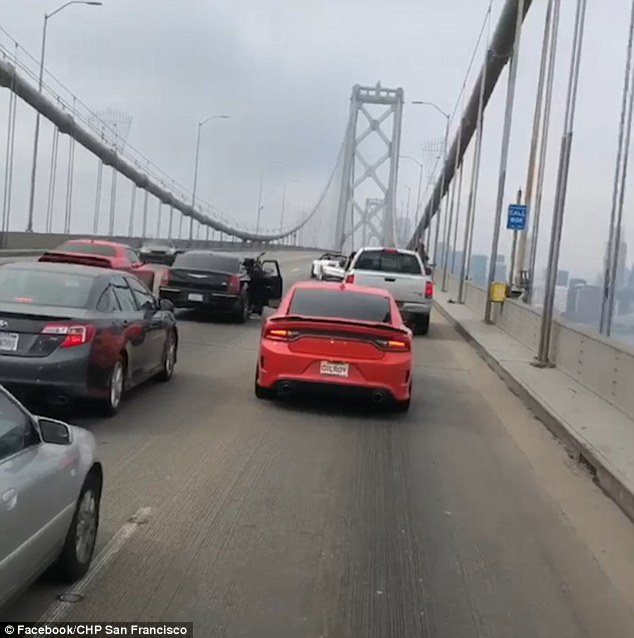 ‘These vehicles were engaging in side show activity on the freeway. Multiple units from the CHP San Francisco Area responded and were able to take the driver of one of these vehicles into custody.

‘Numerous other vehicles suspected to be involved with the side show were also stopped for mechanical violations as they exited the Bay Bridge.

‘The driver of the white Mustang will be booked for reckless driving and exhibition of speed and his vehicle impounded for 30 days.

‘Drivers of the other vehicles stopped were cited for various mechanical violations and one of those vehicles was also impounded as the driver was determined to be unlicensed.’

California highway Patrol San Francisco tweeted: ‘Thank you to the public for calling in the crimes witnessed as well as providing us with video evidence to assist with charges filed.’

San Francisco Police have had huge problems with illegal car shows in the Bay area.