Husband of train worker, 47, who died from coronavirus after being spat on by thug says his family’s lives have been destroyed as he slams her bosses over lack of PPE

The husband of a train worker who died aged 47 from coronavirus after being spat on by a thug says his family’s lives have been destroyed as he slams her bosses over lack of PPE.

Lusamba Katalay revealed how losing Belly Mujinga has destroyed his world and that of his 11-year-old daughter.

He spoke to The Sun after police interviewed and then released a 57-year-old man following the spitting incident on March 21.

‘I don’t know how I’d react if I saw the man who did this,’ he said. ‘I’m normally reasonable but I’m so devastated right now I might lose it and attack him, I just don’t know. And my anger won’t bring her back.’ 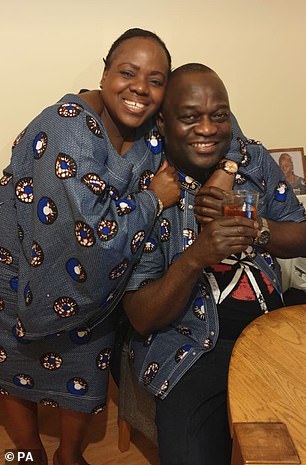 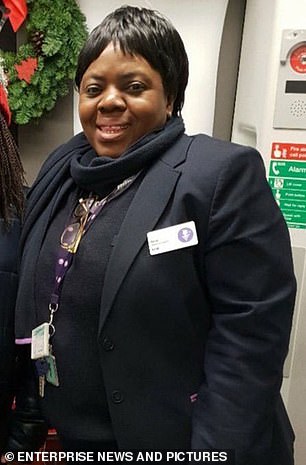 Belly Mujinga (pictured, right, and, left, with her husband) died of coronavirus after being spat at by a thug

Mr Katalay, 60, says his wife, a former BBC journalist, pleaded with him from her hospital bed not to let daughter Ingrid see her during their final video call.

‘She told me that she didn’t want Ingrid to see her like that,’ he said. ‘She said, ‘Pray for me’.

‘The next morning I got the call saying she’d died. She was our whole world. She’d do anything for anyone.’ 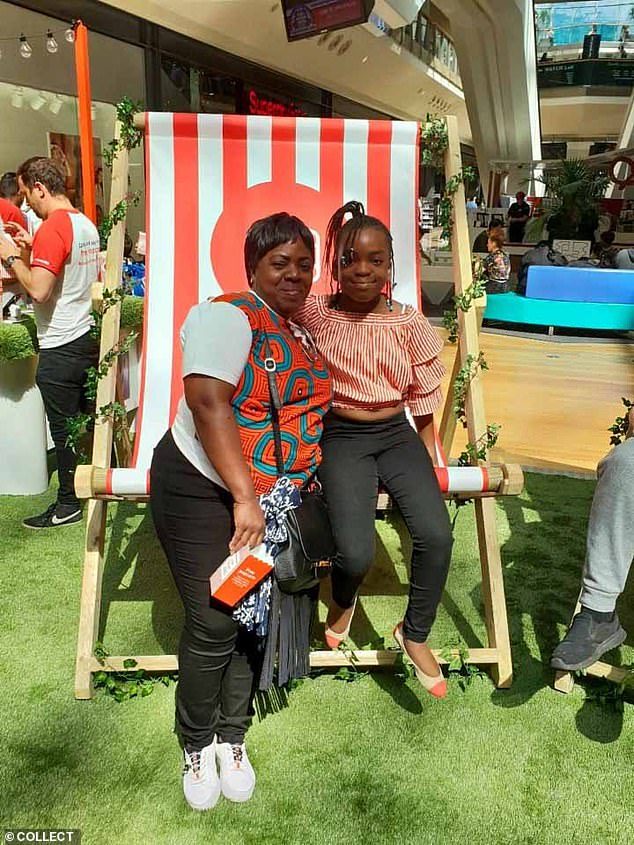 Ms Mutinga is pictured with her daughter, who has been devastated by the death of her mother

But he says the stricter prison term still isn’t justice for people like him who are working through such devastation.

He also demanded an explanation from the Government as to why she had not been given PPE, saying the lack of protective gear also put him and his daughter in ‘mortal danger’.

The last time Mr Katalay saw his wife in person was when an ambulance took her from their flat in Hendon, north London. She died two days later at Barnet Hospital.

Ms Mujinga’s elderly mother could not come from the Democratic Republic of Congo for the funeral, which had a limit of 10 mourners.

A spokesman for British Transport Police said on Saturday: ‘A 57-year-old man from London was interviewed under caution last Sunday at a London police station.

‘Detectives are investigating. They’re not looking to identify anyone else.’