A travelling circus has been closed off by police following the death of a man who performers said had died in ‘tragic circumstances’.

Officers were called to Russells International Circus in the resort of Cleethorpes, North East Lincolnshire, at 7.30am on Tuesday.

Paramedics rushed to the circus minutes later at 7.23am but the man was pronounced dead on their arrival.

Today, scene of crime experts from Humberside Police searched the big top tent for clues after the man was reported dead on the site. 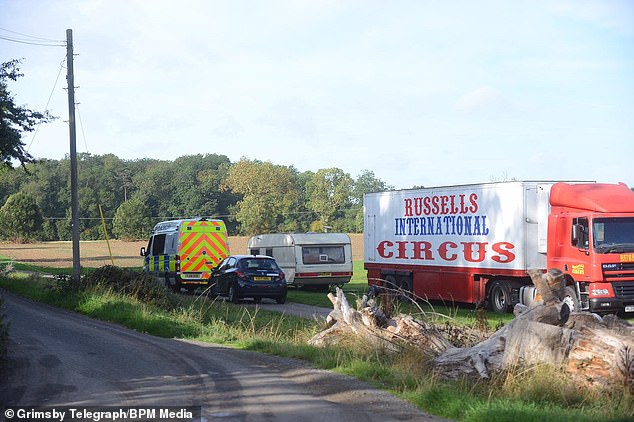 The site was cordoned off and both yesterday’s shows cancelled.

A Humberside Police spokesman said: ‘Our officers are on the scene and enquiries are in their very early stages at this time.’

A spokesman for the 250-year-old circus said: ‘Due to tragic circumstances, both performances cancelled today we will be recommencing Thursday till Sunday.

‘We are not allowed to make any statements. Police have advised us not to say anything.’

An East Midlands Ambulance Service spokesperson said: ‘We received a call at 7.23am to incident at Cleethorpes.

‘A paramedic in a fast response vehicle attended.No one was taken to hospital and police are investigating.’

A private hearse was called to remove the body after the man was certified dead at the scene. 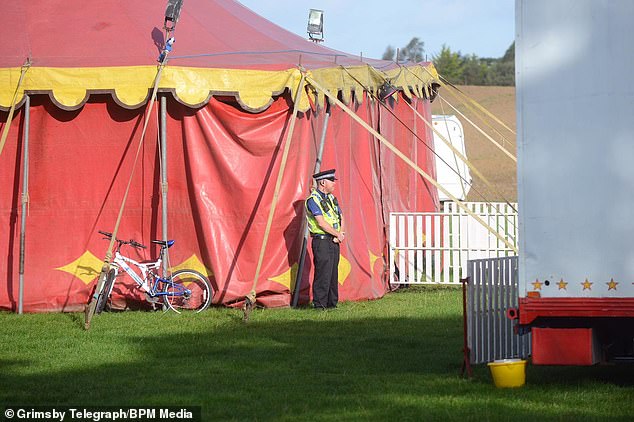