Bharat Tiwari, from Madhya Pradesh, has been dubbed by villagers "the Bendy Priest". 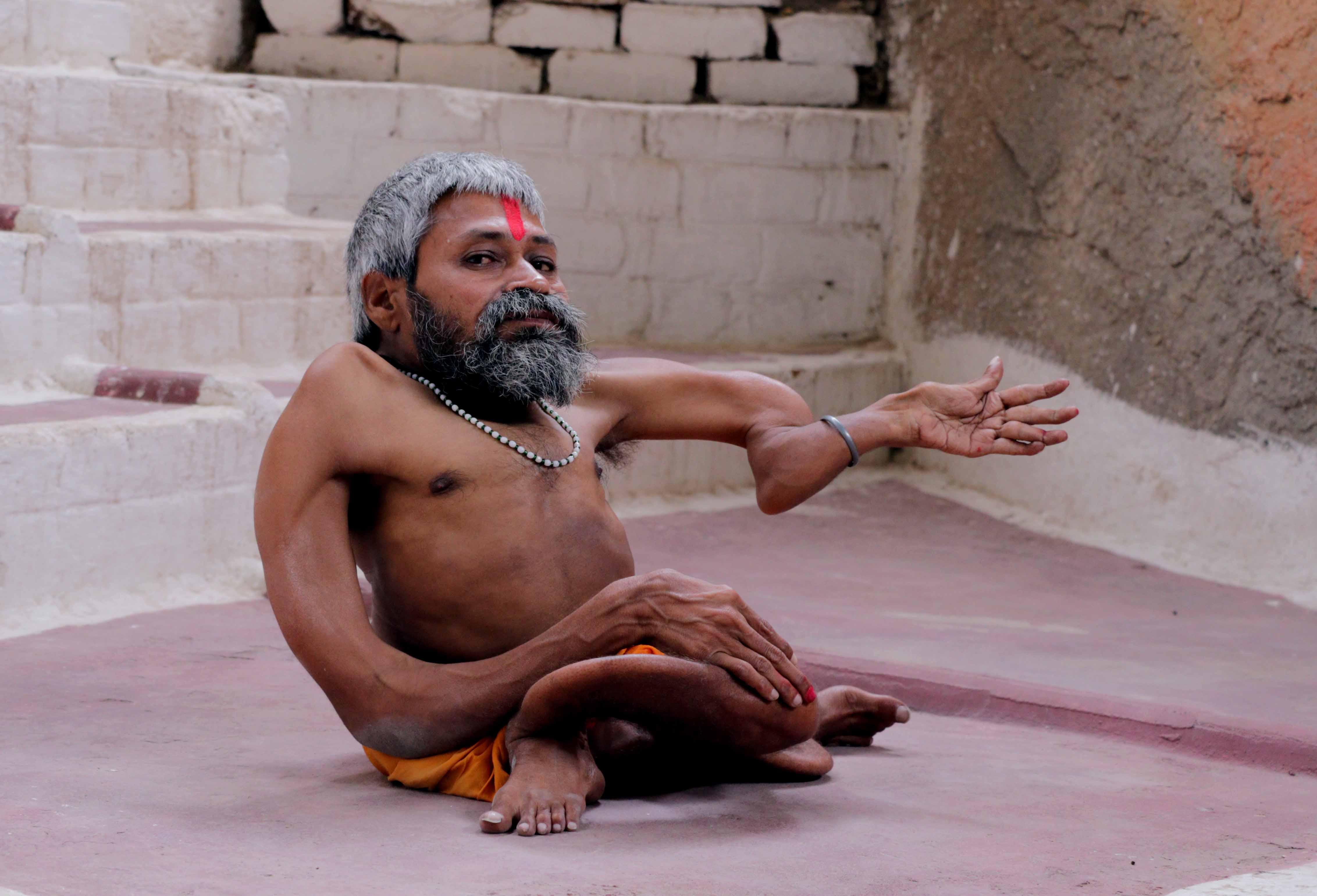 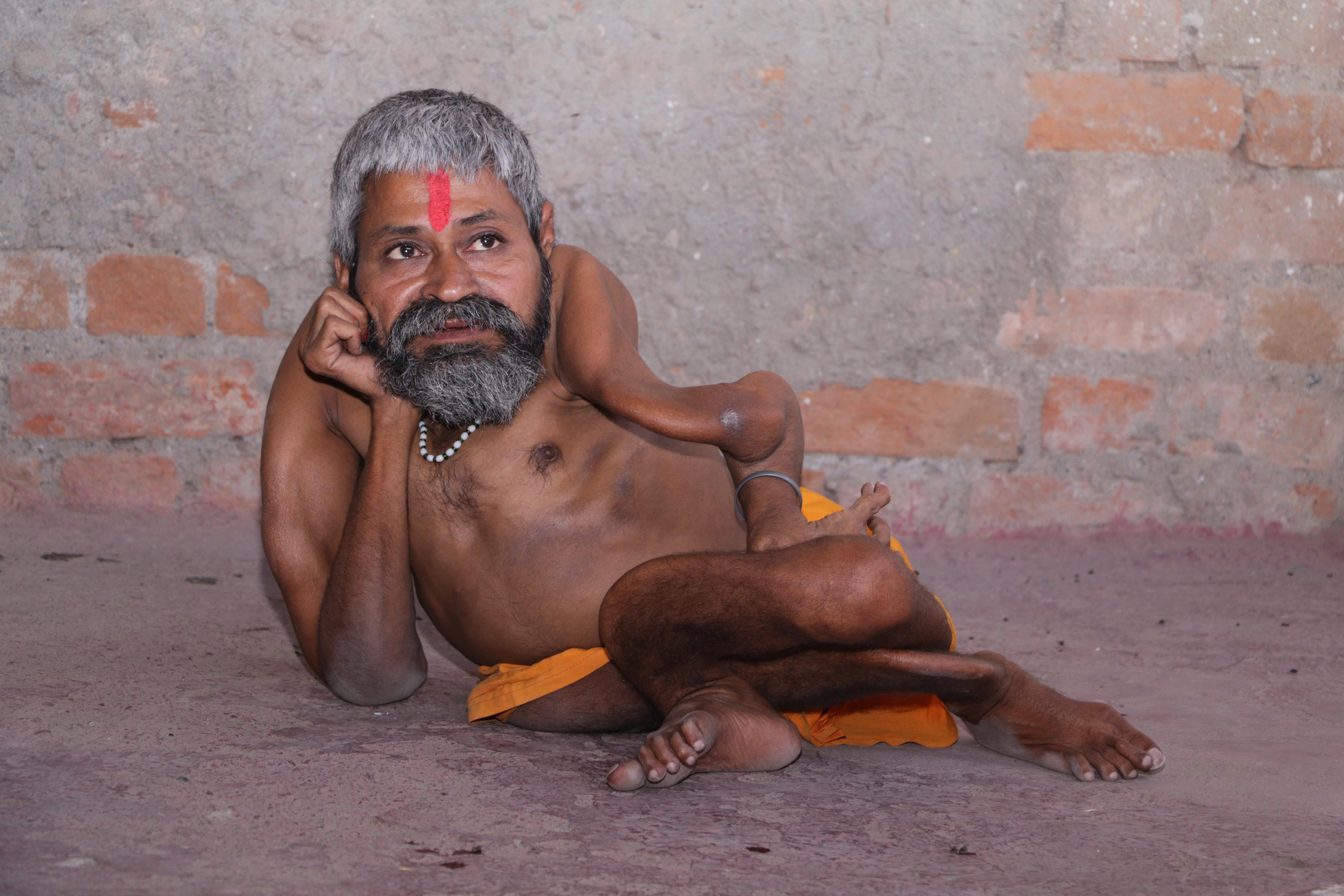 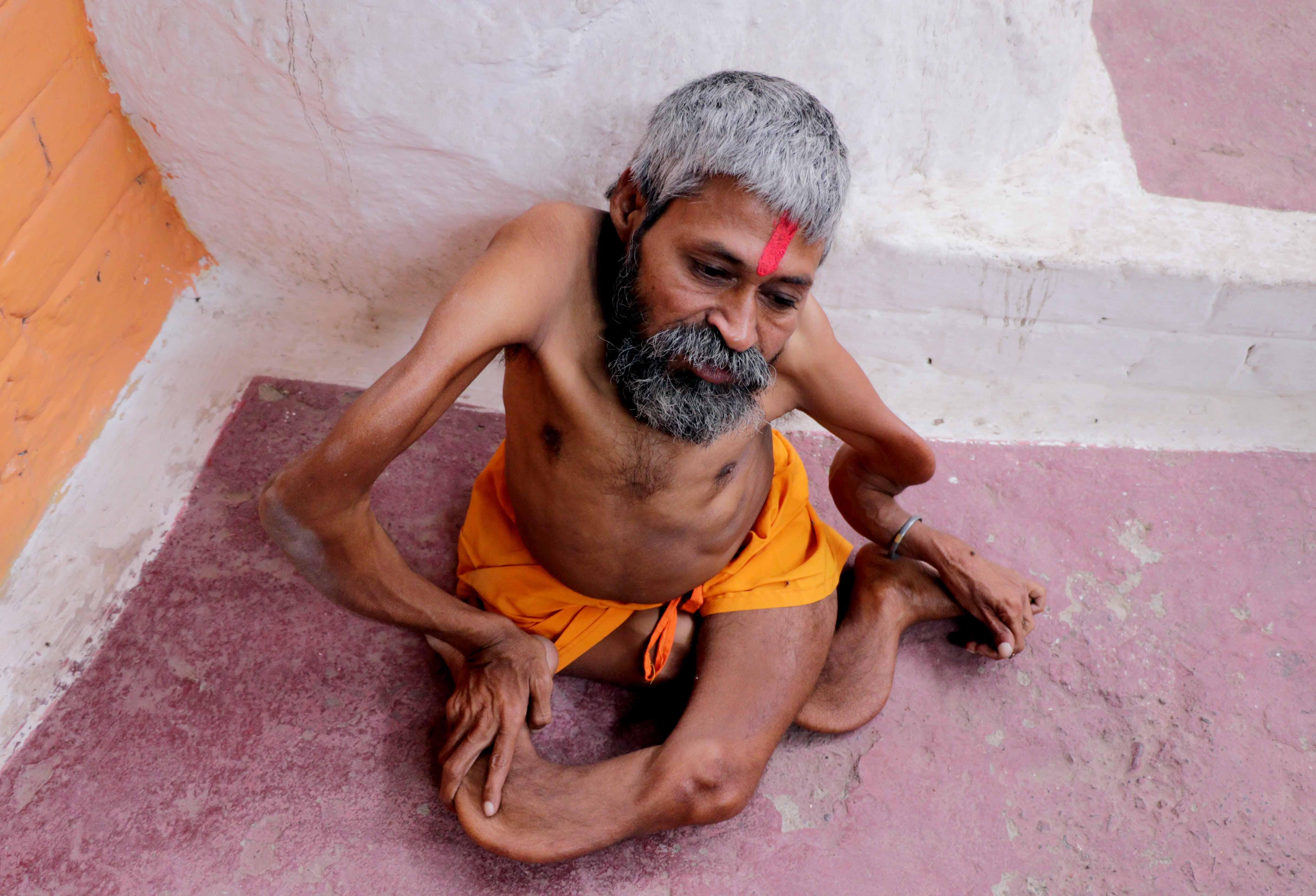 "I've been like this since childhood and I am not sure how it happened," Bharat said.

The 53-year-old claims that his body started to shrink after a wall fell on him when he was five-years-old.

His parents tried all sorts of treatments, he says, but nothing worked.

Despite his physical sufferings Bharat insists that his condition is a "gift from God". 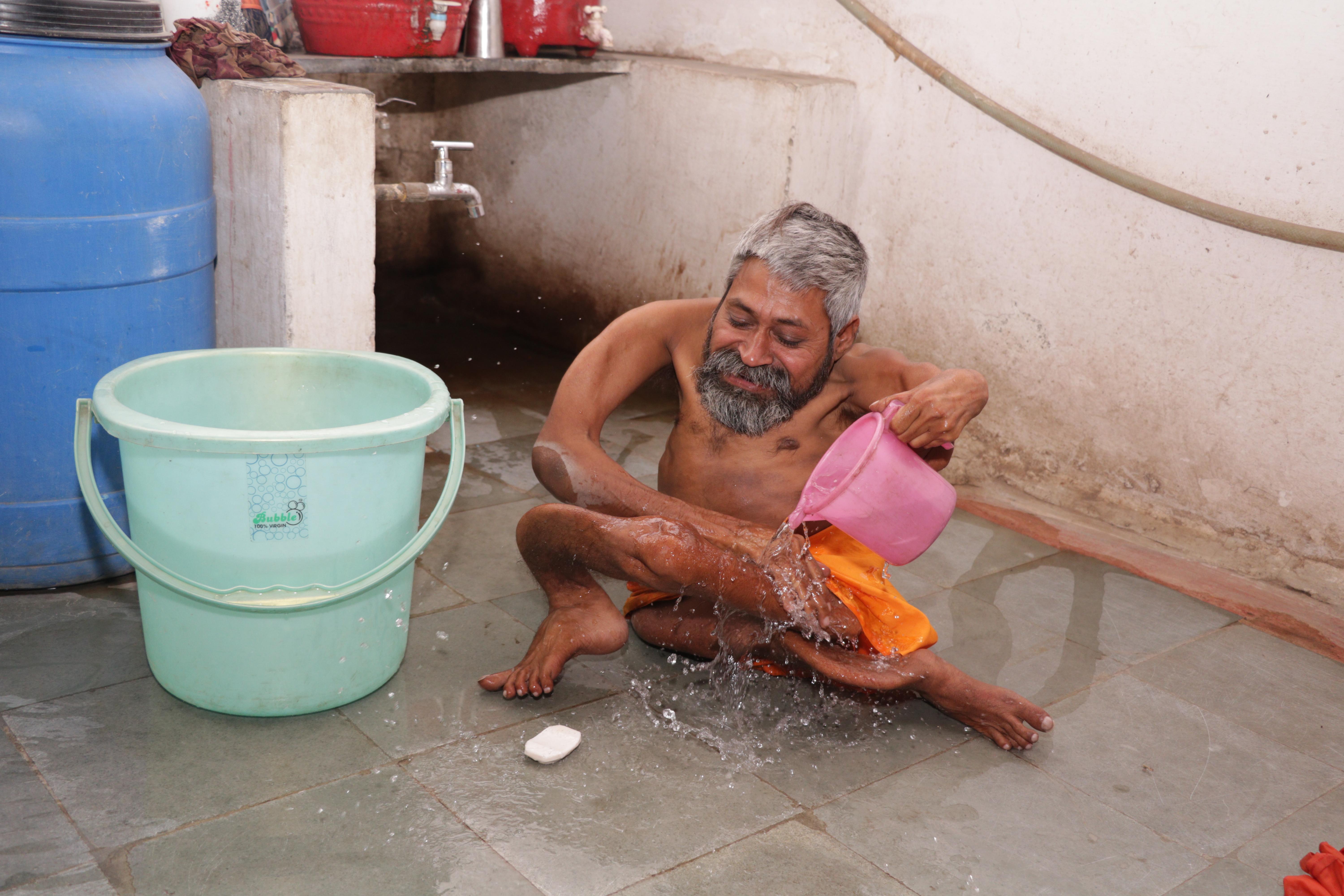 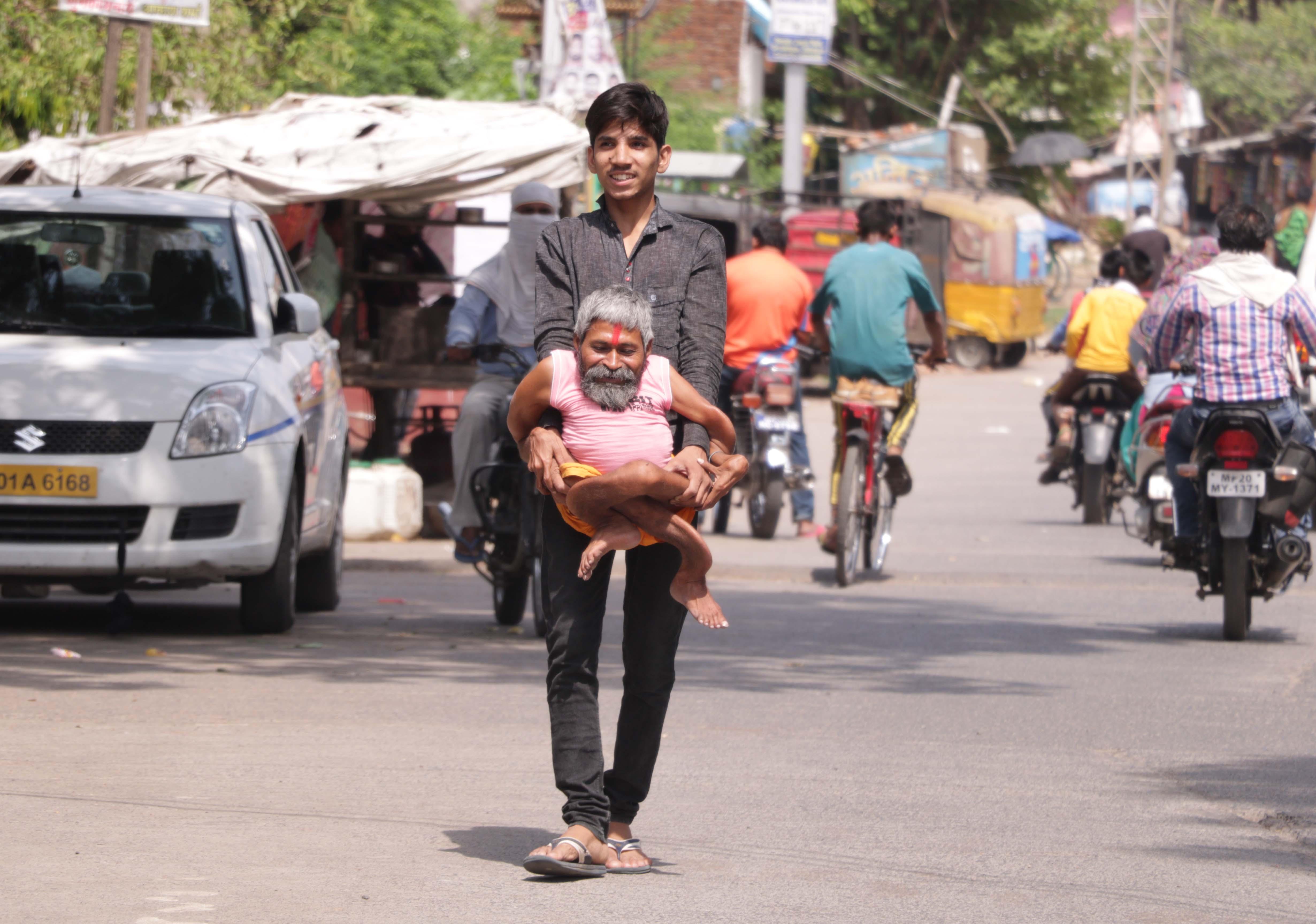 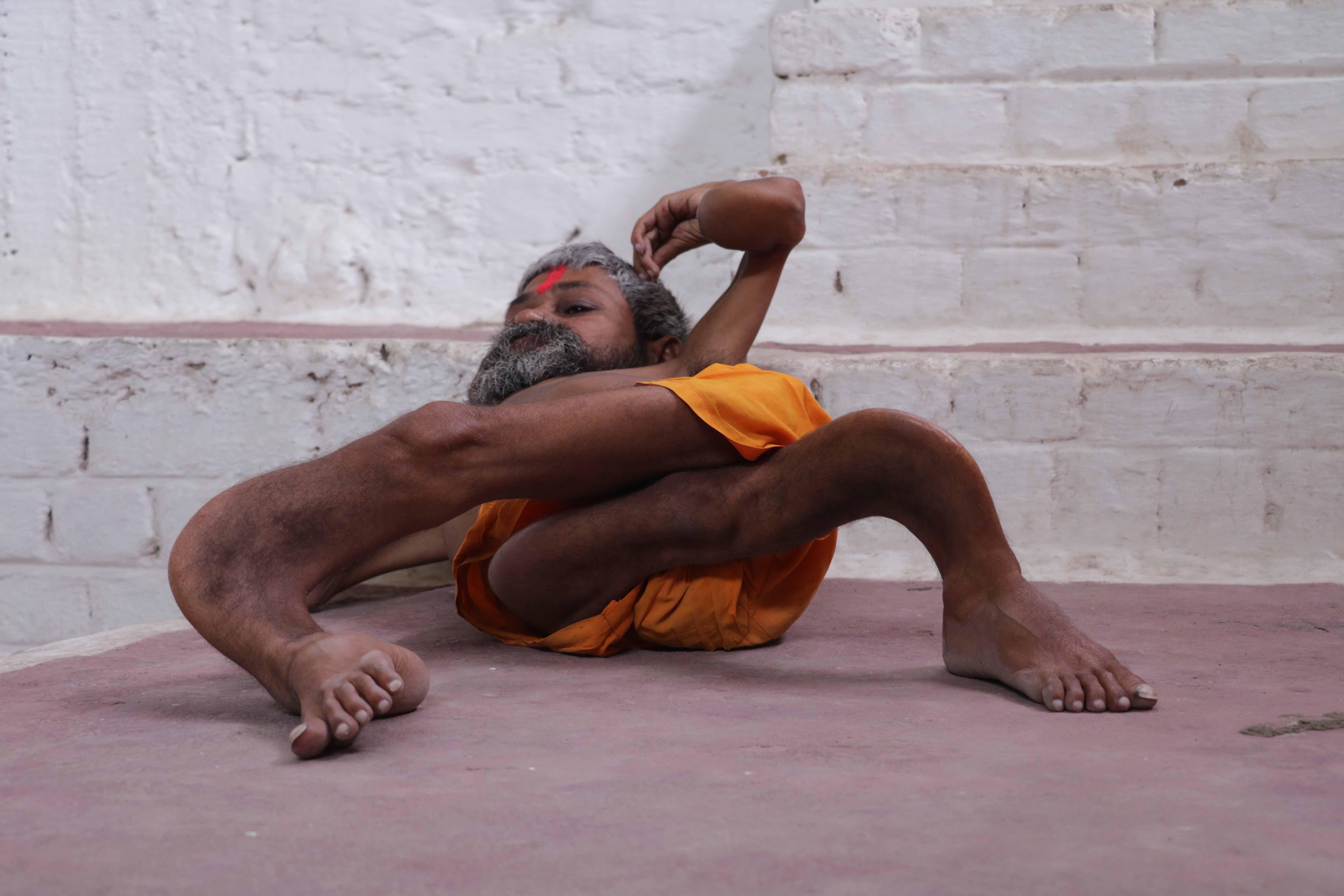 "I believe in God and I know everything comes from him. This too is from God and it shouldn’t make me sad or depressed," he said.

The people who live in the surrounding villages close Bharat apparently believe that he might be the reincarnation of an ancient god.

"There was once a priest who walked into the court of a king on his crutches. People started laughing at them, so he cursed them all," Bharat said. 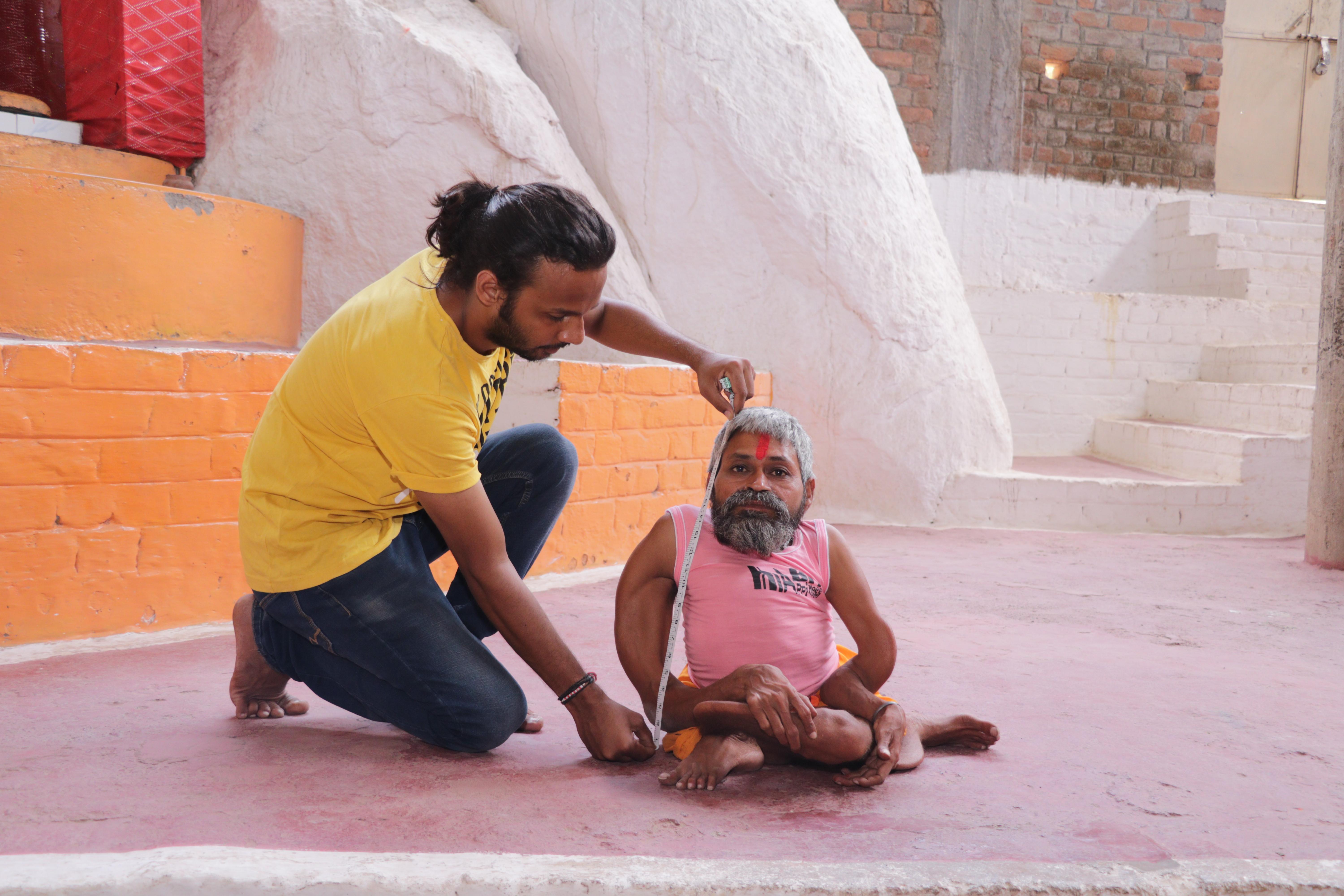 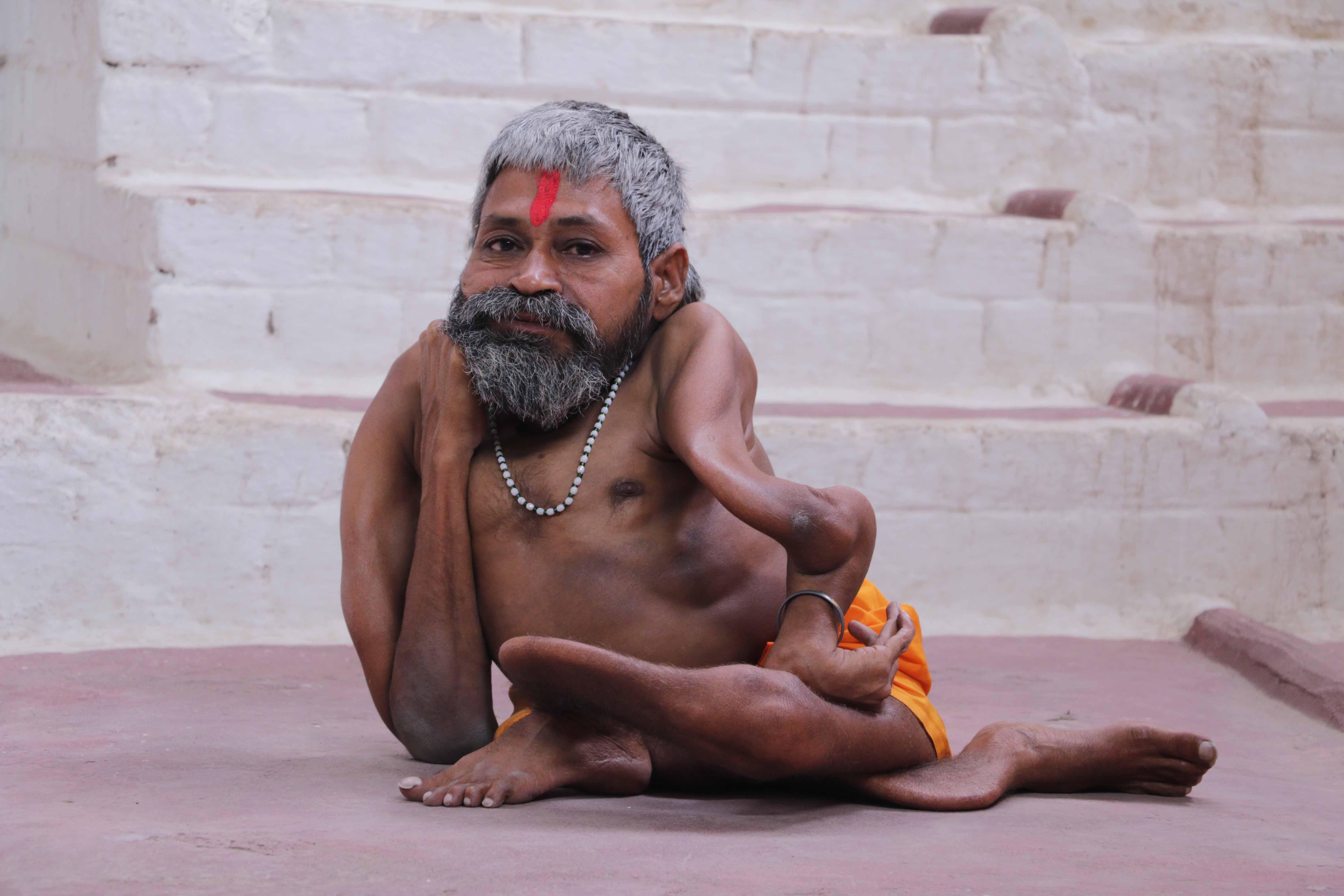 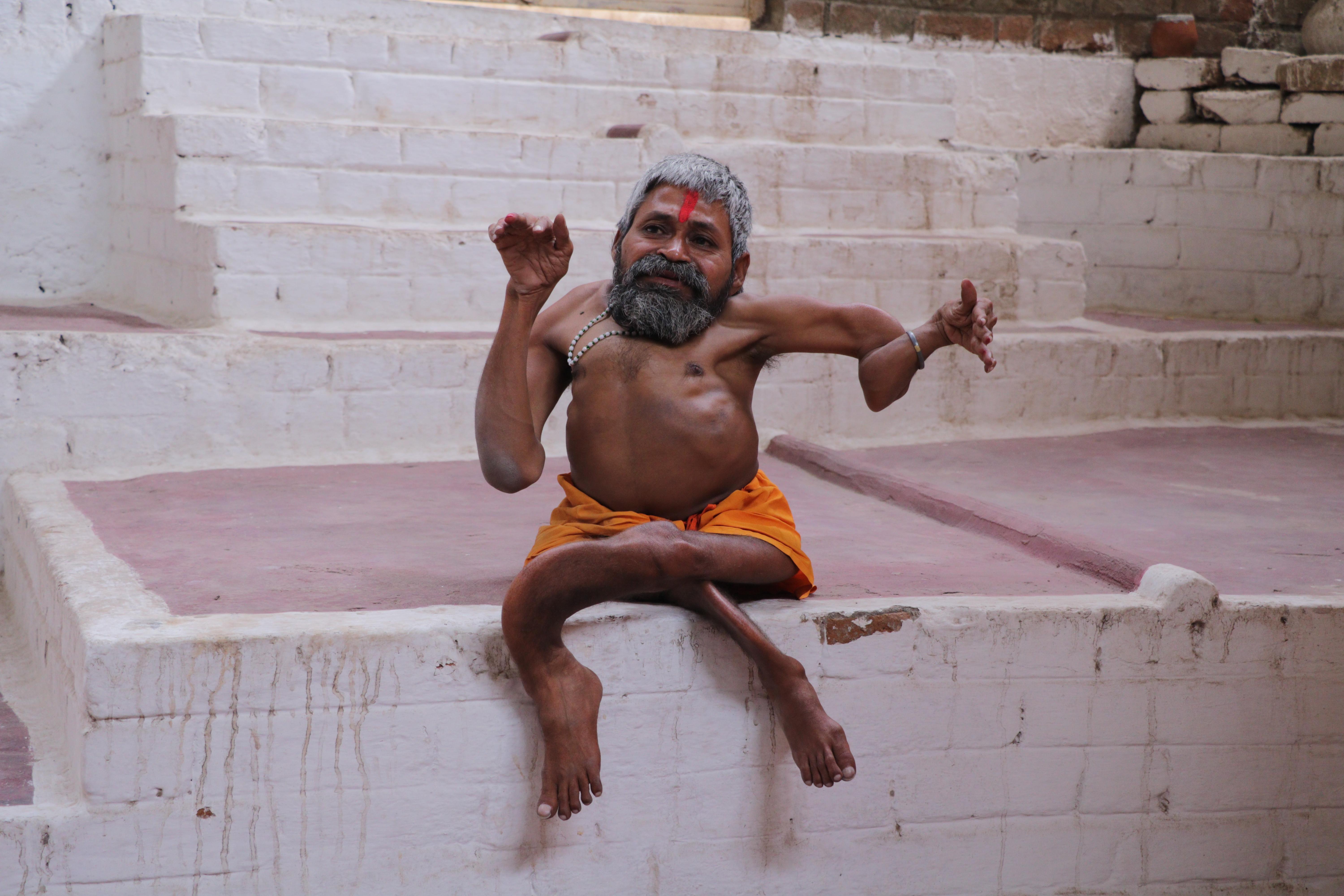 “People from different villages come to see me and they pay me respect.”

“Nobody taunts me and everyone respects me and I bless them. They are all very helpful to me.”

While the priest is unable to work due to his disabilities, he still says that he doesn't face any real problems.

He says that he travels like "normal people" and is able to things like wash his clothes, shop and make his own meals. 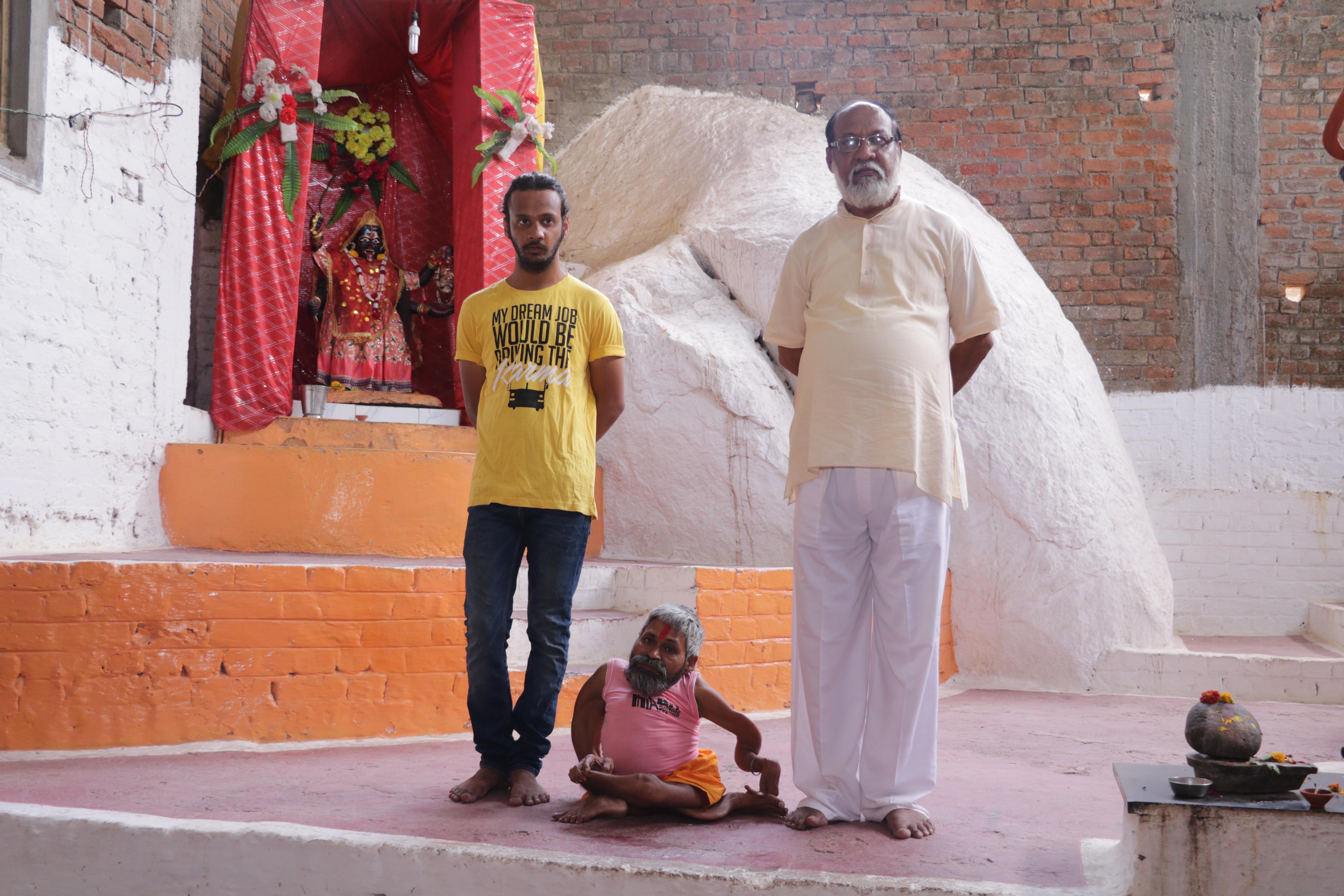 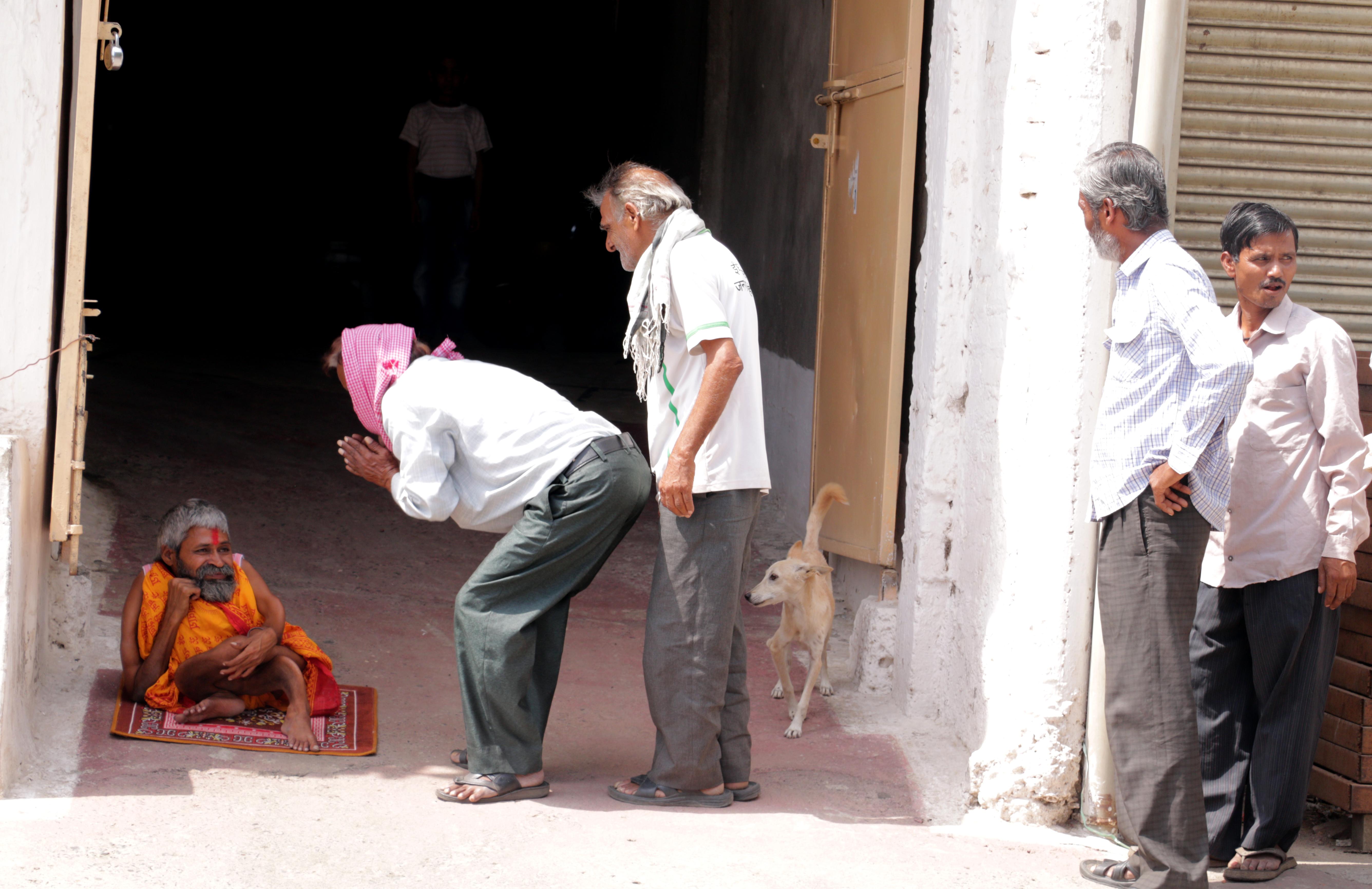 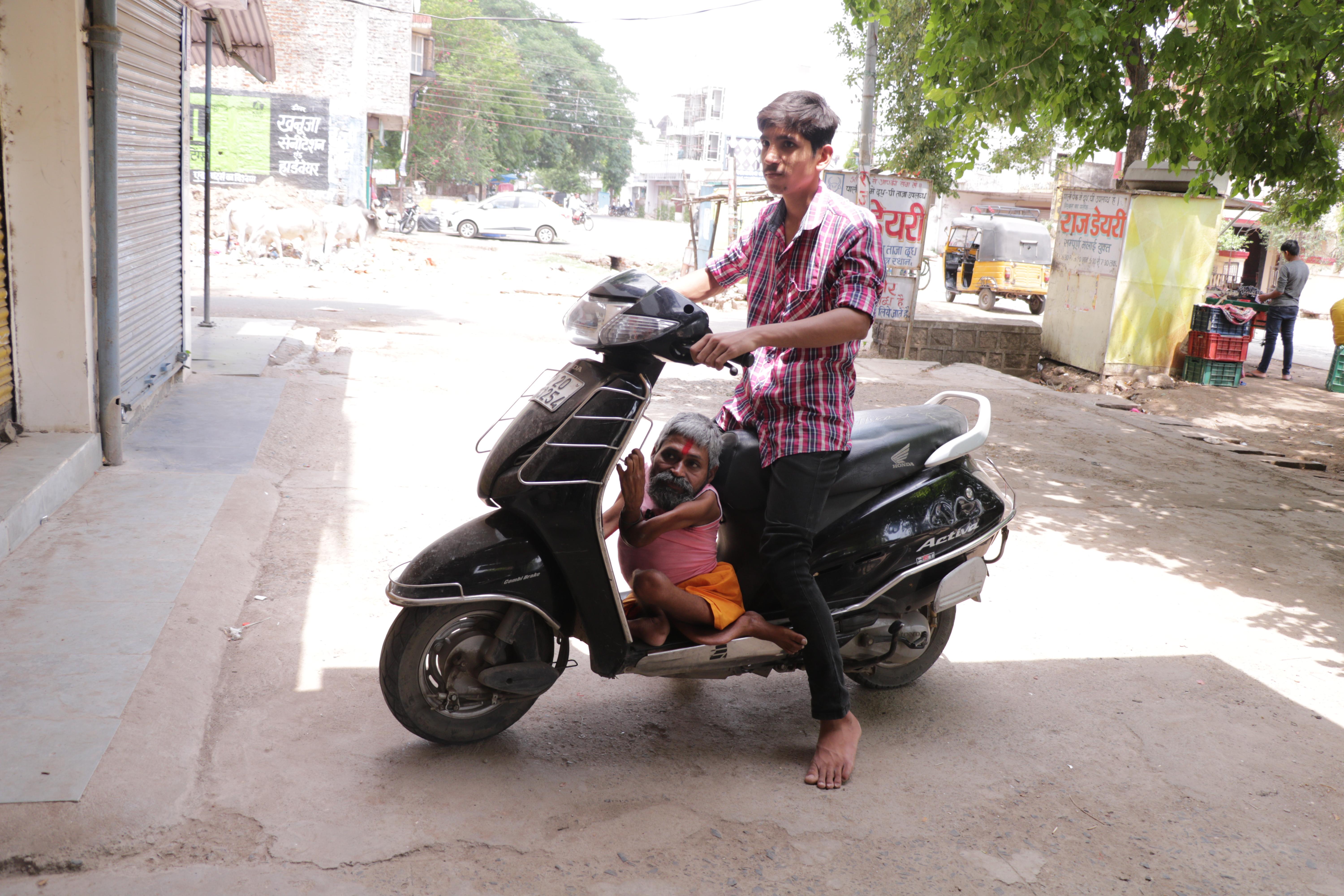 His friend and temple owner, Sadhaya Pragya Bharti, said: “In our Hindu culture there were disabled priests and we believe he is a reincarnation of them.

"People here don’t make fun of him, they greet him and think of him as a respected figure in the community.

“We don’t make fun of our priests. They are like our Gods and we do worship them.

“Tiwari doesn’t take any help in any form. He is proud of himself and does all his work himself. 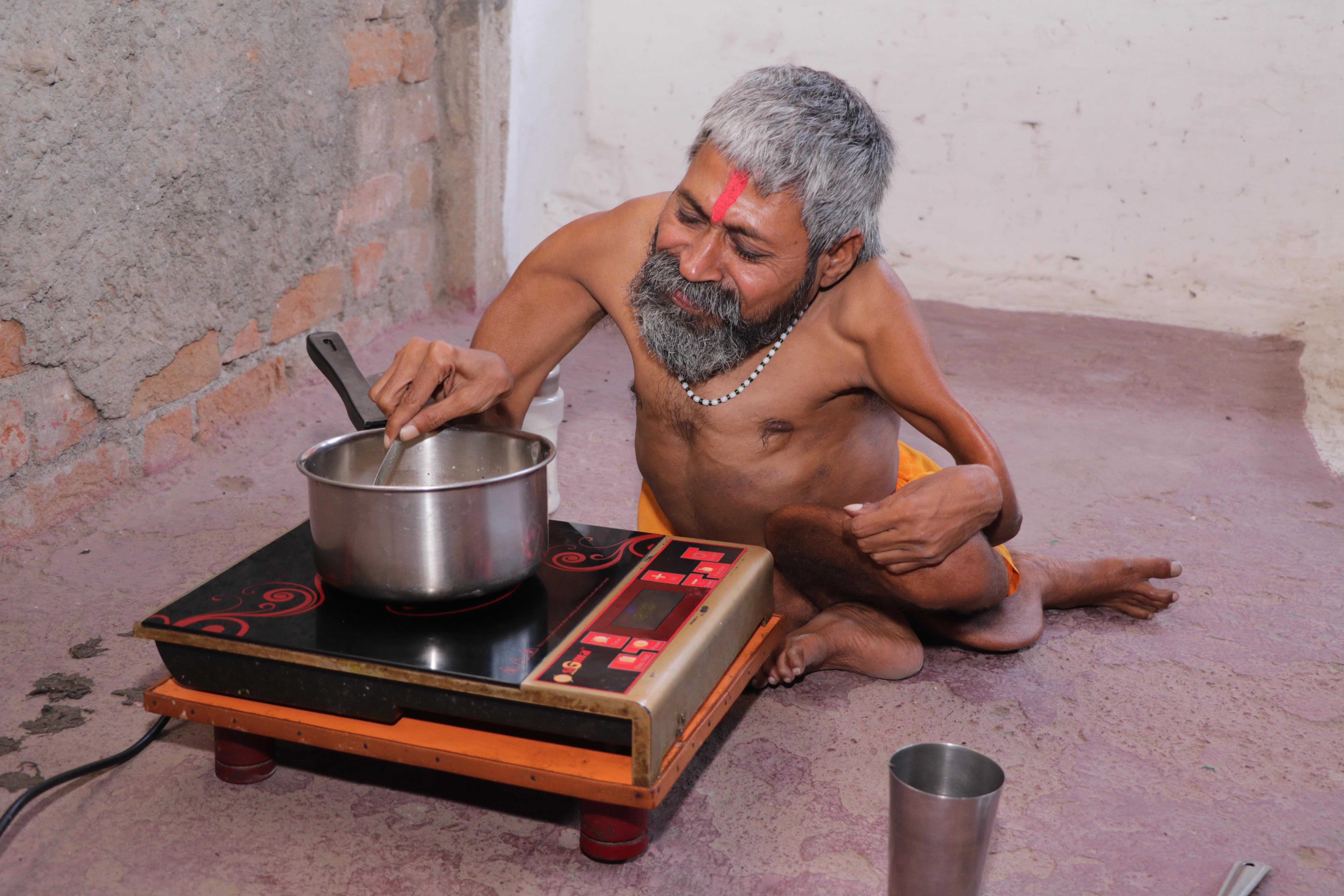 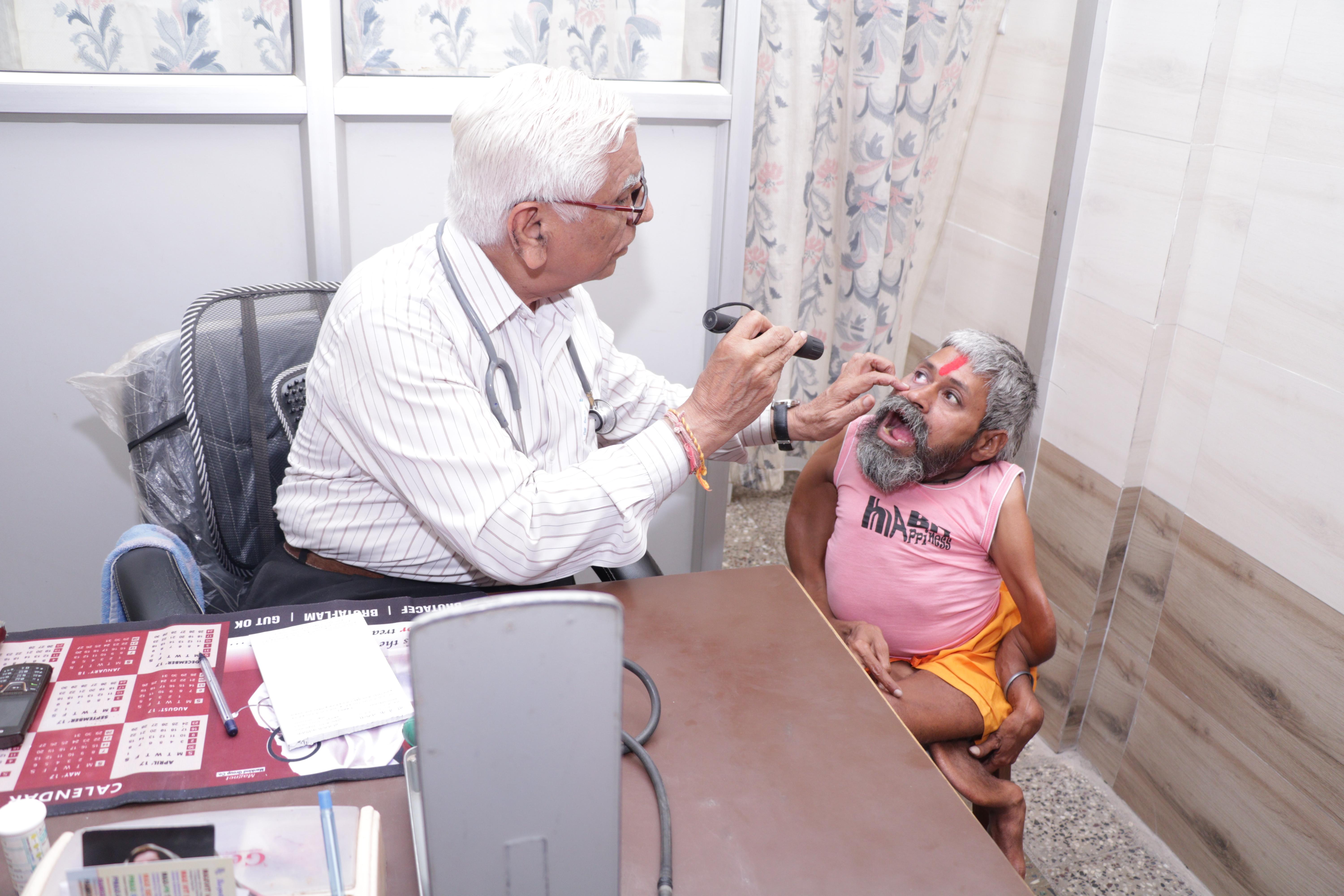 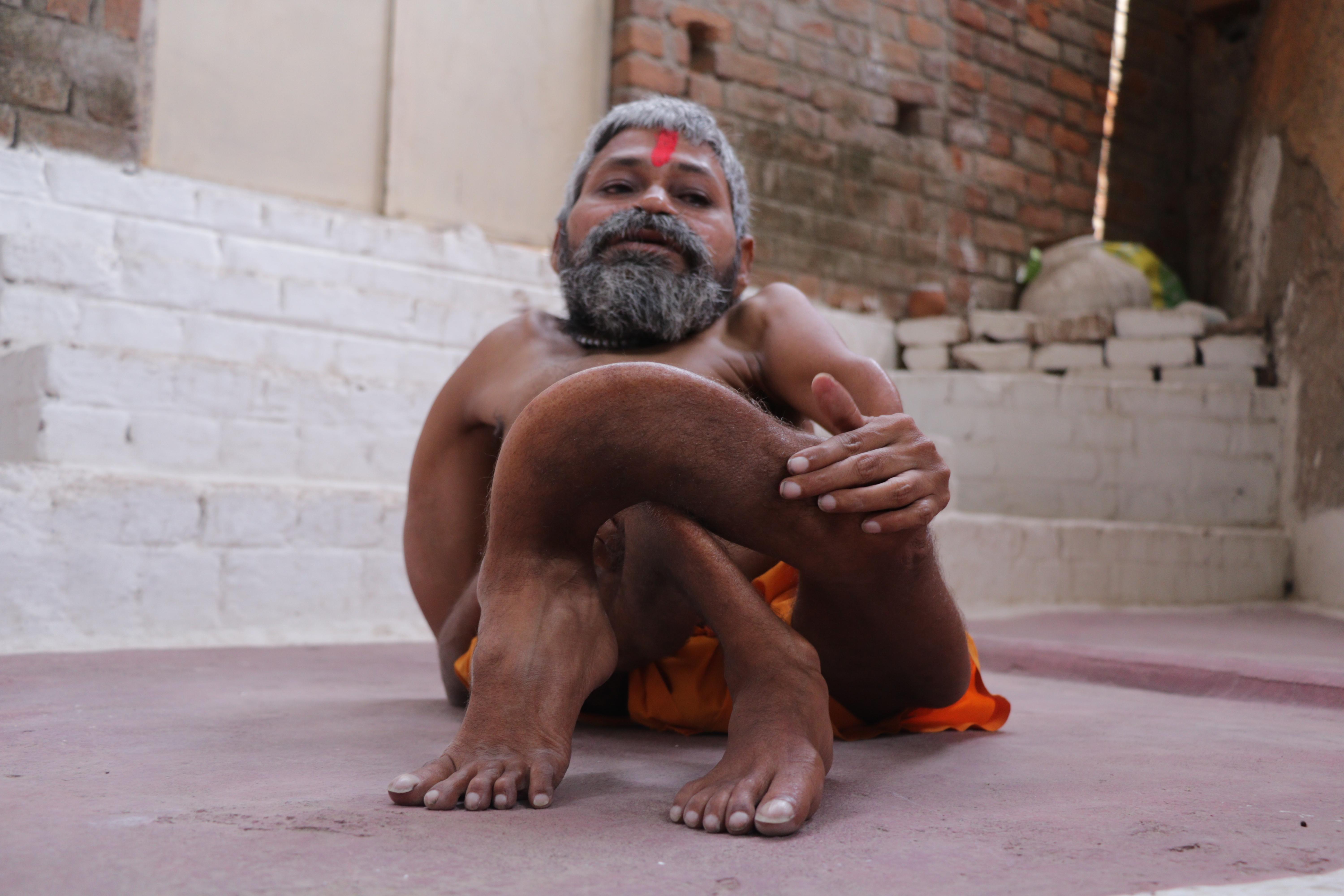 "Ironically, we sometimes ask him for his help with things, like gardening.”

A local doctor who has been treating Bharat says that it's too late to begin trying to cure the condition – whatever it may be.

He claims that Bharat's bones are causing the problem and because of his age he doesn't think there's any chance of him getting better.

The main aim now is to ensure that any further deterioration is avoided. 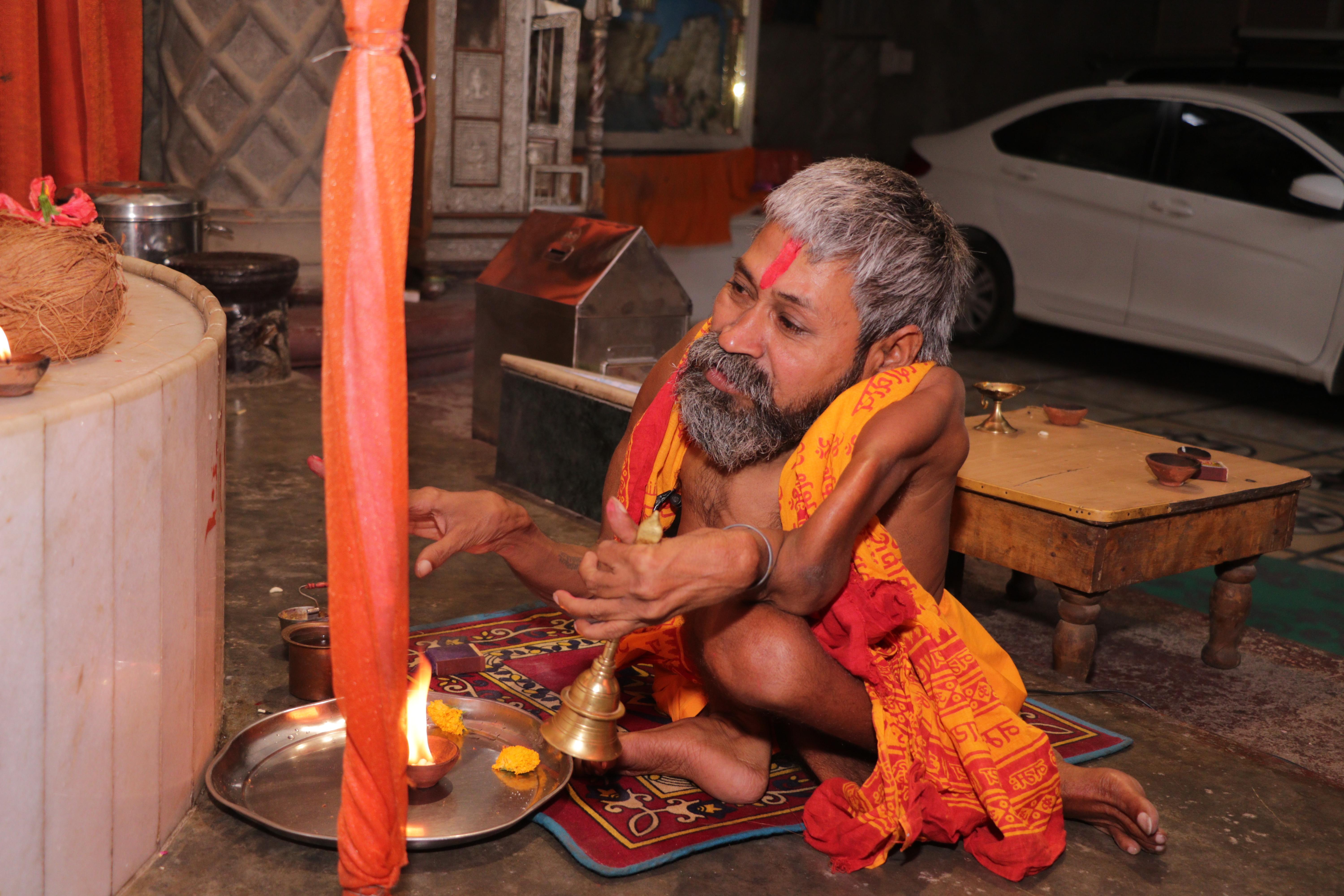 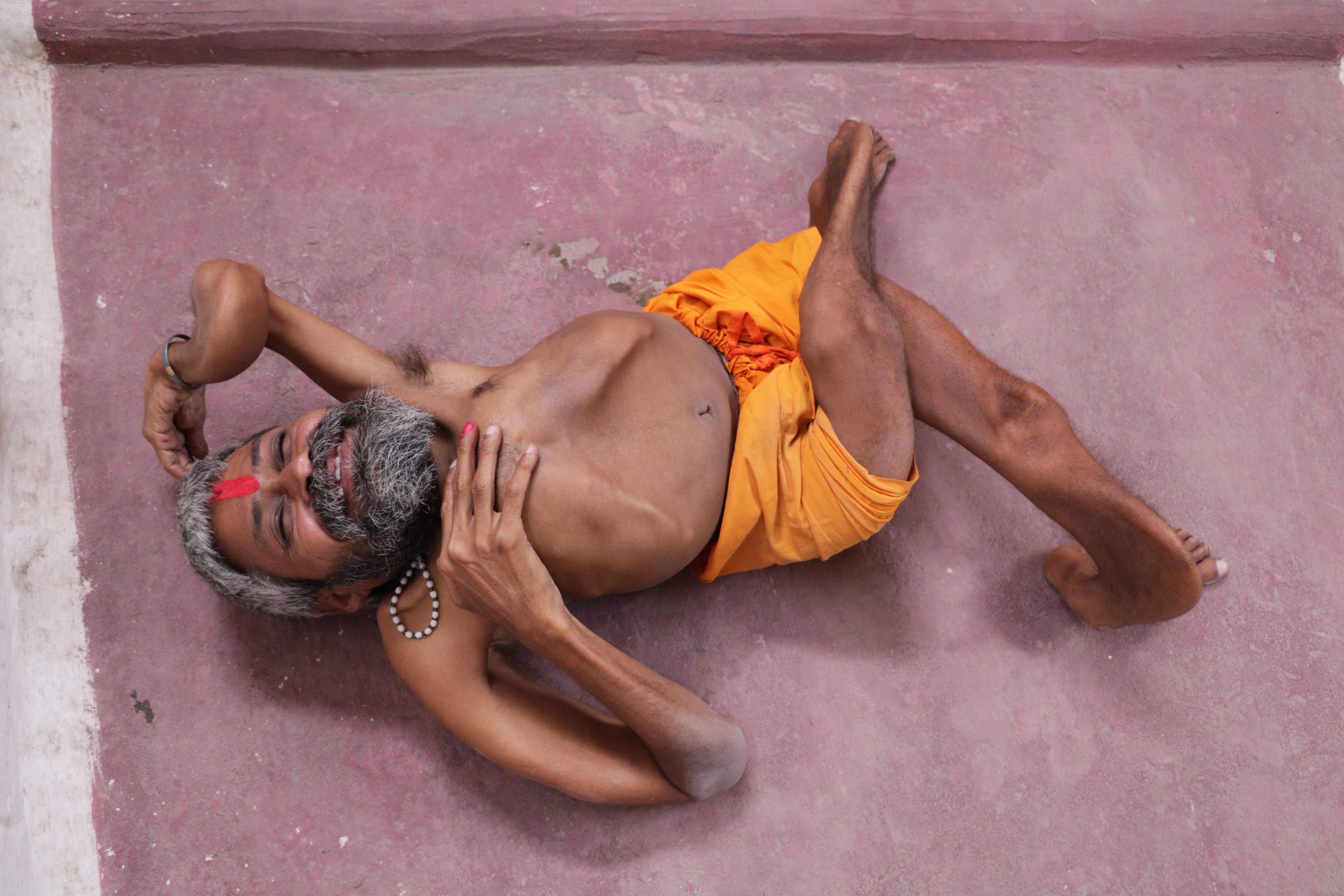 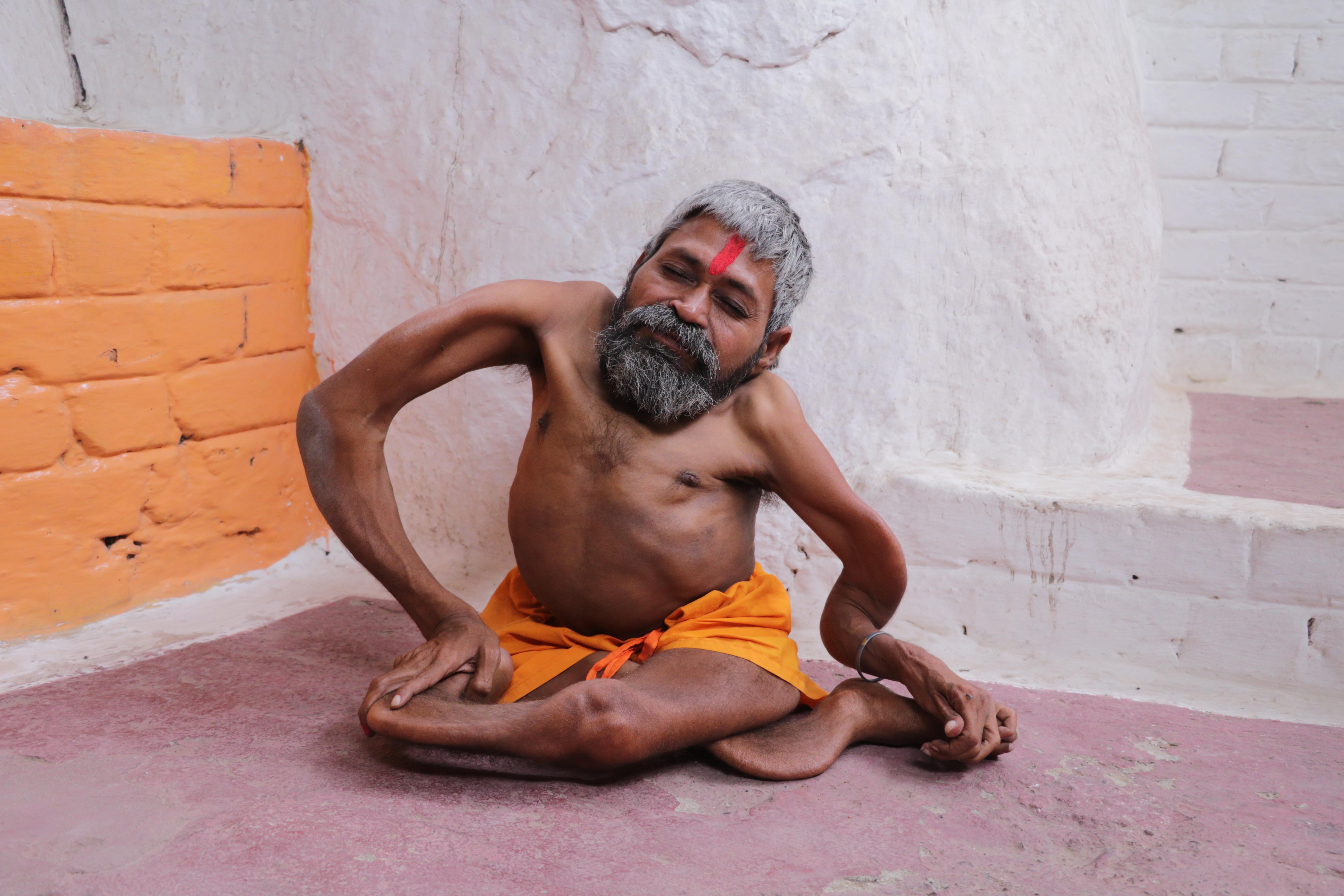 But Bharat seems more than content with his lot in life.

“I believe in God, and I bless everyone.

“I am happy that due to this condition people come to see me, and I am happy to bless them.