BRITS are braced for a weekend full of thunderstorms as motorways were forced to close yesterday due to flooding.

The Met Office forecasts cooler weather with storms continuing throughout the weekend. 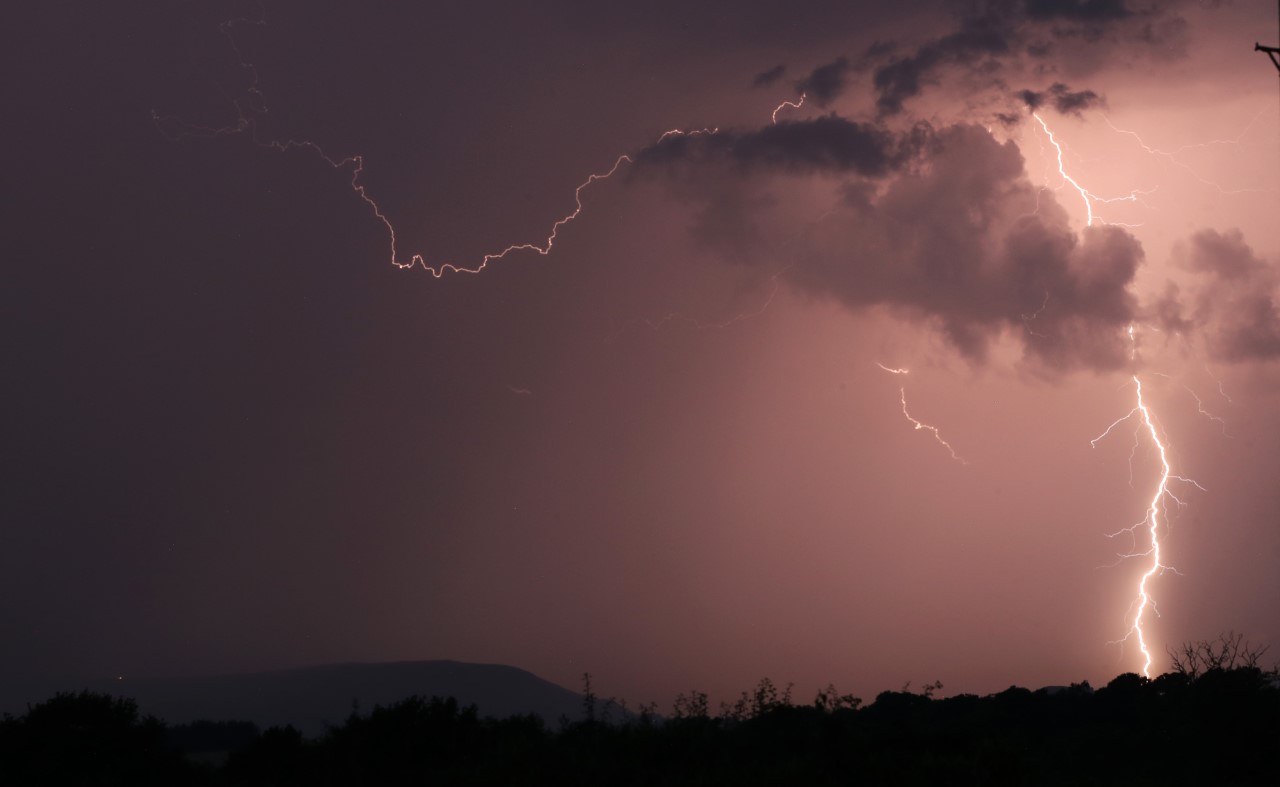 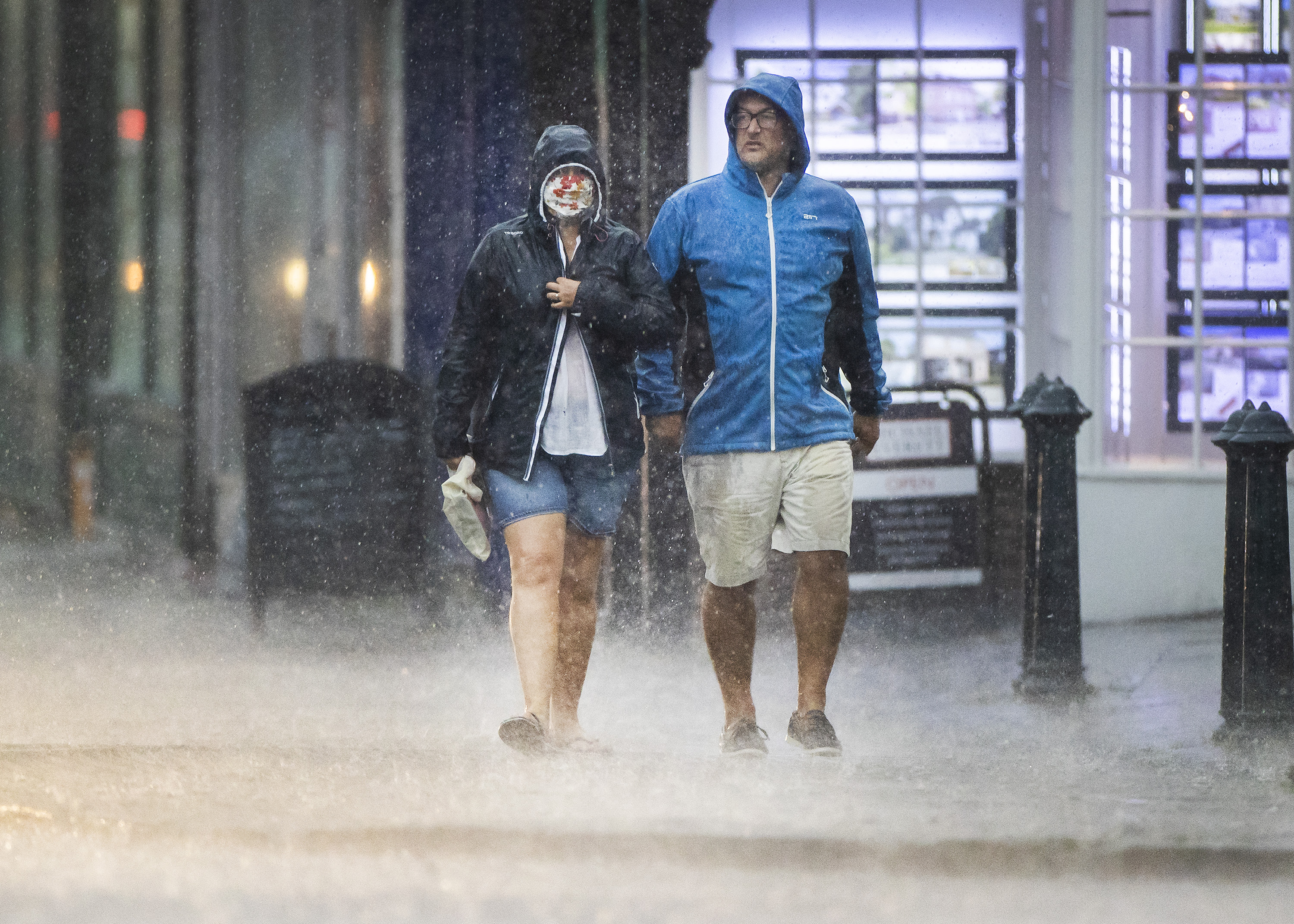 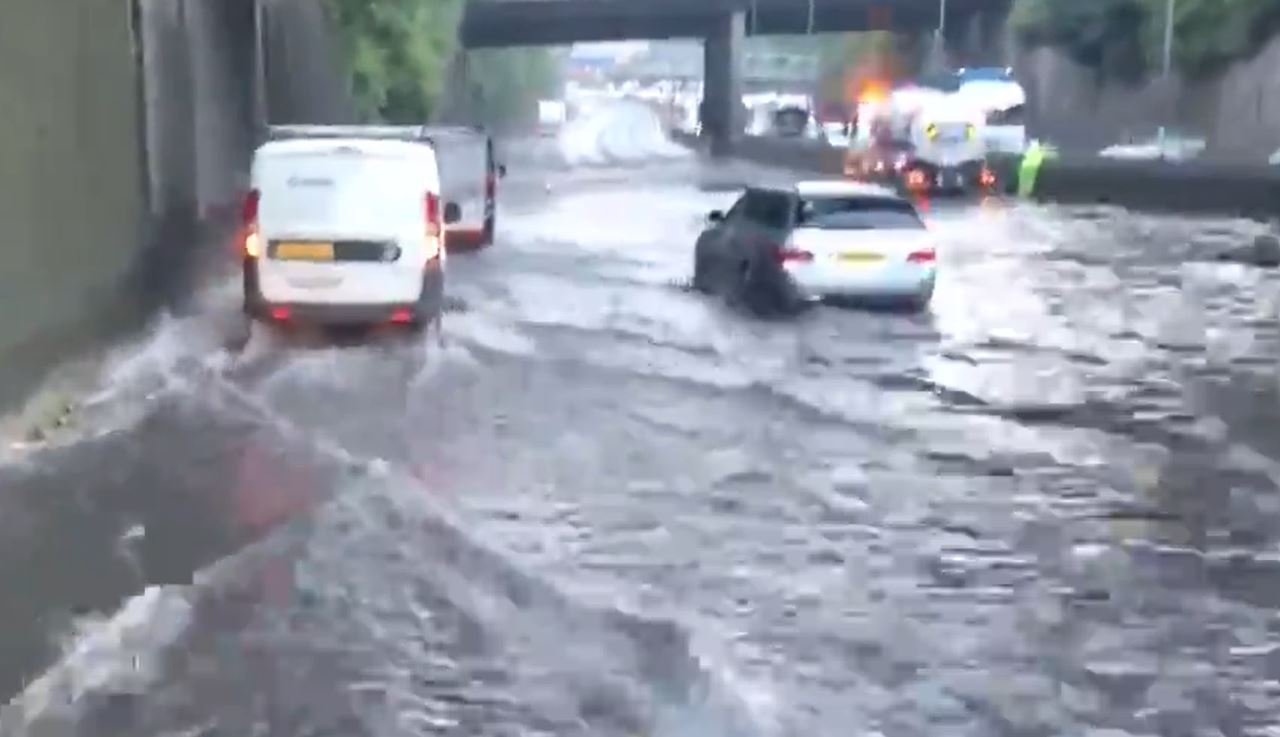 This morning will be cloudy for most parts of the UK with a risk of thunderstorms in the south.

There will be brighter skies in the northwest.

This weekend will see cooler temperatures than experienced over the last week with temperatures peaking in the mid-twenties.

Forecasters have issued storm warnings for much of England and Wales for the next four days.

Met Office chief meteorologist Paul Gundersen said: “The storms will be isolated but where they happen there will be frequent lightning, gusty winds and intense, heavy downpours.”

A woman from Gwersyllt, Wales managed to capture the moment a lightning bolt struck the top of her neighbour's house.

Donna Tizzard was filming the storm from her home when the fork of orange lightning ripped through the sky and hit the house opposite her.

There were seven flood warnings in place last night as rising rivers threatened homes and businesses. 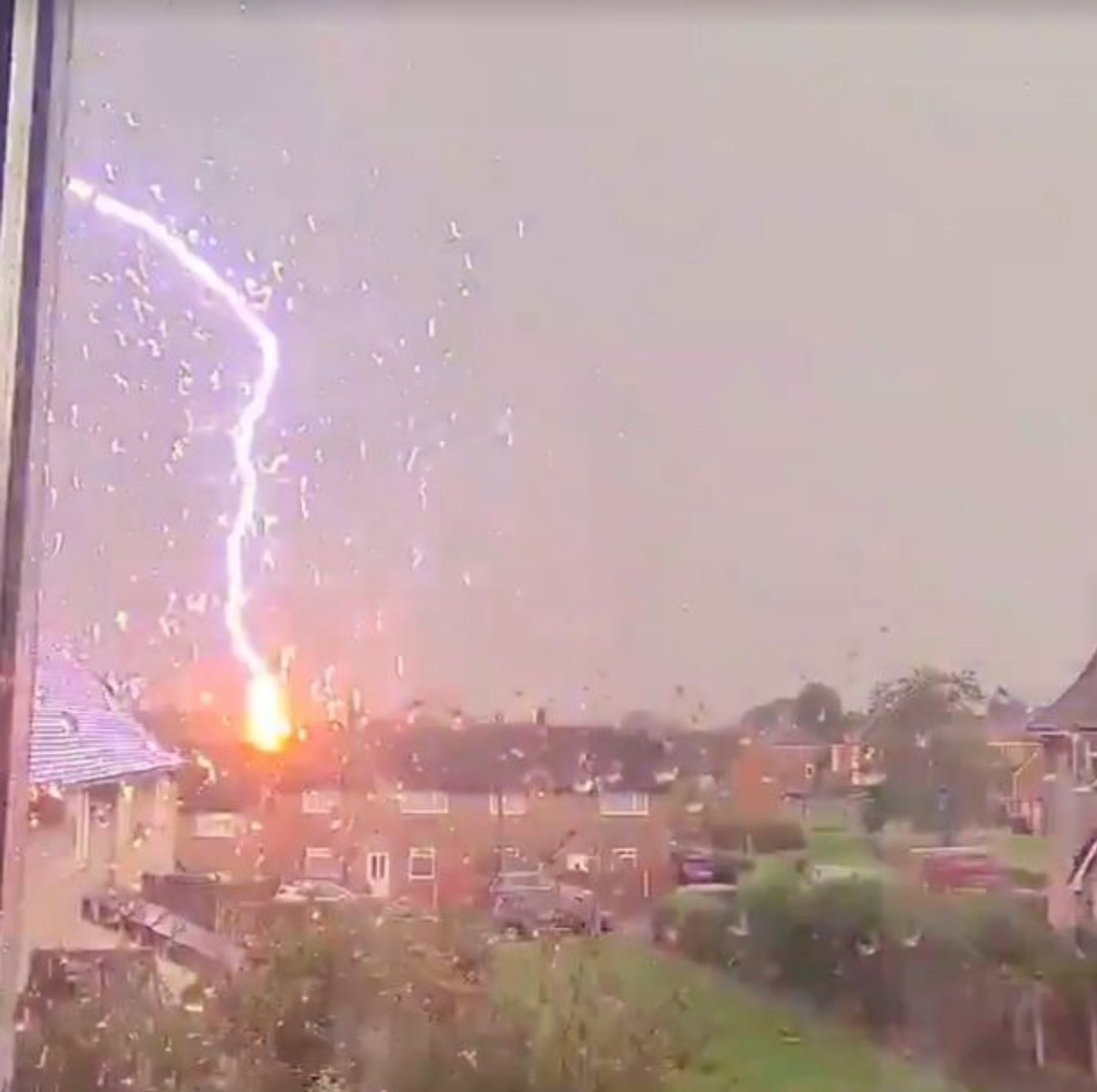 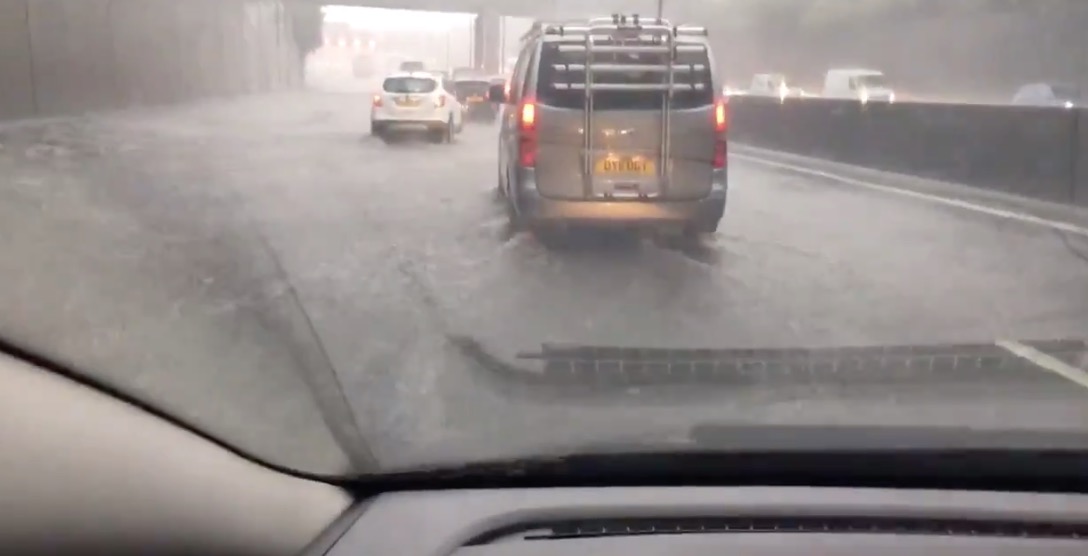 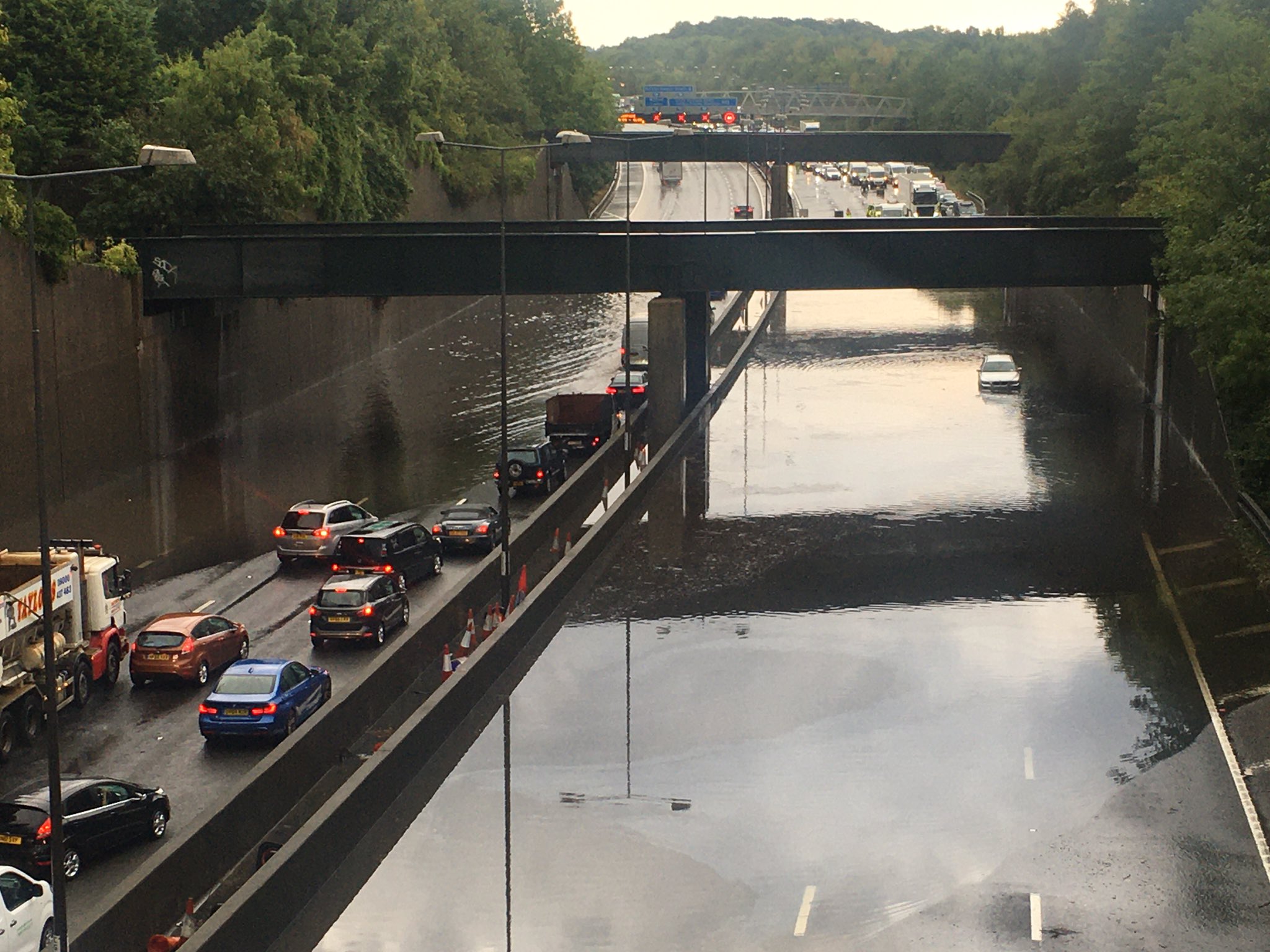 The M23 was also partially closed off due to flash flooding on the southbound route between J8 and J7.

The Environment Agency has five flood alerts posted for possible flooding in areas around Birmingham, while 17 flood alerts remain current across Scotland.

Flooding has been a serious issue in other parts of the UK.

The rainfall caused the Burrow Beck waterway in Scotforth, south Lancaster, to rise by almost a metre in less than three hours, the agency's flood risk manager Andy Brown said. 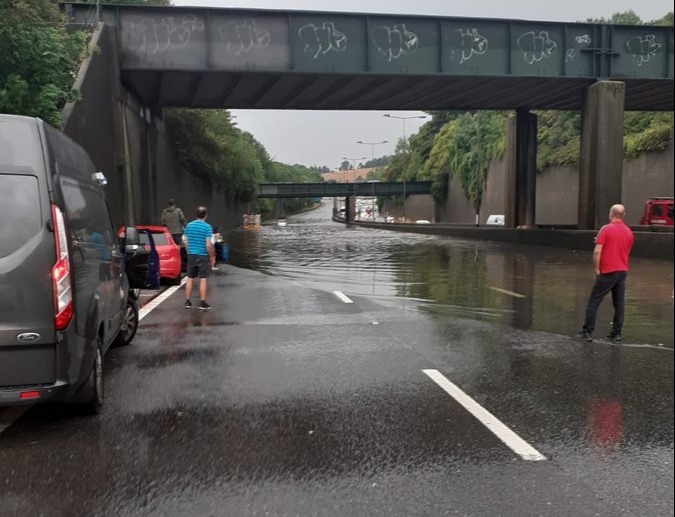 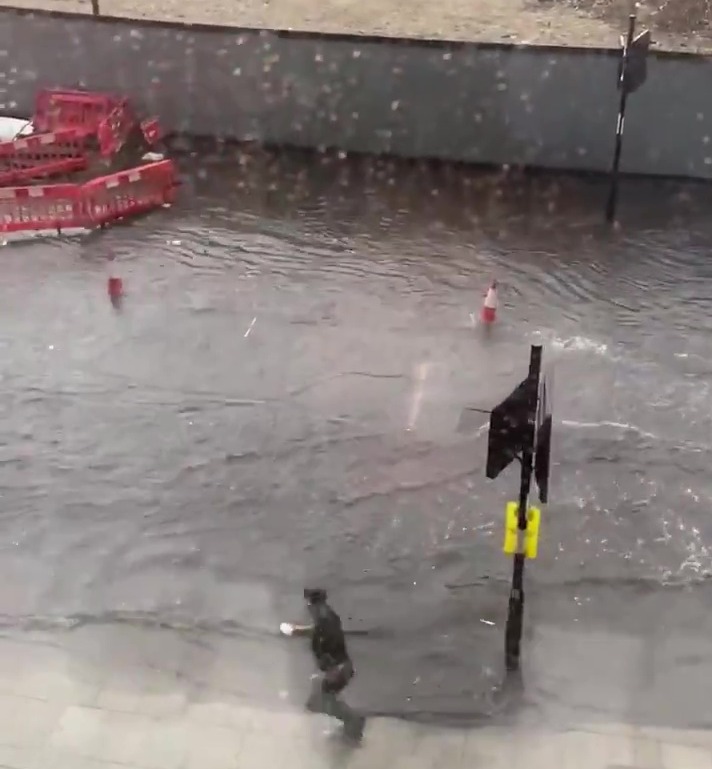 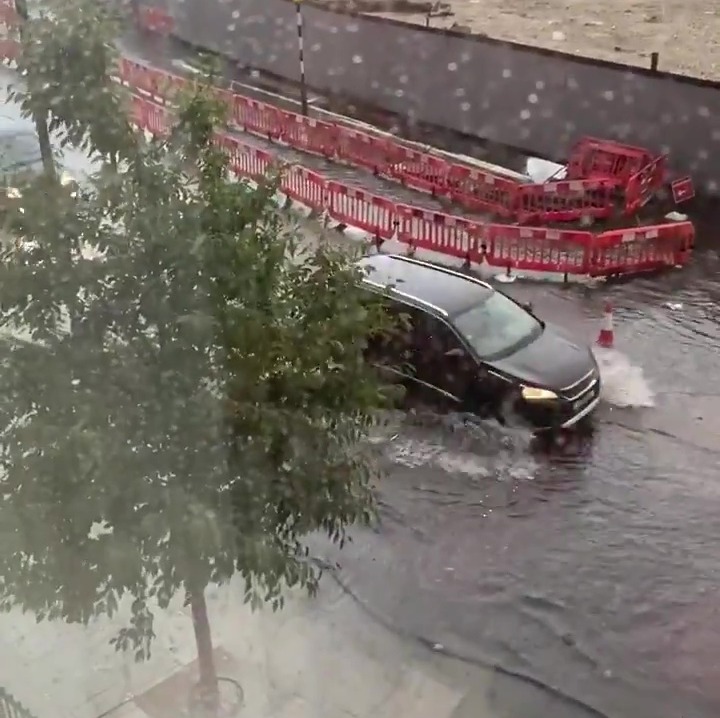 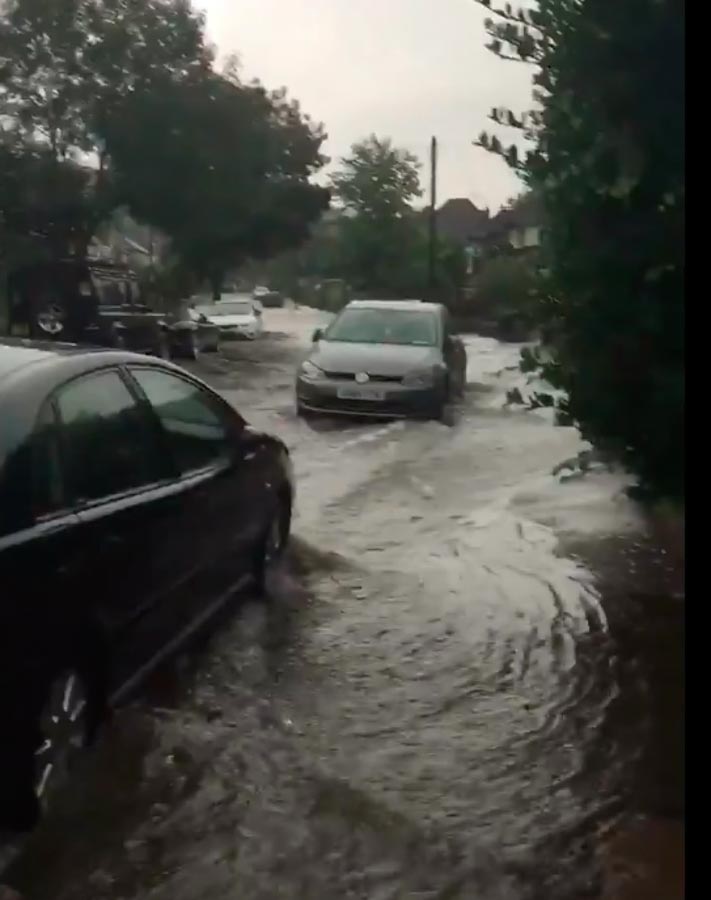 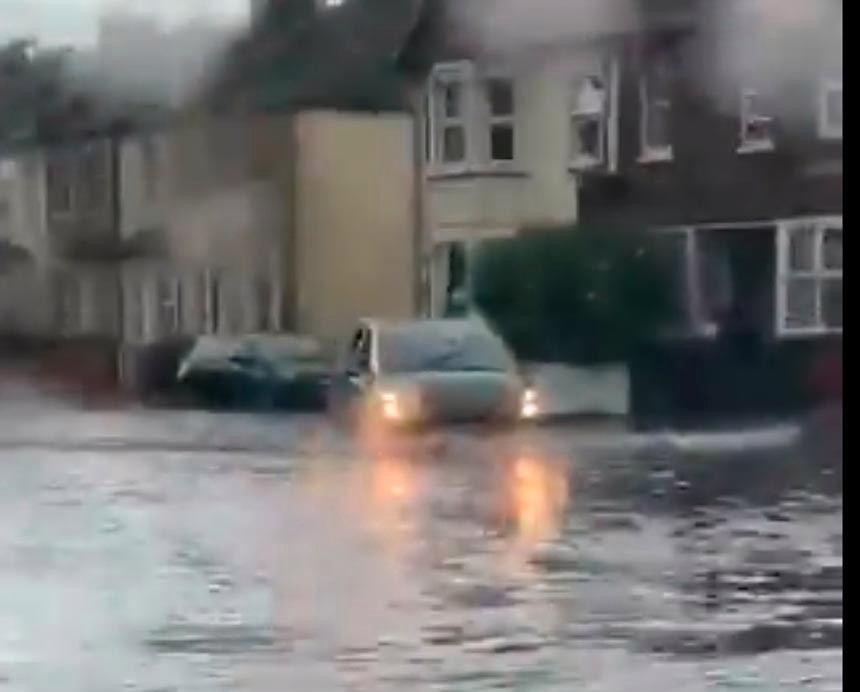 The rainfall caused the Burrow Beck waterway in Scotforth, south Lancaster, to rise by almost a metre in less than three hours, the agency's flood risk manager Andy Brown said.

Victoria Hospital Car Park in Kirkaldy, Fife, was left in ruin as cars parked overnight smashed into one another in the floods.

Staff from the hospital – which is still operating as normal – said their vehicles suffered extensive damage after being carried away by gallons of water.

On Wednesday night, the thunder and lightning was captured in Swansea, South Wales, the South Downs and Merseyside as storms battered Britain.

Wednesday, Britain hit a scorching 34C for the sixth day running today, the first time the milestone has been met in 60 years.

The Met Office said temperatures reached 34.6C in central London – marking the first time since at least 1961 that there had been six consecutive days of 34C and above.

Meanwhile, Hammersmith Bridge in London was closed with immediate effect yesterday after the heatwave caused cracks.

Safety inspectors found that cracks in the 133-year-old structure had worsened following the recent high temperatures.

Temperatures yesterday stayed high for coastal areas in the south which saw holidaymakers flock to catch some rays.

Sunbathers packed beaches in Dorset enjoying the last of the heatwave. 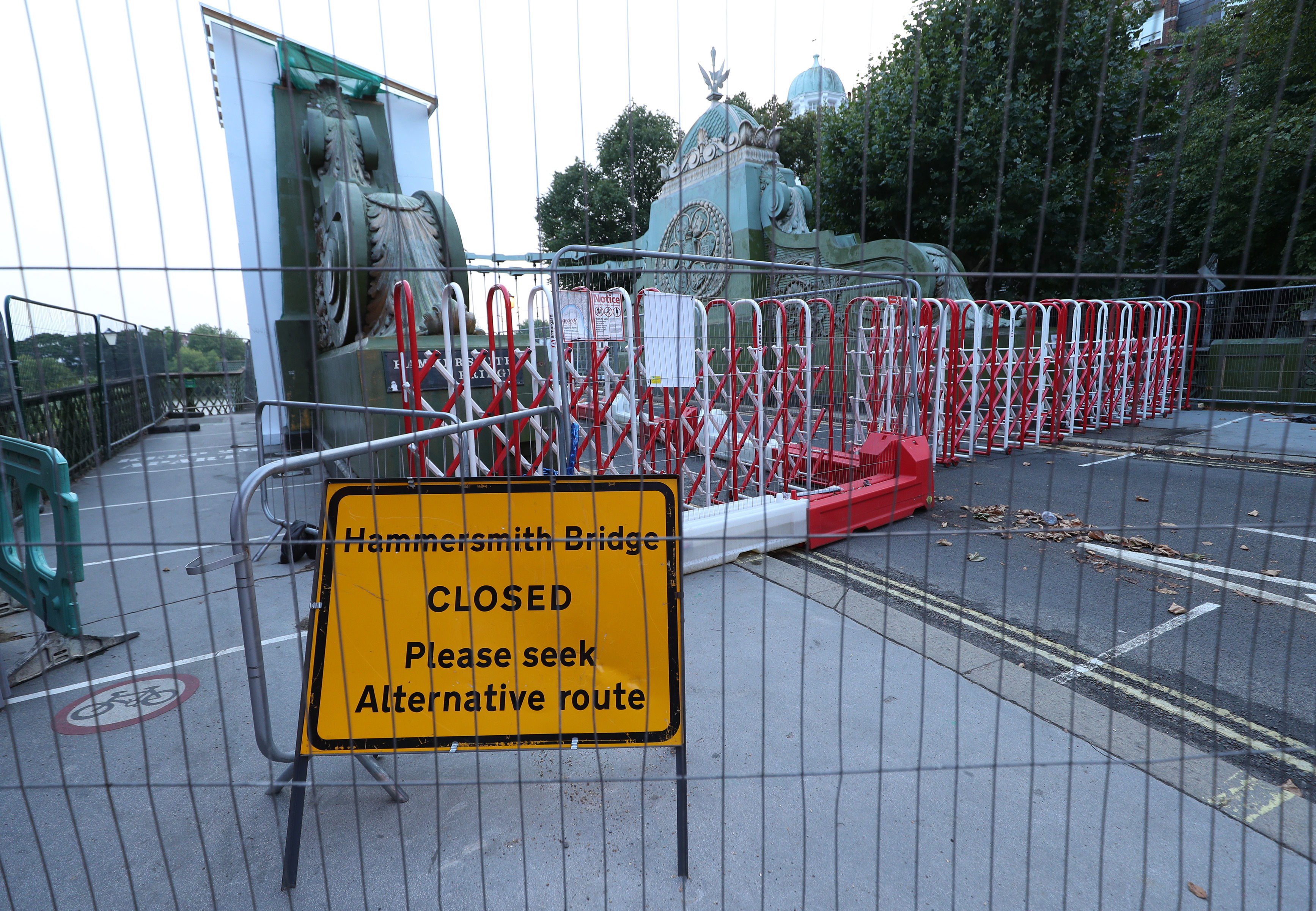 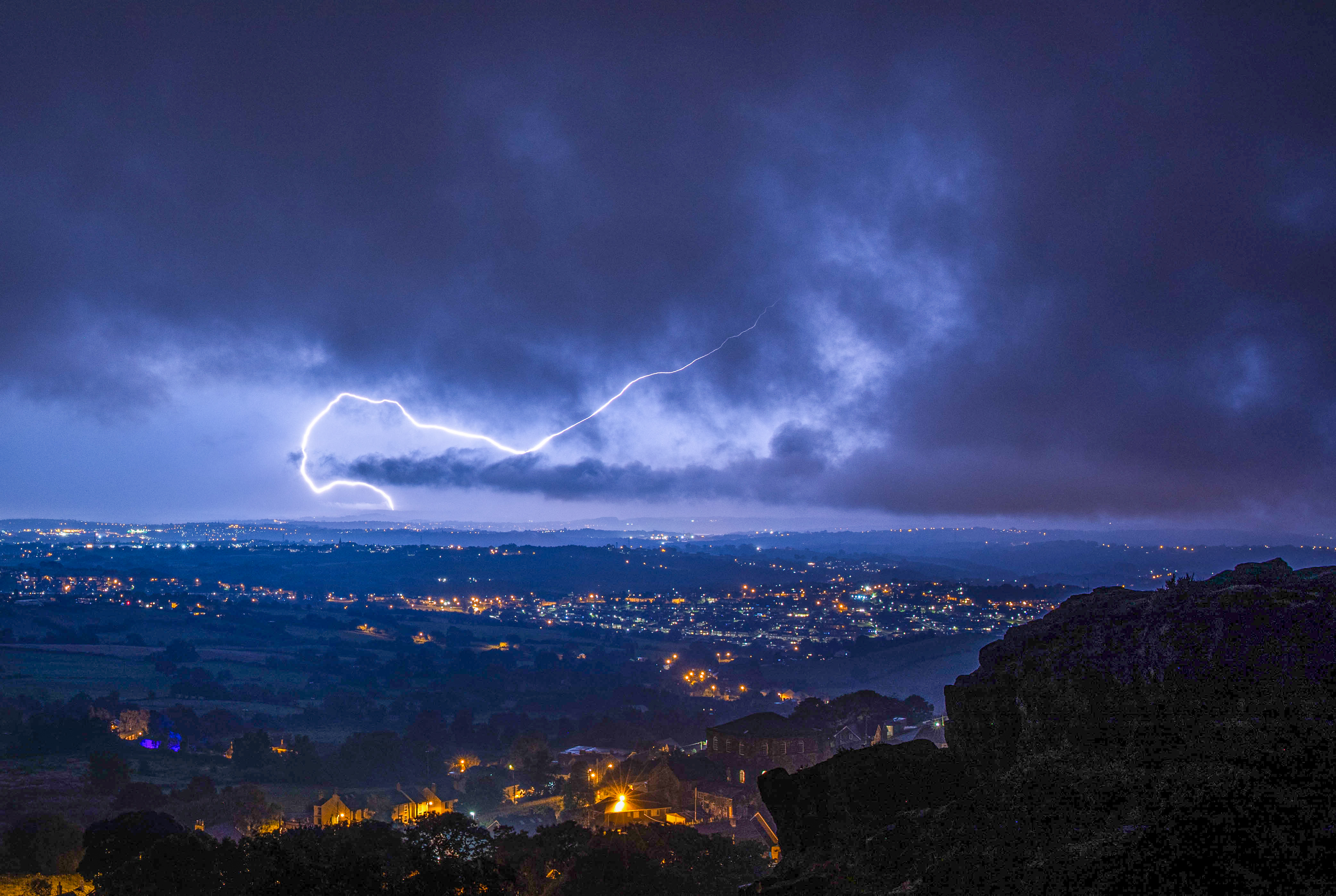 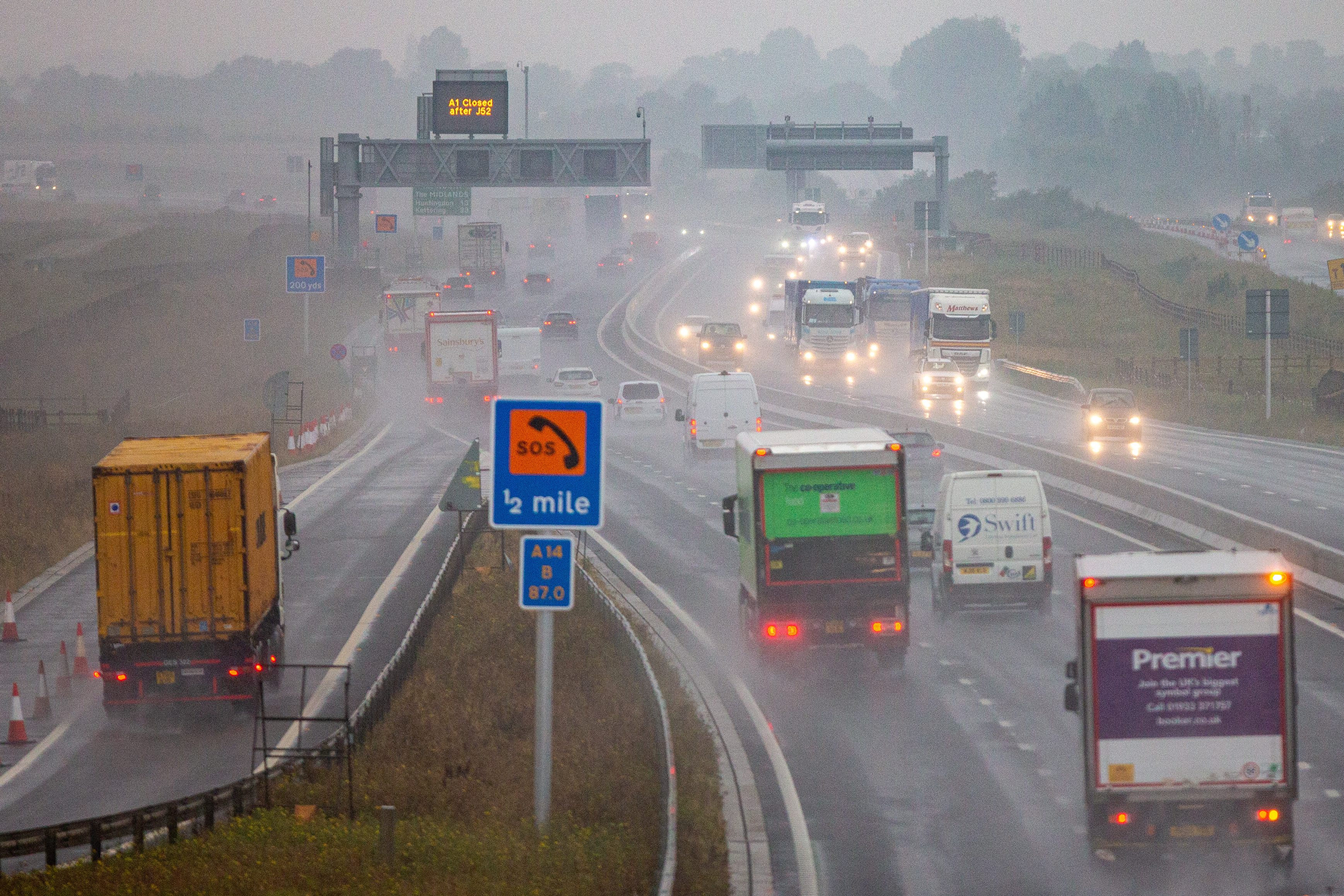 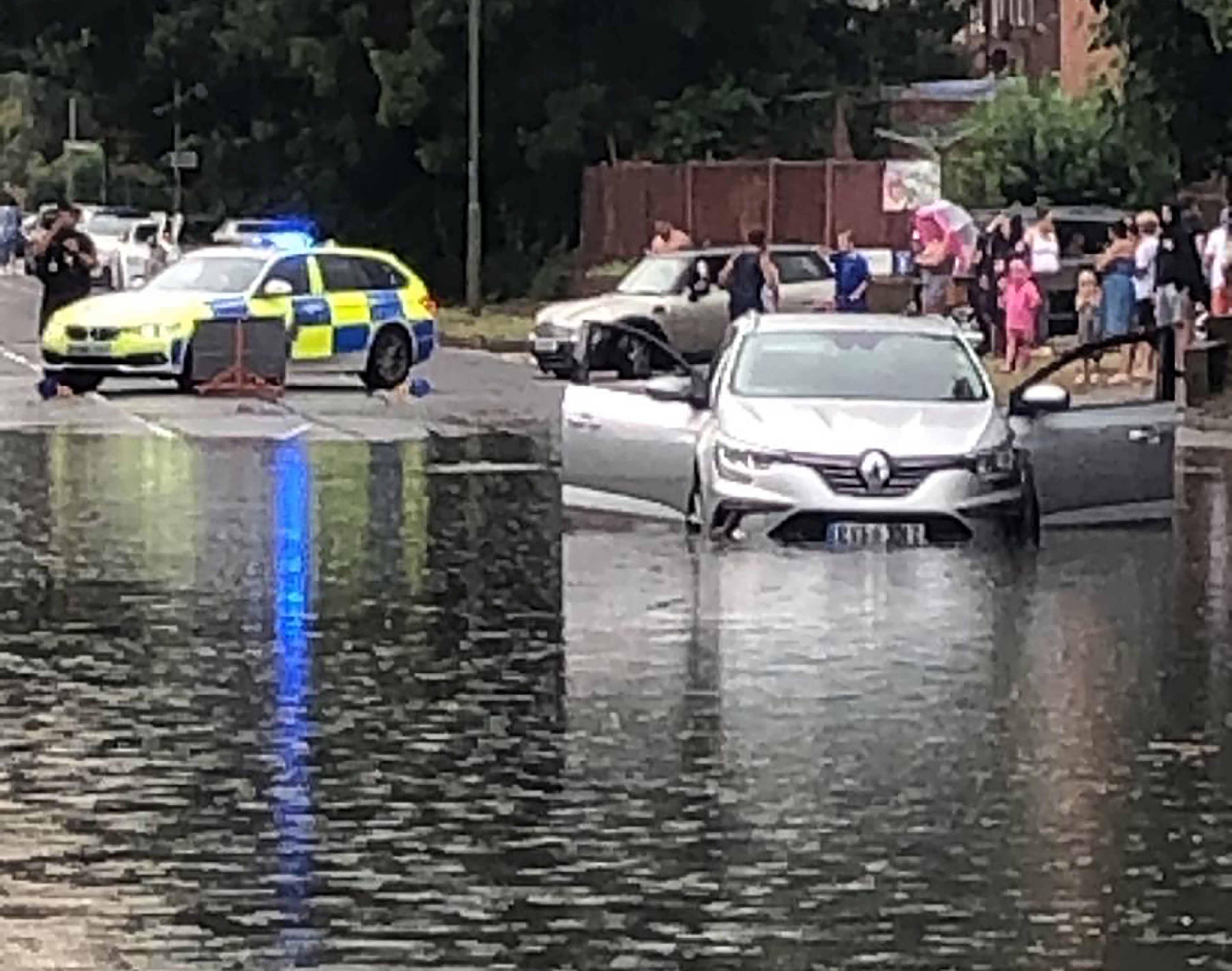 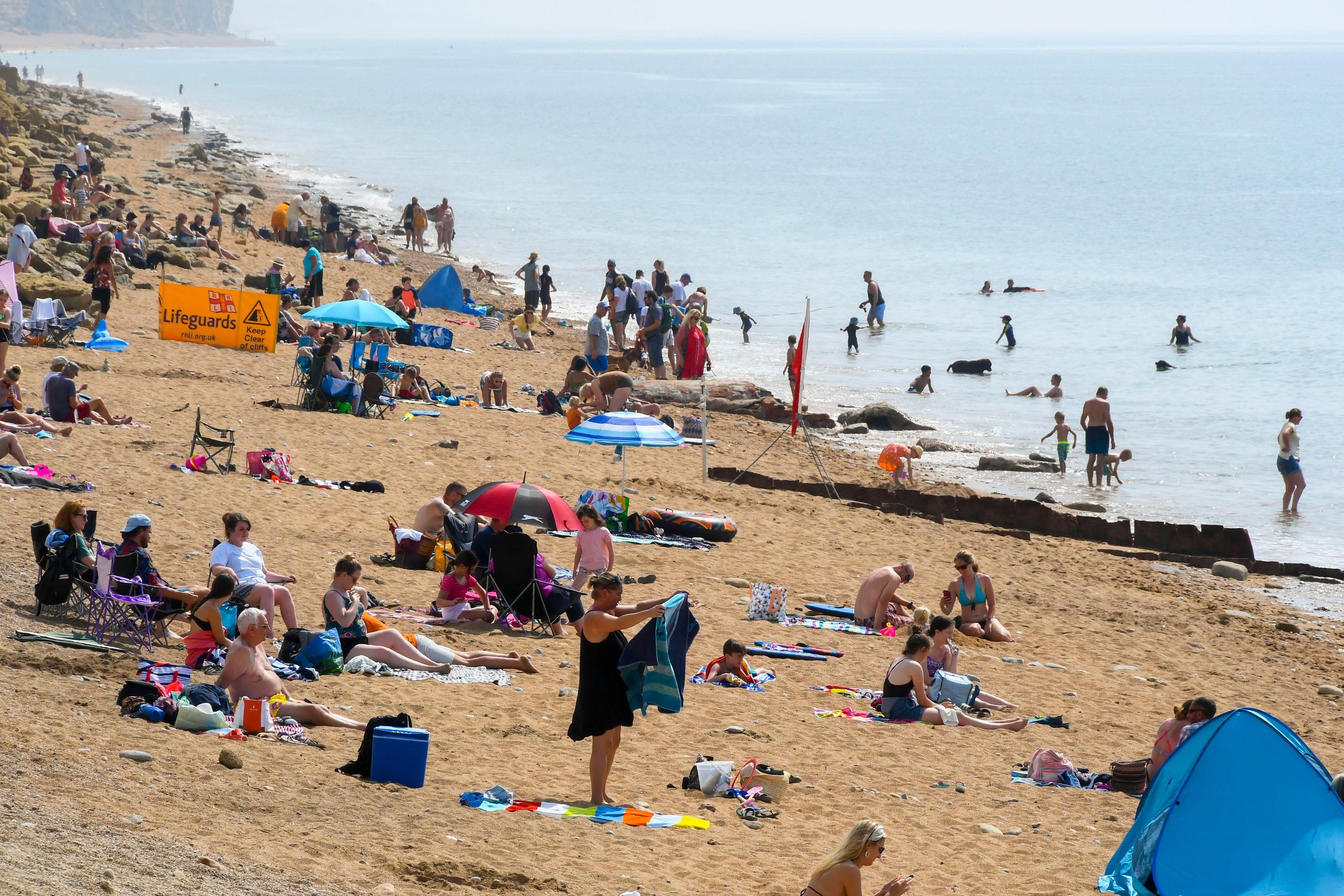 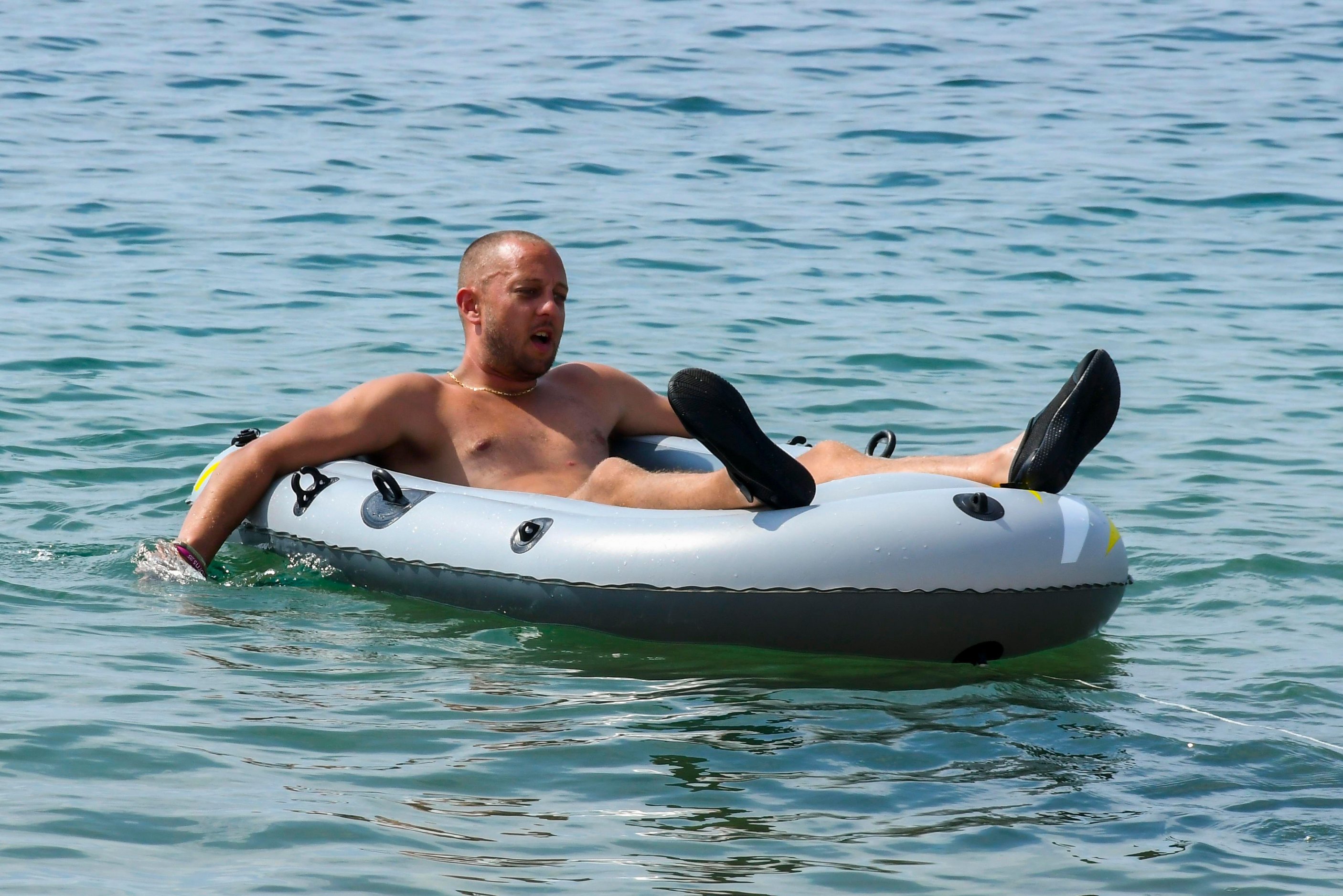