Unvaccinated people who catch Covid are up to 60 times more likely to end up in an intensive care ward than those who have been jabbed, startling figures reveal.

And the difference that vaccination makes to the chance of needing intensive care is starkest among older people – who are more likely to suffer serious Covid illness in the first place.

Figures from the Intensive Care National Audit and Research Centre (ICNARC), which covers units in England, Wales and Northern Ireland, show that between May and November the rate of admission for double-jabbed Covid sufferers in their 60s was just 0.6 cases per 100,000 people per week.

But among people of the same age who remained unvaccinated, the rate was 37.3 per 100,000 per week – equating to a relative risk about 60 times higher. 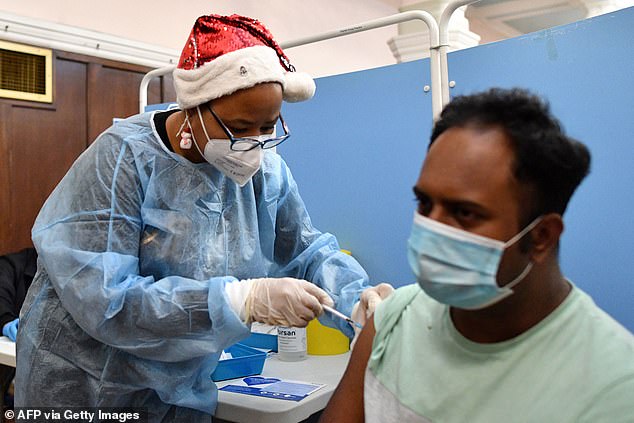 Unvaccinated people who catch Covid are up to 60 times more likely to end up in an intensive care ward than those who have been jabbed, startling figures reveal

Among those in their 50s and 70s there was almost a 30-fold difference in average weekly admission rates between the vaccinated and the unvaccinated.

In younger age groups the difference was lower but still marked – unvaccinated people in their 30s and 40s were between ten and 15 times more likely to end up in intensive care with Covid than those who had received their jabs.

Last night an intensive care consultant in London said the unvaccinated were putting ‘extra pressure’ on intensive care units (ICUs), which also care for people with a wide range of problems from accidents to medical emergencies.

The doctor, who wished to remain anonymous, said: ‘Their presence puts extra pressure on our service. If these people had been jabbed they would be enjoying their Christmas and not filling our wards.

‘The worry is more unvaccinated with Omicron coming through our doors.’

Even though people who have forsaken the jab make up only seven per cent of the country’s adult population, they are now responsible for the lion’s share of Covid admissions to ICUs.

Separately, a survey by the Intensive Care Society found that at least two-thirds of Covid patients were unvaccinated in 12 of 16 ICUs they asked.

At present, between 25 and 30 per cent of some 800 intensive care beds in London’s hospitals are filled by Covid patients, which is thought to be slightly higher than the national average.

Last week Health Secretary Sajid Javid urged unvaccinated people to ‘think about the damage that they are doing to society’. 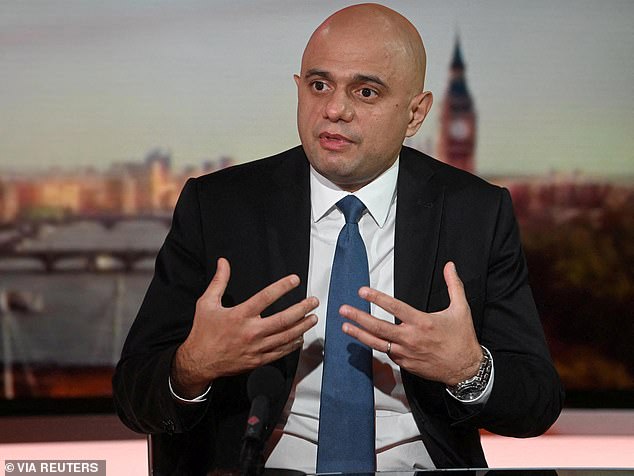 He told Sky News: ‘They take up hospital beds that could have been used for someone with maybe a heart problem, or maybe someone who’s waiting for surgery. But instead of protecting themselves and protecting the community, they choose not to get vaccinated.’

The consultant said despite Omicron being less likely on average to cause serious illness than Delta, there was nothing ‘mild’ about it for those who did need hospital treatment.

‘Those who end up in hospital after catching the variant are ‘quite unwell and many need oxygen continuously through a mask’, he said.

‘People should know that having to be admitted to hospital with Omicron means they are seriously ill,’ he added ‘These people are quite sick and some of them have reached intensive care.

‘But even being on a general ward with this mutation requires a lot of treatment to get people better again. Typically, they are going to be in hospital for a couple of weeks.

‘So my message to anyone who thinks it’s not worth getting vaccinated or is not fully protected, is to get jabbed because you could be one of those who ends up spending weeks in hospital.’