Finance student, 22, is spared jail for filming up three women’s skirts on Tube escalators and is not put on sex offenders register because offences came before change in the law

A finance student who filmed up women’s skirts on the Tube has been spared jail and will not be put on the sex offenders register.

Kalvin Patel Martin, 22, preyed on three victims as they stood in front of him on the escalators at Victoria, Bond Street and Oxford Circus stations on August 10, 2018.

He was only caught when a passenger spotted his phone veering towards the skirt of one of the victims.

Upskirting did not become a criminal offence until 2019 so Martin was charged at the time with outraging public decency. 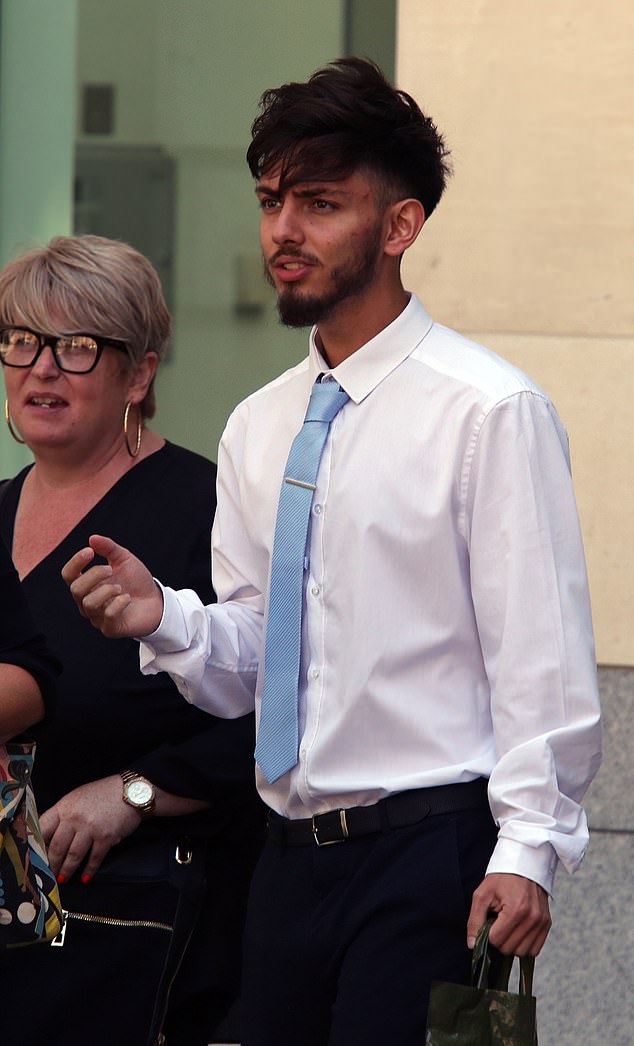 Kalvin Patel Martin, 22, filmed up women’s skirts on the Tube but has been spared jail and will not be put on the sex offenders register

‘He was witnessed by another person to be standing very close to a female with his mobile phone, upskirting her basically.

‘He is arrested then de-arrested and reported for the offence.

‘Six months later he attends an interview and his phone is seized and on the phone there are three incidents of upskirting.

‘The first one is at London Victoria station where he started recording a female’s legs on the escalator. She had bare legs and was wearing a short black dress.

‘He filmed up her skirt and bottom and that can be seen on the video for a few seconds. 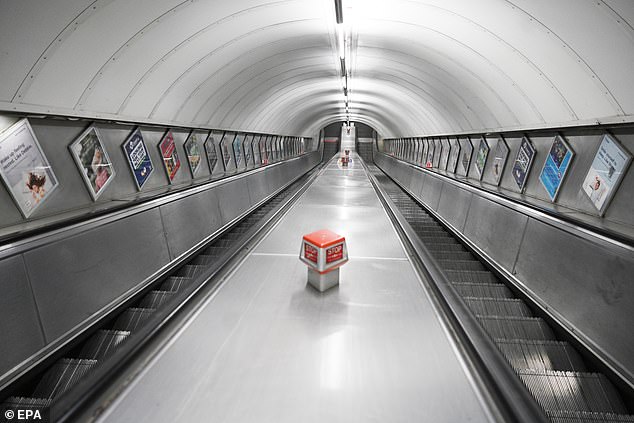 The finance student preyed on three victims as they stood in front of him on the escalators at Victoria, Bond Street and Oxford Circus stations on August 10, 2018

‘He has been interviewed twice and he admits it was wrong. He is not charged now with the new legislation (of upskirting) as in 2018 it was still the outraging public decency offence.’

Magistrate Ian Cole asked: ‘Is there a requirement to go on the sex offenders register?’

Mel Kelemework, defending, said: ‘Not in this case, but there is now legislation in force under which he would.

‘He is a young man, he has a level two and three in ICT business finance and accounting. He knows he is lucky this doesn’t lead to a notification requirement.’

Mr Cole told Martin: ‘For the three charges of outraging public decency you will receive a community order for a period of 24 months.’

He was handed a 24-month community order in which he will have to complete a 100-day programme, 20-day rehabilitation requirement and pay £170.

Upskirting: The criminal offence that only came into force in April 2019

Upskirting became a specific criminal offence in England and Wales in April 2019 following a high-profile campaign.

The law came into force following a drive led by 27-year-old writer Gina Martin, who spent 18 months fighting to make the craze a specific offence after two men took a picture up her skirt at a festival in 2017.

Here are some of the key questions surrounding the issue:

The definition is applied to the invasive practice of taking an image or video up somebody’s clothing in order to see their genitals or underwear.

While the vast majority of known cases involve men targeting women, the roles can be reversed.

Data obtained by the Press Association shows children as young as seven have reported being victims of the cruel craze.

Up until Friday, there was no specific upskirting offence in England and Wales.

But haven’t people been convicted of upskirting?

While Scotland has had its own law on upskirting for almost a decade, the law elsewhere in Britain had not adapted to advances in technology.

Previously, anyone in England and Wales who fell victim to the cruel craze could explore possible convictions for the likes of voyeurism, public disorder or indecency.

But campaigners said this was inadequate because criteria for a conviction down these channels – such as the incident being witnessed by other people – is not always available.

Why could campaigner Gina Martin not prosecute in 2017 when she was upskirted at a festival?

Before it was made a criminal offence, the men who upskirted Ms Martin could have potentially been prosecuted for outraging public decency.

The problem was that this was not appropriate. There are two primary reasons for this.

First, the offence of outraging public decency does not apply in all instances of upskirting. This means that women are not protected in all circumstances.

Second, the offence of outraging public decency is inappropriate as it fails to reflect the sexual nature of the offence and/or the fact that the harm is caused to the individual (rather than the public).

What does the new law say?

The Voyeurism Act allows upskirting to be treated as a sexual offence and ensure that the most serious offenders are placed on the sex offenders’ register.

It will capture instances where the purpose is to obtain sexual gratification or cause humiliation, distress or alarm.

What sort of sentence could a convicted upskirter receive?

A conviction at magistrates’ court would carry a sentence of up to one year in prison and/or a fine.

A more serious offence, tried in the crown court, would carry a sentence of up to two years in prison.

Police were able to arrest people on suspicion of upskirting from April 2019.

What about pictures or images taken before the law came into force?

That said, older images could still fall foul of other laws, such as outraging public decency.