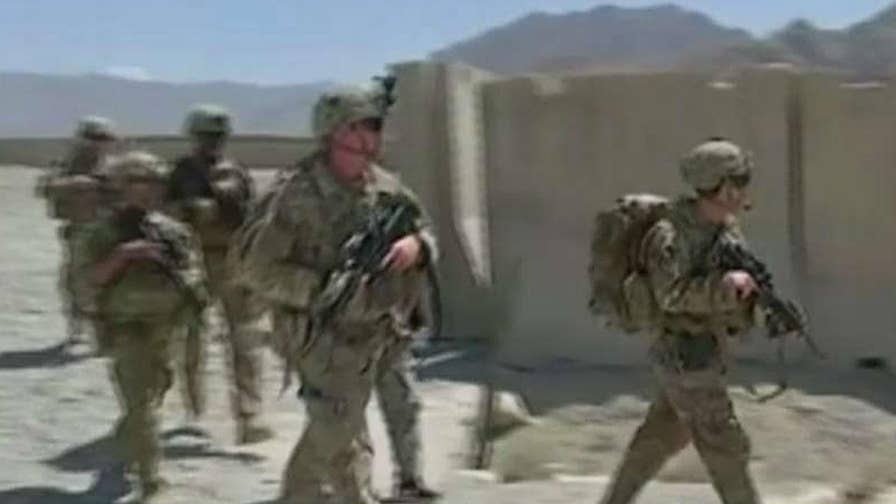 Insider attack kills one wounds another in Afghanistan

U.S. service member apparently killed by the very same Afghan forces he was there to train; Lucas Tomlinson reports for 'Special Report.'

A U.S. service member was killed and another was wounded during an apparent "insider attack" in eastern Afghanistan on Monday, according to a statement from U.S. Forces Afghanistan.

It’s the second time in two months that a U.S. service member was killed apparently by the very same Afghan forces he was there to train. Six U.S. troops have been killed in Afghanistan this year.

"The sacrifice of our service member, who volunteered for a mission to Afghanistan to protect his country, is a tragic loss for all who knew and all who will now never know him," Resolute Support and U.S. Forces Afghanistan Commanding General Scott Miller said in a statement. "Our duty now is to honor him, care for his family and continue our mission."

The service member who was wounded in the attack is in stable condition, U.S. Forces Afghanistan said. The name of the fallen service member will be released "24 hours after next of kin notification," officials added.

The death came one day after a new U.S. commander for all American and allied forces in Afghanistan took over. The commander, Gen. Scott Miller, is the former head of Joint Special Operations Command (JSOC), responsible for leading elite commando units such as the Army’s Delta Force, SEAL Team Six and the 75th Ranger Regiment.

Britain’s defense minister echoed that point on a recent visit to Afghanistan — as he warned of the ever-growing threat from the Islamic State. "We are seeing that terrorist groups operating here in Afghanistan, evidence of their links back not just to the United Kingdom but to the whole of continental Europe," British Defense Secretary Gavin Williamson said during the recent visit. 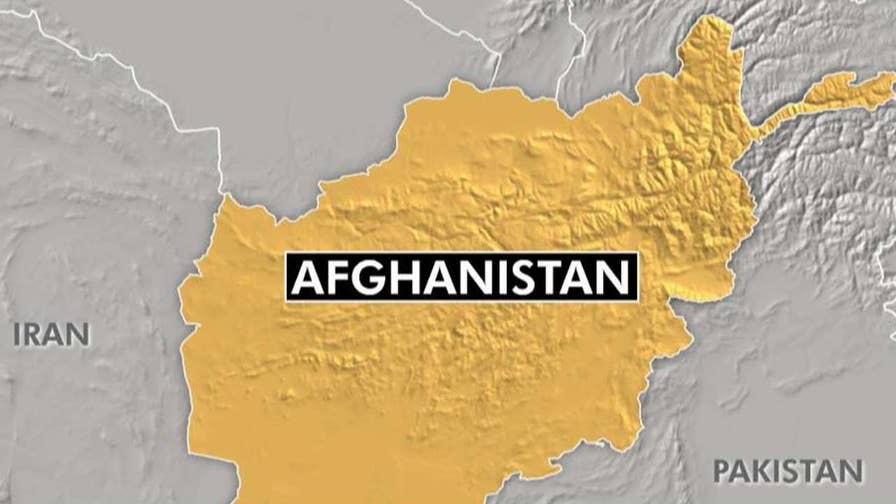 Some 15,000 American troops remain in Afghanistan, down from a high over 100,000 during the Obama administration.

Last week, the U.S. military’s top officer said the reduction marked a new strategy put in place by President Trump a year ago.

"I certainly don’t expect that the current forces that we have in Afghanistan represents an enduring large military commitment," Gen. Joseph F. Dunford, Jr., chairman of the Joint Chiefs of Staff, said last week during a briefing with reporters at the Pentagon.

The Pentagon said Sunday it killed the head of ISIS in Afghanistan in a drone strike late last month.

This year, the U.S. military has dropped more than 3,500 bombs across Afghanistan, about double the number for the same period a year ago, and more than five times the number from the first half of 2016.

Lucas Tomlinson is the Pentagon and State Department producer for Fox News Channel. You can follow him on Twitter: @LucasFoxNews