A TEACHER was reportedly fired because she was eight months pregnant and unmarried, just days after her colleagues at the Catholic middle school threw her a baby shower.

Michelle Gabriel, who was formerly the director of Maryknoll Middle School, had worked there for 16 years when she was abruptly asked to leave, Hawaii News Now reported. 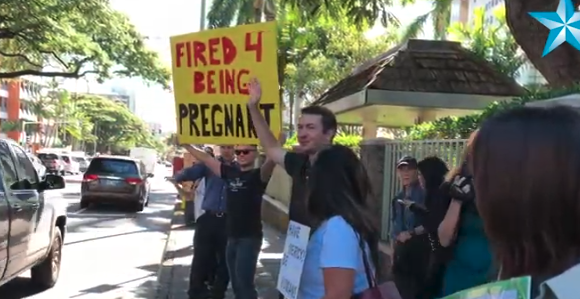 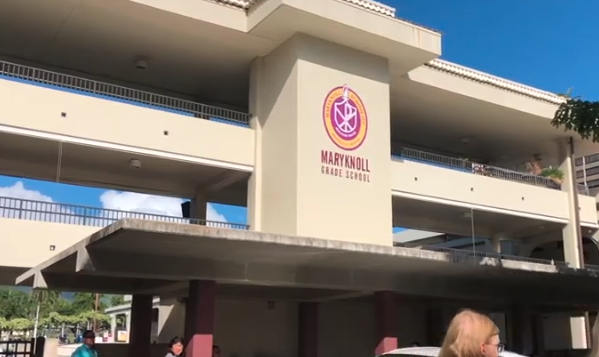 Gabriel had alerted the Hawaii school when she was four months pregnant, and toward the end of January, her colleagues threw her a baby shower.

Days after the party — and just weeks before she was due to have the baby — Gabriel was asked to step down from her position because she was pregnant and not married, a family friend claimed to Hawaii News Now.

She disappeared from the school in January with little explanation, several students told the Honolulu Star-Advertiser.

The school’s decision to fire Gabriel sparked outrage in some community members.

Around two dozen people protested the pregnant teacher’s dismissal from the school this week, including fellow alumni, students, and strangers.

Protesters held signs in front of the school, speaking out against the actions they deemed unfair.

Another said: “HAVE MERCY! BE HUMAN!" 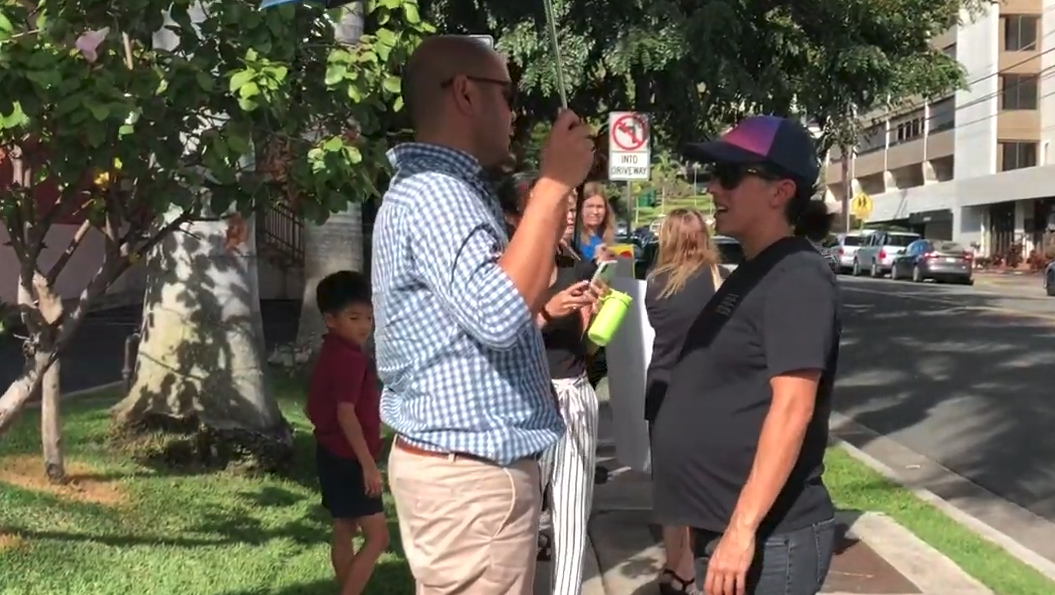 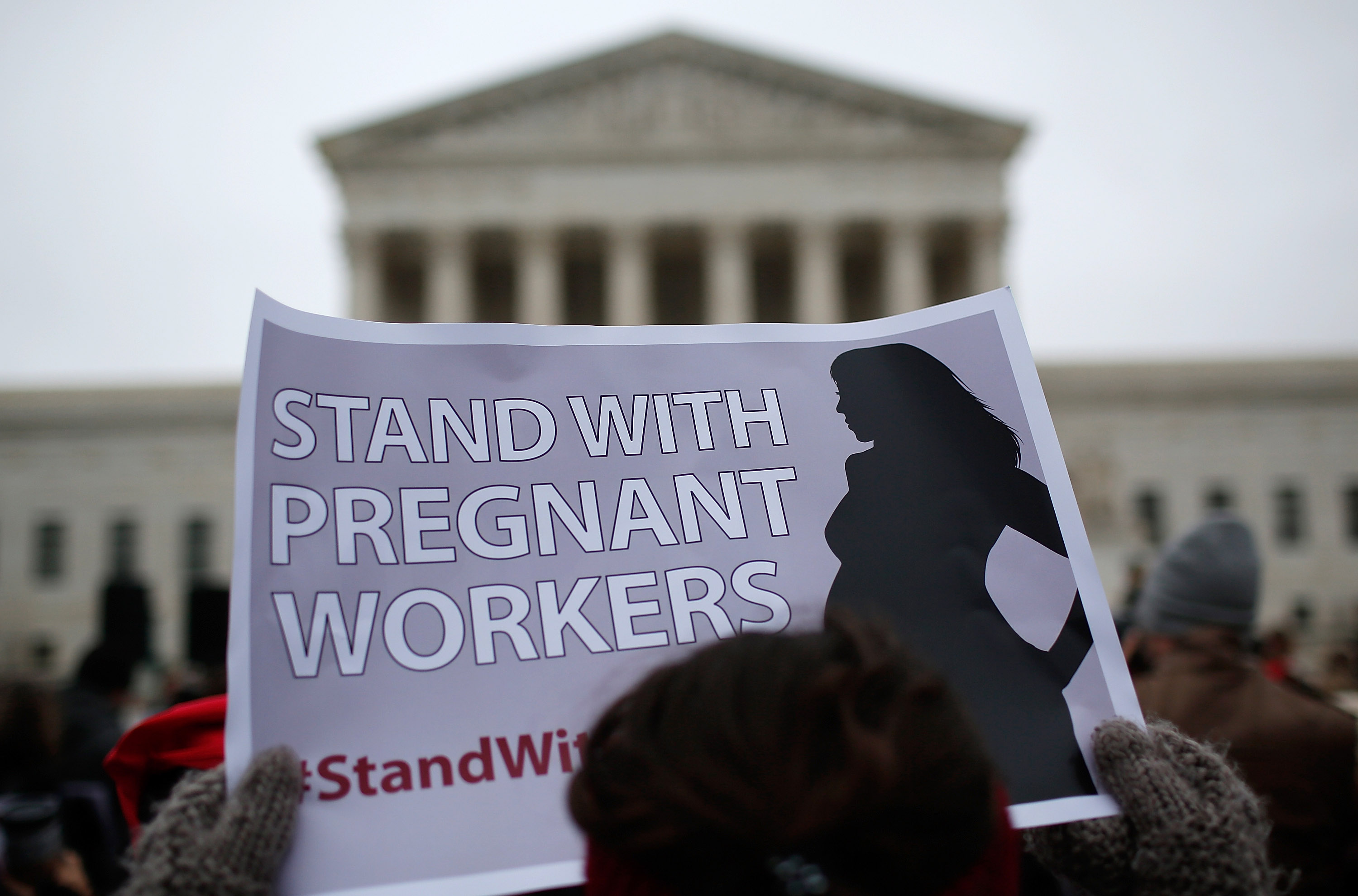 “My role is just to support my friend Michelle,” Deputy public defender Merlinda Gama told the Star Advertiser at the protest.

“We’re quite sad to hear… and disheartened to hear what’s going on in this Maryknoll community, with the priest firing or letting go a person that is eight months pregnant and unmarried — because she is unmarried.

The school acknowledged Gabriel’s leaving her position at the school in a statement to the Honolulu Star-Advertiser.

“We understand there are people who are upset over the departure of Ms. Gabriel. Ms. Gabriel chose to leave by agreement and was represented by counsel in making that decision,” Fr. EJ Resinto — pastor, Sacred Heart Church & Maryknoll School and Maryknoll School Administration said in a statement.

“We remain grateful for her many years of service and wish her all the best in her future endeavors.”

Despite the dismissal that some have deemed unfair and called discrimination, it does not appear to be against the law.

The U.S. Supreme Court ruled unanimously in 2012 that in religious organizations, discrimination laws in America do not apply, the Honolulu Star-Advertiser reported.