Venezuela lops five zeroes off its bolivar bank notes as part of economic reforms that will raise minimum wage by 3,000 per cent and increase petrol prices as socialist regime tries to curb rampant hyperinflation

Venezuela is poised to launch a new currency that will lop five zeroes off the old one as President Nicolas Maduro tries to get to grips with the country’s spiralling economic crisis.

Banks across the country closed on Monday ahead of the launch of the ‘sovereign bolivar’, which will be issued on Tuesday.

Maduro also plans to raise minimum wage by 3,000 per cent and raise petrol prices, which are currently the cheapest in the world, in line with other countries to tackle smuggling.

However, economists have warned the measures amount to little more than a face-lift and do nothing to tackle the underlying problems that have crippled the country’s economy. 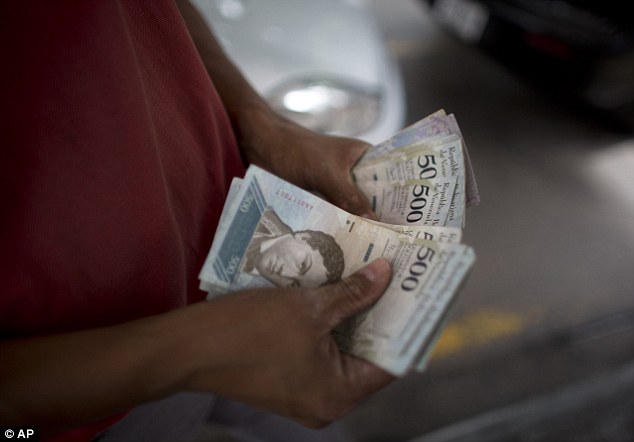 Venezuelan banks closed on Monday to prepare for the launch of a new currency, the sovereign bolivar, which will come into effect on Tuesday after the old one became worthless 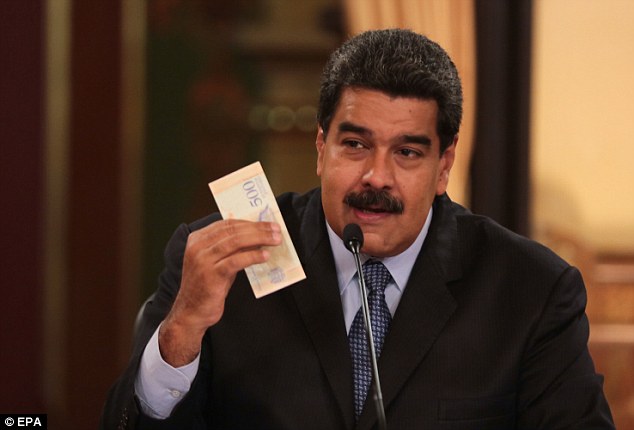 Chief among those problems is plunging oil production, which formed the bedrock of the economy and is now at its lowest level since 1947.

Opposition leaders have called for a nationwide strike and protest on Tuesday amid renewed fury at Maduro and his ruling socialist party.

Mass demonstrations have not taken place in Venezuela for the best part of a year after they were banned by the government.

Venezuelans spent the weekend stocking up on basic supplies at markets across the country, fearful that the sudden reforms will only make things worse.

However many shops remained closed as traders were unsure of what prices to set for their goods.

Inflation in Venezuela could hit 1million per cent this year, according to the International Monetary Fund, and has made paper money effectively worthless. 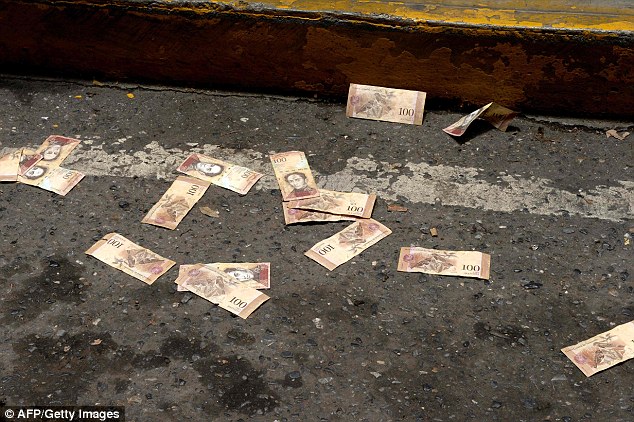 The largest Venezuelan bank note is currently 100,000 bolivars but a cup of coffee costs 2million, making paper money effectively worthless (pictured, money on the streets of Caracas after it was thrown at police by protesting medical workers) 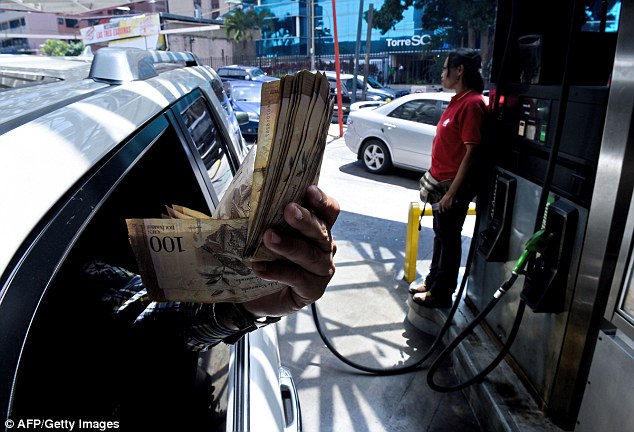 Maduro also wants to raise gas prices, which are currently the cheapest in the world, to tackle smuggling and raise the minimum wage by 3,000 per cent

The largest current paper note is the 100,000 bolivar note, but it is worth just 3 cents at the black market rate.

A single cup of coffee costs more than 2million bolivars, though that amount is increasing every day.

The new currency will have two coins and paper notes ranging from 2 up to 500.

The lowest represents the buying power of 200,000 current bolivars while the highest stands in for 50 million.

The old and new currencies will remain in circulation together during a transitional period.

The government made a similar move in 2008, when then-President Hugo Chavez issued new currency that eliminated three zeros to combat soaring inflation.

Maduro also announced Friday a more-than-3,000 percent leap in the minimum wage, though it is unclear when that change will come in.

Adding to confusion, Maduro said he wants to peg wages, prices and pensions to the petro – a cryptocurrency announced in February but which has yet to start circulating.

He said one petro would equal $60, with the goal of moving toward a single floating exchange rate in the future tied to the digital currency. 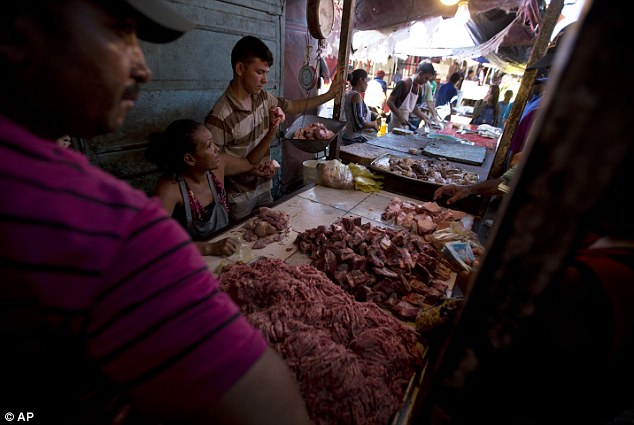 Venezuelans spent the weekend stocking up on basic supplies, fearful that the start of the new currency on Tuesday will worsen food shortages 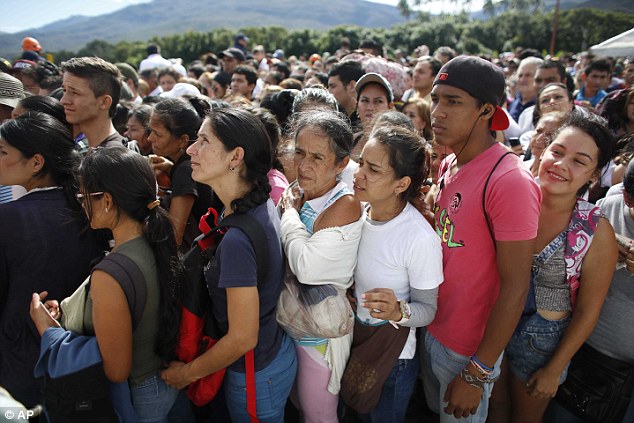 ‘The next few days will be very confusing for both consumers and the private sector, especially commercial retailers,’ said Asdrubal Oliveros, director of Caracas-based Ecoanalitica. ‘It’s a chaotic scenario.’

A coalition of opposition leaders and union officials said Sunday they are calling for a strike and protest on Tuesday.

‘The measures announced on Friday are not any economic recovery plan for the country,’ opposition leader Andres Velasquez said.

Business owners say they fear the sudden wage hike would make them unable to pay employees without sharply increasing prices, despite Maduro’s call to help small and mid-sized businesses for the first three months.

Jesus Pacheco, who employs six people at his butcher shop in Caracas, said Sunday that he may have no option but to let go some of his employees to stay in business. He expects the slaughterhouse prices will go up for him.

‘You’re going to buy products, and they’re more expensive,’ Pacheco said. ‘We are going to have to fire employees. What else can you do?’