An FDNY firefighter was knocked unconscious when an air conditioner fell from a window and struck him in the head while he was battling a Brooklyn blaze on Monday morning, sources said.

The shocking incident took place outside a home in Bensonhurst and sent the smoke eater from Ladder 172 to the hospital where he was in serious condition, according to FDNY sources.

The firefighter was among 106 members of the FDNY who fought the two-alarm blaze that broke out just before 9 a.m. at a house on 85th Street near 20th Avenue, authorities and sources said.

Video obtained by The Post shows the moment the firefighter was pummeled by the window AC as he walked down the driveway of the two-story home.

A loud crash can be heard in the video, before the AC unit strikes the firefighter, knocking him to the ground.

Fellow bravest could be seen rushing to the man’s aid, with one screaming, “medic!,” according to the footage.

The firefighter was taken to Lutheran Hospital for treatment, sources said. 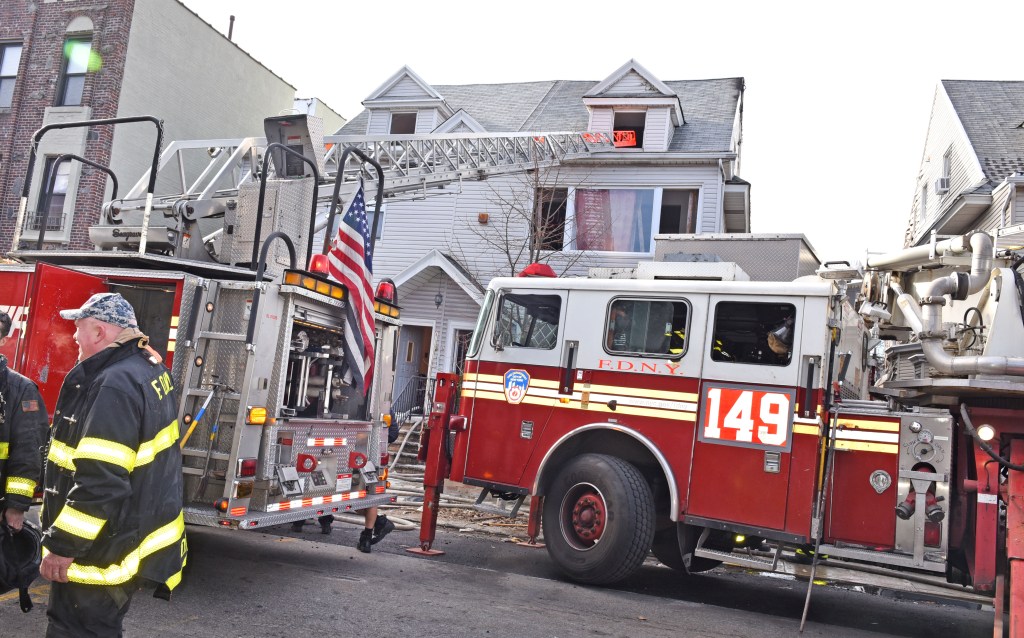 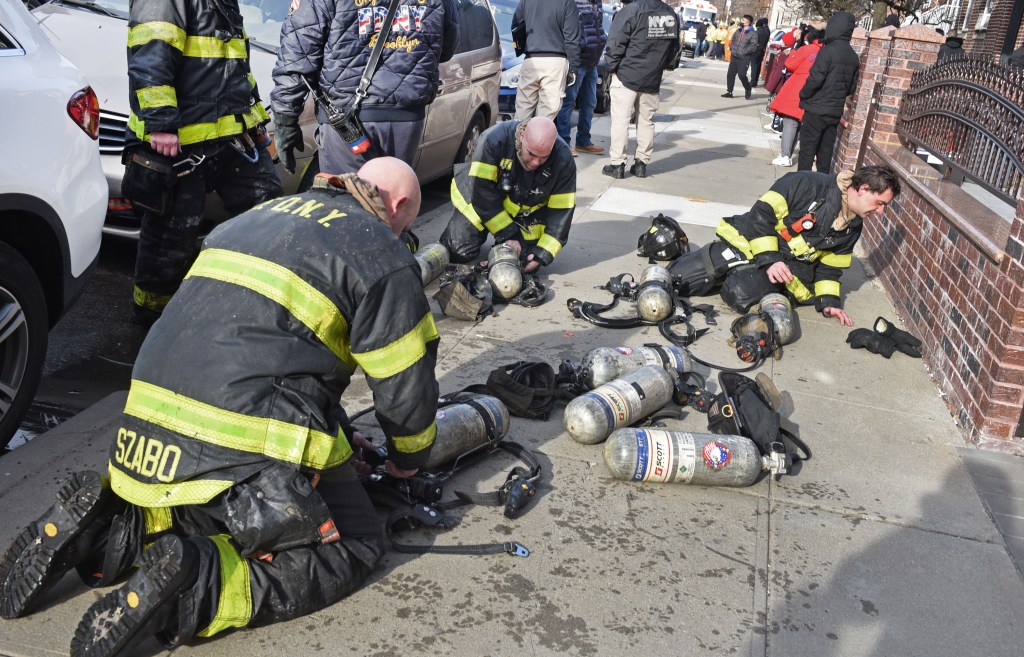 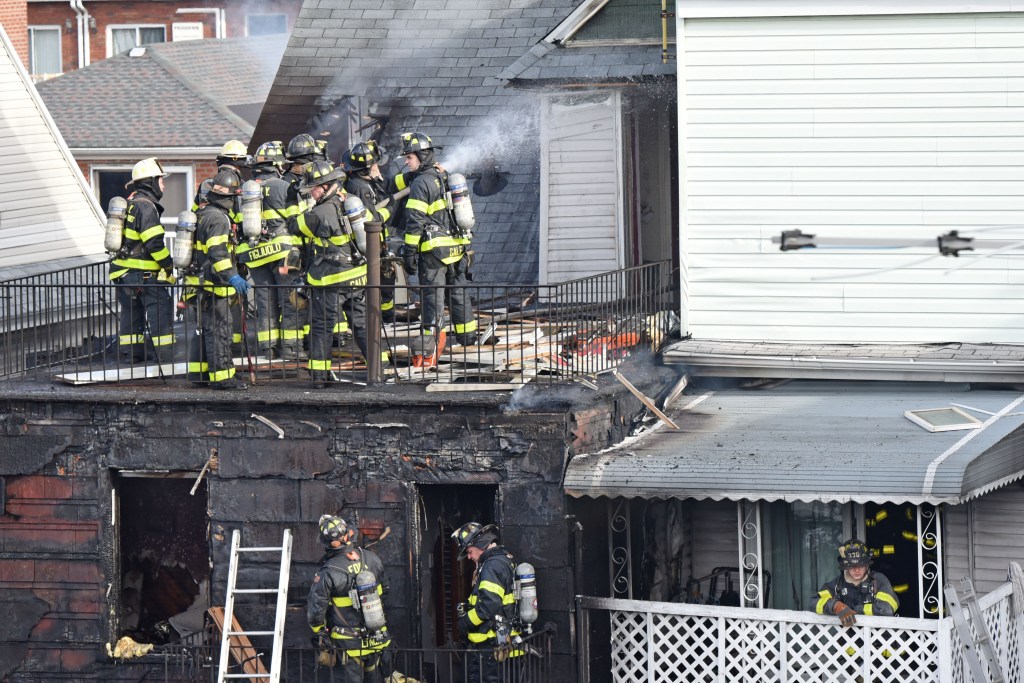