RUSSIAN President Vladimir Putin is set to self-isolate after a member of his entourage tested positive for coronavirus, the Kremlin has announced.

Yesterday, the Kremlin leader met with Syrian President Bashar Assad and also attended military drills with his defence minister and a general. 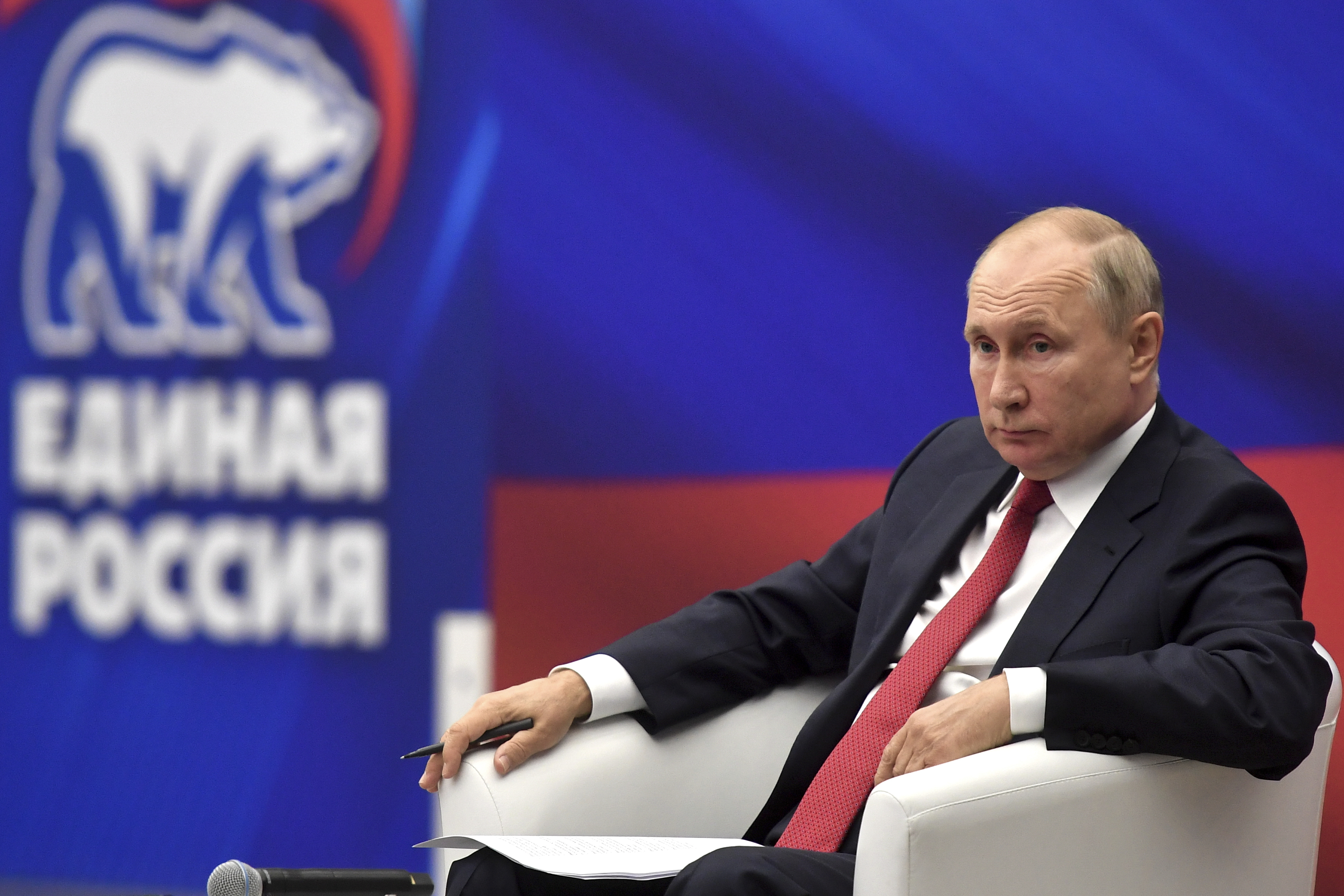 The 68-year-old was to travel to Tajikistan this week for security meetings regarding neighbouring Afghanistan.

A statement from the Kremlin said today that Putin had called Tajikistan's President Emomali Rakhmon to explain why he could not travel and would take the meeting via video instead.

"Putin said that due to cases of coronavirus in his entourage, he has to observe a self-isolation regime for a certain period of time," the Kremlin said.

Last April, conspiracy theorists claimed that Putin contracted Covid after he met with a top doctor who later tested positive for the virus.

The two were pictured shaking hands before touring the hospital while not wearing any protective gear.

Over the past number of months, rumours have swirled over Putin's reported failing health.

In November a source claimed that the Russian leader had cancer as well as symptoms of Parkinson’s Disease.

Political analyst Valery Solovei said of his health traumas: "One is of psycho-neurological nature, the other is a cancer problem.

“If anyone is interested in the exact diagnosis, I'm not a doctor, and I have no ethical right to reveal these problems.

”The second diagnosis is a lot, lot more dangerous than the first-named diagnosis as Parkinson’s does not threaten physical state, but just limits public appearances.

“But there is a fatal diagnosis.

“Based on this information people will be able to make a conclusion about his life horizon, which wouldn’t even require specialist medical education.”

Solovei claims Putin underwent surgery last February and another Russian source went on to claim it was an abdominal cancer operation.

Few gaps in the president’s schedule are apparent at the time but it is claimed his first appearance after the surgery was to lay flowers in St Petersburg memorial site on February 19.

Solovei is a political scientist and historian and the former head of the Public Relations Department Moscow State Institute of International Relations, one of the most prestigious universities in Russia.