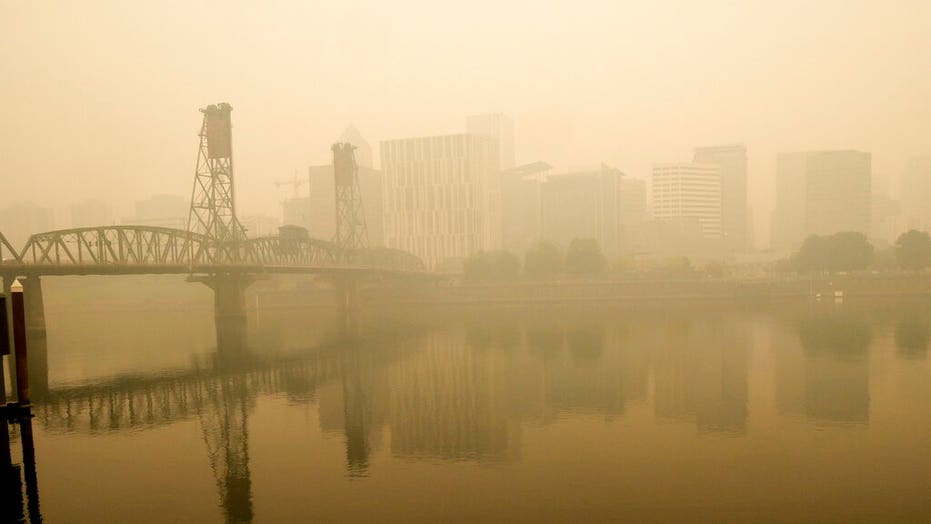 At least 34 people were killed in the Western wildfires; Christina Coleman reports on the latest.

Forecasts of light rain in the Pacific Northwest raised hopes that firefighters could control some of the wildfires raging in Oregon Thursday.

But rain also carries the risk of flash flooding in areas that have burned, according to the National Weather Service. Areas near the Archie Creek and Thielsen fires are flash flood watches until 11 p.m. PT Thursday.

“Locally heavy rain is possible late this afternoon through this evening across the Cascades and Cascade foothills,” forecasters said. 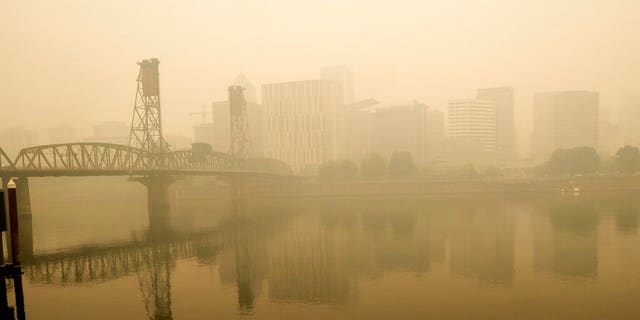 In this photo provided by Don Ryan, heavy smoke from wildfires envelops the Willamette Bridge and downtown Portland, Ore., Sept. 16. Dangerously dirty air spewing from the West Coast wildfires is seeping into homes and businesses, sneaking into cars through air conditioning vents and preventing people already shut away by the coronavirus pandemic from enjoying a walk or trip to the park. (Don Ryan via AP)

Glide and a stretch of Highway 138 near the Archie Creek Fire near Diamond Lake also could be vulnerable to debris washed down from steep, burned-out areas, according to the weather service.

But the rain also could help improve horrendous air quality caused by smoke from the fires raging across the West Coast, Oregon Public Broadcasting reported. 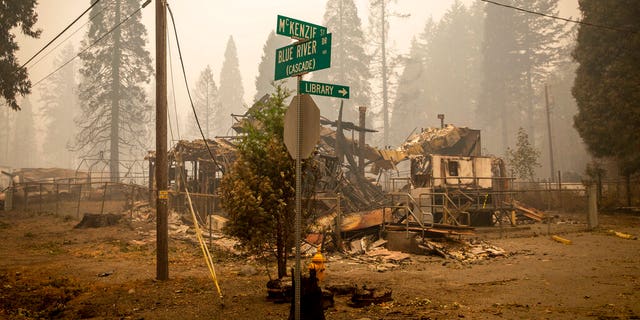 Land and property at an intersection is scorched, Sept. 15, in Blue River, Ore., eight days after the Holiday Farm Fire swept through the area’s business district. More than 300 structures have been destroyed in the fire. (Andy Nelson/The Register-Guard via AP, Pool)

Rainfall will change the atmosphere, pushing smoke-free air from above 3,500 feet downward to dilute the smoke, NWS meteorologist David Bishop told the outlet.

Authorities also warned drivers that as little as a foot of floodwaters can sweep a car away.

More than 30 people have died across Oregon, Washington and California in the wildfires in recent weeks — 25 in the Golden State alone, according to authorities. Some of them were found trapped in vehicles or near roads, killed while apparently trying to escape.

In California, which is still experiencing a drought, authorities said there were at least 26 major wildfires burning Thursday, with more than 17,000 firefighters battling them and more than 100 aircraft involved in the effort. 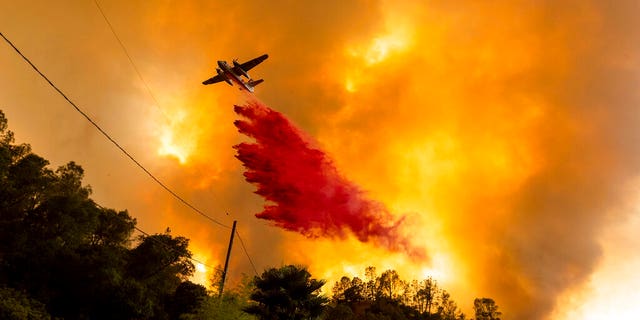 In this Aug. 18 photo, an air tanker drops retardant as the LNU Lightning Complex fires tear through the Spanish Flat community in unincorporated Napa County, Calif. Two unusual weather phenomena combined to create some of the most destructive wildfires the West Coast states have seen in modern times. (AP Photo/Noah Berger, File)

Hundreds of Marines and Navy sailors were set to begin firefighter training this week to help take on the record-setting wildfire season. They will join Army soldiers already helping out in the state.